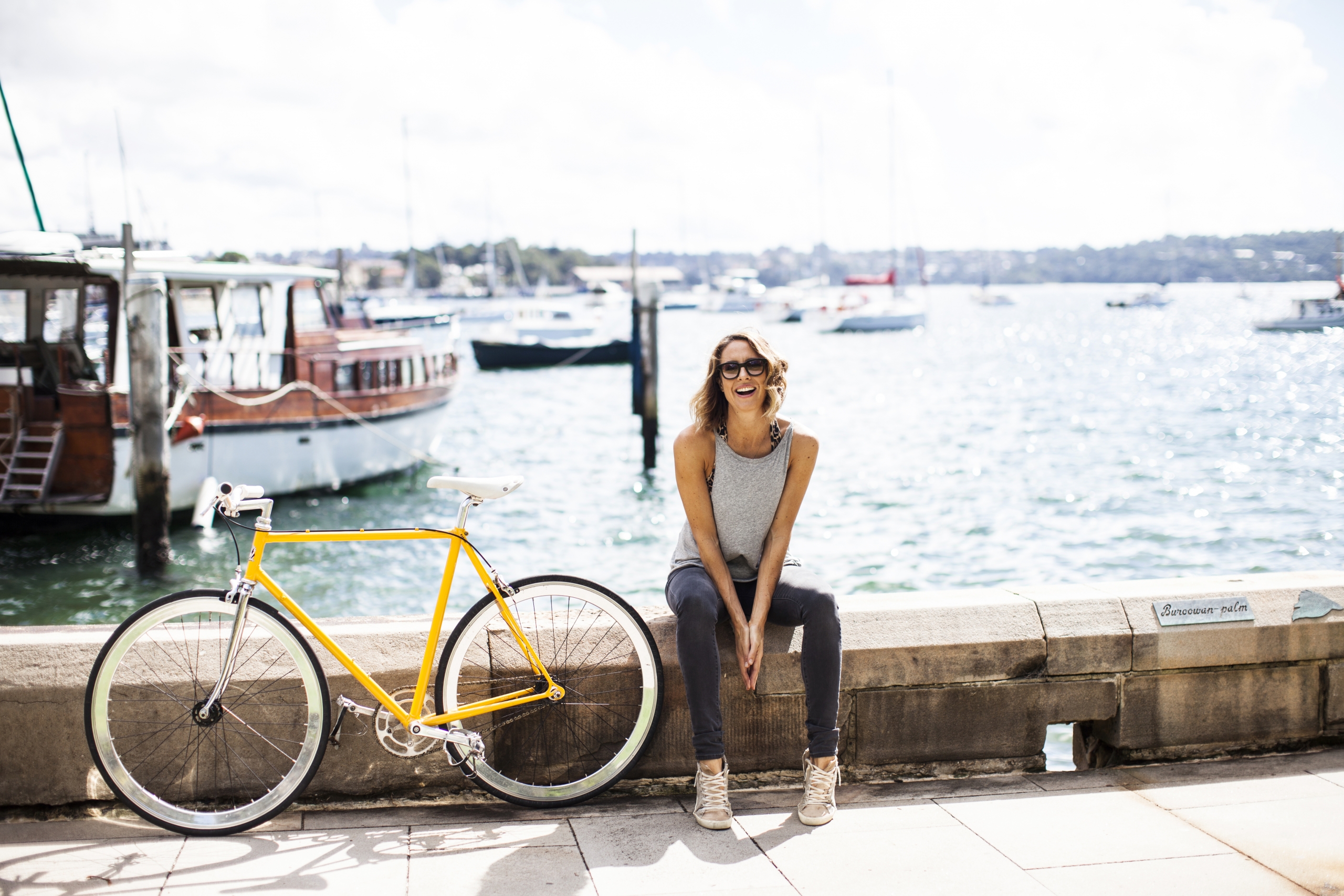 As well as being a NYT-bestselling author, founder of the hugely successful ‘I Quit Sugar’ movement and ex-editor of Cosmopolitan magazine, Sarah Wilson‘s also a self-professed minimalist – a word she feels is now linked to a trend that has little to do with authentic, back-to-basics minimalism. We spoke to Sarah for the Living with Less feature in Issue 36 of Peppermint, and found out exactly what adopting a bare-minimum lifestyle means to her.

For me, minimalism isn’t just for Christmas. It’s a philosophical and, I would say, spiritual concept or approach rather than yet another capitalist construct, which is how I think it’s been interpreted by many. Unfortunately, the minimalist movement has been caught up with that Scandinavian aesthetic that people then buy into – I just see it as another form of consumerism, to be honest. When I first started talking about this stuff 10 years ago, I pointed out that since the minimalist movement has been around the consumption of storage boxes has gone through the roof – so that’s what people are doing. Also recently, there’s been this notion of ‘decluttering’ with all those books that have come out. People love the idea of it – they chuck out all these perfectly good things, but then go and buy more eventually once the novelty has worn off.

I grew up on a country property outside Canberra in the mountains. My parents weren’t hippies by any stretch of the imagination – they were just broke. But they also found the whole idea of consuming a bit tedious and boring. Dad was 17 when he bought his first car and I was 17 when he finally sold it – it was in perfect condition. He’d buy second-hand versions for 200 bucks, pull out all the parts that were better than the ones in his car and continually rebuild it. That’s how we lived – everything was repurposed. We had no garbage collection, so we simply had no garbage. Everything was reused. So I guess I grew up with that mentality. I’m the oldest of six children and we’re all pretty much like that – we ride our bikes everywhere, as do our parents. It’s almost an addiction to simplicity, I guess. It’s just so much more efficient.

I moved out of home young, and I didn’t have money for most of my life. Now I’m 43 years old and I still live like a uni student. I just got back from travelling for almost five months with just one eight-kilogram bag. I went away with three pairs of underpants and in the end I came home with one pair – I came back with less than I went away with. I’m still living this way. I’ve been back a while, and I’m still wearing the clothes I was traipsing around Europe in. A lot of people ask me how I do it, and I’m like: “I just simply don’t go to the shops.”

For the past eight years I’ve been living out of two suitcases of belongings quite nomadically. I’ve not settled into a house, so I’ve been floating from place to place: I’ve been in Byron Bay in a shed in the forest for a year and a half, and I lived up on Sydney’s northern beaches in a house that was about to be demolished, which the owners were happy for me to stay in. I go to where there’s an opportunity and the facilities are already there, so I don’t have to buy more infrastructure. I just prefer less – less means less maintenance, less storage, less bother. I guess every part of my life operates that way.

I believe happiness comes from consuming less. People don’t see that consuming isn’t just buying shoes, it’s everything: it’s the way you cook, it’s the way you eat, it’s using fewer ingredients. Our food is too complex because we’ve got thousands of ingredients, and everyone’s wondering why they’ve got digestion problems. I have a zero-waste food policy. Everything is used – the peels, the stems, the stalks. And not because I’m trying to make a statement, because nobody sees it except me. It’s because I’m terribly lazy and I don’t want to go to the shops.

Because of buying less, I have more freedom of movement and more time. People often say, “You’re so lucky, you get to go hiking all the time and you do all these things.” I’m like, “Well, I do it while you’re at the shopping mall on a Saturday. That’s why I have the time.” I think also, once you get into this mentality, you start to really get a sense of what matters. It starts to become slightly addictive. So what happens is every weekend that I should, for example, go buy a new pair of underpants, I put it off. Another week goes by and then, what do you know, six months goes by. You realise that you just don’t need as much. I guess you really gain a sense of perspective.