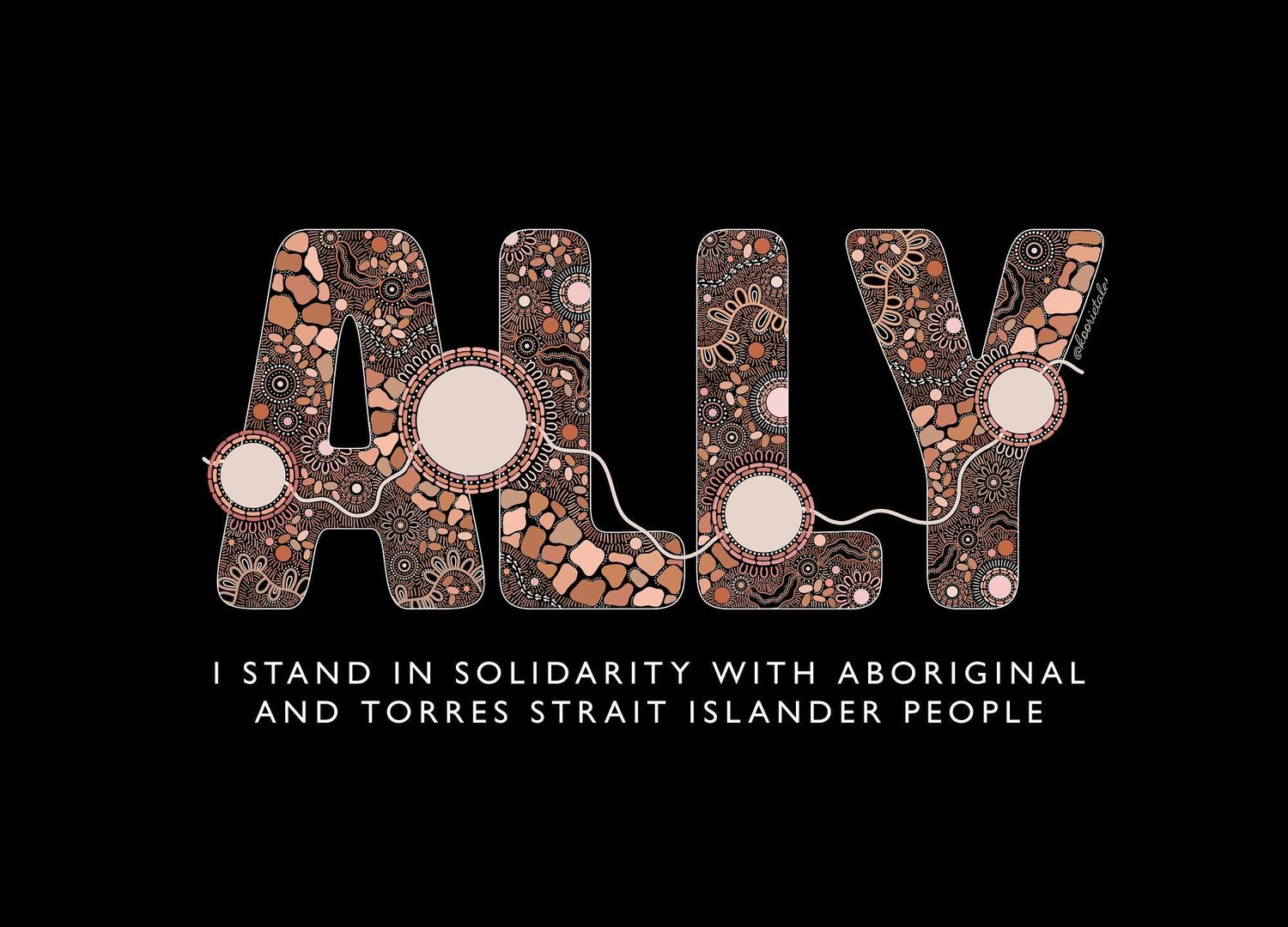 above ARTWORK BY HOLLY MCLENNAN-BROWN OF KOORIE TALES

The 26th of January is a day commemorating formal incursion into Aboriginal lands by colonist invaders, that for some reason (racism, political inertia and racism) is classified as a public holiday in Australia. Only a nationally recognised public holiday since 1994, Aboriginal people have been marching on 26 January since 1938. So whether you call it Invasion Day, Survival Day, Day of Mourning or 26 January, we know you know this is not a date to celebrate.

But what should you do instead? We’ve pulled together a bunch of resources to help you answer that question. There are many ways to effectively and respectfully show support for First Nations communities and call for change. How will you get up, stand up and show up this year? 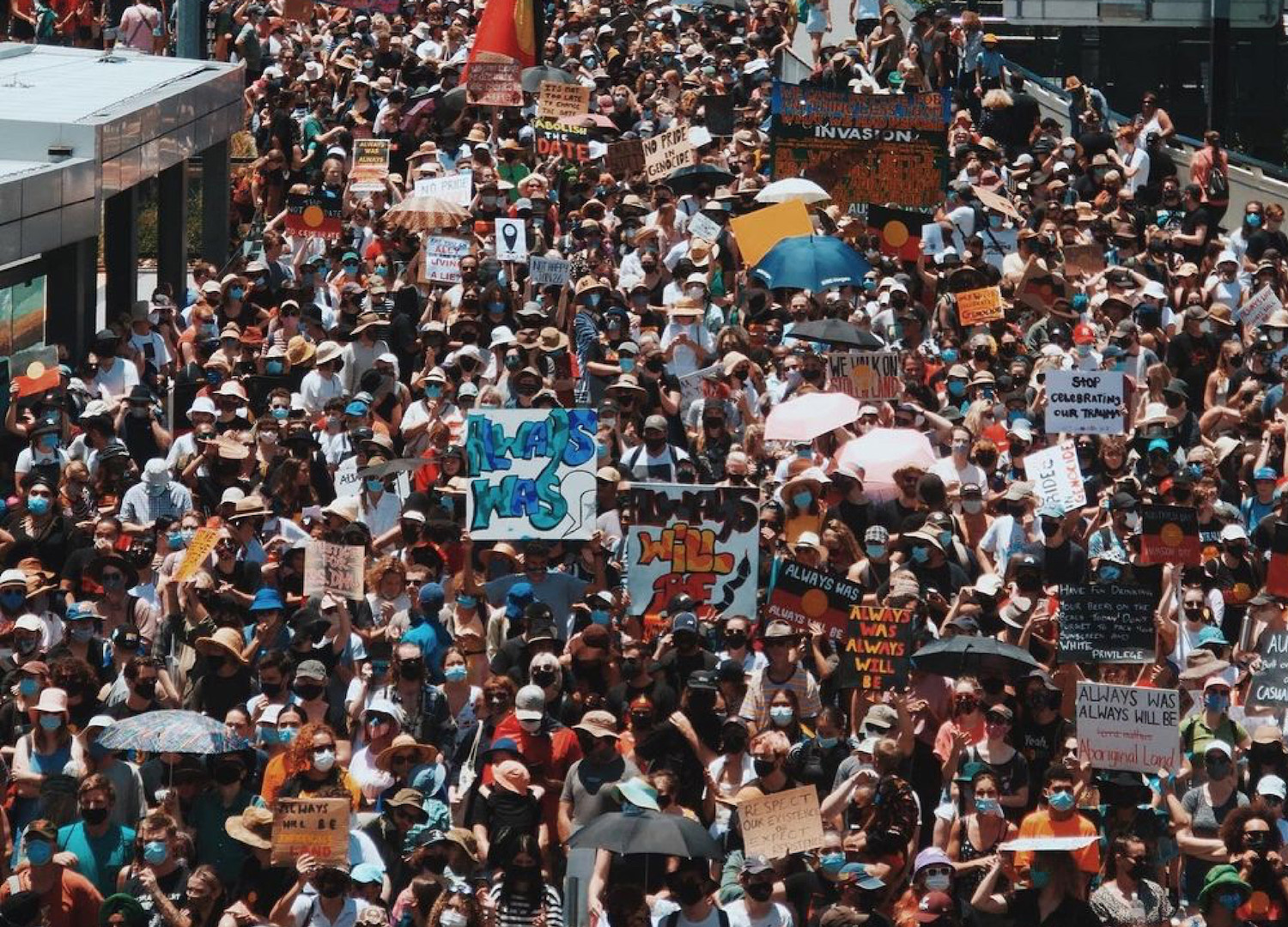 GO TO A PROTEST

For some, going to a protest on 26 January is as much a tradition as outdated ideas of backyard barbeques. Show up, be counted and lend your voice to support an Aboriginal-led event.

ANTaR publishes a listing of events happening nationwide on 26 January. You can look up what’s going on in your state or territory and then find more information on Google or social media.

If you want to wear your values marching, while also supporting First Nations businesses, here’s a non-exhaustive list of some brands and artists selling ally-friendly merch with meaning to wear year-round. 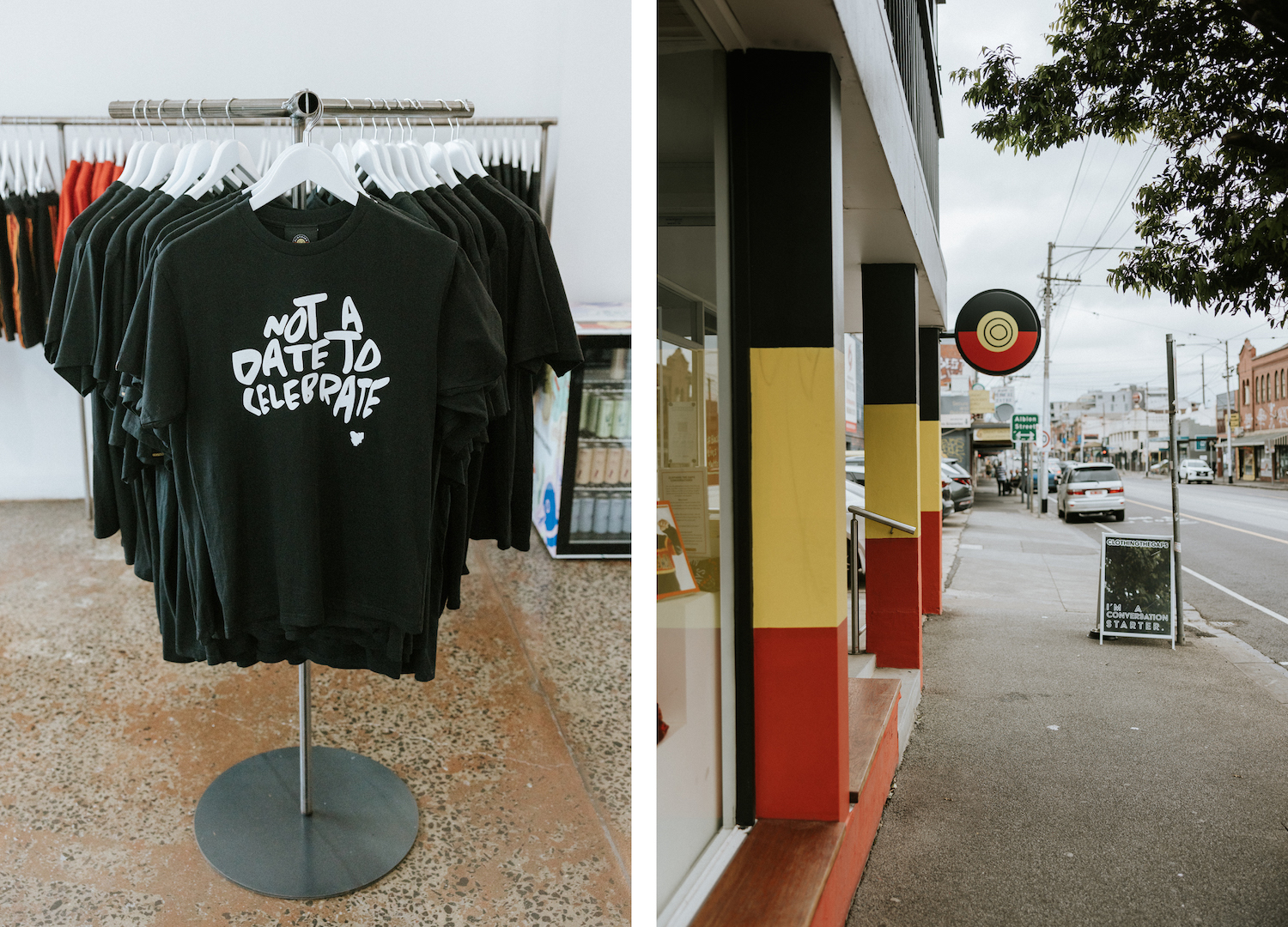 above CLOTHING THE GAPS’ NAARM STORE BY CATHERINE ELISE

While calls have rightfully changed from #ChangeTheDate to #AbolishTheDate as the nation pauses to reflect what it is the public holiday actually “celebrates”, a growing number of Australians are committing to going to work and not taking the public holiday.

Change It Ourselves is a group that supports employees and employers to swap public holiday benefits to a different day. Talk to your employer, check out how your workplace can get involved and be mindful that you are not also turning your mind away from the hard work that must be done on these Stolen Lands for reconciliation.

Take the opportunity to educate yourself and listen to the words of Indigenous writers and thinkers on the problems of 26 January and First Nations history (or send them to those friends and family who may be a bit behind the times).

Gamilaroi Man Luke Pearson: Why I No Longer Support #ChangeTheDate

A Short History of the Australian Indigenous Resistance 1950 – 1990

As Nick Harvey-Doyle says, “For most allies, 26 January is a day to demonstrate active participation in a nationally significant issue. But for First Nations peoples, it is just one day out of a lifetime committed to advocacy.”

The best thing you can do on 26 January is commit to sustained support – being a First Nations ally all year round.

If you’ve got reparation dollars burning a hole in your pocket, you can always put your money where your morals are. Gomeroi woman Amy Thunig has created this excellent list of First Nations-owned businesses to buy from. For more large-scale business end partnerships, Supply Nation is Australia’s leading database of verified Indigenous businesses. And you can always contribute to the Pay The Rent Grassroots Collective.

You can support more targeted First Nations causes and campaigns, whether with your money, your voice or your time as a volunteer. Though it may not always seem like it, the power to change the status quo is in your hands.