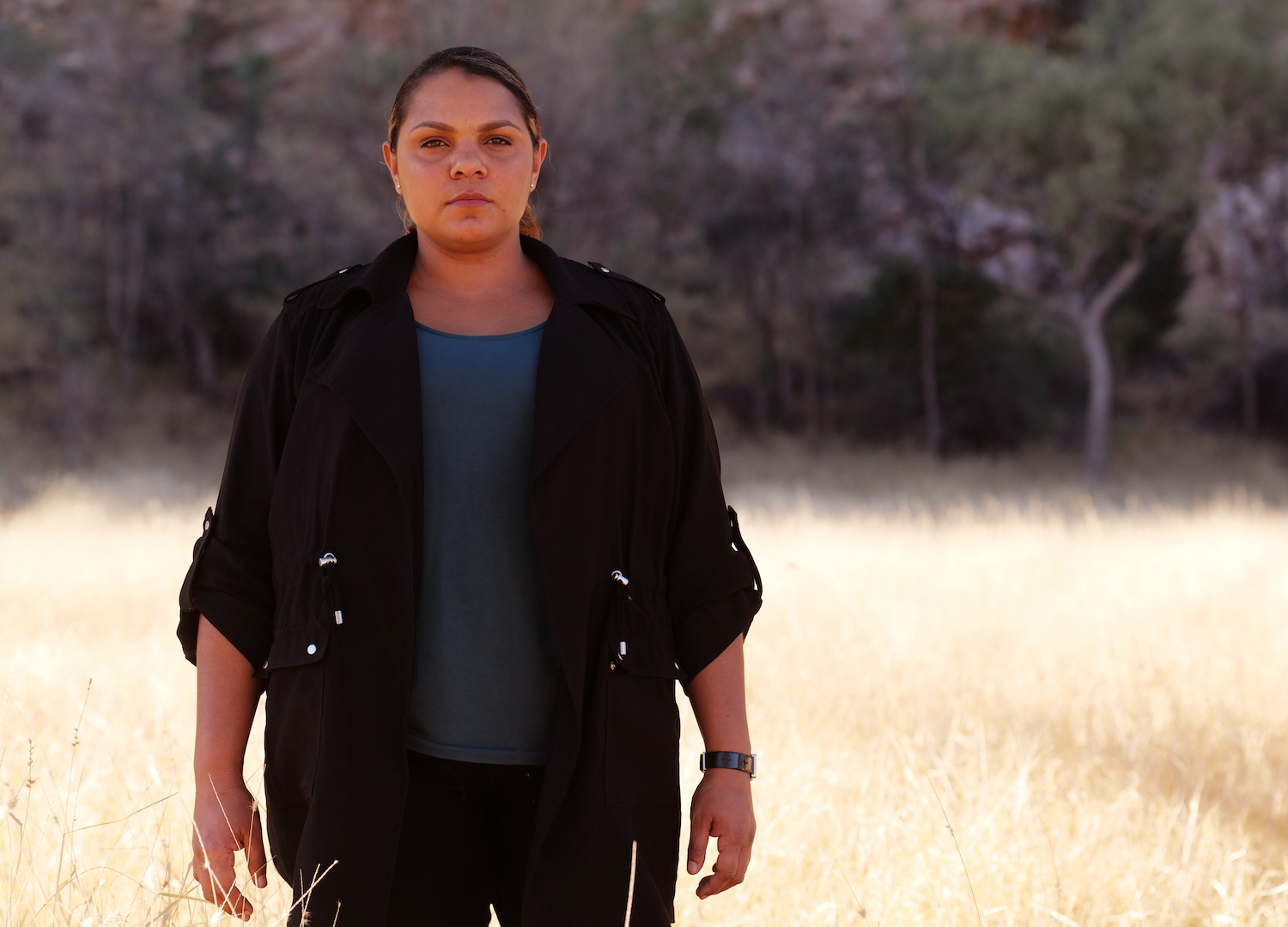 One of the more invisible tragedies of colonisation is the extinction of First Nations languages. Of the 250 spoken at the time of British invasion, only 120 First languages are still spoken today. And while we may be seeing instances of language being used more and more, particularly with regards to traditional place names, rarely do First languages make their way into film and television productions. Until now.

“I was up home in Arnhem Land and I received a phone call from Penny Smallacombe from Bunya Productions,” Rarriwuy remembers. “She was like, ‘Hey darl! There’s a lead role. Detective. Alice Springs, Northern Territory. What do you reckon?’ It was a straightaway, ‘Yeah, I’m in.’”

The series sees Rarriwuy and other cast members move freely between Arrernte and English in what is being hailed as a groundbreaking development for Australian television. Fascinated by language, Rarriwuy, who speaks seven Indigenous dialects, jumped at the chance to be involved and learn Central Arrernte for the role. “I know how important language is to a person’s identity, who they are and where they come from, especially Indigenous languages,” she says. “This was something that was very important to me and spoke very true to who I am as a person.”

I know how important language is to a person’s identity, who they are and where they come from, especially Indigenous languages. This was something that was very important to me and spoke very true to who I am as a person.

Travelling to Mparntwe (Alice Springs) a month before shooting began, Rarriwuy was taught language by Arrernte and Warlpiri woman Marie Ellis, using her own language, Yolngu Matha, in what she describes as a “beautiful exchange”.

“It just helped me understand what I was saying,” she says. “Otherwise, you’re just saying words, right? I need to feel it. I need to know exactly what I’m saying. So when I was able to translate the Arrernte word to Yolngu Matha, I went, ‘Ah, that’s what I’m saying. That’s what I’m talking about.’ I couldn’t really feel it with English.”

Prioritising and respecting Country then, was critical to the show’s success, and something Rarriwuy credits to show creators Erica Glynn and Warren H Williams, and writer Steven McGregor. “I think if you see our Country through our eyes and our stories, then you’re gonna see this Country very differently,” Rarriwuy shares. “Ok, so we’re talking about the desert because True Colours was set in the desert. Maybe a non-Indigenous person, writer or director will – and this has happened many times – get lost in the vast openness, and maybe they are afraid of it. But you have someone like Erica Glynn or Warren H Williams or Steven McGregor come in, they create the show and Country holds you. It will either hold you and embrace you or it will also hold you accountable for maybe some of the ways that you have broken Indigenous law. There’s mothering there. You’re one with it.”

“Marie Ellis would always say, ‘This is our supermarket. This is our pharmacy. It’s all there,’” she continues. “The people we’re working with, they’re doctors, they’re teachers, they’re healers. There might not be a document, a piece of paper, to say that, but there’s more than 50,000 years of knowledge that Aboriginal people carry.”

The show follows Detective Alma who is sent back to Perdar Theendar, an Indigenous community she left as a child, to investigate a suspicious car accident. It explores culture, community, the very human pursuit of identity and the realities of living in two worlds, something Rarriwuy thinks all First Nations peoples can resonate with. 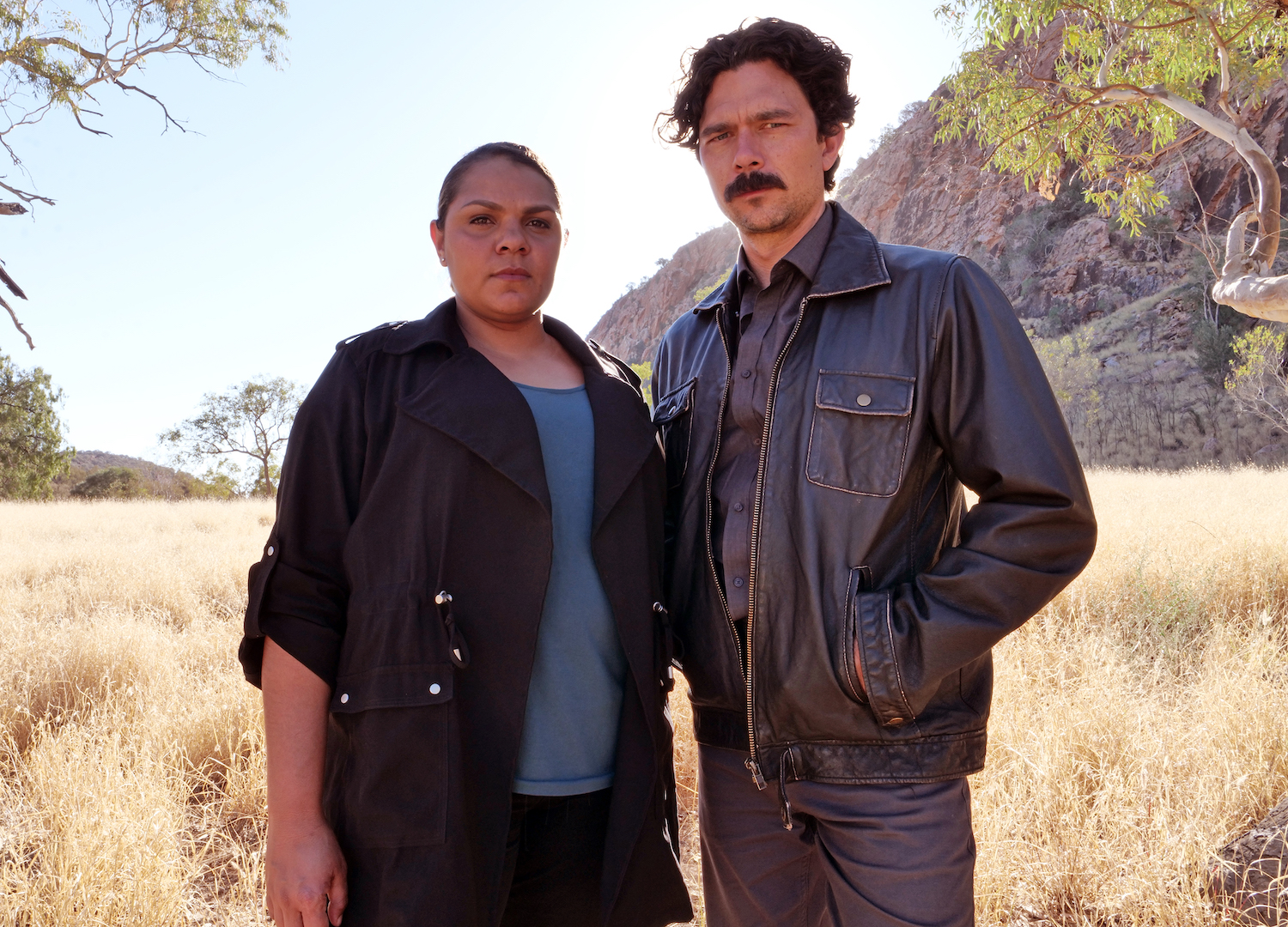 “I think you’ll always find with Aboriginal and Torres Strait Islander people, this is our daily lives,” she shares. “We’ve got to live between two worlds and then there are whole other layers. The Northern Territory is a very different pace and culturally different to Sydney, let’s say. And I’ve been living between the two worlds my whole life. I’ve had a lot of challenges with that. A lot of people would say, ‘You’re so lucky, you’ve got the best of two worlds.’ But it was really challenging. It’s not easy at all. I think you find a way to live through it and live with it. But you’ll always face these challenges because our values and our laws are very different.”

At the beating heart of the series is a deep belief in the power of storytelling to honour both culture and Country. “It doesn’t matter where you come from; images, painting, film, music, acting, you tell that story and people can really feel that,” Rarriwuy says. “People invest and trust that character and really want to go on that journey with you. I mean, just look at the Indigenous content that has been made over the last, let’s say, 10 years. That has changed the way, I think, all Australians embrace this beautiful, oldest-living culture that we have, right here in Australia.”