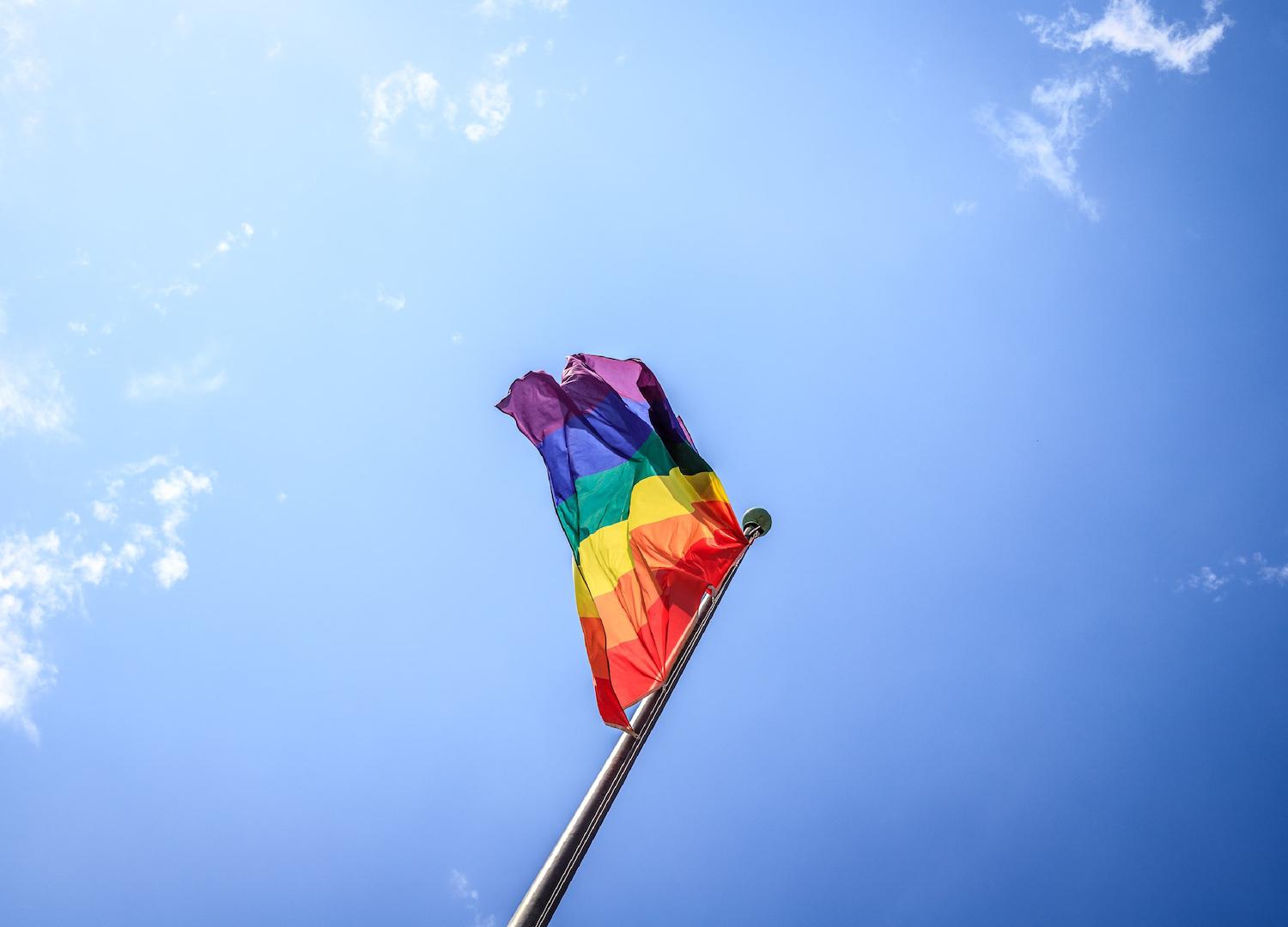 Pride Month is here, which means it’s time to pop open a bottle of champagne, buy something with a rainbow on it and head on down to your local gay bar to sing-shout ‘Born This Way’ by gay Jesus herself, Lady Gaga! Because that’s what pride is all about… right? Walton Wong dives a little bit deeper to look at rainbow washing, allyship and how to be a good ally all year round, not just during Pride Month.

At its inception, Pride Month was used to commemorate the Stonewall Riots in New York City, which transpired at the end of June 1969. With a rich history behind it, the meaning of Pride has always remained the same – an acknowledgement of the LGBTQIA+ community’s resilience in the fight for equality and to celebrate the progress that’s been made.

In recent years, the meaning of Pride Month has been watered down – lost in a daze of rainbow washing and slowly becoming a token of fake allyship. With big conglomerate corporations claiming to be “allies” while remaining tight-lipped on issues that affect the community they aim to profit from, Pride is so much more than slapping on a rainbow and using the hashtag #LoveWins – it’s an enduring symbol for addressing the history of struggle and oppression faced by LGBTQIA+ folks.

What Is Rainbow Washing?

As June arrives, so too does rainbow washing. Though it may sound like something fun, like a gay laundromat or carwash, it’s neither of those things. Rainbow washing, similar in its effect to green washing, occurs when a business (or any for-profit organisation) stamps the rainbow flag on merchandise and/or uses queer themes in advertising in a basic attempt to appear as an “ally” in order to gain customer loyalty (and more importantly… our money) while not making any real change to effect change and support the community.

Eventually July rolls around, and in one sweeping motion, the rainbow rug is pulled out from under us, the factory reset button is pushed and it’s back to business as usual. See you next June… Don’t forget your wallet! 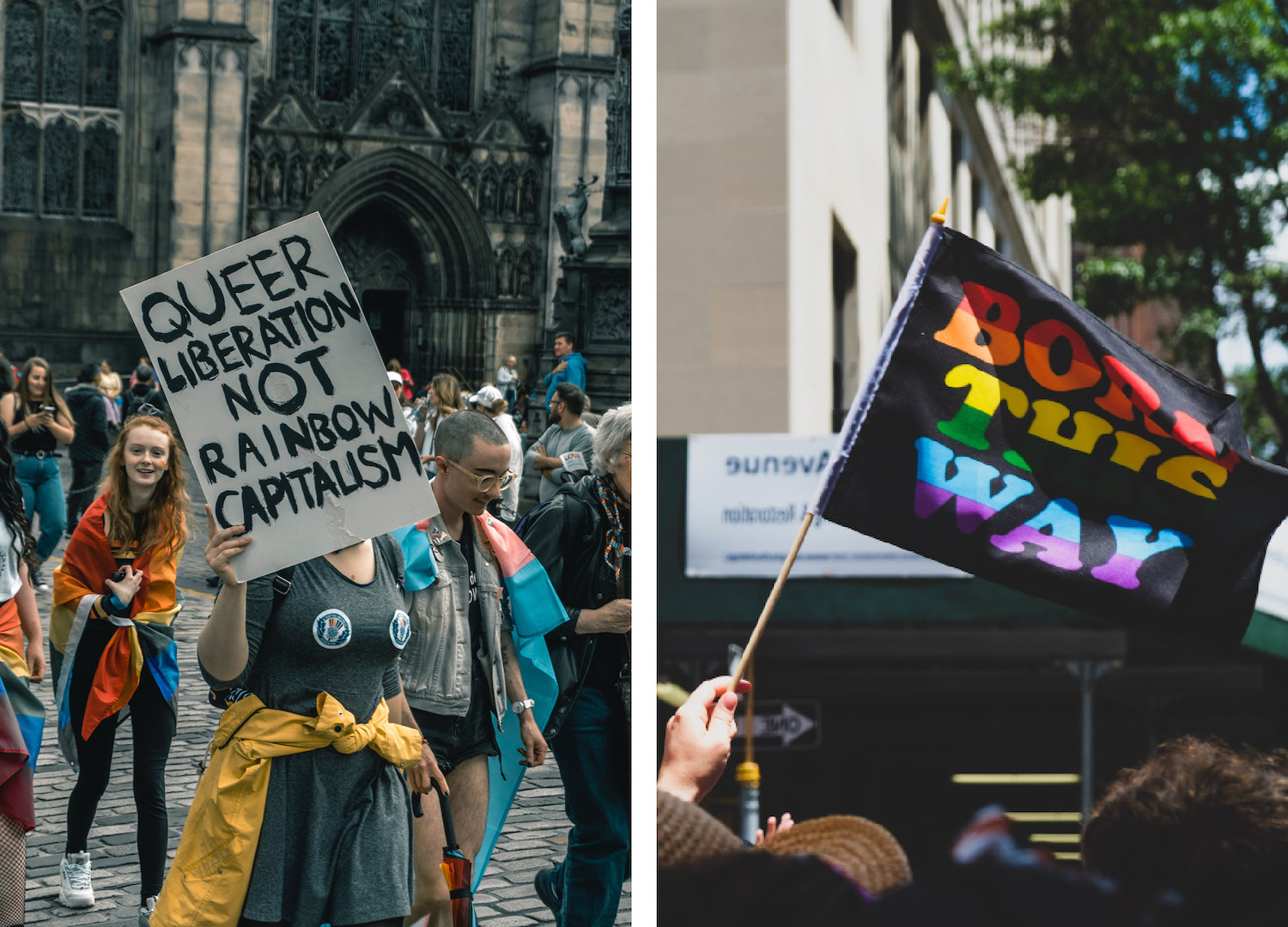 Big corporations (like designer fashion houses, big oil, supermarkets and even ride-sharing companies) who partake in rainbow washing typically transform their social media platforms into bright spaces for the month of June, filled with rainbows and homos. They employ tactics like temporarily adding a rainbow to their logo, using hashtags like #LoveisLove, parading around LGBTQIA+ staff members as props and shoving rainbow-stamped products down our throats, commonly supplemented by a celebrity endorsement. If we’re lucky, they might even donate a sum of proceeds to queer charities… or just ambiguously infer doing so. These attempts to pander to queer folks and true allies are performative acts of disingenuous solidarity.

With the growing economic powerhouse that is the queer dollar, commonly known as “pink money”, globally valued at around 3.7 trillion dollars, according to LGBT Capital, it’s not surprising that big corporations are willing to put on this month-long performance every year to cash in on that pretty pink moolah.

Why Is Rainbow Washing Harmful?

The practice of rainbow washing is detrimental to LGBTQIA+ folks because it’s nothing but an empty gesture. Well-meaning people support these companies with the goal of showing allyship but fail to realise they’re not creating any tangible change for the LGBTQIA+ community. The continued corporate commodification and profiteering of the rainbow has relegated the symbol to a basic badge of performative allyship; it’s become a tool for launching Pride-themed products, endorsements and making cold, hard cash.

Historically, however, visible support is something that was denied to the LGBTQIA+ community – and something that many still are fighting for to this day. It’s still meaningful to stand up, speak out and show solidarity, but we need to be critical of the intentions behind the rainbow in order to hold companies to a higher standard of allyship. 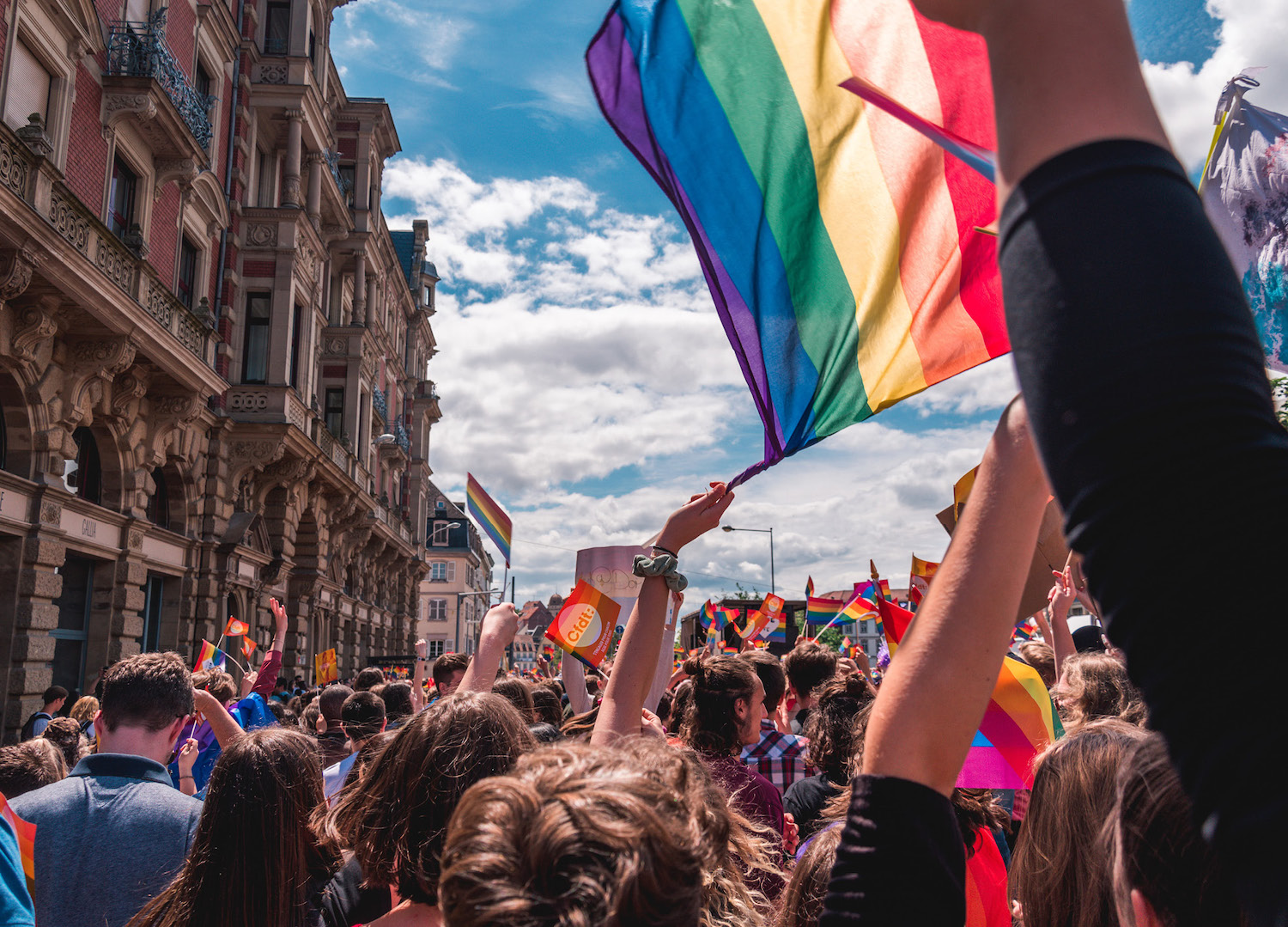 So… How Can I Be A Good Ally All Year?

Though a small (and fun) part of allyship is showing up to Pride once a year with your best Judy, rainbow flag in hand, and a mission to have one (or thirteen) cocktails, being a good ally is about showing up for LGBTQIA+ people all year round. Here’s a list to serve as a starting line on your journey to being a good ally:

Learn about the history and struggles faced by queer folks. Research what has been done, what has worked and what still needs to happen to achieve equality for all. Knowledge is power!

To understand how to help LGBTQIA+ people, you need to listen to what they’re telling you. Get your hands on all the resources you can, whether it be podcasts or listening to a friend who is part of the community. And while you’re at it, share stories by queer folk while making sure you aren’t centreing yourself in the conversation. As an ally, your priority is to listen and offer support when appropriate.

Before choosing to post about issues pertaining to the community, be aware of the motivations behind your posts. Ask yourself, “Am I posting this with the intention of being a good ally, or am I posting this to win ‘woke’ points?”

As a person of privilege, your voice has access to circles others don’t. If you hear someone making a derogatory joke, take them aside and have a conversation. It’s important to come to terms with the fact that your comfort often comes at the expense of marginalised groups. Own up to your participation in discriminatory systems. By going with the flow, you’re directly benefiting from the structures that go against the oppressed.

Learn From Your Mistakes

As a human, you will say or do something wrong. Own up to it and don’t make the same mistake twice.

Lastly, keep showing up to those marches, talking to your peers, signing petitions, volunteering your time and donating if you are able. Pride is a year-round event.