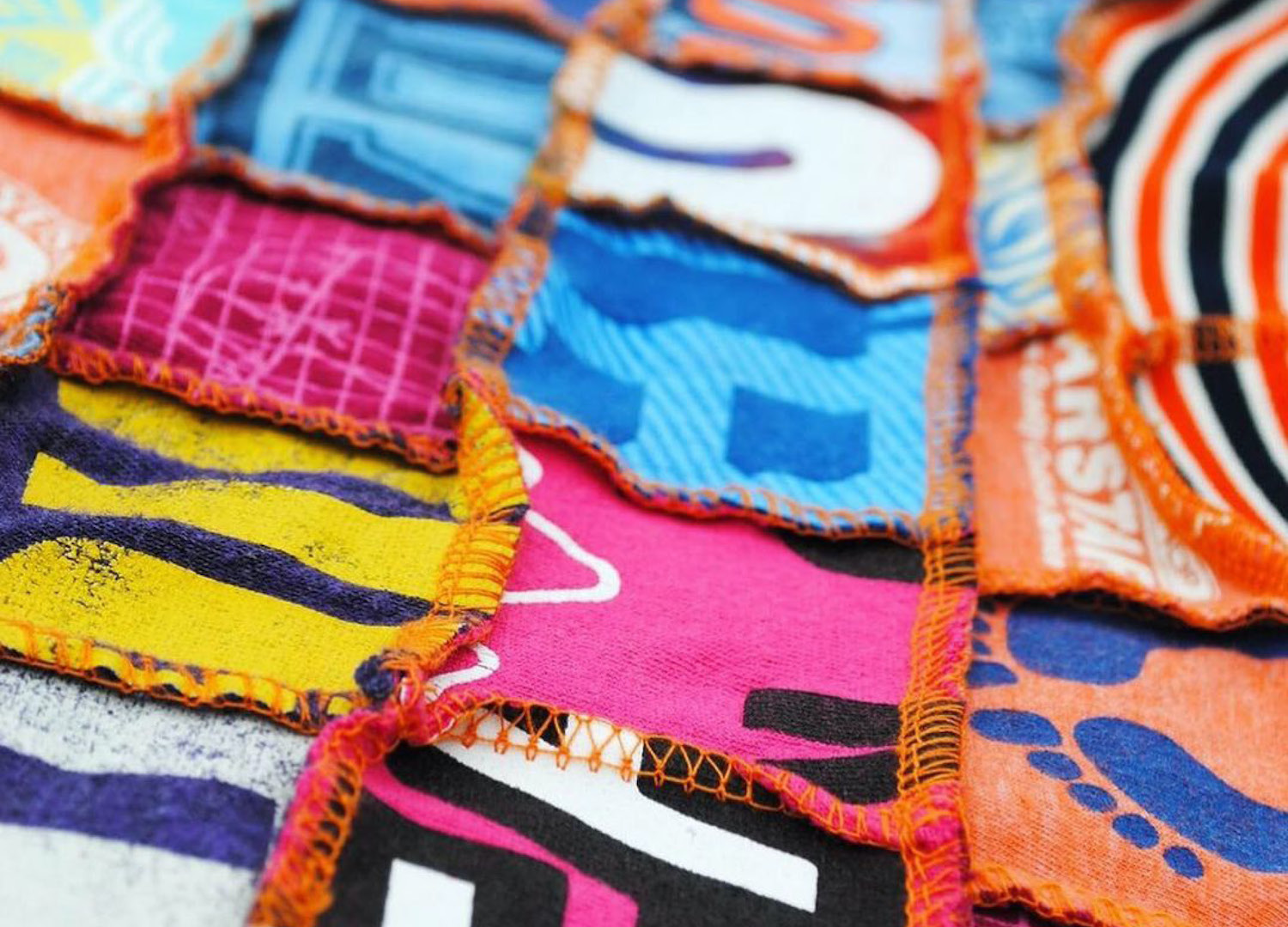 Previously the purview of grandmas and Raggedy Ann dolls, patchwork is current, fashionable and dare we say it, even sexy?

You may have noticed it a couple of years ago when quilted coats à la Psychic Outlaw were the cool (and cosy) accessory of choice, but it has since spread from coats to clothes of all kinds. From Cada Todo’s signature patchy goodness to NSW-based slow fashion brand Betty and Eve’s sold-out Scrappy Dress to fast-fashion big boys jumping on the edgy, exposed-seam patchwork train, patchwork is – to use a phrase that has been lodged permanently in our brains since Will Ferrell uttered it back in 2001 – so hot right now. 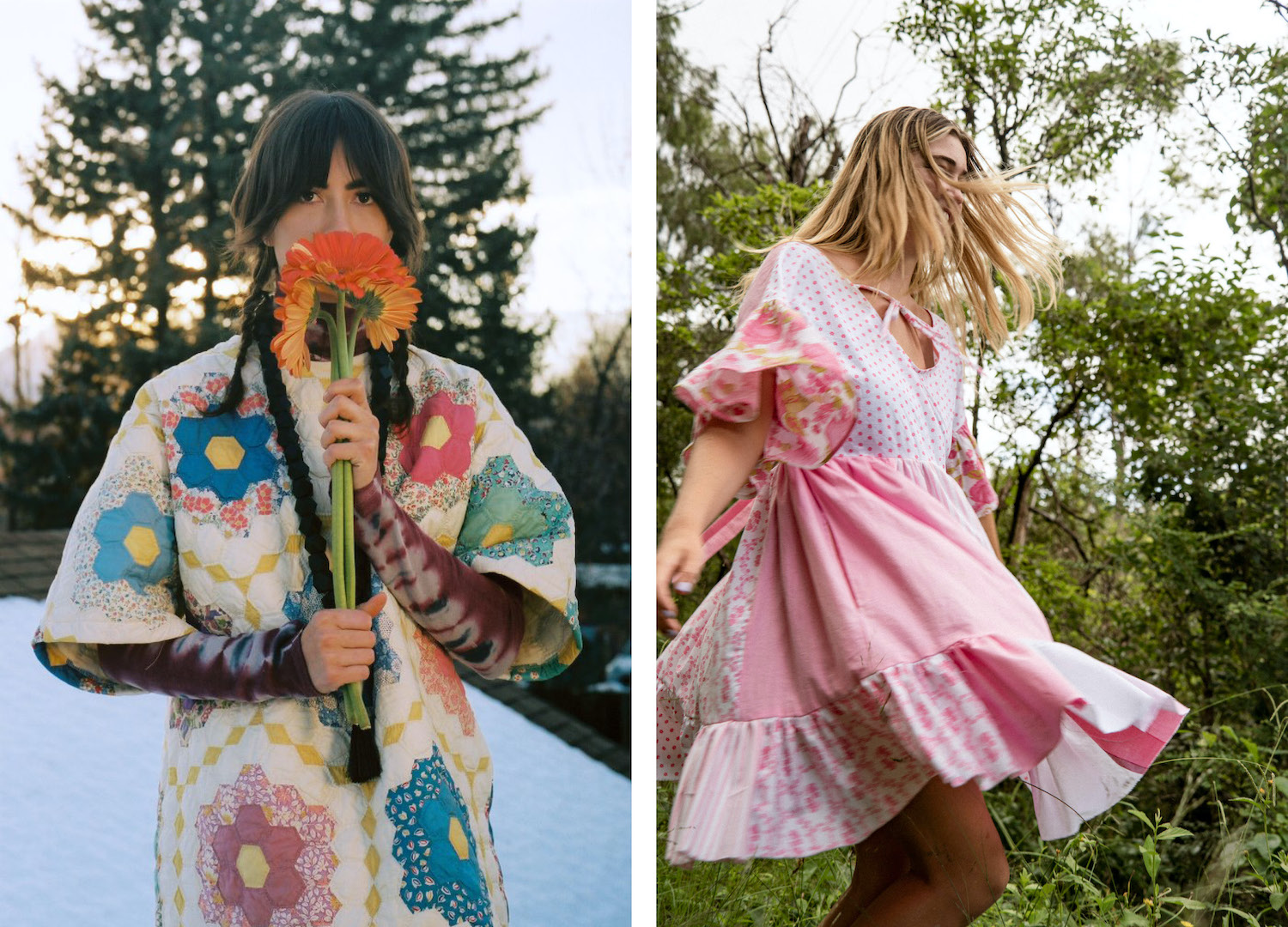 Apparently the children on TikTok, showcasing their signature linguistic tics and compulsive need to commodify things they enjoy into a unified aesthetic, are calling it “quiltcore”. 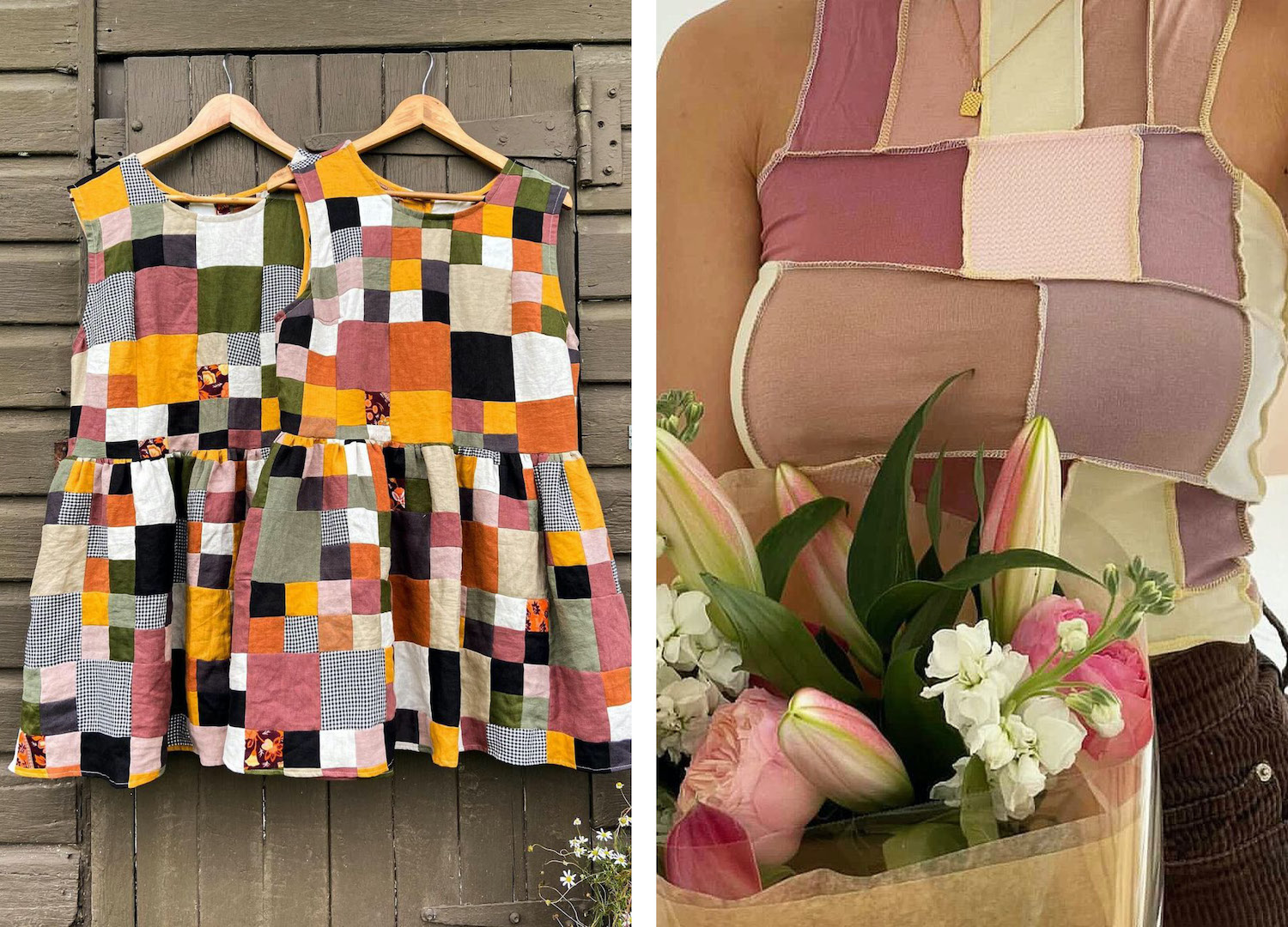 above BETTY AND EVE  // ROSAYAB

So what is patchwork?

Patchwork, or piecing, is the process of sewing together small shaped pieces of fabric (usually tessellating shapes like squares, triangles, hexagons) to create a larger piece of fabric. Patchwork is one of the primary construction techniques used in quilting, however, in a court of sewing law, ‘quilting’ and ‘quilts’ refers strictly to the process of sandwiching wadding or batting between two layers of fabric and stitching all three together.

Patchwork is often done in ‘blocks’, which are kinds of patterns which contrast pieces of different colours and fabrics to make specific designs. Many blocks common enough to be in the established patchworking canon have fun folksy names like Log Cabin, Drunkard’s Path or Bear’s Paw. However, there are many other forms of patchworking including overall patchwork, crumb piecing, English paper piecing and crazy quilting.

The practice of patchwork has been found throughout history and in cultures all around the globe. Earliest evidence of the technique can be traced back to Ancient Egypt where they used it in their clothes, wall decorations and furniture.

Patchwork can be used as a purely decorative and stylistic choice, but it also has a history as an ‘technique of economy’ – a way of using up fabric scraps or extending the working life of a garment. In this way, it is quite a sustainable practice and is often used in visible mending circles. Patchwork saves money, fabric and waste, but it does cost a little bit of extra time and effort which is why you’ll see brands that take more a of mass-produced approach to their clothes tackling this trend by printing clothes with a pattern reminiscent of patchwork rather than going through the effort of piecing all their fabric together. 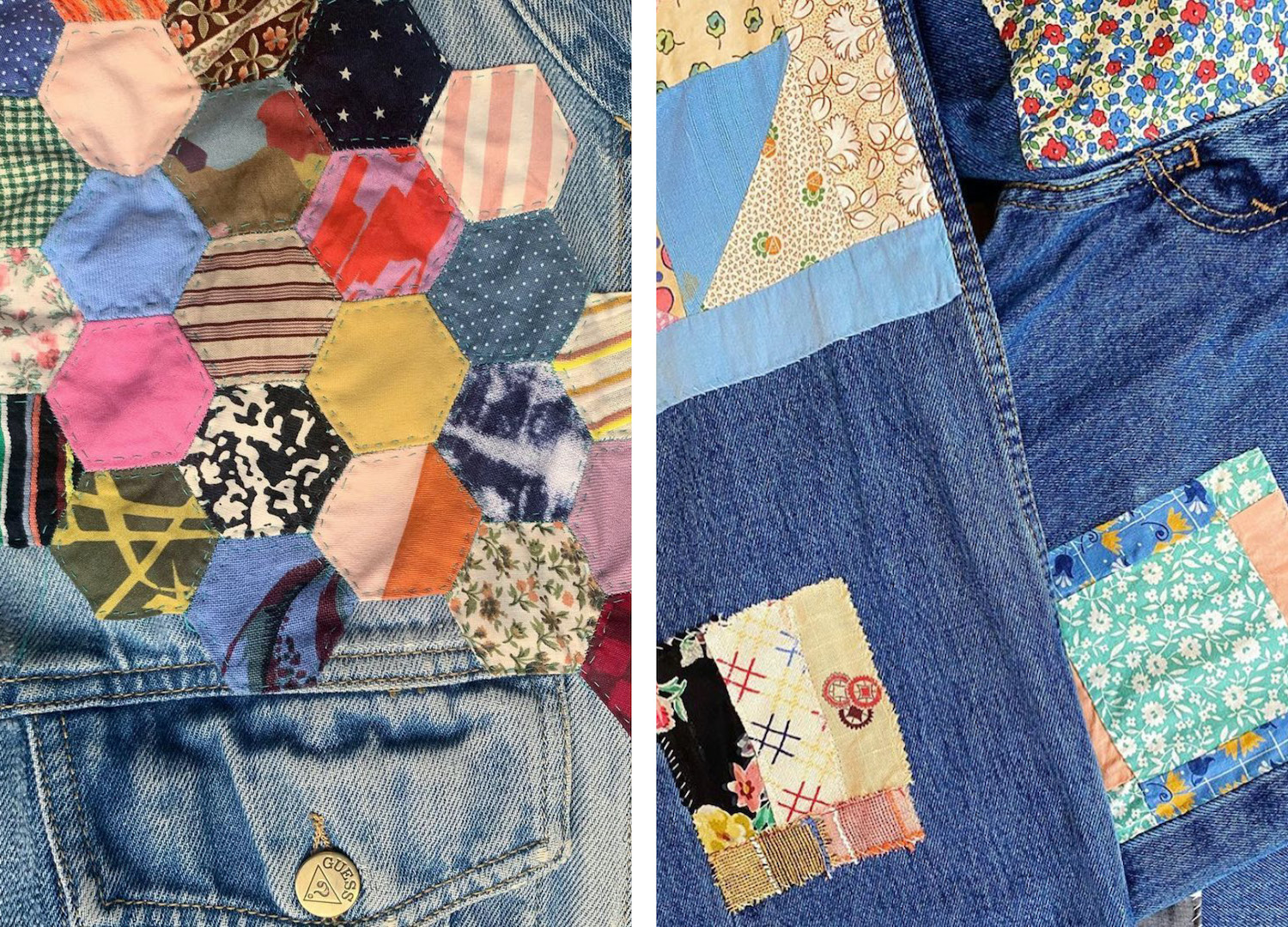 Patchwork had a big mainstream fashion moment in late ’60s and early ’70s and a brief resurgence in the ’90s following that ol’ reliable 20-year rule. Is patchwork’s current popularity just another turn of that endless wheel called the fashion cycle?

Maybe and maybe not. Style elements from those specific decades are en vogue right now but our current preoccupation with patchwork does not appear to be a straightforward aping of past aesthetics. Rather it unites modern silhouettes and styles with an appreciation of the technique itself. Something we have seen over the past three years of the global pandemic is a rise in interest in traditional craftwork of all kinds – making bread, sewing, knitting, crochet and now perhaps patchwork has joined the trend. 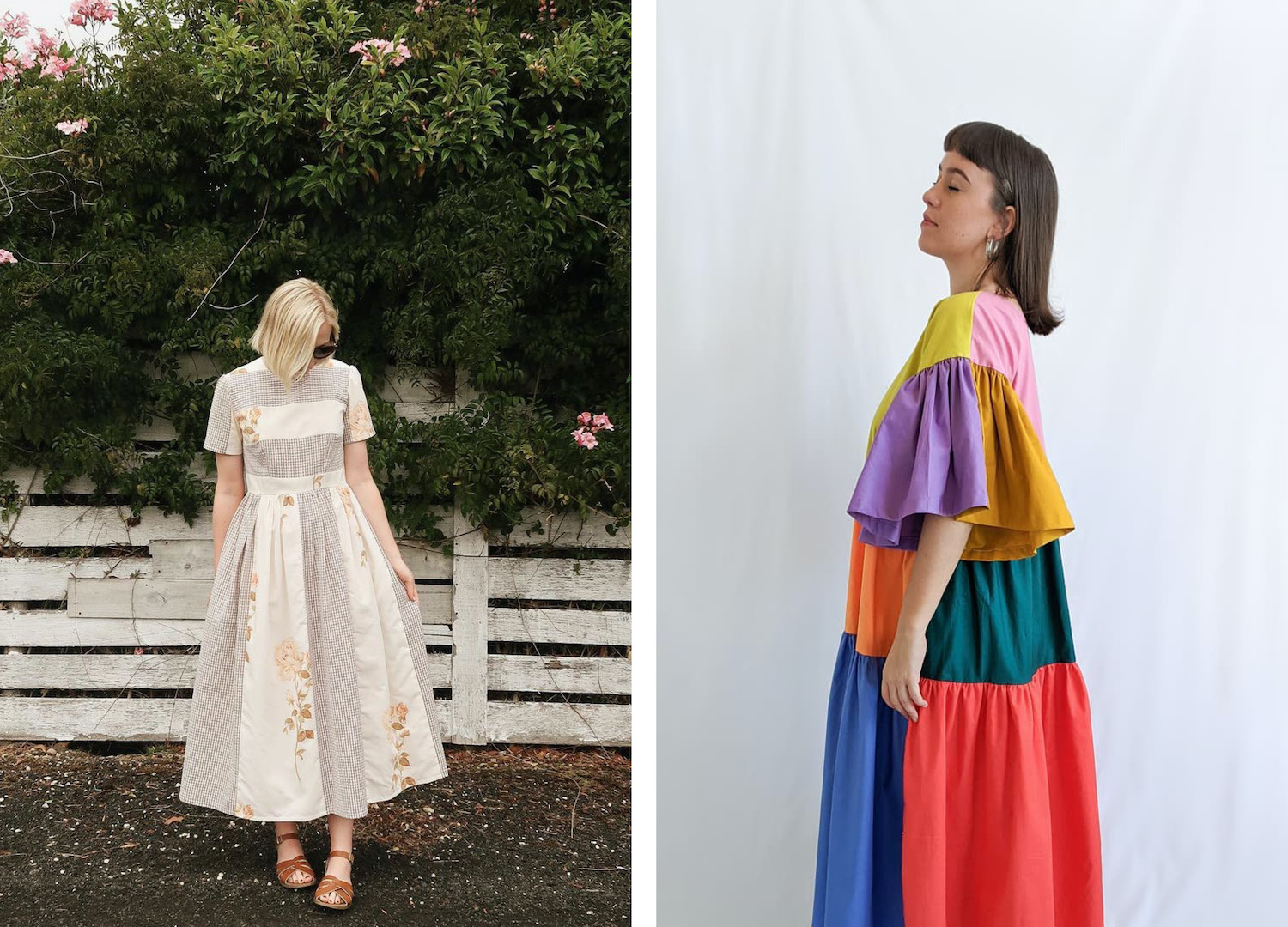 It’s unsurprising that the patchwork party is in full swing amongst makers and sewists. Girlies on the ‘Gram from Rosery Apparel to DIY Daisy have been twisting the trend to reflect their personal style, showcasing the possibilities patchwork holds. We’ve even spotted some Peppermint Pattern Patchworks out there! 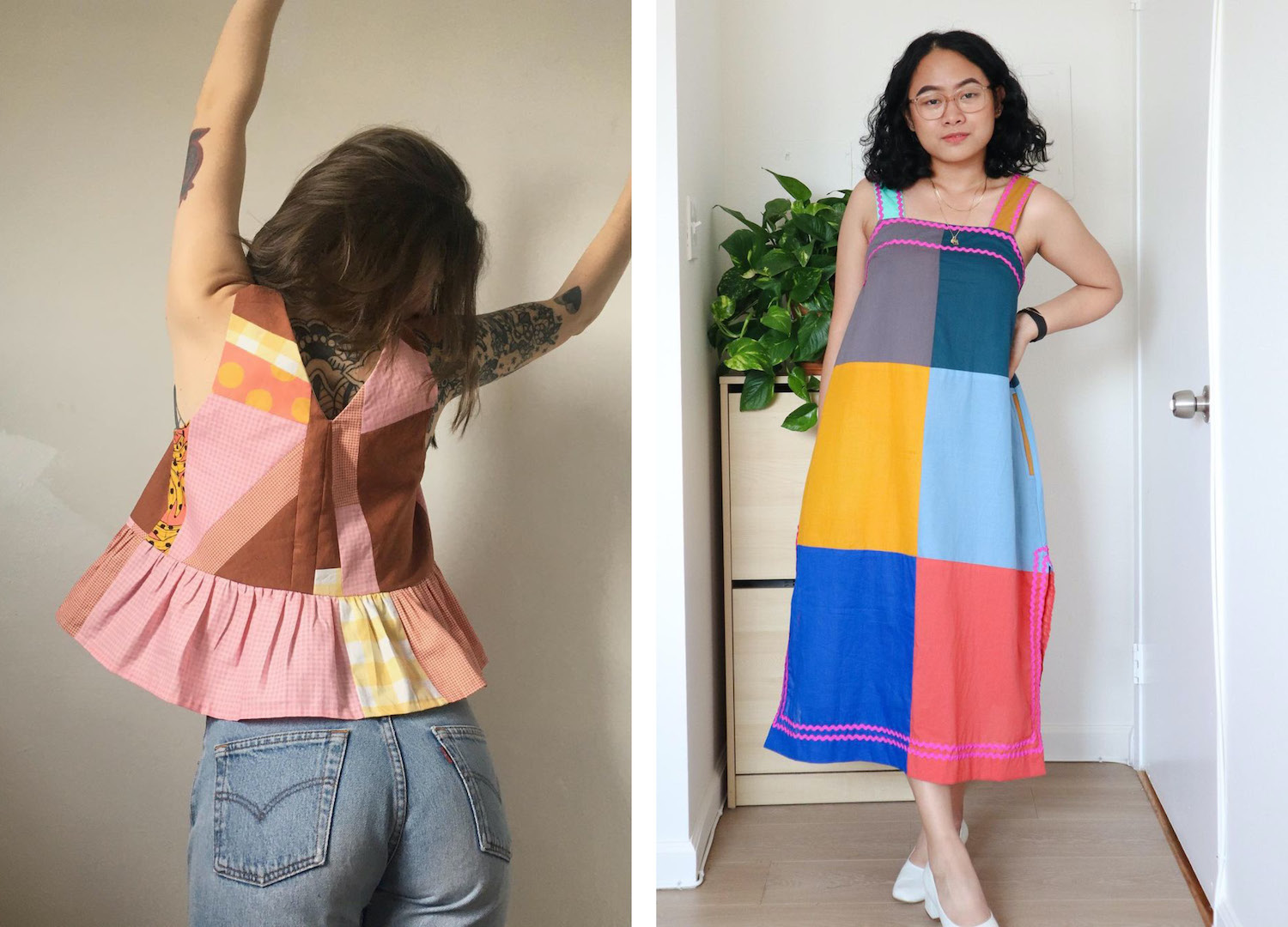 If you’re thinking of jumping on the patchwork bandwagon, why not try doing it yourself? Patchwork is a practical and fun method to add a unique touch to your makes, re-use scraps and special fabrics, and combine all your favourite colours and patterns in one garment – not to mention a very handy technique to have in your back pocket when you have the perfect pattern but not quite enough of any one fabric to hand! Lauren from Elbe Textiles, who worked with Peppermint to create our fantastic Wide Strap Maxi and Bardon dress patterns has a great introduction to patchwork for clothes sewing here. Go ahead and Give Piece(ing) a Chance!