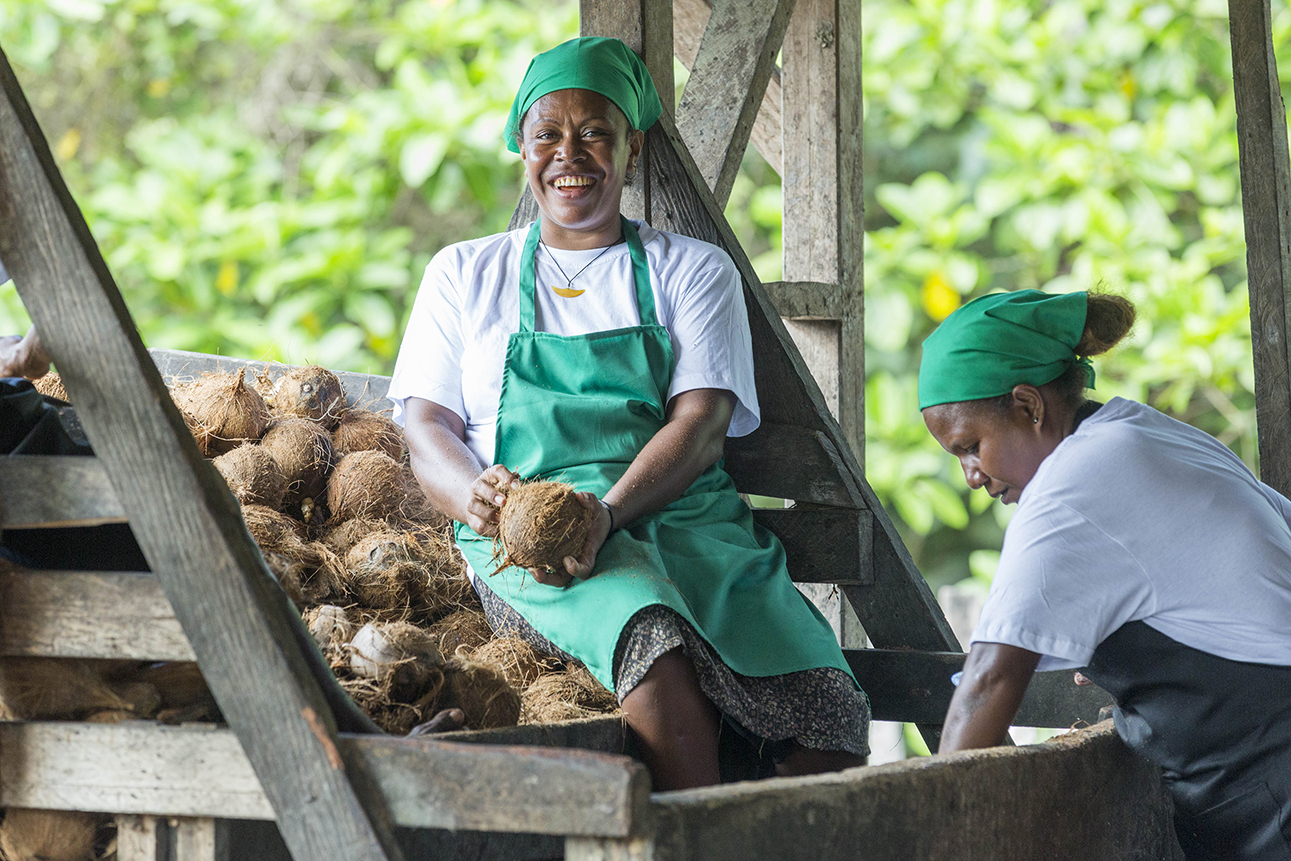 How does one use the humble coconut to improve the lives of entire communities in the Solomon Islands? Dr Dan Etherington went and did just that, and we’re very excited to see that his invention won him the top award at Moral Fairground’s recent Ethical Enterprise Awards. The awards recognise the most inspirational ethical enterprise in Australia – a business or organisation that has achieved the most positive social and economic impact in a local or overseas community through their innovative and ethical trade practices. Well done to Dan and his whole team! In issue 40 (which is on sale now!) we caught up with the man himself to hear more…

The Solomon Islands may look like paradise but, beyond the welcoming smiles of the locals and waving palm fronds, it’s a poor and vulnerable nation. The vast majority of the population survives on subsistence farming: fishing and growing vegetables to feed their families.

When Dr Dan Etherington, an agricultural development economist, first visited the islands 30 years ago, he and his wife Maureen were stunned to witness the poverty of villagers there. Over the years, logging companies had all but depleted forests throughout the hundreds of islands that make up the ‘Sollies’. Meanwhile, the population continued to grow, while resources remained limited.

Dan recognised this as a common challenge for many of the world’s poorer coastal communities, and set about trying to find a solution that was truly sustainable. “I became fascinated with coconuts because they’re resilient, in production all year round, and also because of the incredible variety of products they produce,” he explains. Based on this alone, one might think places where coconuts grow wild would be a real goldmine. “Yet I observed that coconut farmers, in general, are among the poorest of the poor in rural communities,” says Dan. 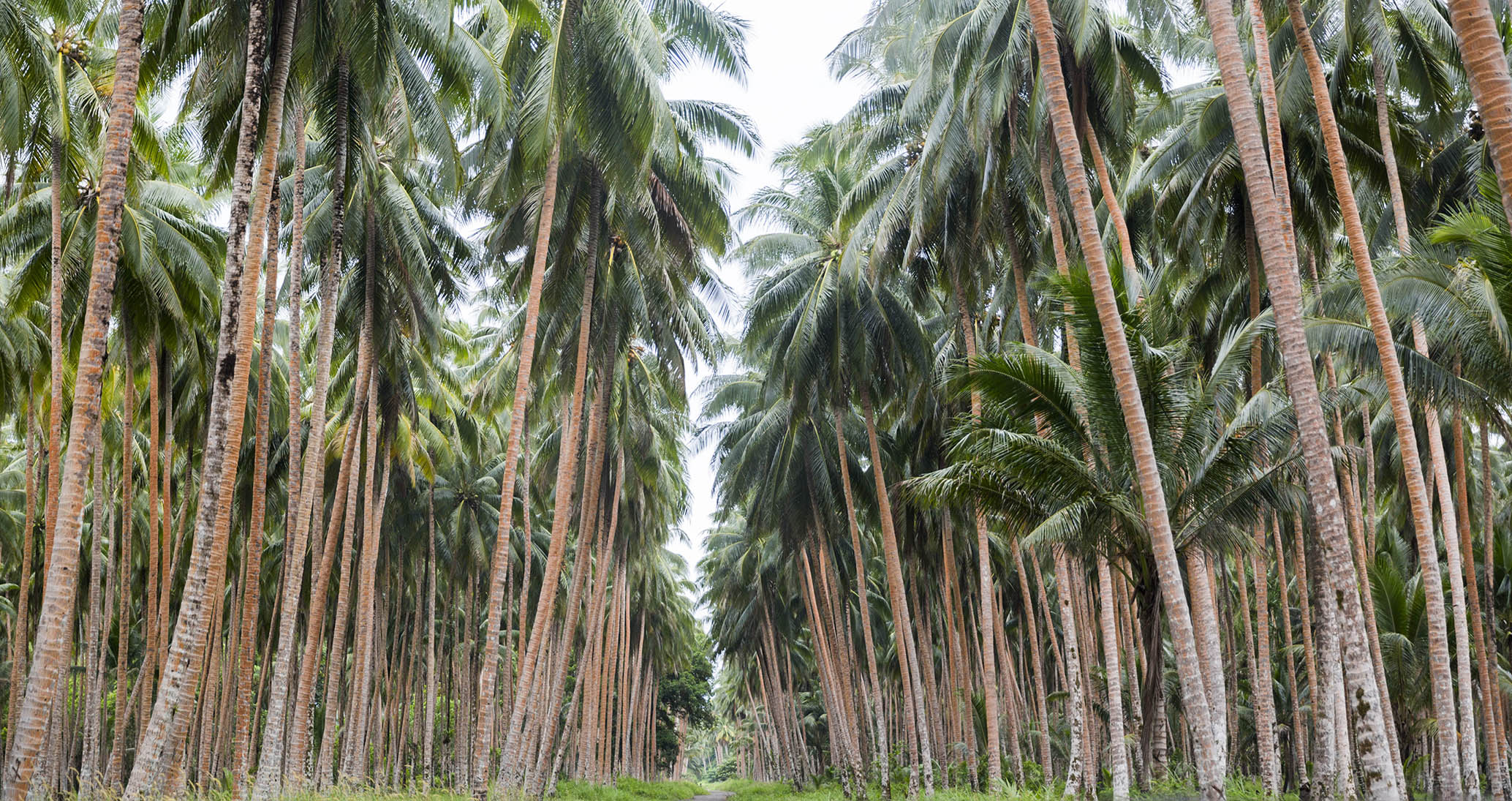 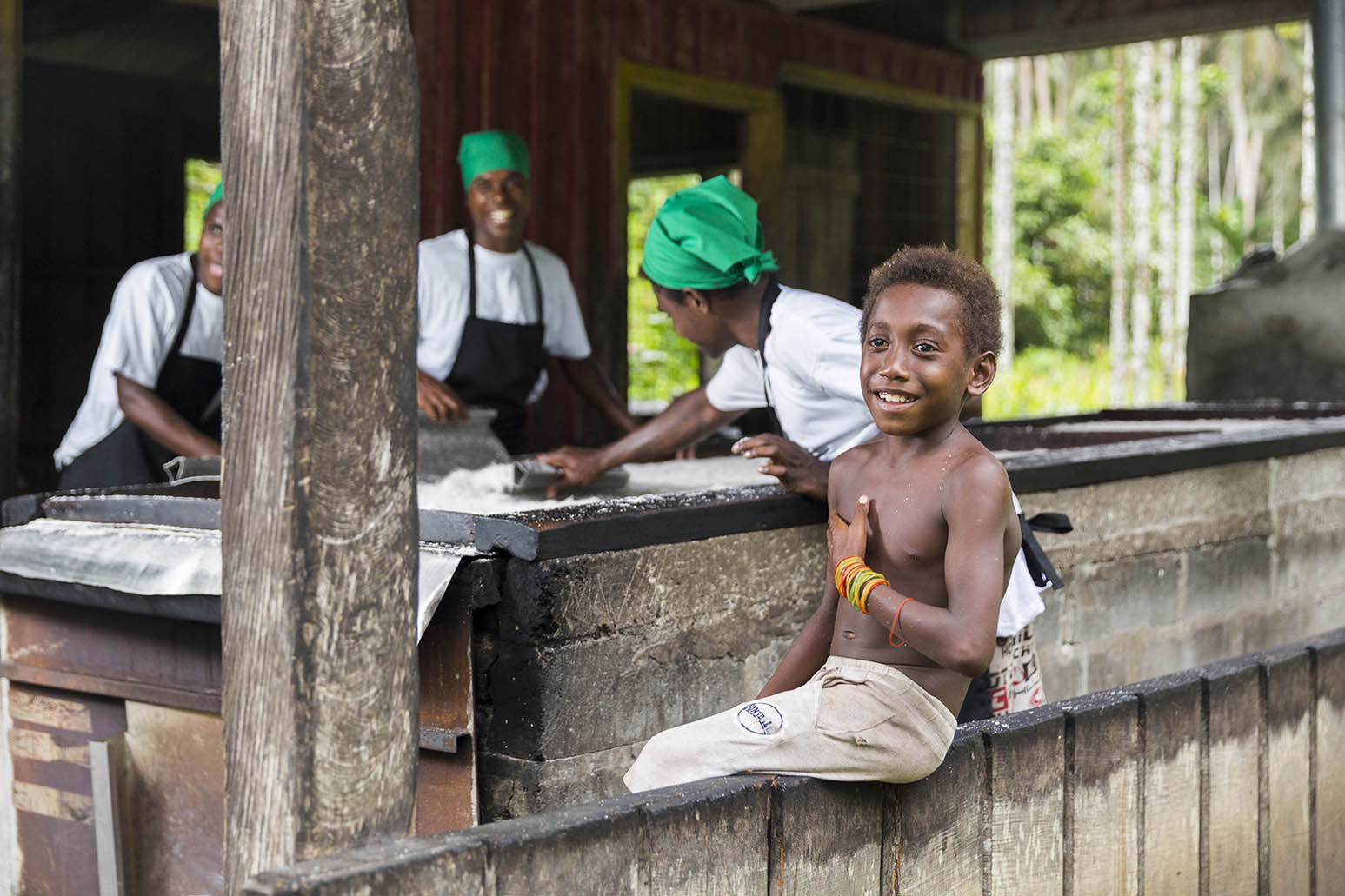 Traditionally, selling copra – the kernel, or dried flesh of the coconut – is backbreaking work that involves huge sacks of coconut being transported away to export points or industrial mills to make oil, for very little return to the farmer. But in 1994, Dan developed what he called the direct micro expelling (DME) process, which meant villagers could make cold-pressed virgin coconut oil in just one hour from harvesting the coconut, meaning they could bow out of the exploitative copra industry for good.

For the 50 or so communities who are today using DME in the Solomon Islands and supplying Dan’s social enterprise Niulife, it’s a collaborative and rewarding endeavour. At the heart of the DME system is a hand-operated oil press that Dan and his team install in the village, which is then independently owned by the community. “It can be operated by men or women and it’s a very simple process where the people participating can talk and interact; it’s not hard manual labour,” Dan says. “It’s collaborative, and a team of four to six people can earn five times what can be earned from copra. The other thing is many of the teams working on this equipment are entirely women, whereas the copra industry is entirely men.”

The other thing is many of the teams working on this equipment are entirely women, whereas the copra industry is entirely men.

One of Niulife’s mantras is “we give it all back”, and 100% of the company’s profits go back to communities through their Village for Life empowerment programs, which aim to equip villages with everything they need to set up their own thriving, sustainable micro-economies and small businesses. These programs are taught in collaboration with local enterprises, and have included teaching organic polyculture farming techniques for growing food in the spaces between coconut palms, as well as demonstrating how coconut oil biofuel can be used to run generators. 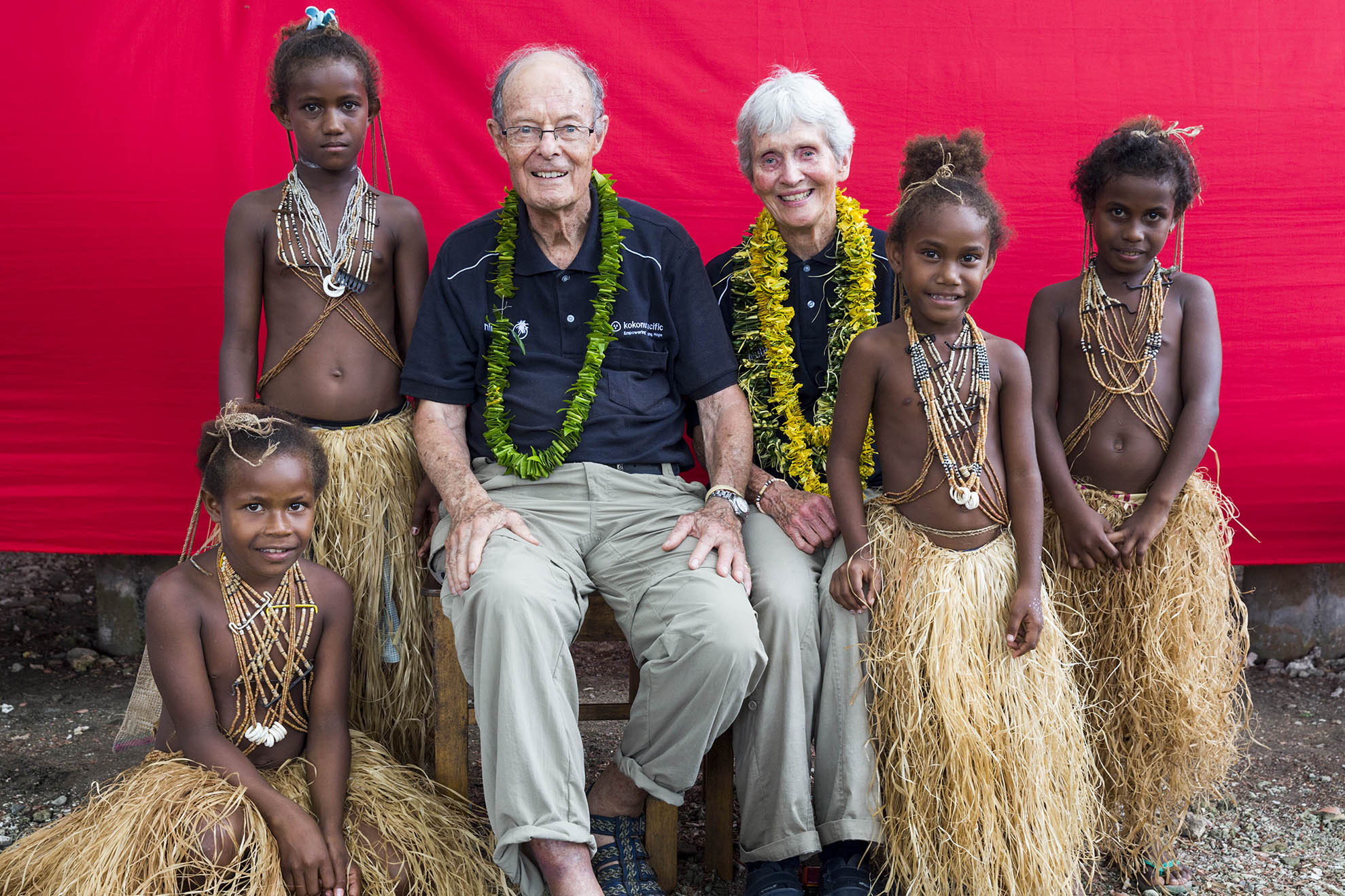 Dan and his team go “beyond fair trade” by investing so heavily in the community, and promise to buy every drop of virgin coconut oil its suppliers have to sell at a fixed, fair price. As the big supermarkets jump on the coconut oil bandwagon, there’s been an influx of cheaper oils (made from copra in large-scale factories), but Niulife’s mission is to provide a steady, reliable income to communities, which acts as a shield against market fluctuation.

This means the company has had to be extremely creative with uses for coconut oil, seeking out new markets, developing recipes and working with experts to develop innovative new products. Beyond the oil, Niulife has a swag of other coconut products such as vinegars, syrup and a range of sauces, including a “can’t believe it’s not fish” vegan fish sauce, all made from the nectar of coconut blossoms. These products empower women in the Philippines by providing them with a regular income stream.

For Dan, the most rewarding part of Niulife is the ripple effect it has on communities. He describes one of the Solomon Islands oil producers who now has around 25 groups of women collecting coconuts and sharing in the income from the oil. “That wasn’t because we taught him to do that,” says Dan. “It’s an innovation the villagers came up with. It’s a beautiful system of spreading the largesse.” 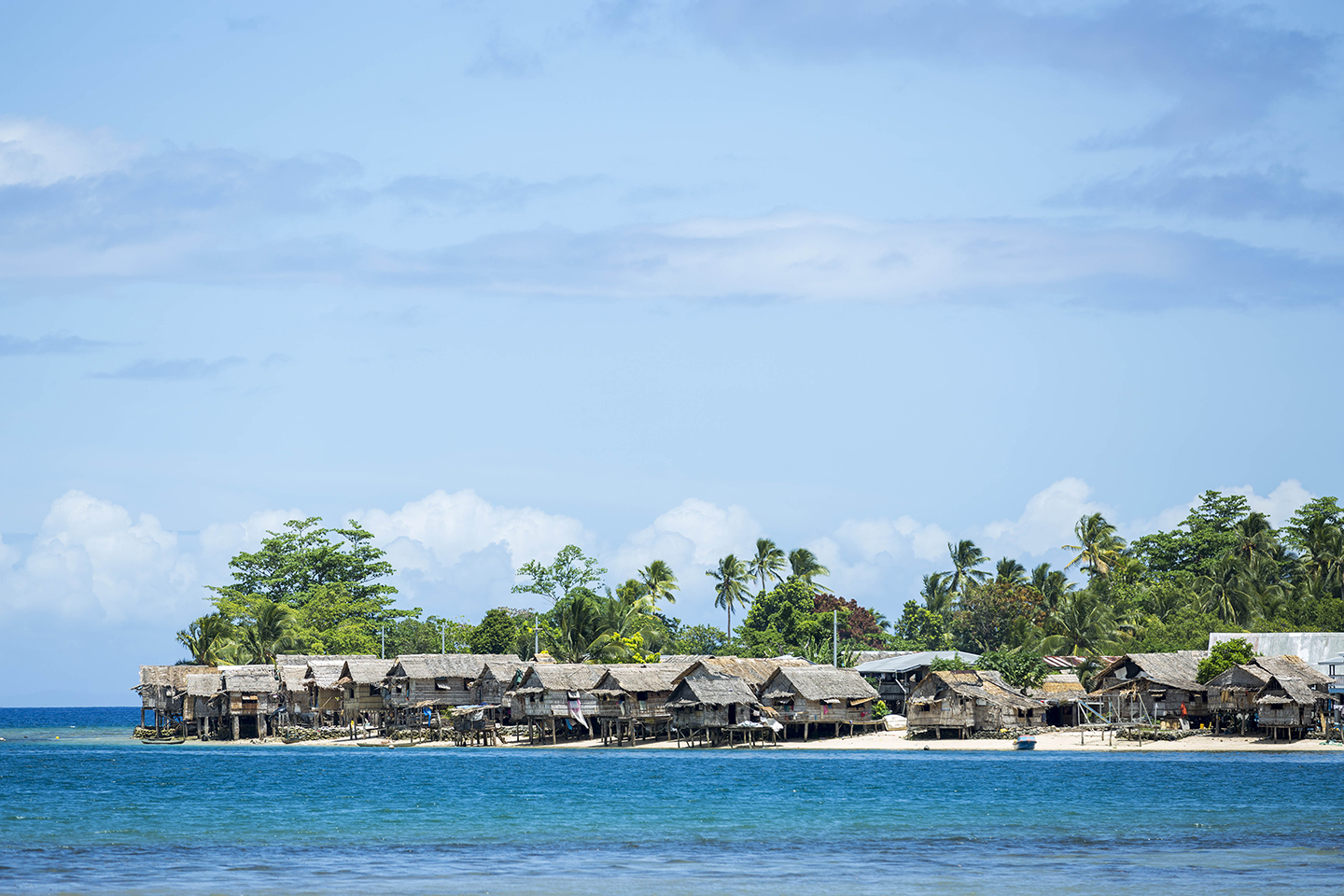 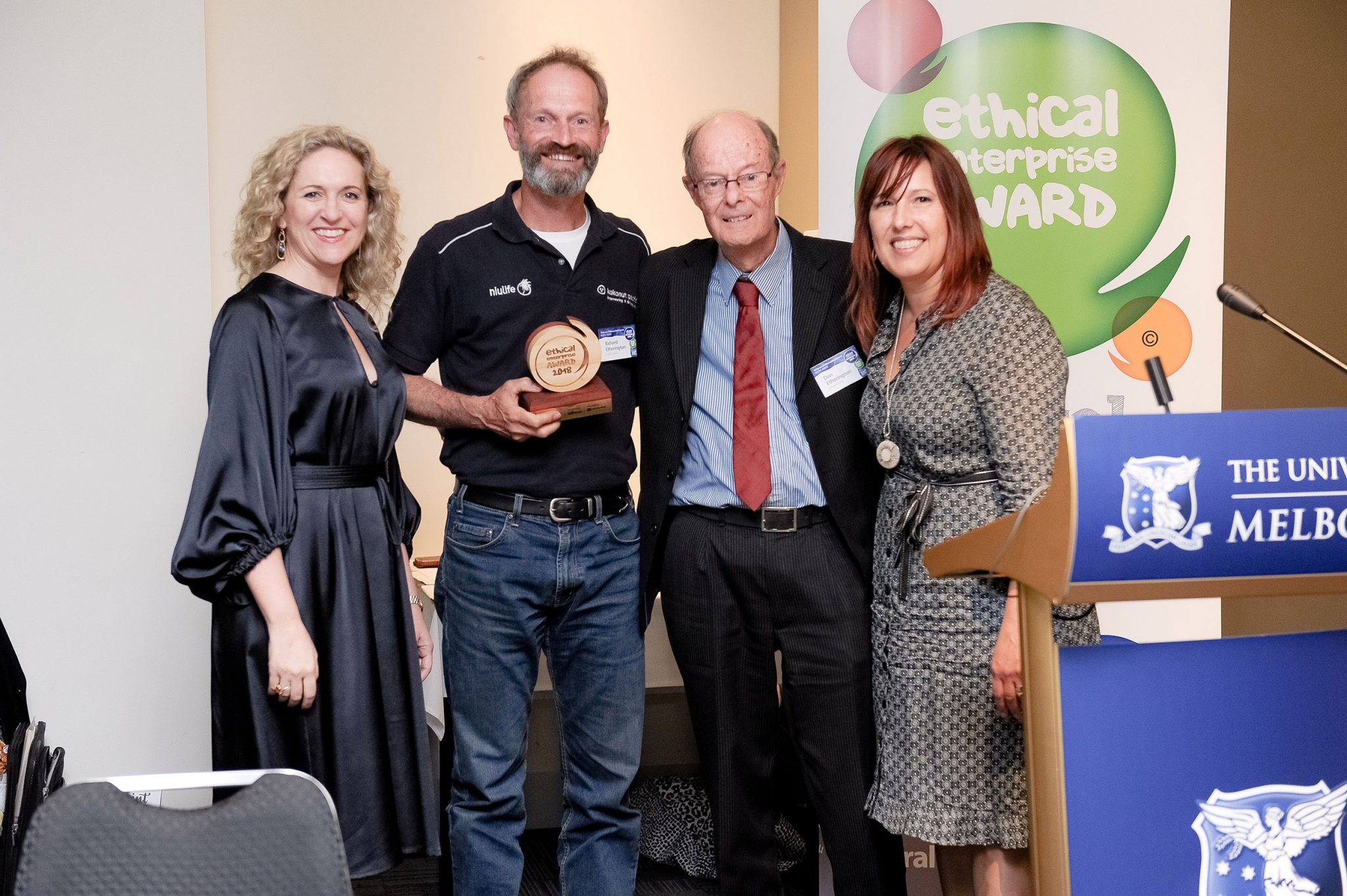 BETTER TOGETHER IS A COLLECTION OF PEPPERMINT PARTNERSHIPS WHERE WE TEAM UP WITH BRANDS WE LOVE TO BRING YOU INSPIRATIONAL STORIES.
THIS STORY HAS BEEN CREATED AS A COLLABORATION WITH OUR FRIENDS AT NIULIFE.