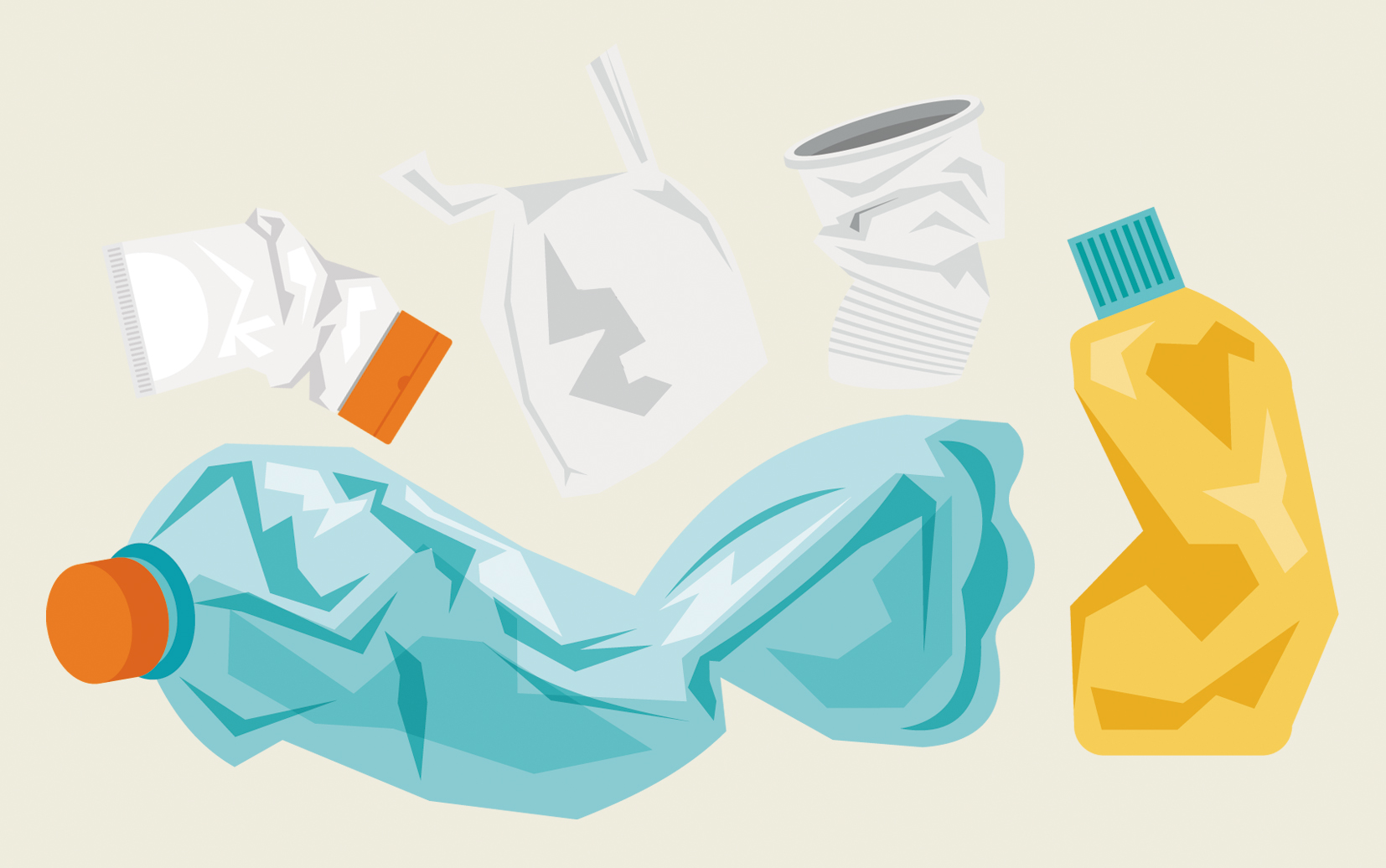 Do you know your oxo-degradables from your non-biodegradable bioplastics? Can you pick a compostable plastic bag when you see one? In Issue 44, we delved into the complex world of ‘greener’ plastics to unpack the issues around our packaging.

With concerns mounting over the health of our oceans, and the shortcomings of our national recycling system thrown into the spotlight, there’s never been a better time to shelve our planet’s most persistent pollutant once and for all.

Parallel to the plastic-free movement, the search for an environmentally friendly substitute for petroleum-derived plastics has created an ecosystem of plastic alternatives. But misinformation and greenwashing have made this space extremely difficult to navigate – for scientists and consumers alike. Bottles, bags, disposable cutlery, nappies and other mod cons made from so-called ‘better plastics’ can actually be worse for the environment than conventional varieties.

Not to be confused with recyclable plastics – a generic term that can apply to almost any type of plastic – recycled plastics are new plastics reconstituted from post-consumer waste. Recycled PET soft drink bottles, for example, are made by breaking used plastic down into its molecular components (called monomers), which are then purified and turned back into polymers.

In 2018, only a third of the plastic packaging we used was recycled, meaning 600,000 tonnes of materials that potentially could have been reused went to waste.

Recycled plastics give new life to materials that would otherwise end up as landfill. They also lessen the demand for new virgin plastics. But to access the raw materials required for recycled plastics, a robust consumer recycling system is needed – something that Australia currently lacks. In 2018, only a third of the plastic packaging we used was recycled, meaning 600,000 tonnes of materials that potentially could have been reused went to waste.

Unlike glass and aluminium, which can be recycled over and over, it’s important to know that the number of times plastic can be recycled is finite. The polymer in an average bottle can only be reused two or three times. Plastic absorbs pollutants, is easily cross-contaminated and becomes weaker every time it’s processed because the chemical chain is depleted. A lot of recycled plastic is actually ‘upcycled’, with virgin material added to make it more durable. And, of course, if and when it ends up as landfill or in waterways, recycled plastic poses the same sort of environmental threats as virgin plastic.

Bioplastic is an umbrella term for any plastic made (at least in part) from renewable, organic sources. (Crude oil and carbon used for standard polymer are technically organic, so the emphasis here is on renewable.) There are dozens of naturally occurring compounds that lend themselves to bioplastics, including starches, cellulose and certain types of protein. Bioplastics can be synthesised from vegetable oil, sawdust, corn or genetically engineered microbes.

Bioplastics is a booming industry, with EU production expected to grow 20% by 2022. They’re often touted as a panacea because making bioplastics emits less greenhouse gas and requires less energy than conventional plastics. On the flip side, growing the materials required relies on intensive land and water consumption and the use of pesticides and fertilisers.

Not all bioplastics are biodegradable. Even when they begin with a biological ingredient, such as corn starch, the reactive process of transforming it into plastic means it can never again return to that pure, organic state. For example, bio-based PET synthesised from sugarcane has an identical chemical structure to petroleum-derived PET. It behaves the same way when released into the environment, too, persisting for centuries. In most countries, bioplastics require their own separate recycling stream. If not disposed of correctly, they can contaminate recyclable PET, resulting in the whole lot being diverted to landfill.

Biodegradable plastics can either be renewable bioplastics or conventional petroleum-derived plastics. That’s because biodegradability is a quality of the polymer, not the raw material. What matters most is not what they’re made of, but what happens at the end of their lifecycle.

All plastics that claim to be biodegradable have one thing in common: they break down faster than traditional plastics. Under ideal conditions, it could take weeks, months or years – but to be deemed biodegradable, manufacturers don’t need to specify a timeframe. Bioplastic biodegradables naturally decompose into water, carbon dioxide and organic biomass.

The catch? To break down effectively, these plastics need specific environmental conditions that are difficult, if not impossible, to replicate outside of a specialised processing facility. This includes temperatures around 50°C, exposure to UV light and contact with particular microorganisms to trigger the metabolising process. Oxygen is also crucial. If biodegradables end up buried in stifling landfill, they have no chance of breaking down, and have actually been shown to leach methane gas.

Researchers in the UK recently demonstrated that a biodegradable plastic bag was still strong enough to carry two kilograms of groceries after more than two years buried in soil. 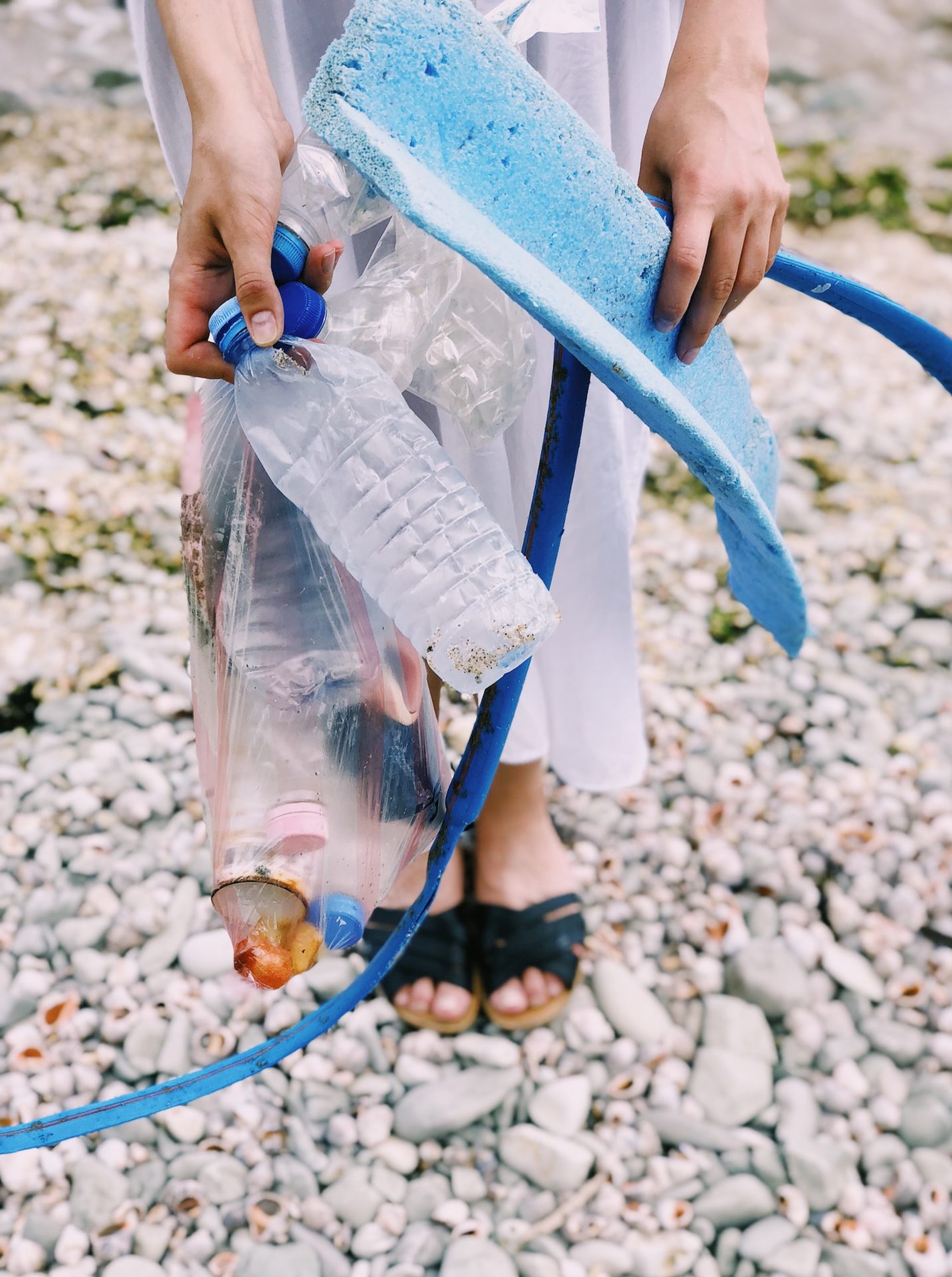 Compostable plastics are a small subset of biodegradable plastics. They’re special because they’re held to strict standards, including a fixed decomposition timeframe. In Australia, the US and the UK, to be certified compostable, plastic must degrade by at least 90% within 180 days.

Compostable plastics only break down in a controlled environment… of which there are only 150 in Australia.

But that doesn’t mean you can throw compostable plastic in with your kitchen scraps and expect it to vanish in six months’ time. Just like biodegradable plastics, compostable plastics only break down in a controlled environment. The finely tuned balance of heat, moisture, oxygen and microbes required can only really be achieved in industrial composting facilities, of which there are only 150 in Australia. They also require their own separate waste stream – you can’t just throw them in the wheelie bin, either.

Home-compostable plastics are a relatively new innovation that fall under the category of biodegradable plastics. ‘Home’ is the imperative: unlike mainstream compostables, these plastics will naturally break down in your backyard.

They are bioplastics in the sense that they’re made from renewable resources, such as soy protein, cassava or eucalyptus cellulose. Just like regular compostable bioplastics, they break down into CO2, water and non-toxic biomass. When placed in the garden or compost bin (just make sure it’s an aerobic compost), home-compostable plastics take 13 weeks to completely disintegrate. They can’t go in the recycle bin, and won’t break down the same way if they wind up in landfill.

Home-compostable plastics are still in the early stages of development and are strictly regulated by the Australian Bioplastics Association. One manufacturer, Sydney-based Carapac, makes cling film, food containers and strawberry punnets out of plastic derived from post-consumer food waste – namely prawn and crab shells. As they break down – it takes as little as three to six weeks – the plastic slowly releases nitrogen, actually helping your flowers grow.

Sometimes referred to as ‘degradable plastics’, oxo-degradables are a separate category again. Neither bioplastics nor biodegradable, they are designed to break down, but they don’t require microbes.

Oxo-degradable plastics are conventional petro-based polymer plastics with an additive that mimics biodegradation when it reacts with oxygen. As a result, they decompose faster than regular plastics – but it’s still a protracted process.

Of all the plastic alternatives, oxo-degradables are probably the most hated by scientists and environmentalists. That’s because they inevitably fragment into non-biodegradable microplastics. In marine environments, microplastics can become lodged in animals’ airways or get ingested, leaching harmful chemicals that build up in the food chain.

The concern over microplastics is so great that in 2018, the EU announced it would completely phase out oxo-degradable plastics. They are already banned in some Australian states and territories.