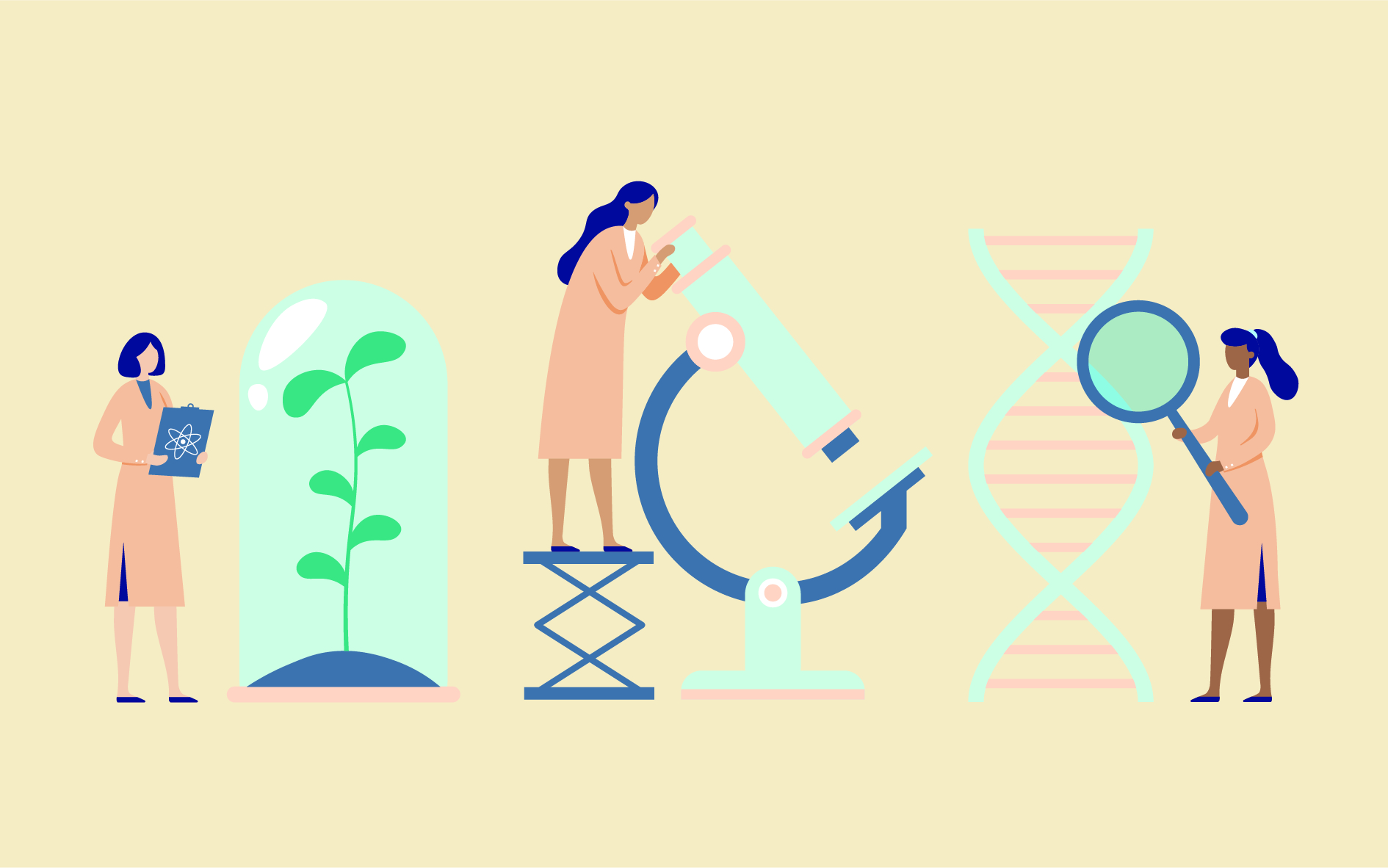 Science and scientific research has always been a pretty undervalued profession – just ask any qualified scientist currently trying to elucidate and communicate their knowledge in a world obsessed with the cult of celebrity. Lost in bytes and bits of misinformation, junk and pseudoscience, many are relegated to silence, or worse – derision.

History hasn’t been much kinder to the women of science either, many of whom – overlooked and forgotten though they may have been – have contributed significantly to some of the world’s most important issues.

In celebration of National Science Week 2020, and the all-important work that scientists do to progress humanity, we’re raising our beaker to the women in science – around the world and throughout history – making the world a better place. Here’s a few names who should be in your memory bank.

Lost in bytes and bits of misinformation, junk and pseudoscience, many are relegated to silence, or worse – derision.

The year was 1856 and Eunice Newton Foote, a women’s rights activist and amateur scientist in Seneca Falls, New York, was experimenting with the interaction between the sun’s thermal energy, oxygen and carbon dioxide. Her discovery on the behaviour of greenhouse gases – namely, that carbon dioxide is a heat-trap – caused her to speculate that higher levels of CO2 would lead to a warmer atmosphere, presenting the results to the American Association for the Advancement of Science in a paper called ‘Circumstances Affecting the Heat of the Sun’s Rays’.

This groundbreaking work is now thought to be the earliest foundation of modern climate science, despite the scientific community only recently rediscovering the information. Although there’s little to suggest that her low profile is the result of anything more sinister than circumstance and bad luck (she was an amateur, a woman and working in the US, rather than Europe where the bulk of respected research was coming from), it’s worth noting that a male physicist, John Tyndall, has been credited as a founding father of climate science. And while he built on Eunice’s experiment with controlled and more sophisticated research, he confirmed a speculation that in retrospect, seems visionary.

An icon in the field of ethology – the scientific study of animal behaviour – Jane Goodall first rose to prominence in the 1965 film Miss Goodall and the Wild Chimpanzees, which documented her time living in Gombe Stream Game Reserve (in Tanzania) and her pioneering observations of primates in their natural habitats. Despite her lack of scientific training or education – she entered Cambridge University as a PhD candidate, the first person to do so without a university degree – her research has become the foundation and basis for so much of animal behaviour and natural science, including conservation, anthropology and primatology. Her fascinating and inspiring story is testament to her intrepid spirit and tenacious childhood desire to make a difference in the world, which is something that has only continued with her conservation organisation, The Jane Goodall Institute.

Kathleen Mary Drew-Baker was a British phycologist whose research into edible seaweed led to the successful commercial cultivation of nori by Japanese farmers – and saved the industry from collapse. Despite never setting foot in Japan, Kathleen is revered as the Mother of the Sea with a statue in Tokyo to boot. She graduated from the University of Manchester in 1922 with first class honours – one of only two women to do so at the time – and spent most of her academic career there as a researcher and lecturer. In a classic case of gender bias though, Kathleen was dismissed by the university once she married another academic – due to their policy of not employing married women.

As one of the foremost nuclear scientists in Germany, Lise Meitner was instrumental in discovering nuclear fission – the process by which the nuclei of an atom fragments. Unfortunately for her, living in Nazi Germany as a Jewish woman, she had to flee the country in 1938 and moved to Sweden. She continued her work via correspondence with colleague Otto Hahn who published their groundbreaking work under his name given the circumstances. Hahn then went on to win the 1944 Nobel Prize in chemistry and Meitner was unjustly uncredited.

Mary Anning, and her faithful dog Tray, were pioneers of palaeontology – discovering fossils in a time when the theory of extinction didn’t exist, and almost 50 years prior to the release of Charles Darwin’s Origin of Species. Living on the Jurassic Coast in southern England, she was the first to discover skeletons of the ichthyosaur and plesiosaurus and found the first pterosaur outside of Germany. Her findings were originally refuted, rumours flying they were faked, and male scientists notoriously failed to credit her groundbreaking discoveries. A meeting was even scheduled to discuss her initial finding of the plesiosaurus to which she was not invited. The Geological Society of London refused to admit her – they only began accepting women in 1904 – and despite selling her findings to major museums, she remained under constant financial pressure until she died aged 47.

In 1962, three men, James Watson, Francis Crick and Maurice Wilkins, were awarded the Nobel Prize in Physiology or Medicine for their discovery of the DNA double helix. However, their work was only possible because of English chemist Rosalind Franklin whose X-ray diffraction images of DNA were critical in identifying its structure. She died in 1958 of ovarian cancer and was snubbed for the award as the Nobel Committee didn’t make posthumous nominations.

Born in 1889, Roger Arliner Young fought societal and personal barriers to become the first Black woman to receive a doctorate degree in zoology. Initially enrolling in music, she quickly transferred her Bachelor major to zoology where she showed promise and was asked to join Sigma Xi – an honorary research society with the likes of Albert Einstein – when she entered the Master’s program. While Roger’s first attempt at PhD candidacy failed – stating “the weight of it has simply worn me out” – she persevered and completed her PhD in 1940. This led her to become an assistant professor in North Carolina, however, she was blacklisted from teaching after joining civil rights organisation, the National Association for the Advancement of Colored People. Tragically she passed away in 1964 after she was voluntarily committed to the Mississippi State Mental Asylum.