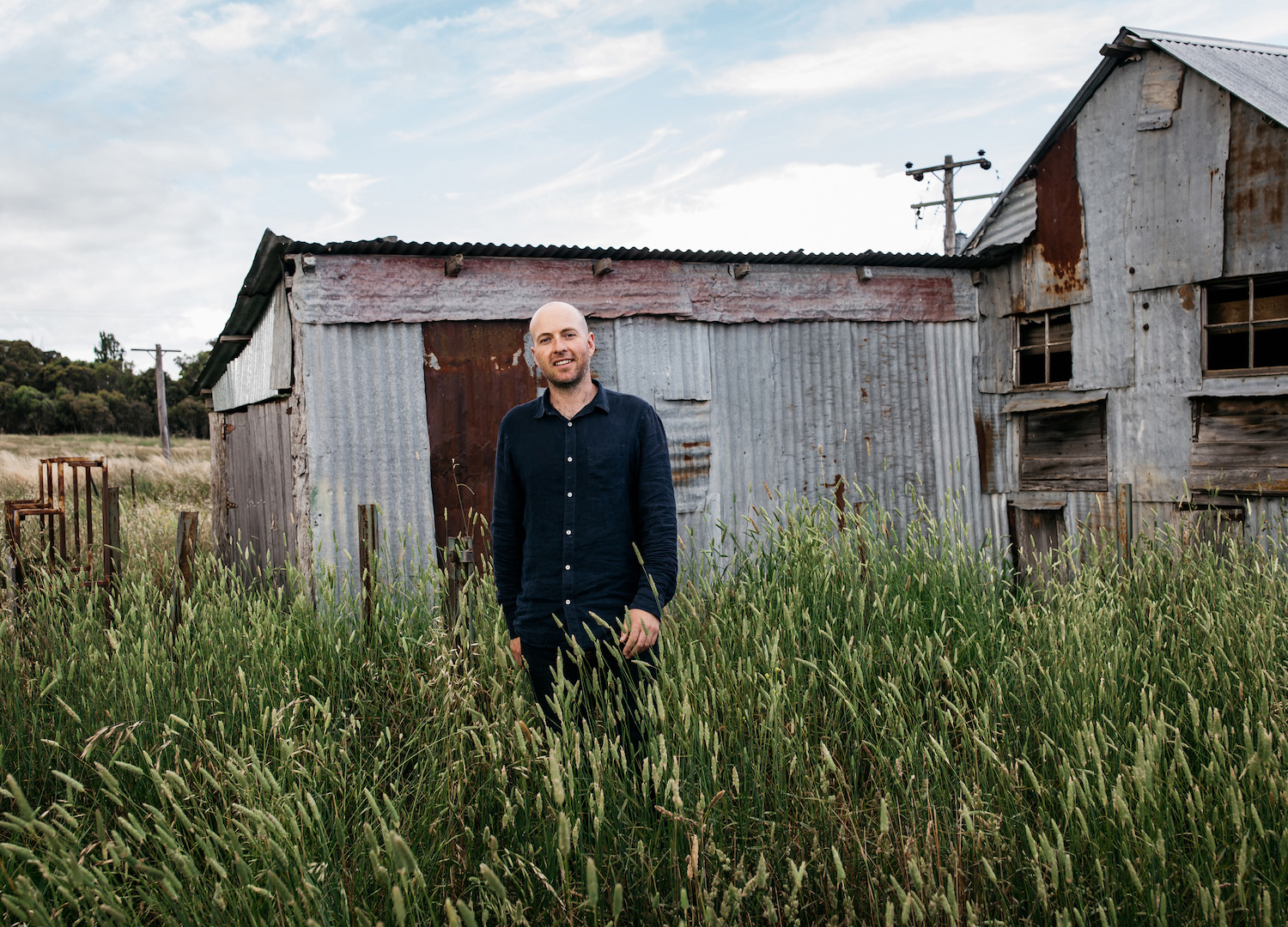 In August 2014, Sam Vincent was a 20-something writer living in the inner suburbs of Canberra. Then a call from his mum – asking him to return to work on the family farm (Gollion) after his dad “stuck his hand into a woodchipper” – changed everything. In this extract from the now Walkley Award-winning writer’s memoir, My Father and Other Animals, Sam ponders what regeneration – of land, family and culture – really looks like.

I began to equate Gollion with work. On Wednesdays and Thursdays, it was my workplace: I would arrive at 8am, perform assigned labour with my father, then leave. (There were breaks for morning tea, lunch and afternoon tea, and Mum would occasionally invite me to stay for dinner, but Dad’s expectation was that I return to the city at sundown and resume my own life.) But Gollion was also the object of our work. Everything we did was contributing to a greater whole. The farm was the sum total of Dad’s projects, and had been since he first sank a shovel into its crap soil. Until now, I had walked Gollion’s hills and taken what I’d come across as a given. The placement of a copse of trees here, a patch of lush grass there: they were incidental scenery, part of the amorphous ‘environment’. I came to understand that much of what I thought was ‘natural’ was in fact manipulated; incidental features that made the countryside ‘picturesque’ had been carefully designed. It was a grand conceit. 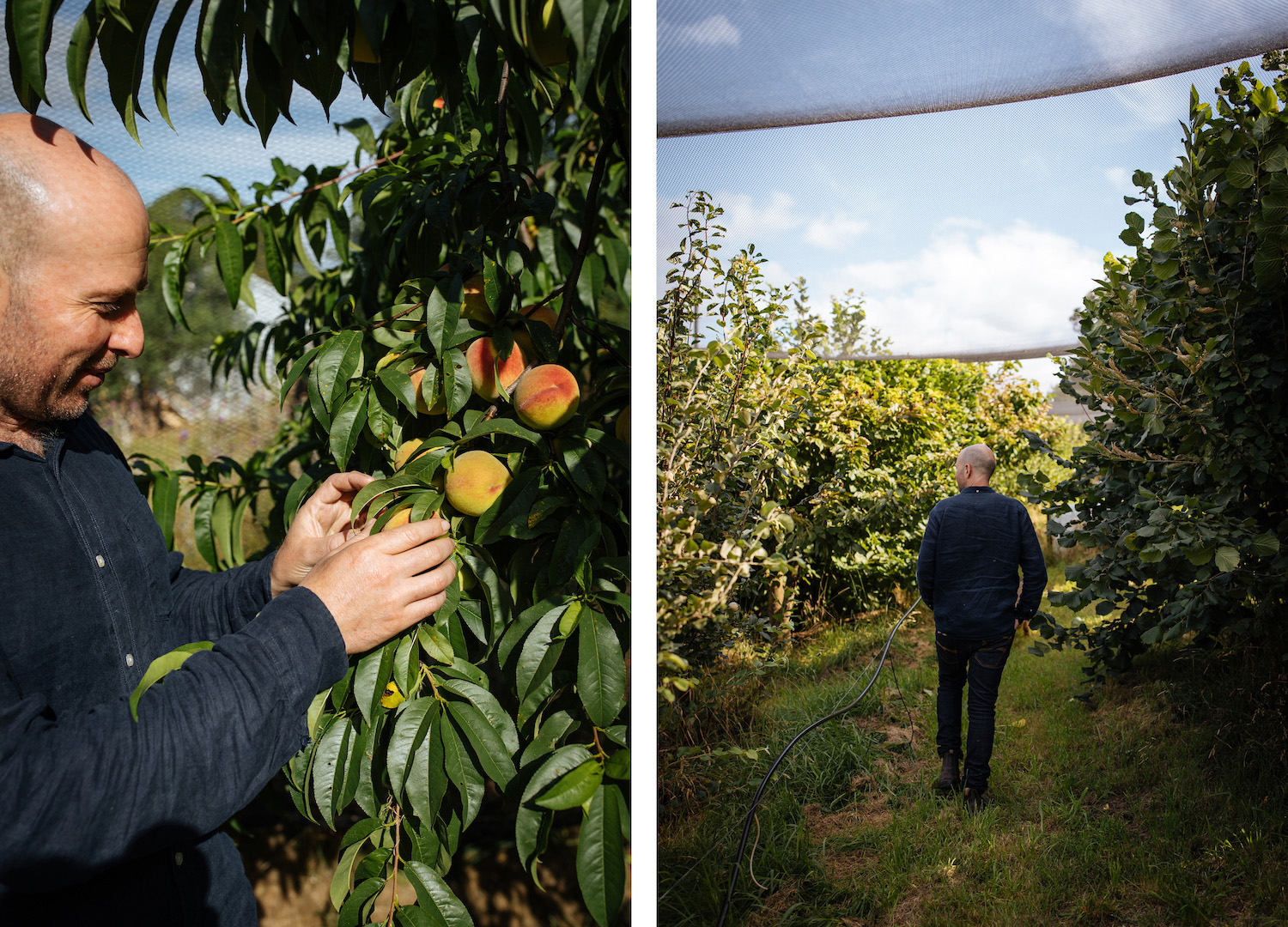 A poem about this was written by Alexander Pope, the eighteenth-century poet who as a child survived being trampled by a cow and went on to become a bard of the English countryside. In Epistle to Burlington (addressed to Richard Boyle, third earl of Burlington), Alexander advised the aristocrat, an early practitioner of landscape architecture, to “consult the Genius of the Place in all”. Where in a garden does the rain settle? What is the aspect? Which parts receive morning sun, and which afternoon? For Alexander, harnessing the genius loci – the spirit of a place – unleashes a creative force that “paints as you plant, and, as you work, designs”. What was Gollion if not a large, landscaped garden? A microstate-sized park? “You want to plant your trees on your ridges,” Dad told me one afternoon, overlooking a hilltop plantation of mature eucalypts that I hadn’t realised was a plantation.

Harnessing the genius loci – the spirit of a place – unleashes a creative force that “paints as you plant, and, as you work, designs”.

“When rain hits a bare ridge, it runs downhill without soaking into the surface; a timbered ridge helps trap moisture, so it slowly soaks in. Ridges are your recharge areas.” In a notebook, I wrote: “Ridges = recharge areas.” Similarly, Dad told me that in this undulating landscape, he’d designed his paddocks to run up and down hills, not across them. This was to force livestock to exercise as they grazed, and to make them return nutrients (in the form of grass) from the bottom of ravines, where rain naturally washes them, to the tops of hills (as dung). Sheep especially, said Dad, like to make camp on hilltops, to catch the morning sun. In this way, pasture would have a chance to grow everywhere on the property – the bits not covered with rocks, at least. “You want to aim for 100% green grass, 100% of the time,” he said. What you didn’t want, he said, was ground with no grass, which radiates heat, doesn’t fatten cattle and deflects rainwater. “Bare ground is your enemy.”

To the notebook, I added: “Bare ground = the enemy.” Even what I’d taken for rubbish I now saw had been put to strategic use: shredded documents and old cardboard boxes were spread across pastures to feed microorganisms, and branches of pruned trees were dragged onto patches of bare ground to create a humid microclimate so other plants could take hold. (Of course, there was rubbish that served no use, too: Gollion had eleven cars in various states of roadworthiness, as well as the hulks of antiquated tractor equipment. It wasn’t as bad as some Australian farms, which seem to sprout nothing from their soil but decommissioned whitegoods.) 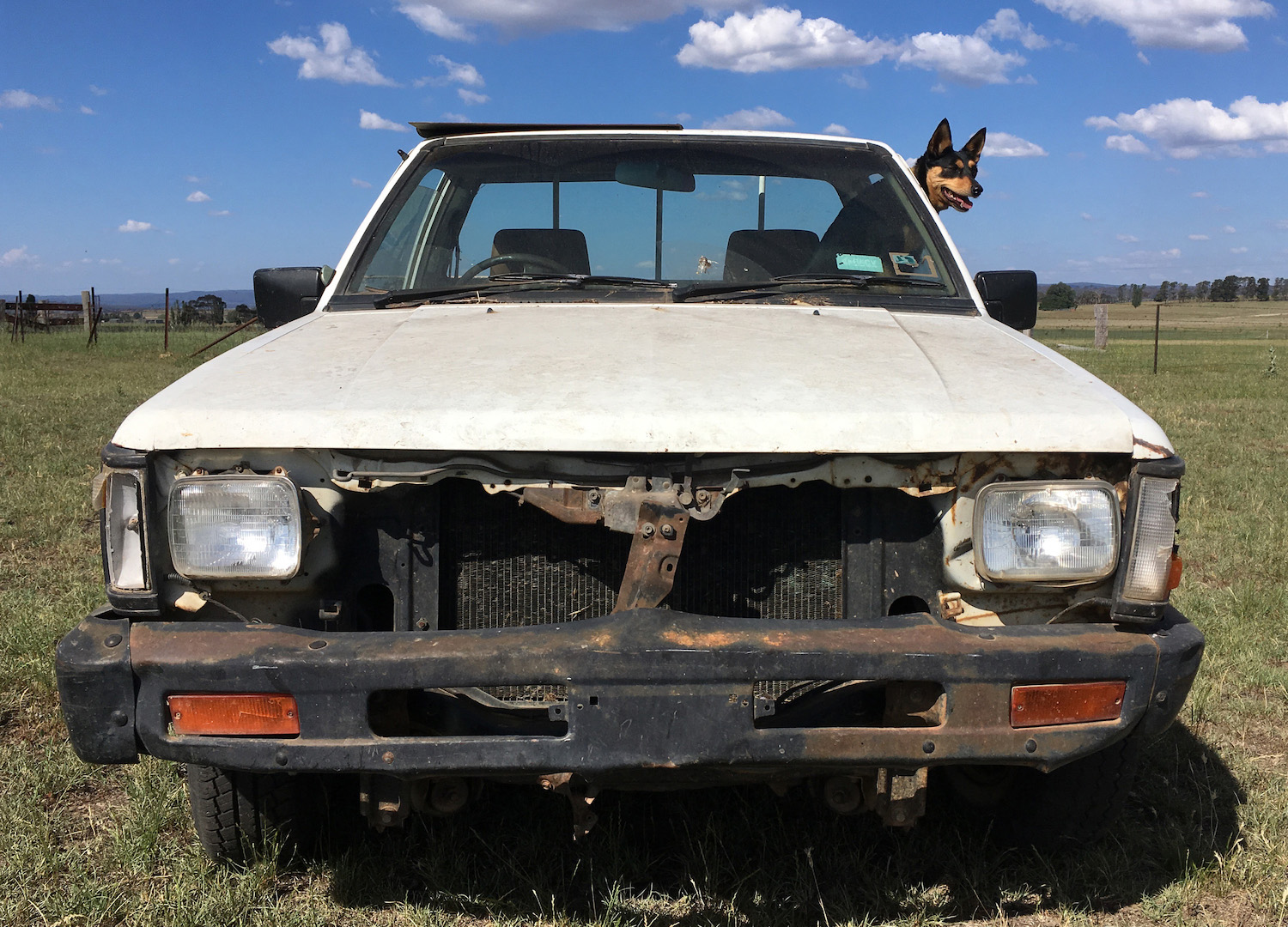 image ONE OF GOLLION’S AFOREMENTIONED CARS. PHOTO BY SAM VINCENT.

We did nothing but fix fences for weeks, because that was the job Dad deemed hardest to do with one hand. When I’d tell city friends I’d been “fencing” again, they’d invariably think I meant swordplay – one even asked: “Foil or épée?” I grew used to driving in steel posts with the “donga” (the trick was to release it the moment before impact on the “steelie” to avoid its jangling vibrations). I was even allowed to use the mechanical driver. The knots used to tie wire to corner posts and to itself took more time to master. No matter how many verbal learning aids Dad repeated (“In, out, under, over”; “The monkey swings round the palm tree…”), I’ve always found these hacks unhelpful. But by copying Dad exactly, standing behind him and holding the wire as he held it, I got the hang of these, too. One evening back in Canberra, after working on the farm, I emptied my pockets and found two bits of loose wire. I executed a perfect figure-eight knot to see if I could, and put it on my bedside table, where it remained for years.

The same knots are used to link and tie off barbed wire. Whereas plain wire was designed to construct fences, barbed wire was designed to hurt humans and is remarkably successful at this: after a few seconds of handling it, even with pliers, my knuckles would be nicked red and beading with blood. My maternal grandfather, whom I called Papa, and who my father says used to spend most of his time fixing fences, had a series of scars running across his legs; it was only years after his death that I learned they were made by barbed wire – not from one of Papa’s fences, but from soldiering in the jungles of Borneo during World War II.

Papa’s name was evoked surprisingly often while we worked. One of the last steps in building a fence is to strain the netting, the prefabricated wire roll that comprises the bottom half of the fence. It consists of rectangles that are too small for livestock to pass through but large enough for birds and small mammals. To do this we attached a homemade wooden clamp to one end of the netting, then strained the clamp, via two wires, to the towbar of the ute, which was parked nearby. The taut net was then pinned to the corner post with giant staples and its ten strands of wire cut, before each one tied off around the corner post. This was known as “Papa’s trick” – he had designed the clamp, the prototype for our own. It was clear that Papa – my father’s late father-in-law – had been an important source of knowledge as Dad started out as a farmer. This realisation, that Dad hadn’t always been an expert, made him less imposing to me. (Although, with his bald head, aquiline nose and plastered hand tucked into his jumper, he did resemble Napoleon inspecting his troops when he looked over my work in the paddock.) 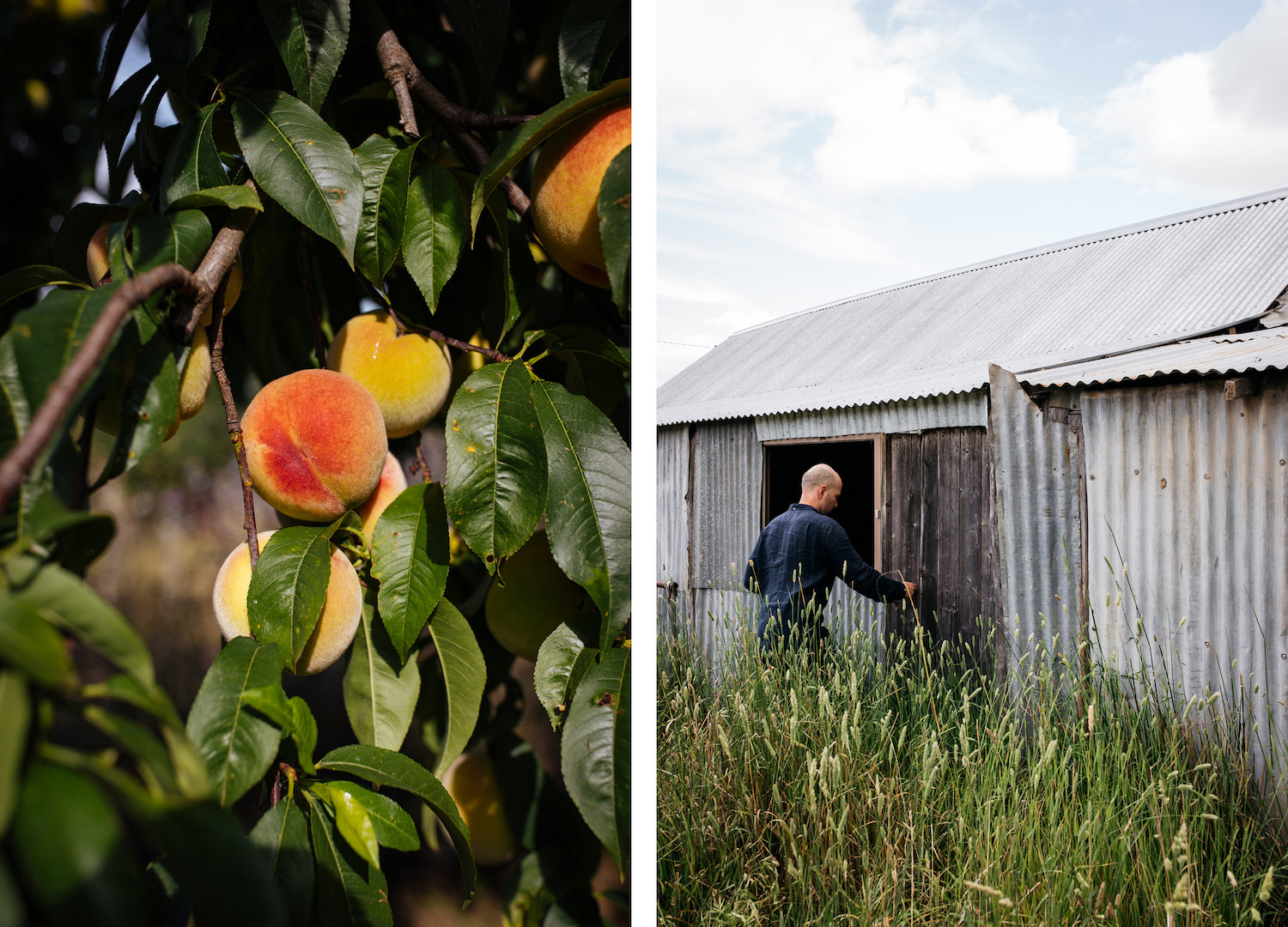 There was something else Dad evoked surprisingly often: the concept of regeneration. This was what happened when you allowed the Genius of the Place to reach its potential: wooded ridges that worked as recharge areas; denuded hillsides that, through the clever placement of fences, returned their lost nutrients. It made me re-evaluate what Gollion was for. A place for Mum and Dad to live and raise their kids, obviously. And a place to keep Dad occupied with projects. But this was also a business: sunlight and rain were turned into food, a commodity that could be sold at a profit. To improve this business, they had a choice: import external inputs (hay, fertiliser) or make their existing inputs work more efficiently.

But managing a landscape also came with a moral responsibility. “I’m the custodian of this patch of the Earth for now,” Dad said, “so I’ve got to look after it while I’m here.”

I have since come to think of sustainability in banking terms: the taking of an annual dividend (a harvest) without overdrawing on the natural capital required to produce it (the soil, the water, the air, the wider ecology).

I’d always assumed Dad subscribed to the concept of sustainability, but now he described it as “old thinking”. It denoted “putting the brakes” on antiquated, harmful practices – clearing the land of trees, spraying chemicals – without actively reversing the damage. A farm whose ecology has been denuded through historic, discontinued practices, and that now sustains a steady (and lower) agricultural output, is still a denuded farm. “Treading water” was the analogy my father used. I have since come to think of sustainability in banking terms: the taking of an annual dividend (a harvest) without overdrawing on the natural capital required to produce it (the soil, the water, the air, the wider ecology). Conventional agriculture has historically prioritised the former over the latter. When nutrients leave a farm without being returned – in the meat of beasts, in the flesh of fruit, in the grain of crops – a deficit occurs. Left unchecked, harvest upon harvest, a deficit becomes an overdraft. Dividends shrink and the farm becomes bankrupt – it is unsustainable. But if sustainability is just the ability to balance the ecological books (by fertilising, irrigating, using ‘cover crops’ in fallow fields), that’s a low benchmark. Natural capital isn’t being built; it just isn’t being reduced. 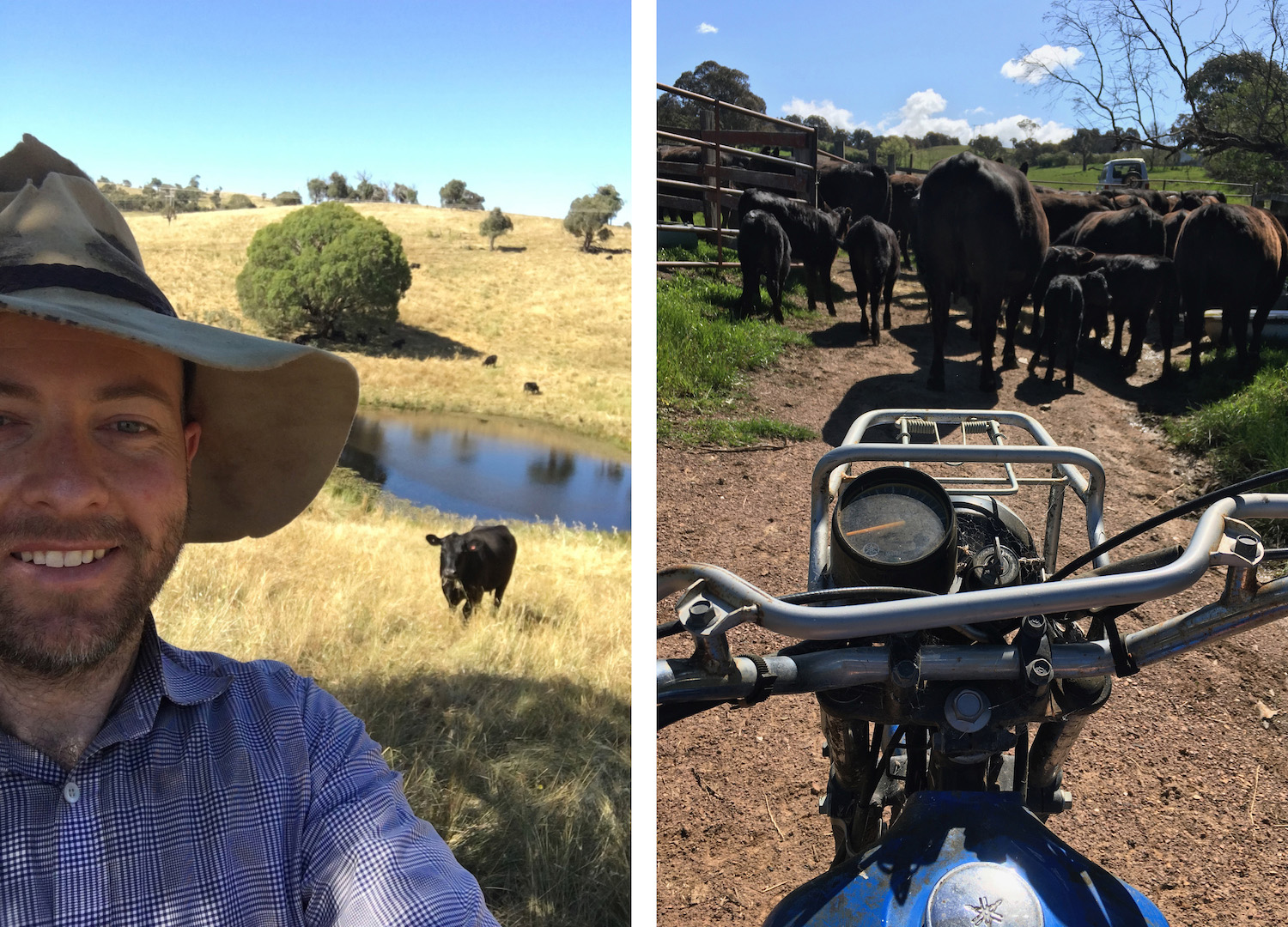 Regenerative agriculture aims to build the natural capital of a farm and take a dividend. It works from the premise that nature is complex, self-organising and self-repairing – but that in most of the world’s ecosystems, it has been so badly damaged that human intervention is needed. Buying worm castings and spreading them on your pumpkin patch: sustainable. Creating a pumpkin patch that attracts worms so that they will move in, spread their castings and multiply their numbers, so that more worms leave more castings: regenerative.

Regenerative agriculture, Dad told me, was what we did at Gollion. In his words, it let nature “work for you”. The goal wasn’t only to grow food and make money, but to restore the landscape as you went. The question was, restore it to what?

My Father and Other Animals by Sam Vincent (Black Inc.) is OUT NOW.