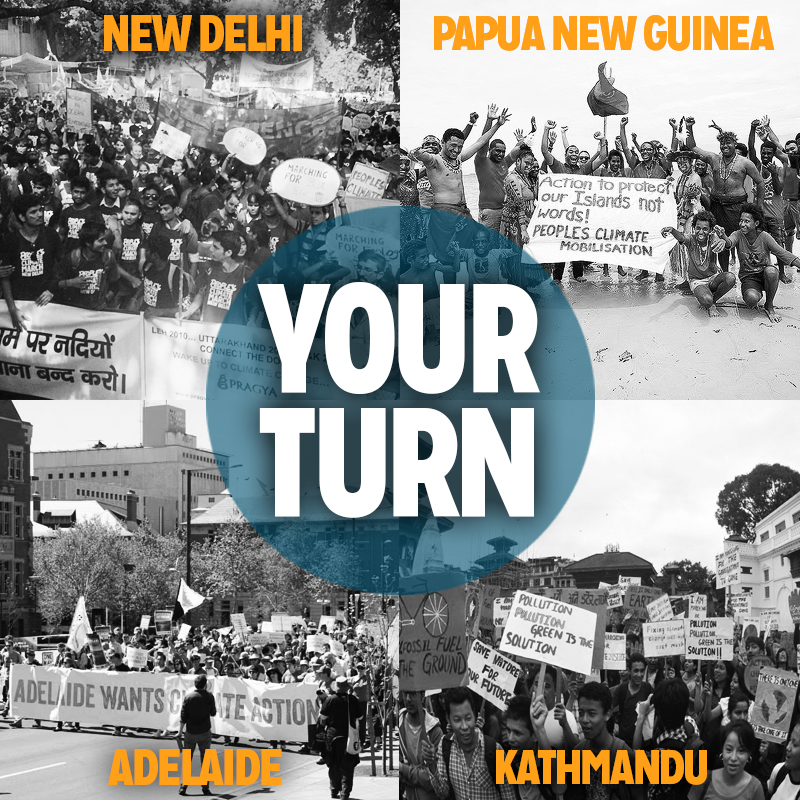 On Sunday 21 September, hundreds of thousands of people across the globe took the streets to march for action against climate change. The People’s Climate March took place ahead of the UN Climate Summit, which will be hosted by UN Secretary-General Ban Ki Moon in New York on Tuesday; Foreign Affairs Minister Julie Bishop will be there to represent Australia. Over 600,000 people in 160 countries attended rallies to campaign for curbs on carbon emissions, and Australia lent its voice to the chorus for change loud and clear: 30,000 people marched in Melbourne alone, where hot topics on the rally agenda included achieving a 100% renewable energy target and putting a stop to coal mining.

While there’s little doubt that climate change is happening all around us, it’s not all bad news: BBC Environmental Analyst Roger Harrabin says that these marches saw record numbers of people hit the streets – it seems we’re increasingly aware that climate change is something that affects all of us, and the bigger our calls for action, the more likely they are to get results. Ban Ki Moon is intent on encouraging world leaders to find solutions to the problem, and Tuesday’s meeting is a precursor to a global conference scheduled for December 2015 where it’s hoped that world leaders will strike an agreement on how to tackle climate change. Is the tide finally turning? Image courtesy of peoplesclimate.org