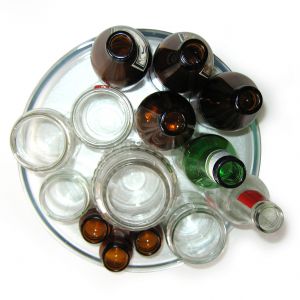 There are many differences between Australia and Germany, but after living in Berlin for a year, I found the biggest one was recycling. Germans rock at recycling. Everything is separated. Food scraps go into a compost bin, ‘containers’ – such as aluminium and plastics – go into a yellow bin. There’s a black general waste bin, a paper and cardboard bin, and three different bins for glass… The best part though? Getting money back for drink containers. Beer bottles, soft drink cans and any plastic bottles are worth good money, thanks to what they call a Pfund. You simply take them back to your local supermarket, feed them into a reverse vending machine and get a receipt back with a dollar amount, which you can put towards your grocery bill or claim as cash. The scheme is so lucrative that some people in Berlin actually make a living by collecting bottles and cans. Granted, cost of living is pretty cheap in Berlin, but it all adds up: 8c for a beer bottle, and anywhere up to 25c for a water bottle. Recycling is easy, and when you help the environment you get a direct benefit: cash.

So what’s up, Australia? Why the hesitation to implement a national Container Deposit Scheme (CDS) when it obviously works in other countries and has been successful in South Australia for more than 30 years? South Australians recycle about 80 per cent of the number of bottles sold in shops, compared to the rest of the country, where the figure is less than half that. They can take a bottle or can into a collection depot and get 10c back. Save them up for six months and you may even pay off a week’s worth of groceries.

The biggest hurdle to the implementation of a CDS so far seems to be drink companies themselves. Schweppes, Coca Cola and Lion Nathan recently took the Northern Territory government to court after a CDS was introduced in January 2012 – and they won. They said the scheme was costly, and they had to hike the price of drinks up so high that their customers complained. But that doesn’t have to be the case. In Germany, stores list the price of a drink and mark how much of that you’ll get back. You always know why you’re paying that little bit extra and you’re more likely to bring the bottle back than just dump it.

The good news? There’s a lot of support for a CDS in this country – including Clean Up Australia, The Boomerang Alliance, Greenpeace, Tim Silverwood and a host of other groups. And the arguments are compelling. A CDS would reduce the amount of rubbish going to landfills – or worse, into our rivers. It would increase recycling rates, cut greenhouse gas emissions, reduce water usage and create jobs. Not to mention the money that goes back into your pocket or cuts down your grocery bill. So if you’d like to see a CDS in Australia, take action by writing to your State Minister or visit the above websites for more ideas.