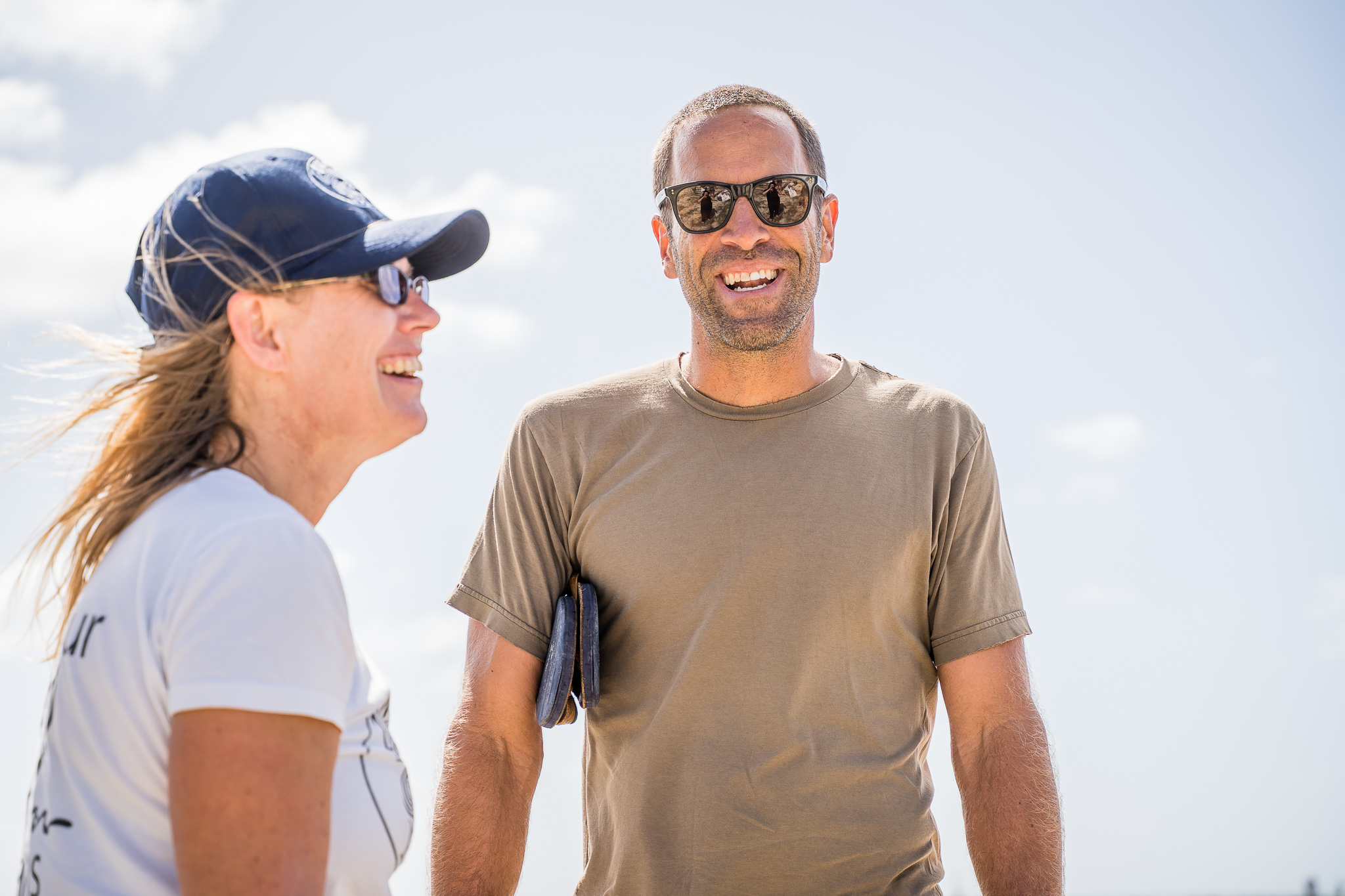 Jack Johnson – famed not just for his much-loved music but for his tireless environmental campaigning – is spearheading a new initiative to reduce single use plastic bottles at concerts and festivals.

Launched at Byron Bay’s Bluesfest over the Easter weekend and supported by marine conservation charity Tangaroa Blue and water refill stations We-Refill, the international BYOBottle campaign – modelled on a previous successful Green Music Australia campaign – is driven by The Sustainable Concerts Working Group (SCWG), a collaboration of music industry leaders and environmental advocates who believe in an environmentally responsible and sustainably driven music community. The concept is to encourage artists, venues, festivals, and fans to reduce plastic pollution in the music industry by promoting reusable water bottles and water refill stations, both backstage and front of house at music events.

“There’s a powerful wave of momentum building to reduce plastic pollution. BYOBottle is a campaign that the entire music industry can unite around, and everyone I’ve been talking with is excited to join and be part of a solution,” Jack said. “The idea is get more reusable bottles into the concerts”, he explains. “It breaks my heart at the end of a show to look out and see an ocean of plastic out there. Being a surfer and being somebody who is bringing people to these venues, I just felt like it was something we really wanted to get behind – to cut down on the single use plastics.”

We-Refill, founded by Brett Tait, is behind the chilled water stations that have been placed at concerts and festivals around Australia, and they’ve estimated that by having their water stations back-of-house at Bluesfest 2019 they saved 20,000 bottles from going to landfill. When you consider they’ve appeared at over 50 festivals, they’ve saved over 148,000 bottles being discarded. Brett’s worked for many years to develop the water stations that provide chilled still and sparkling water, along with his collapsable reusable silicon festival cups that help eliminate single use plastic water bottles.

On the Sunday of Bluesfest, We-Refill  – along with Tangaroa Blue, Green Music Australia, singer/songwriter (and son of Willie Nelson) Lucas Nelson, Maree Lowes (AKA Dirt Girl) and Jack Johnson himself – took a very hands-on approach to the plastic problem by holding a beach clean-up at nearby Brunswick Heads. Peppermint was lucky enough to take part and, by covering just 500m of beach in around 30 minutes, the team was able to remove over 22kg of waste from a beach that looked clean to start with.

Founder of Tangaroa Blue and the Australian Marine Debris Initiative, Heidi Taylor is a former dive instructor who’s now a tireless campaigner and educator working to not only clean up beaches and marine environments, but to head off the flow of waste reaching the waterways from the source – because, Heidi says, “if all we do is clean-up, that is all we will ever do.” She’s been working with schools, government, communities and industry to reduce plastic pollution, and is responsible for introducing the Operation Clean Sweep program into Australia, which engages the plastics industry to aim for zero plastic resin pellet-loss into the environment. These tiny pellets  – also known as nurdles – are grains of plastic used by the industry to create plastic products, but many are lost in the process and during transportation before ever reaching their manufacturing destination, ending up in our oceans and on beaches.

Also found on the beaches in recent years were fragments of polystyrene that Heidi and her team eventually identified as weather balloon pieces. Upon investigation, they discovered the Bureau of Meteorology  was releasing 100 polystyrene balloons over the oceans every day to track weather patterns, with these balloons then breaking up into pieces and washing up on our shores. After communicating with BOM about the issue, and Tangaroa Blue releasing a scientific paper on the weather balloon foam, the Bureau replaced the old polystyrene balloons with ones made of cardboard. These cardboard options are now used across the country, although Heidi says that polystyrene remnants are still being found (indeed, a piece was found during our clean-up).  “We’ve been able to influence, at an international or a national scale, a government department just by knowing what something was and tracking it back to the source,” Heidi notes of the outcomes of the clean-ups.

The issues with plastic pollution, and the influence that we can have as individuals, can seem daunting – to which Heidi offers: “I think with these big sustainable issues, is not to be overwhelmed by them. Because when we go to these places, you can just stand there on a beach and be so overwhelmed thinking how can one person possibly do anything, but it’s about the influence we all have on our friends, our family and our network that helps us to shift the social norm. And that’s how we actually feel like we are contributing to the bigger picture stuff and we can reach these goals.”

Jack’s been partnering with Tangaroa Blue for several years now alongside his own charity, The Johnson Ohana Charitable Foundation – working together to reduce waste by organising beach cleanups in his hometown in Hawaii and around the world when he’s touring. The avid surfer encourages everyone to get involved in beach cleanups, but when it comes to involving children, Jack adds that it’s important to make it fun and to not just take the kids to the beach for cleanups only – “It’s really about turning kids onto the idea of the waste stream and shutting it off at the tap”, he says. “We all protect the things that we love – if we love the ocean and the beach, then we’ll protect it. So it’s more important to make kids fall in love with the beach… just take the kids to go play, enjoy and love the ocean.”

When it comes to his other love, the music industry, Jack’s hoping that venues, festivals and promoters will commit to providing water refill stations for artists and fans as part of the initiative. Fans can also make the BYOBottle commitment and show their support of the music industry’s efforts to reduce single-use plastic waste. “Expectations are changing around what makes a positive and successful music event, and sustainability is a huge part of that,” he explains. “I’m excited to help show what concerts can look like if artists work together with fans and venues or festivals to reduce plastic waste.”

To see how you can support the campaign head to byobottle.org, and remember to #BYOBottle at your next concert!

Expectations are changing around what makes a positive and successful music event, and sustainability is a huge part of that 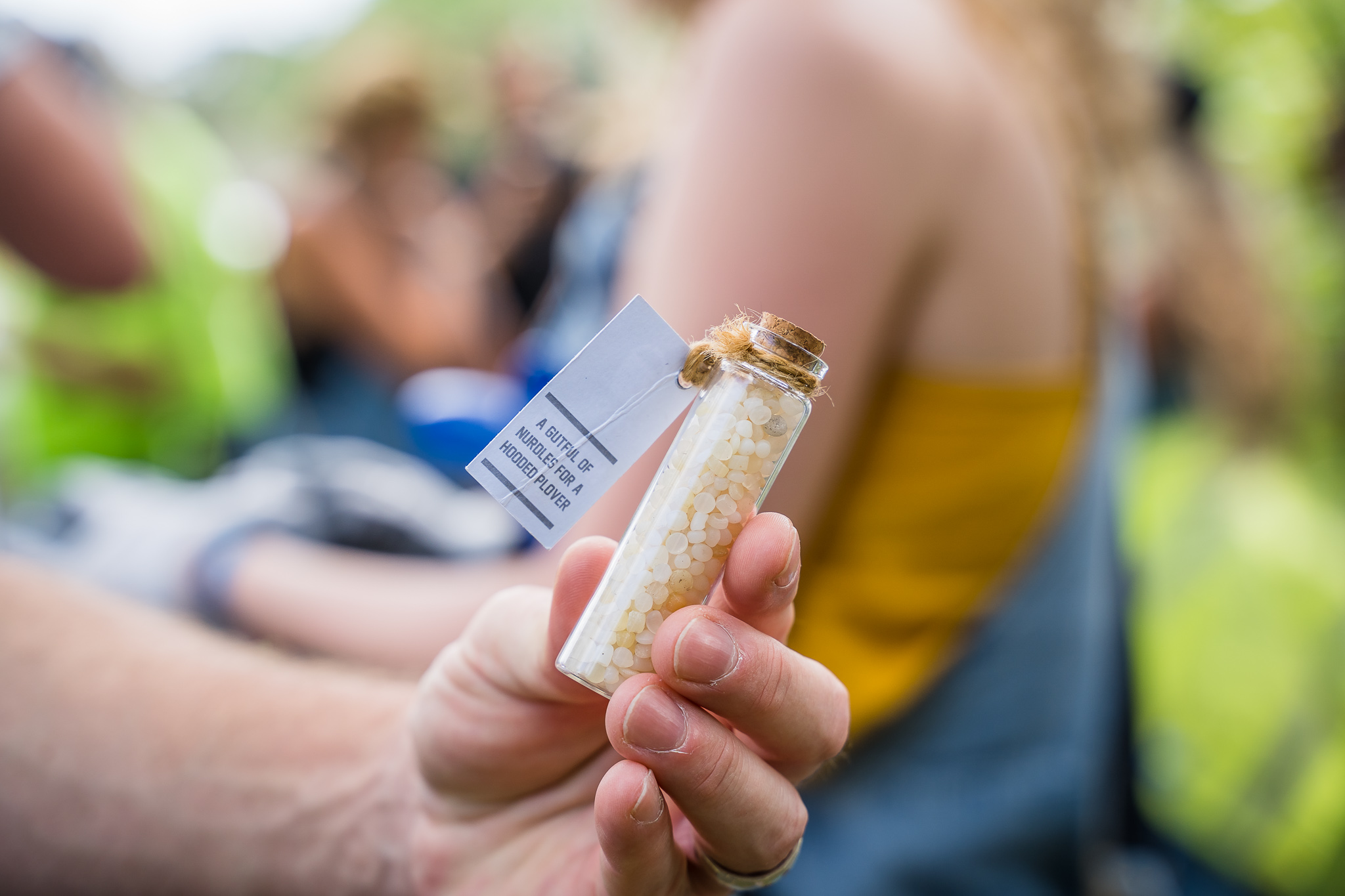 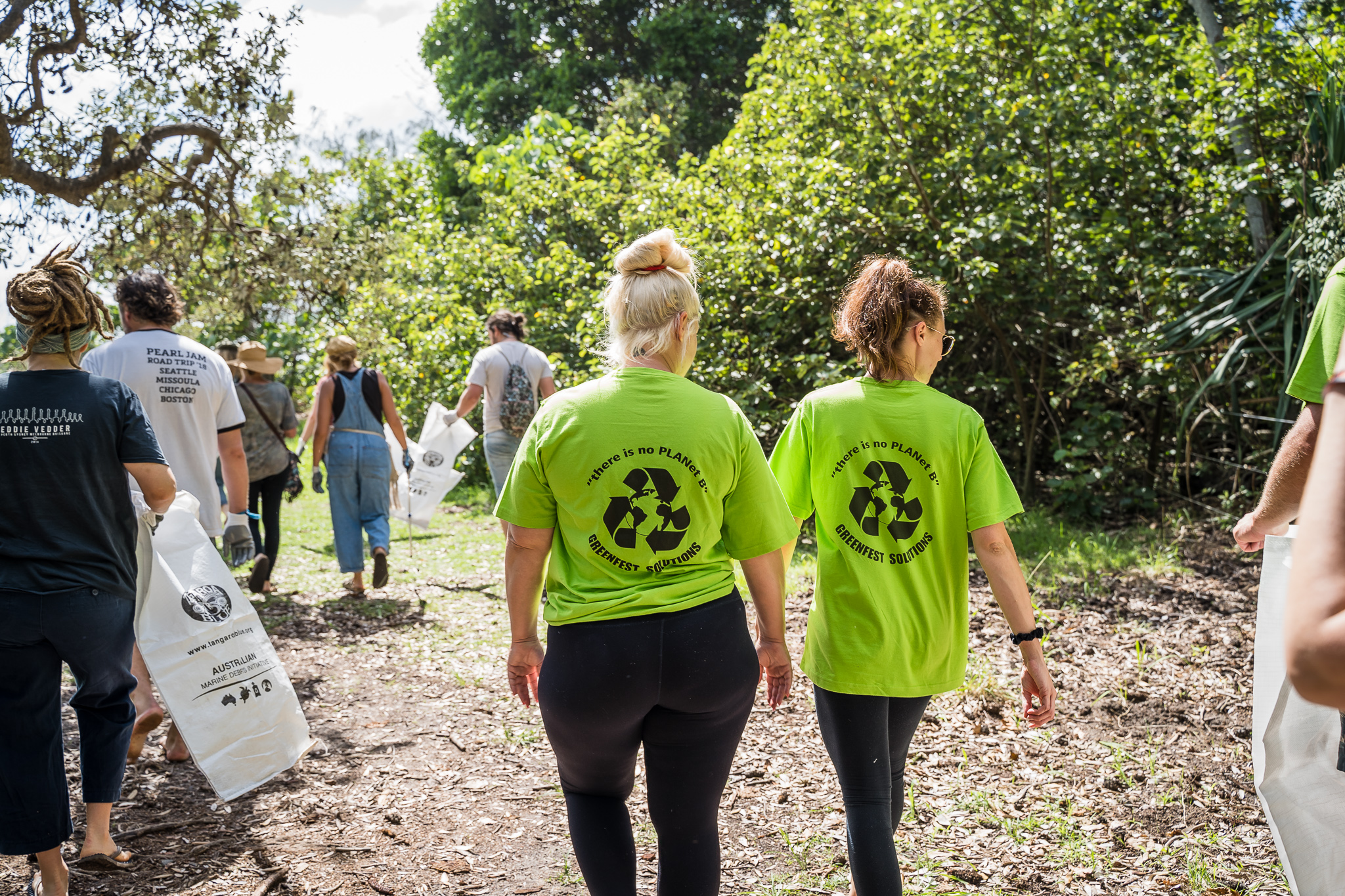 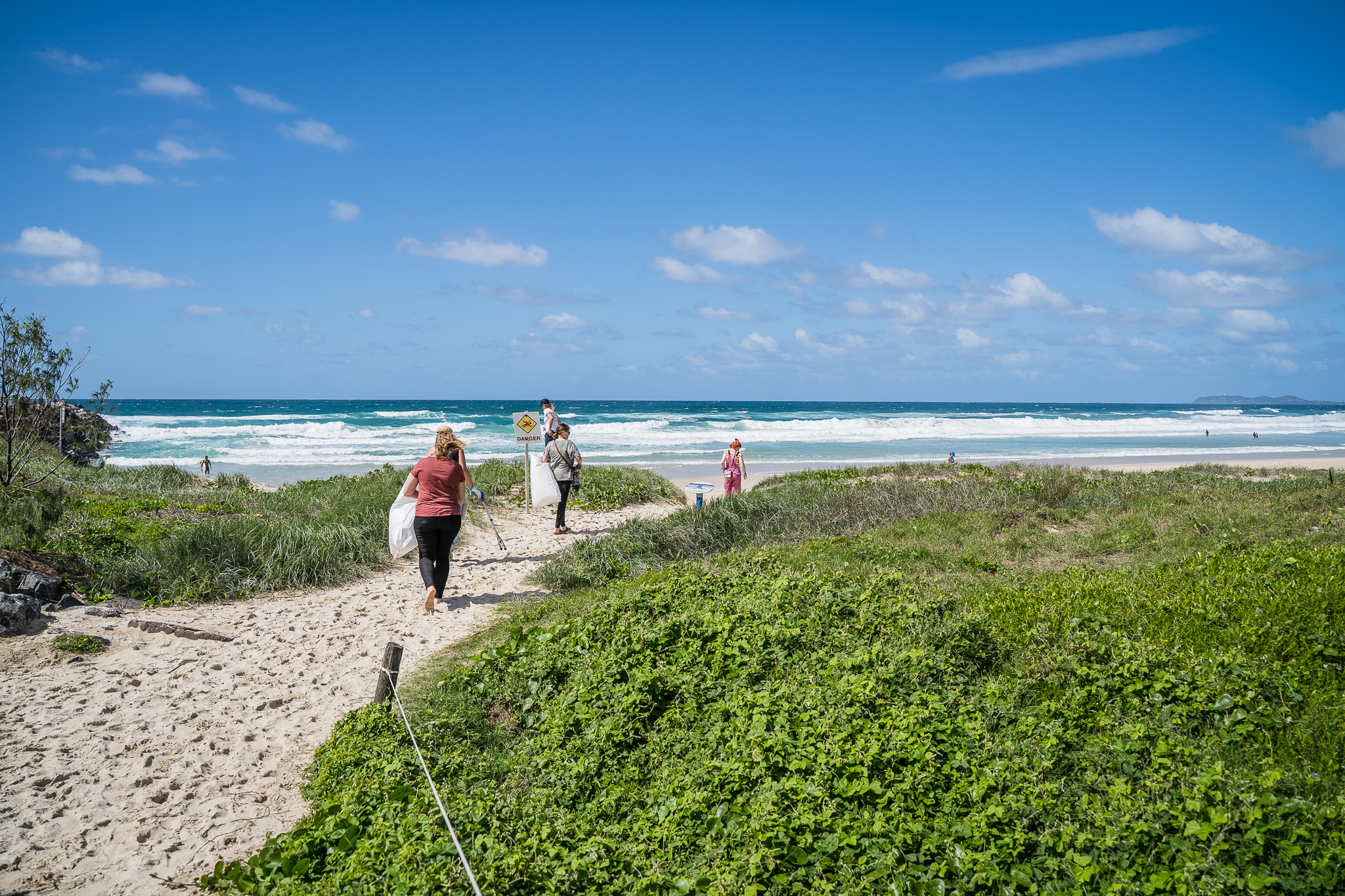 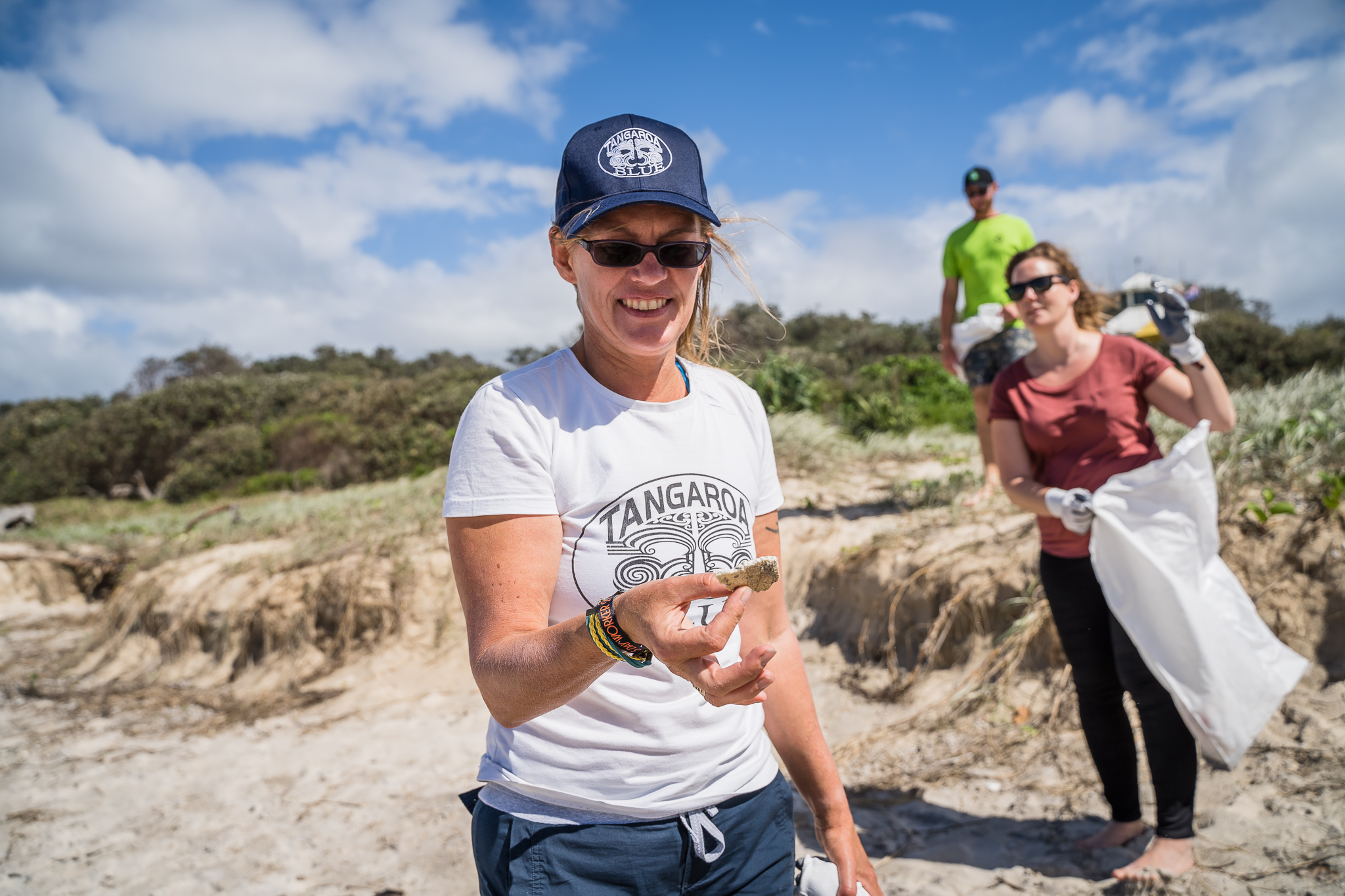 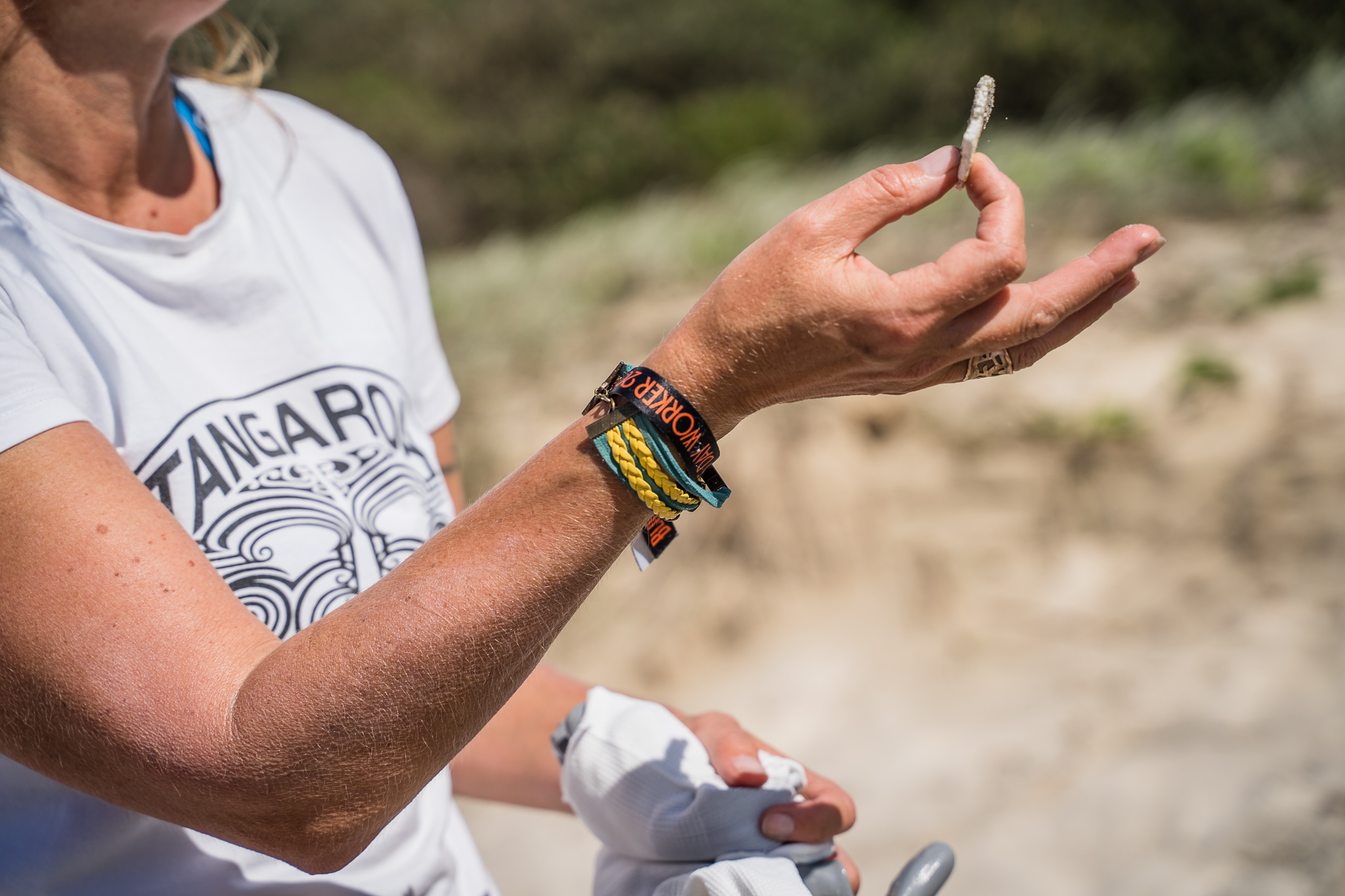 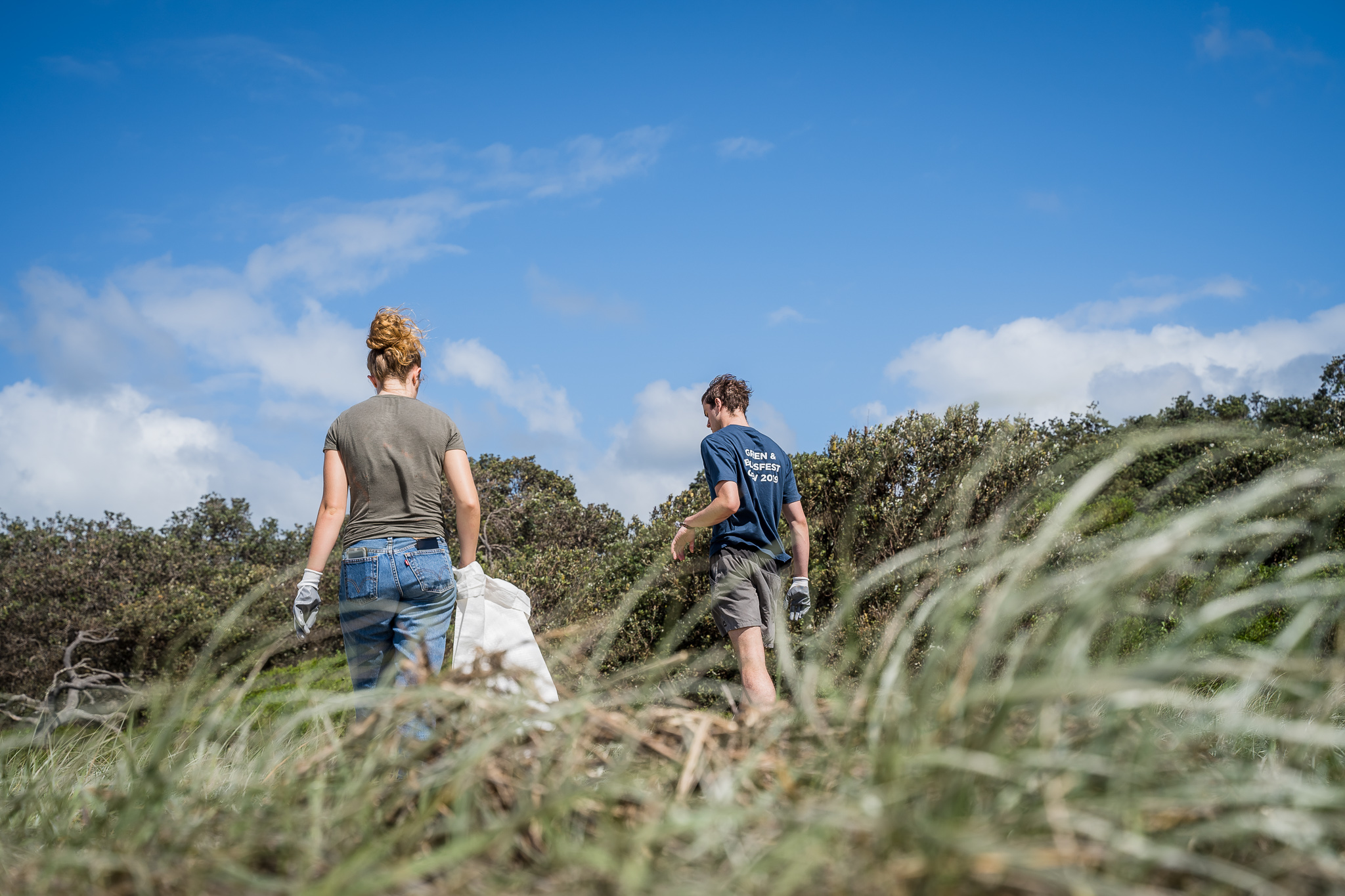 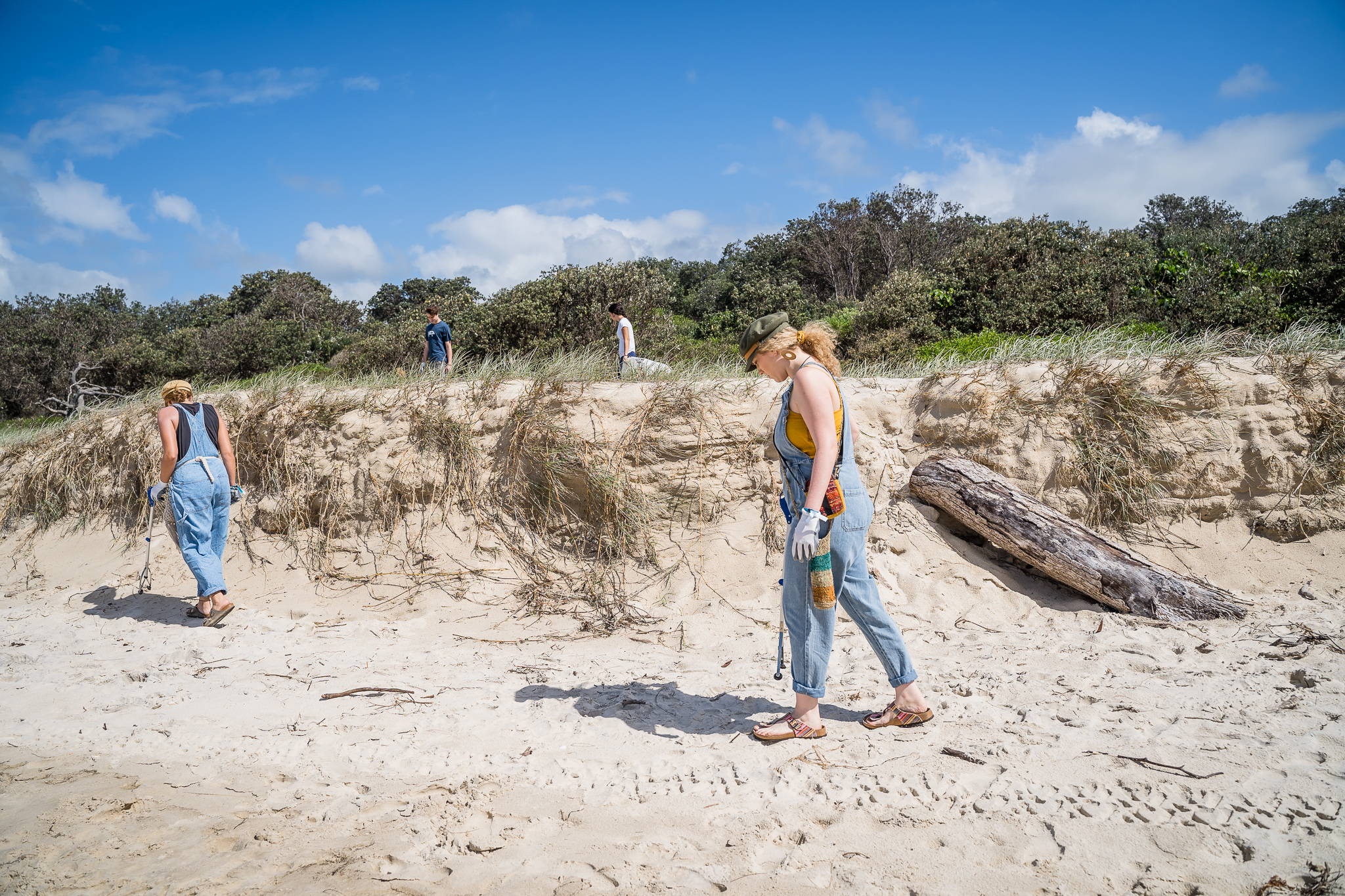 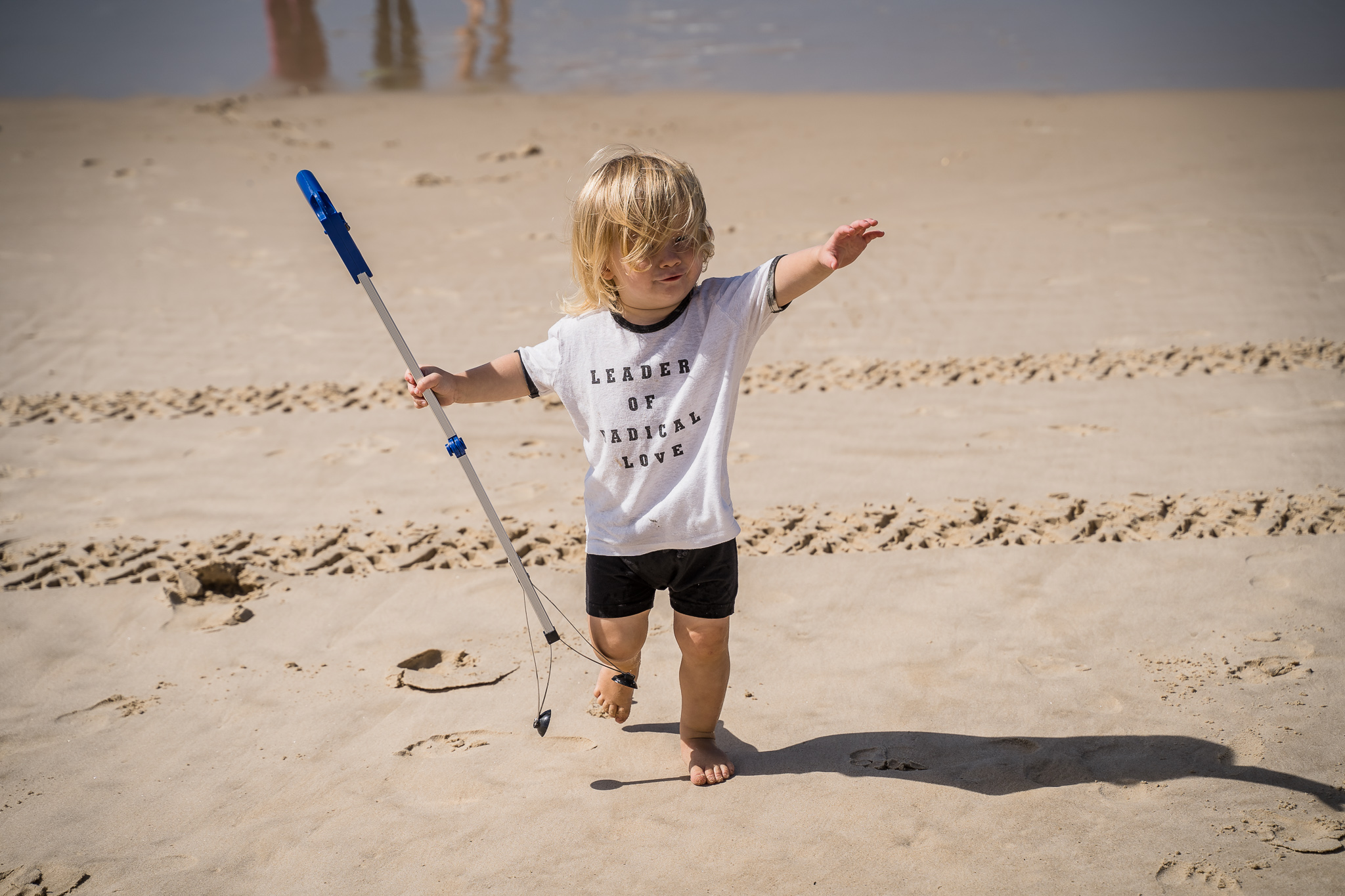 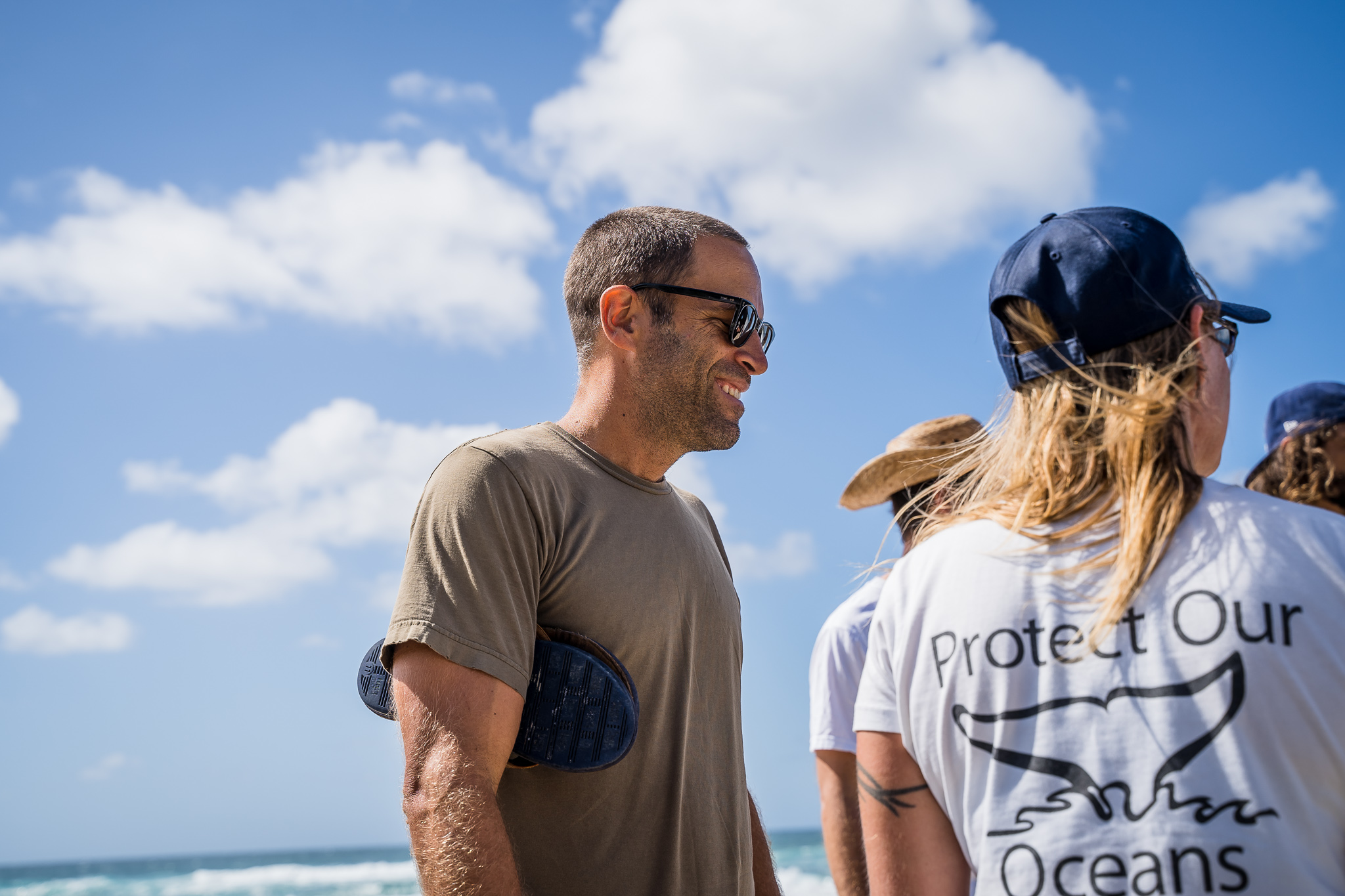 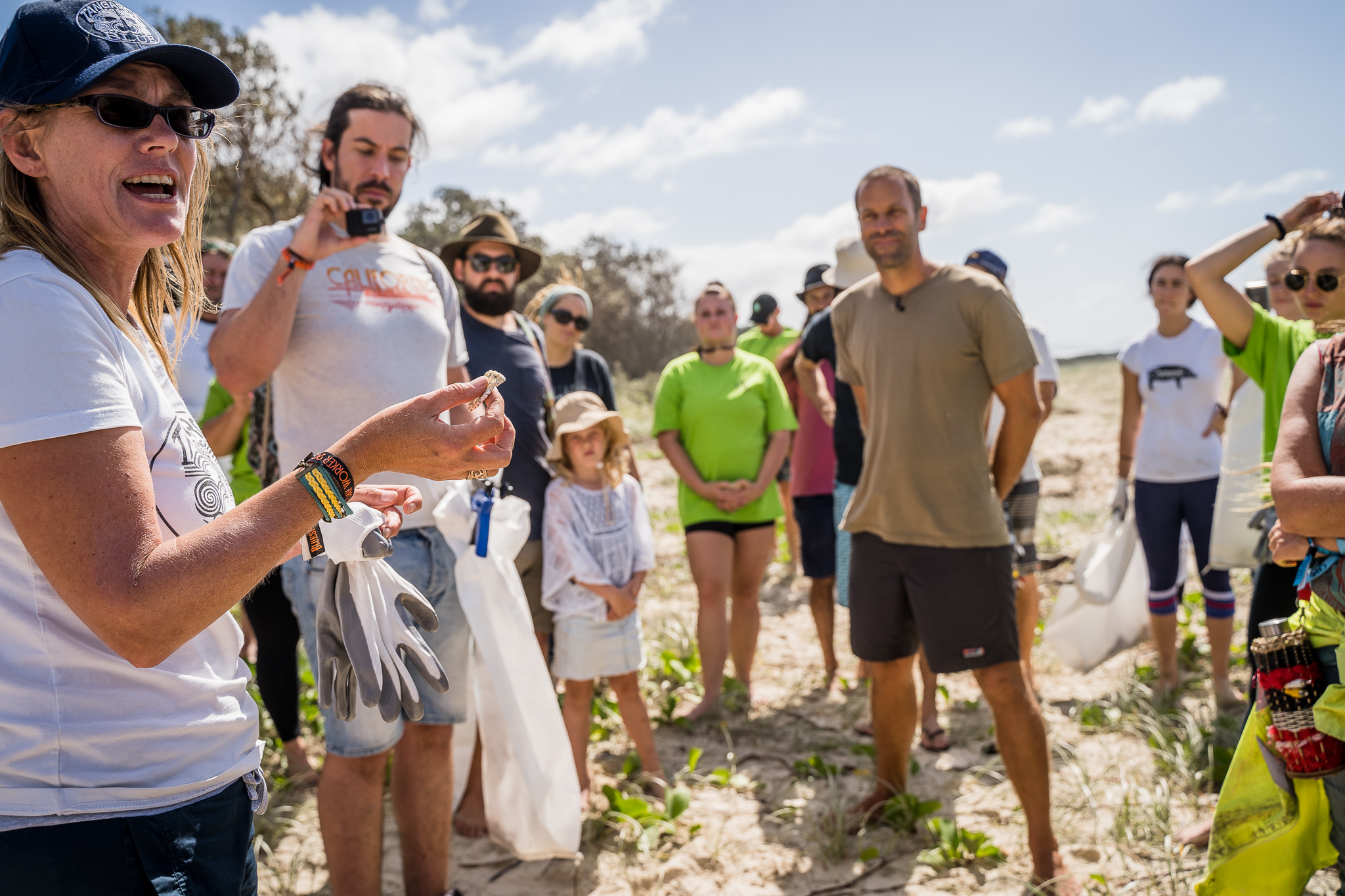 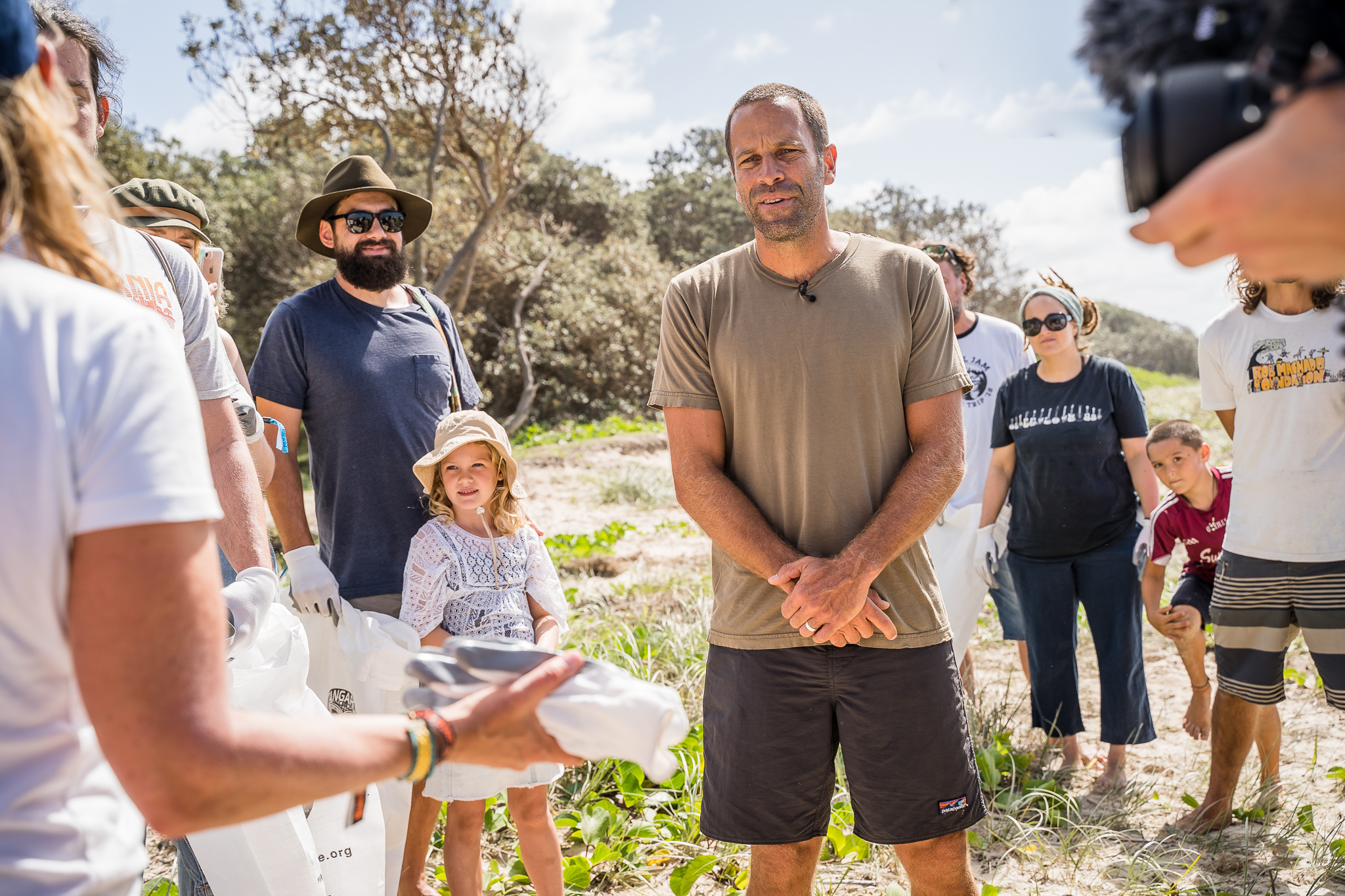 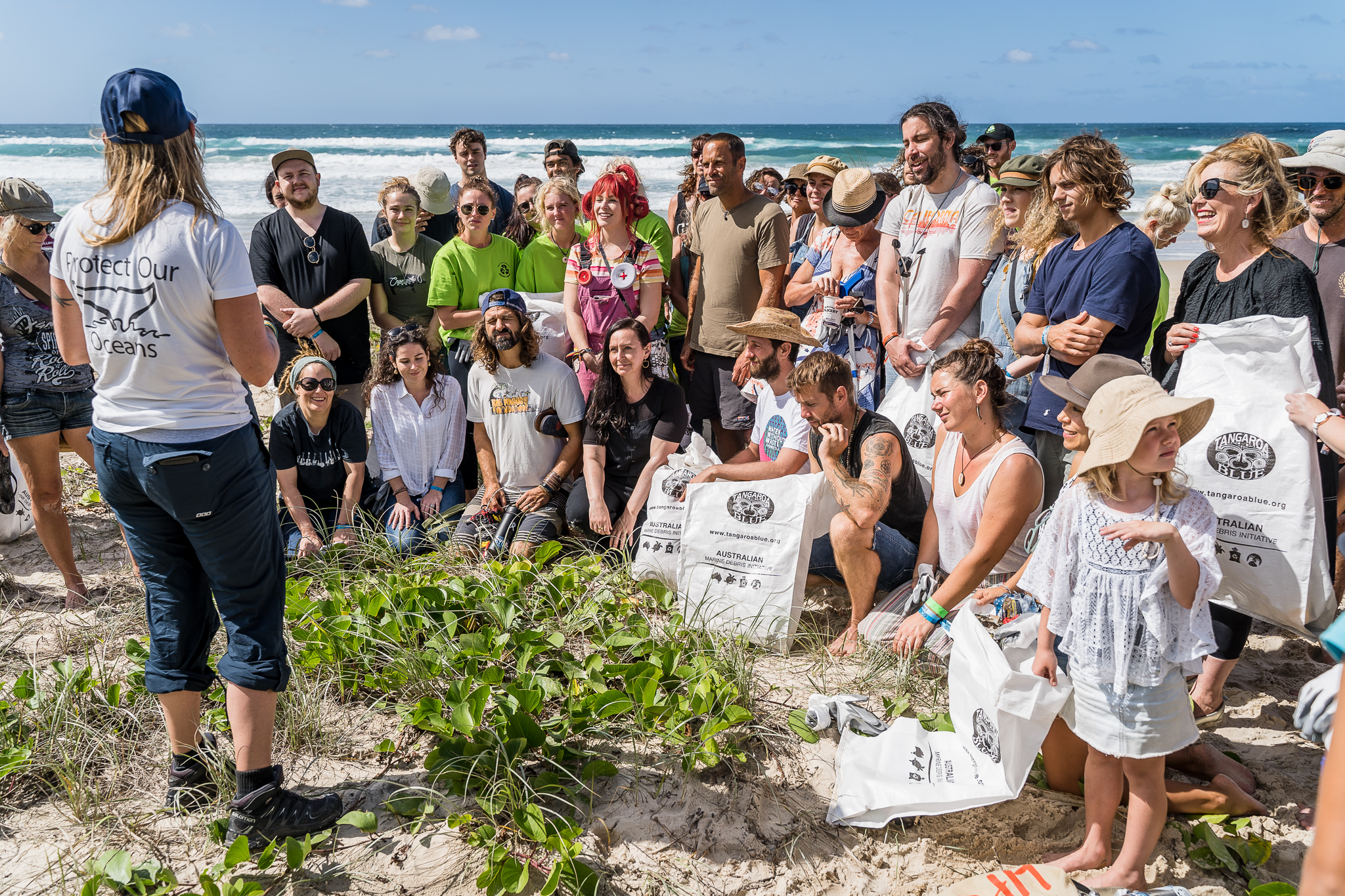 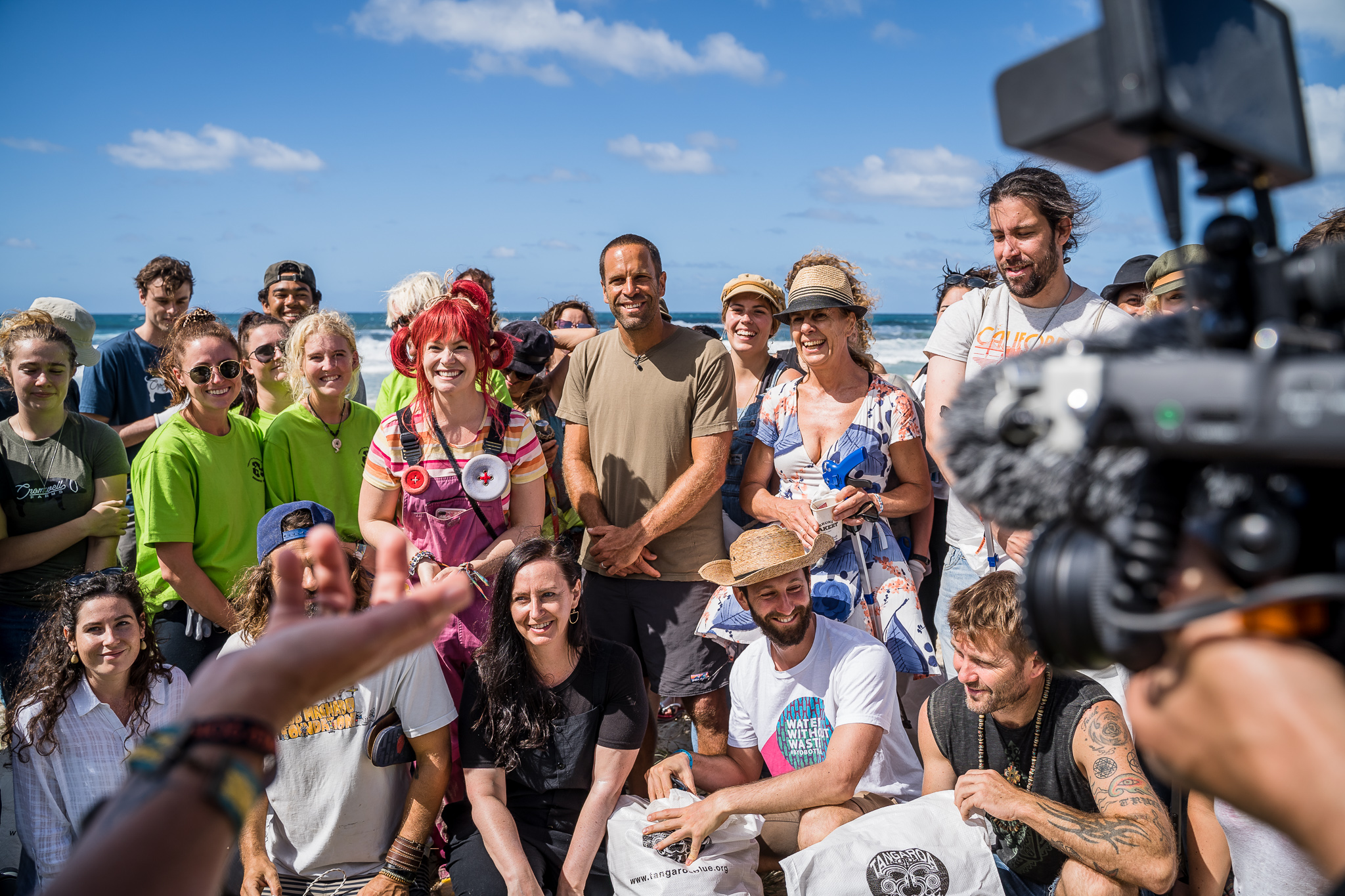 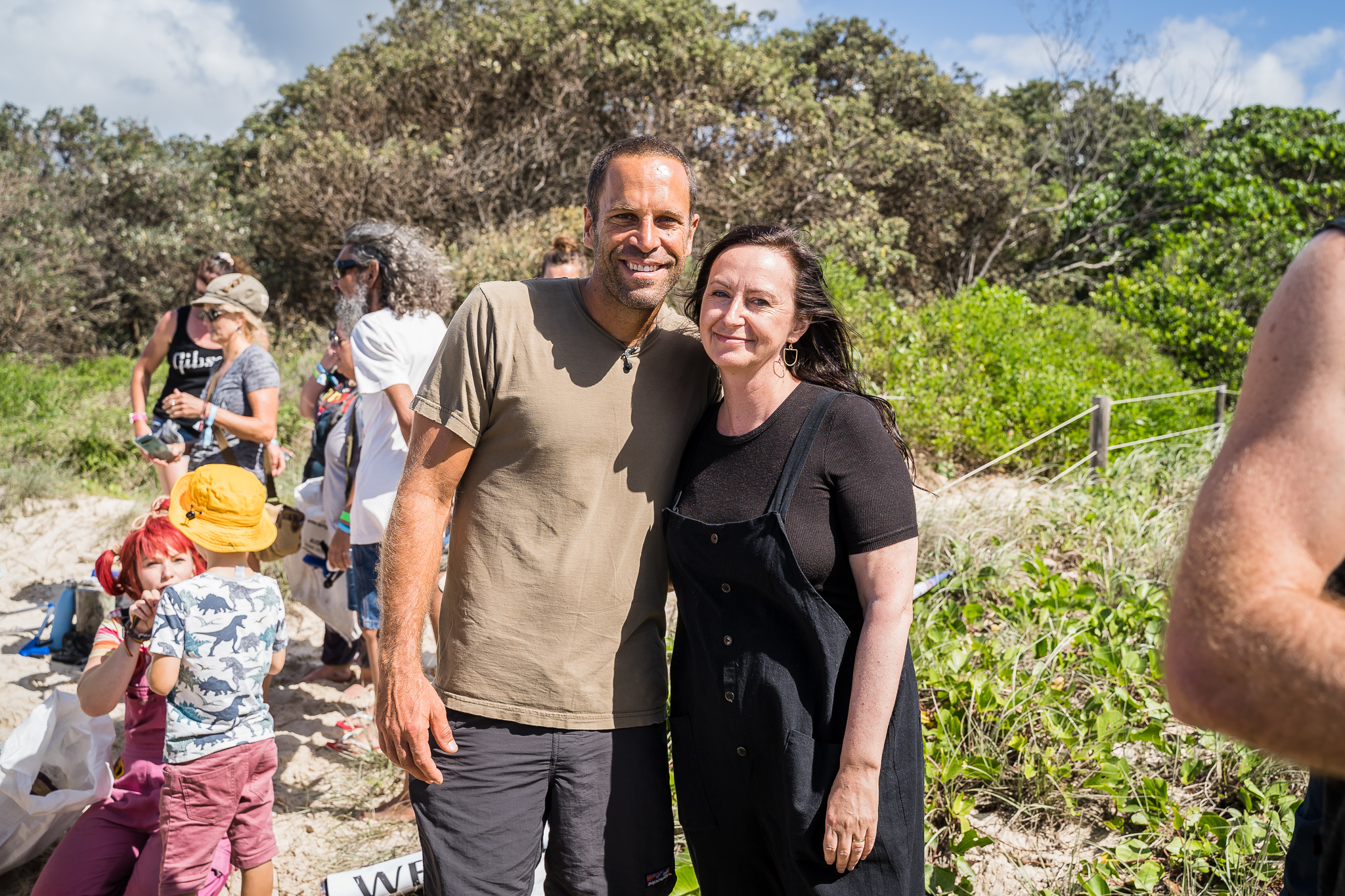 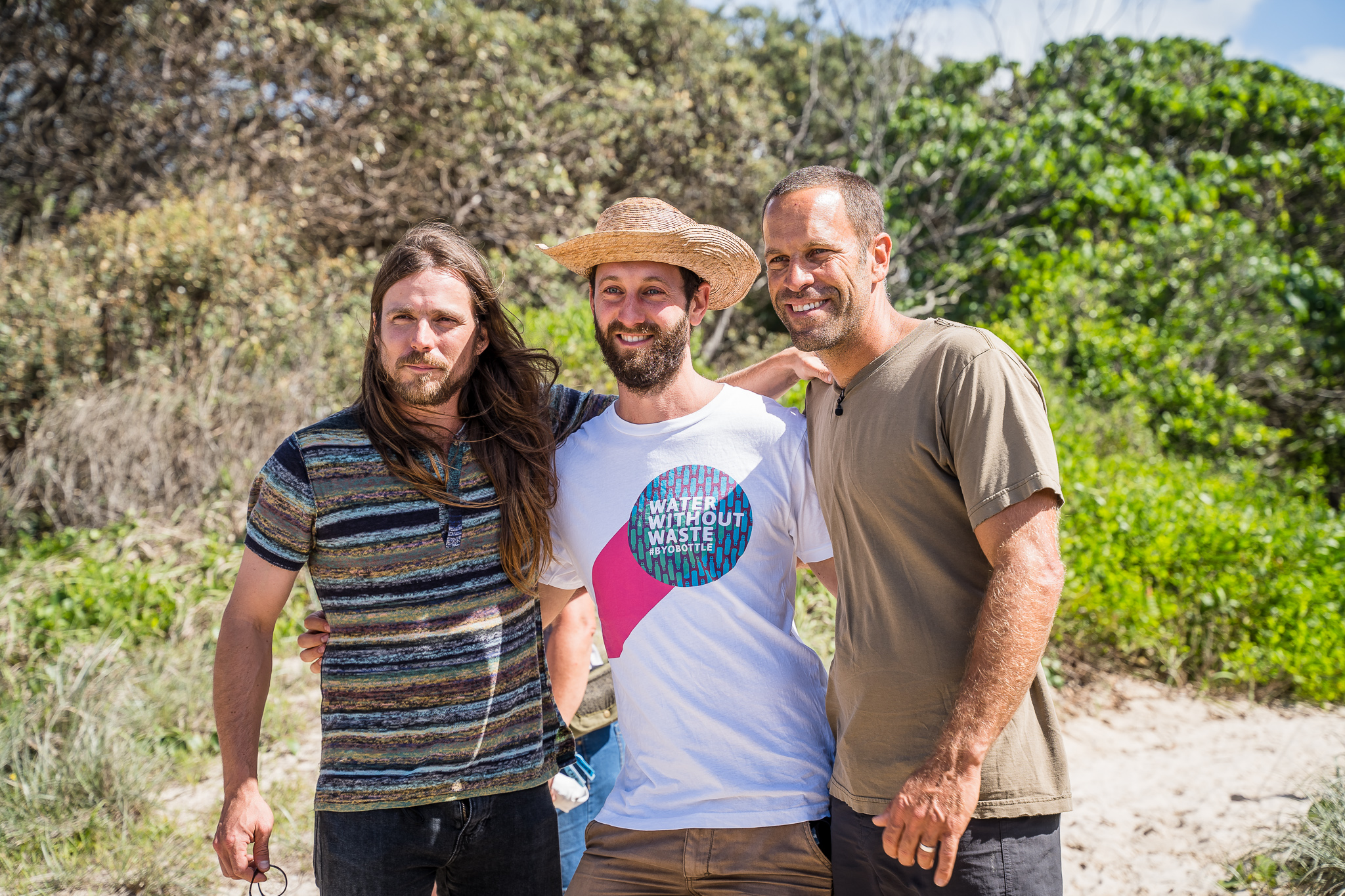 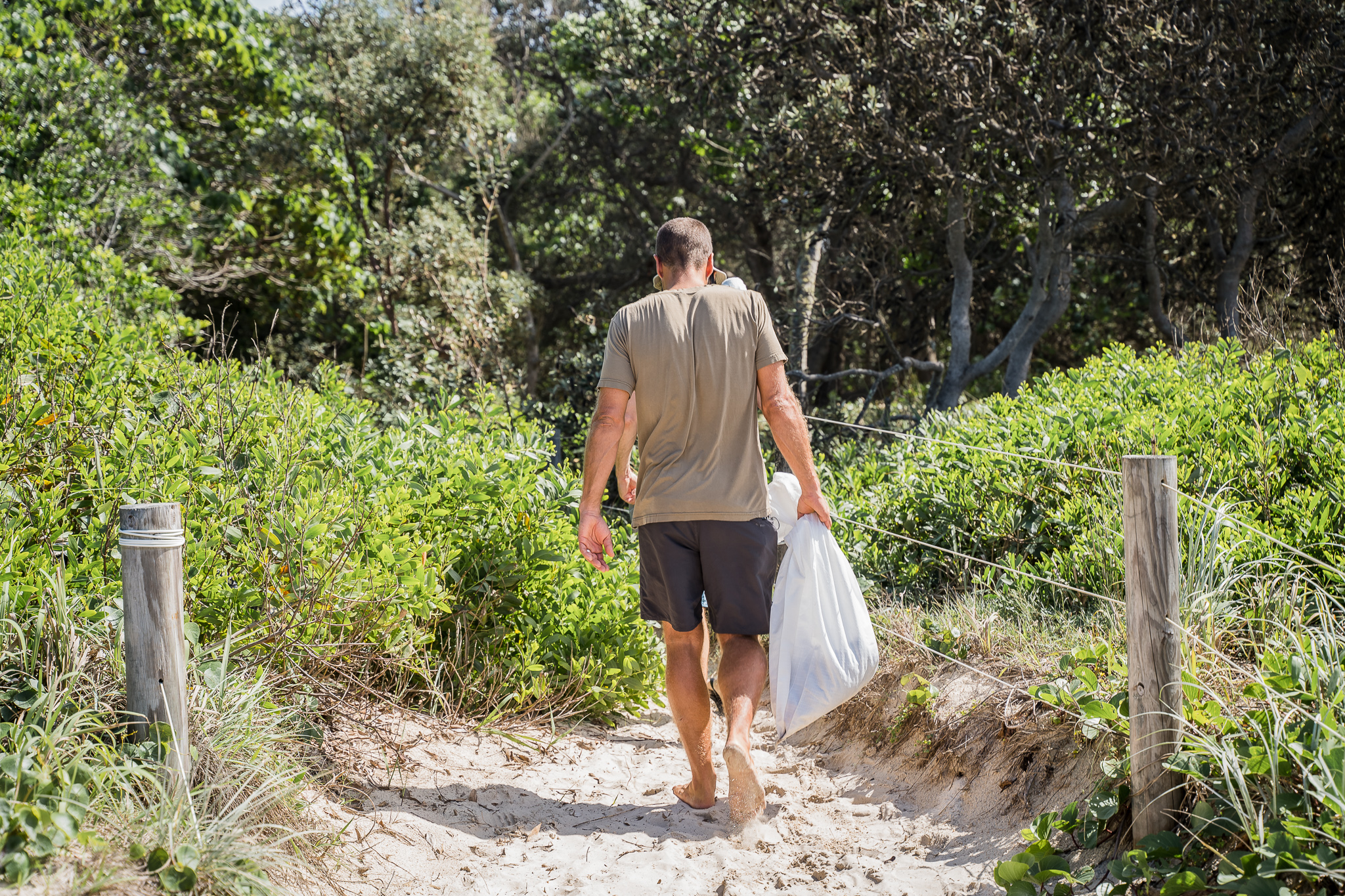 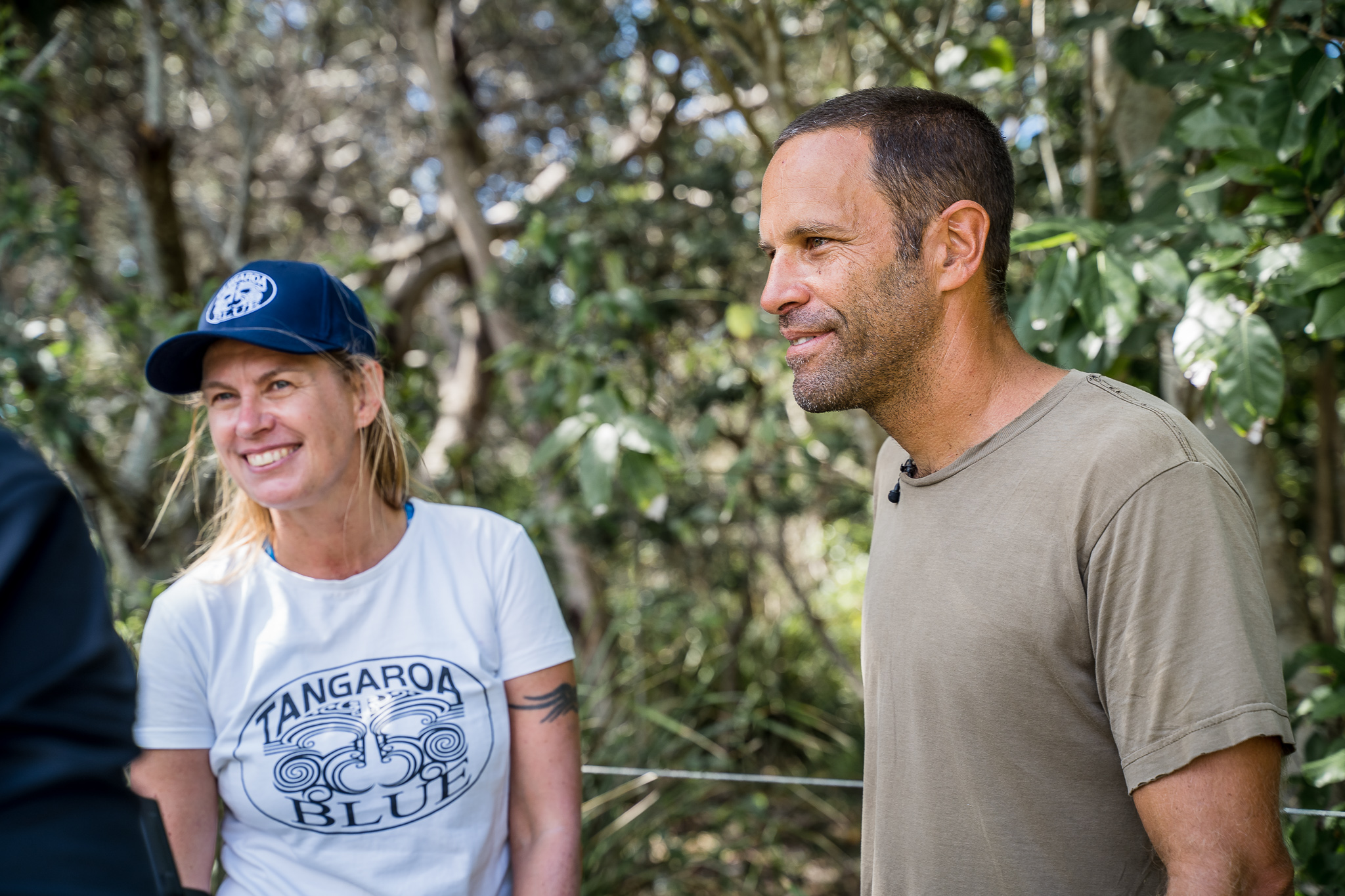 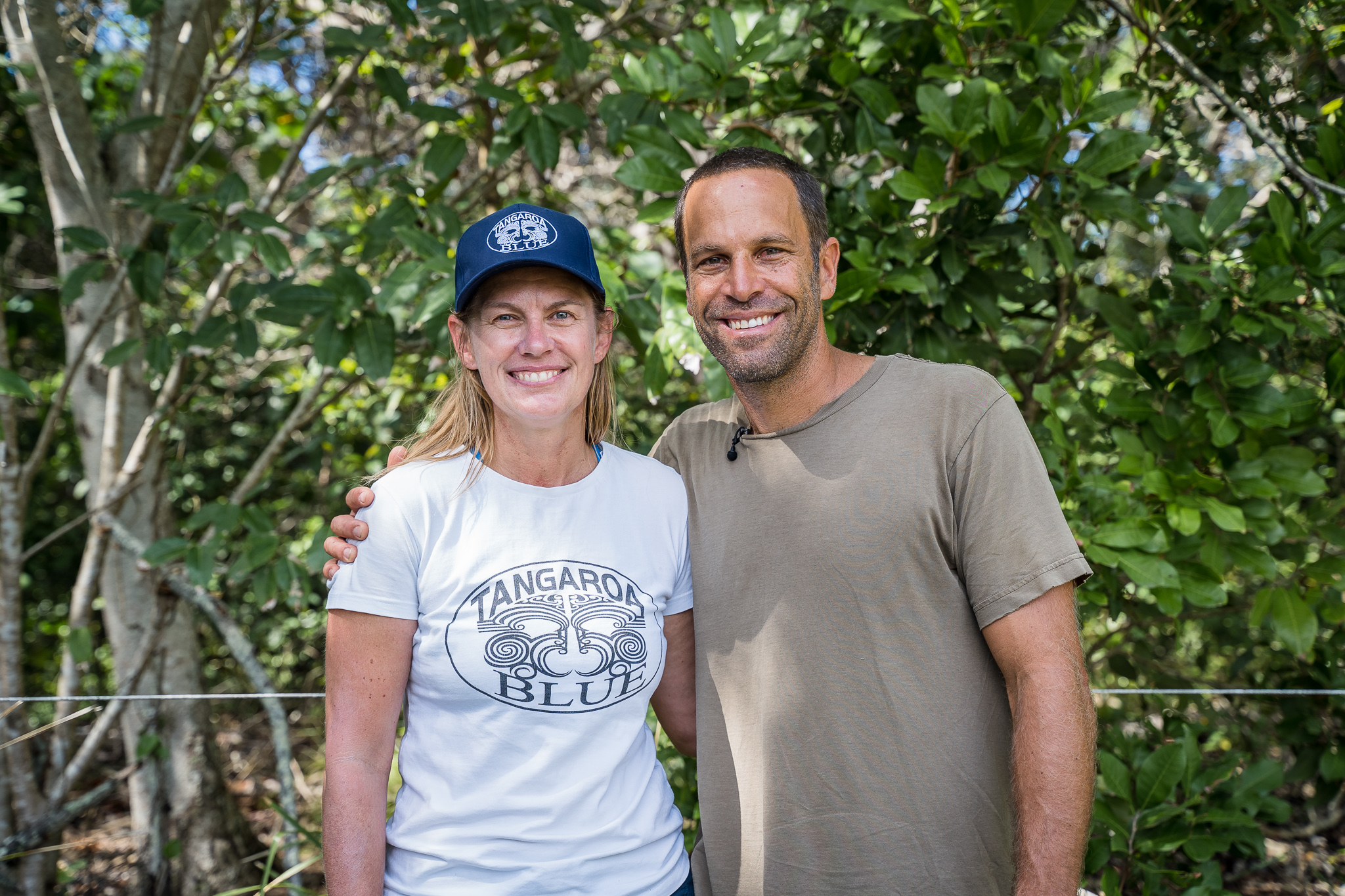 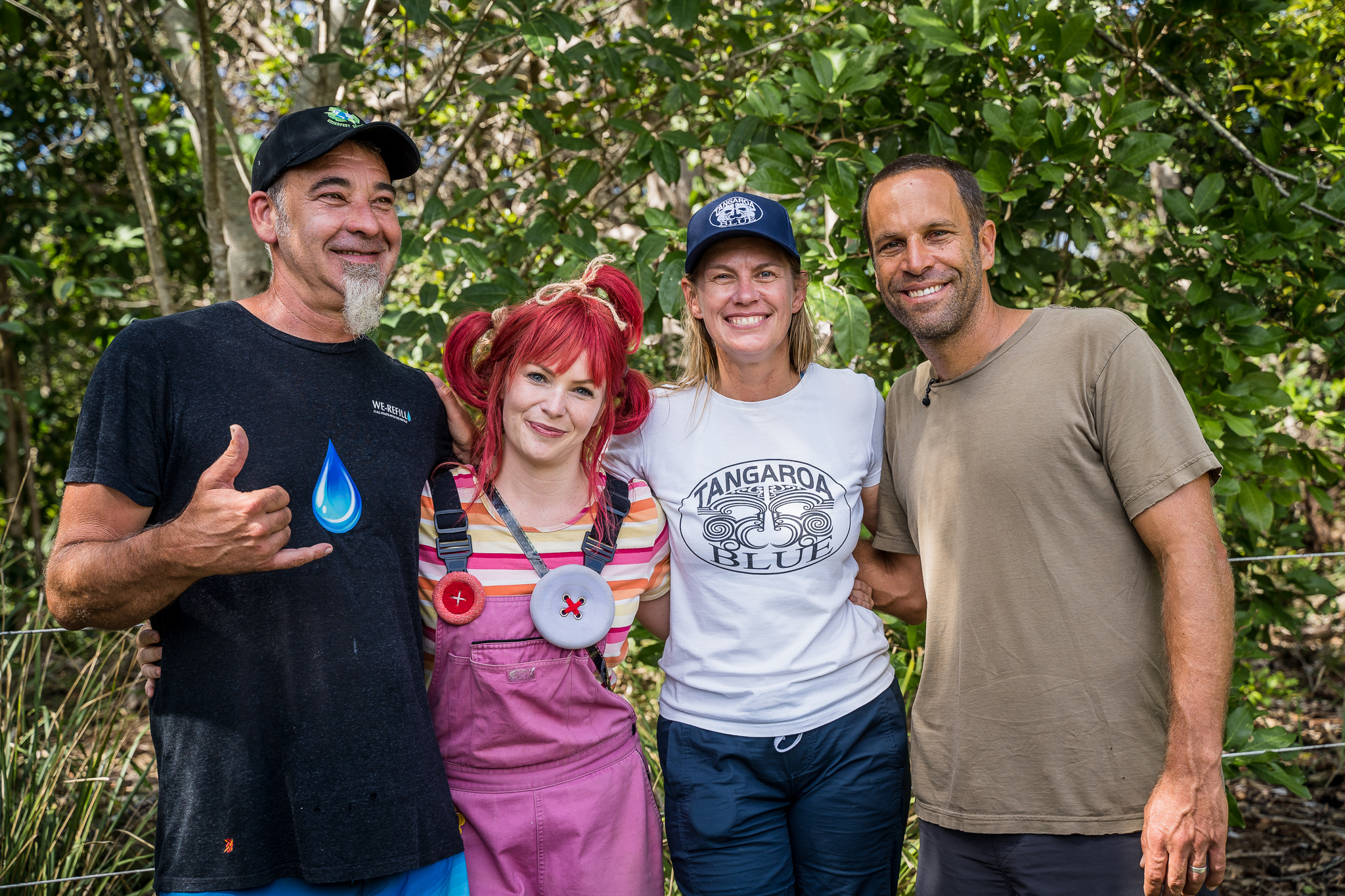 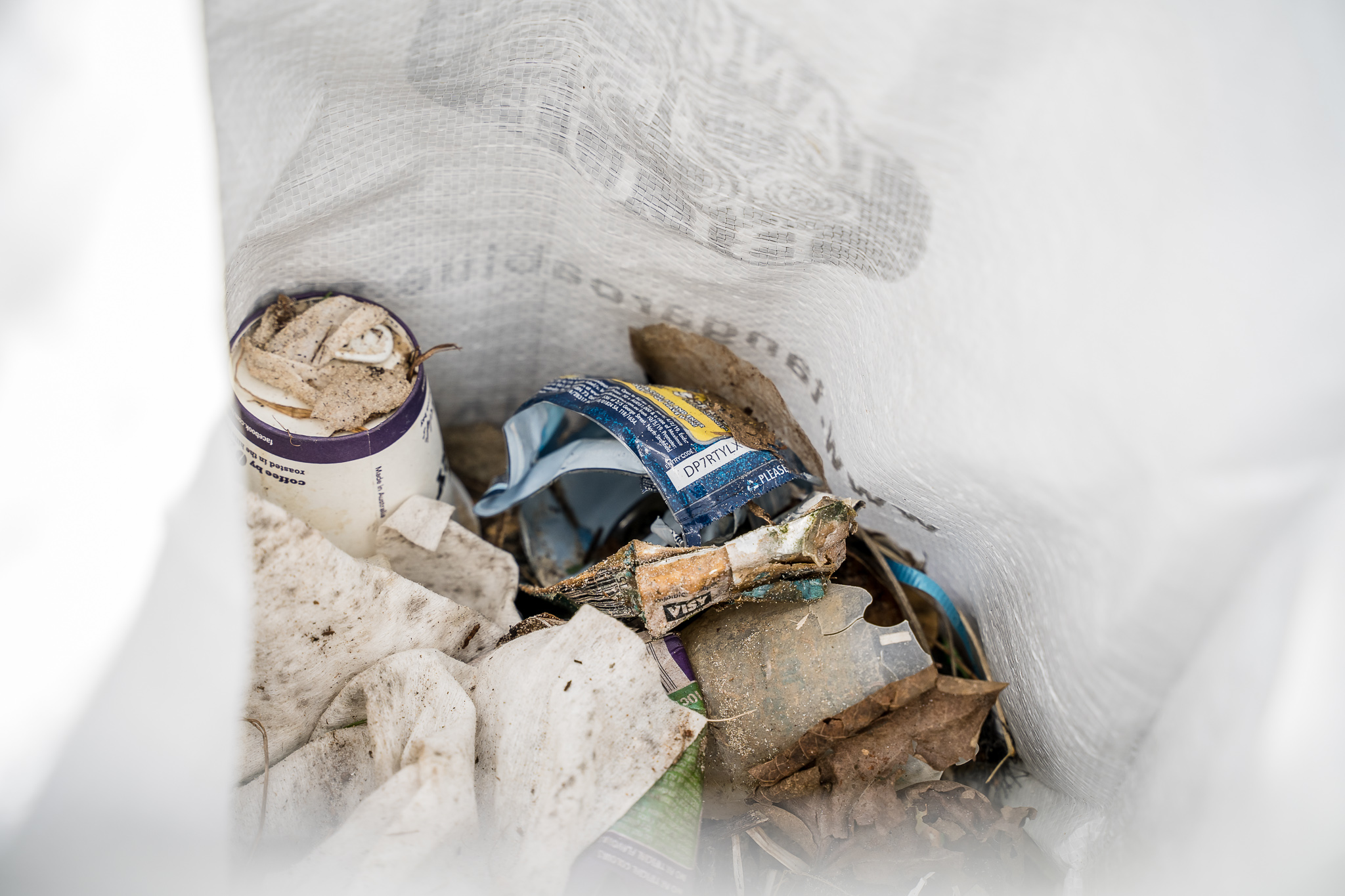 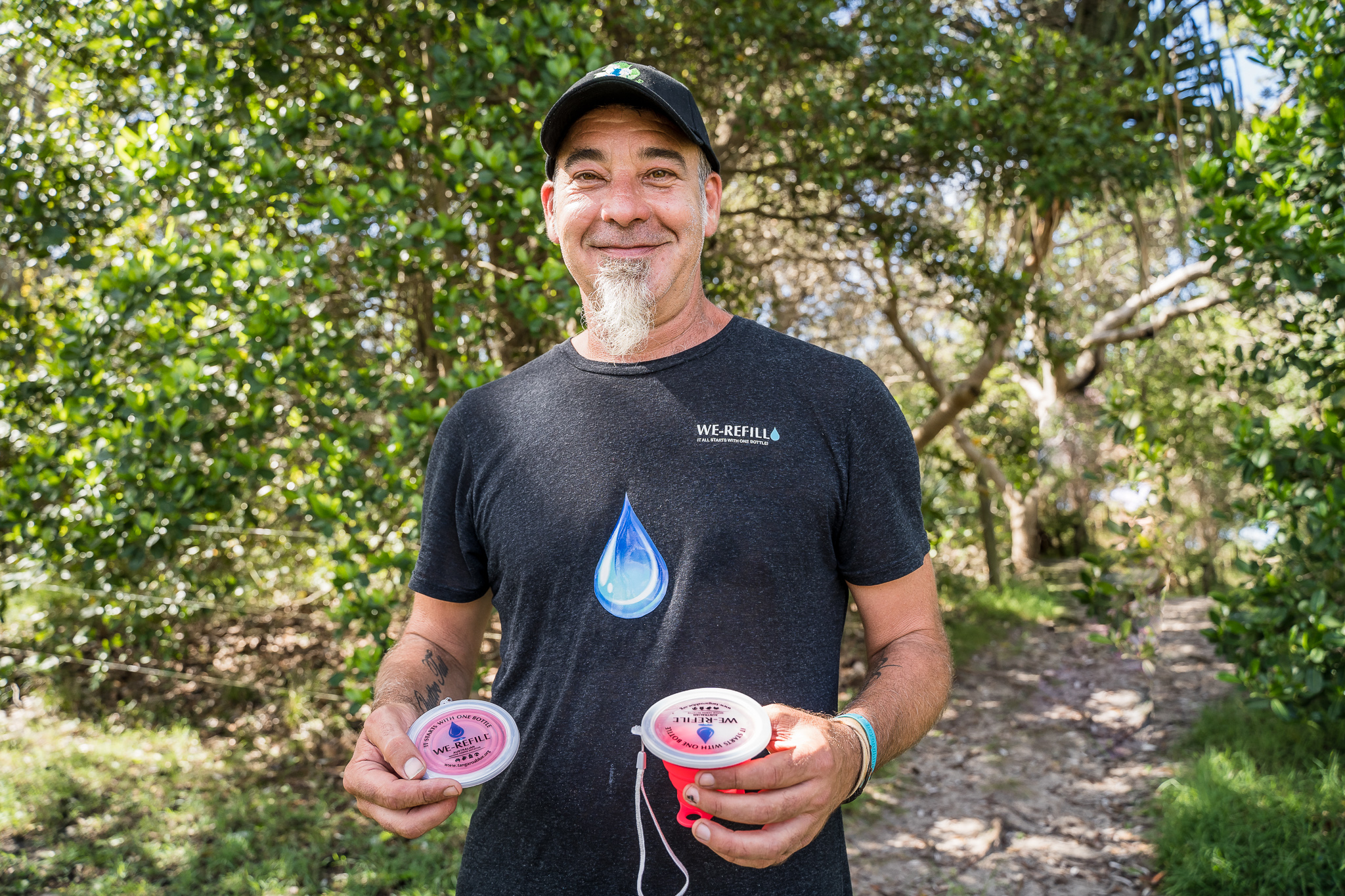 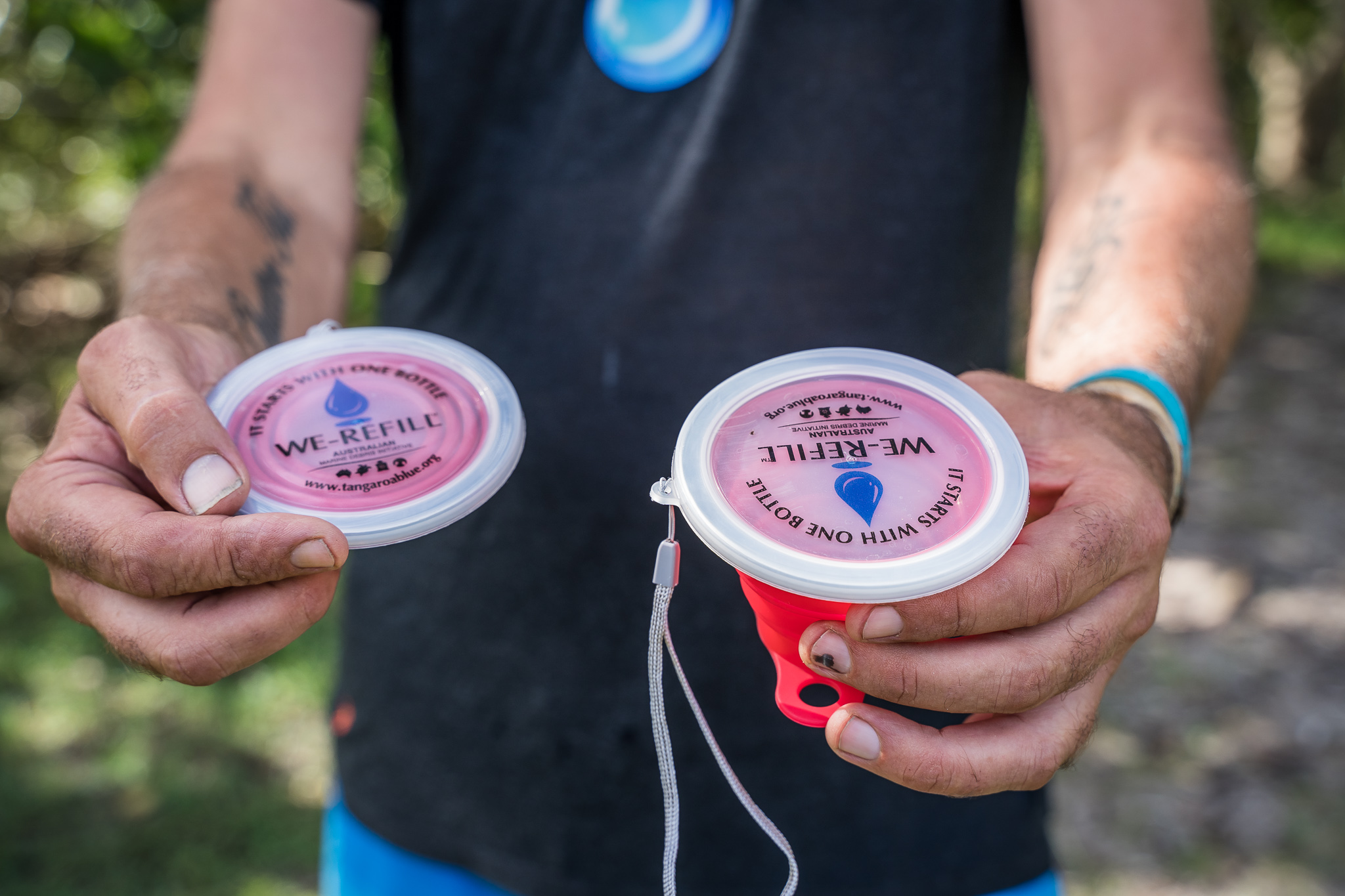 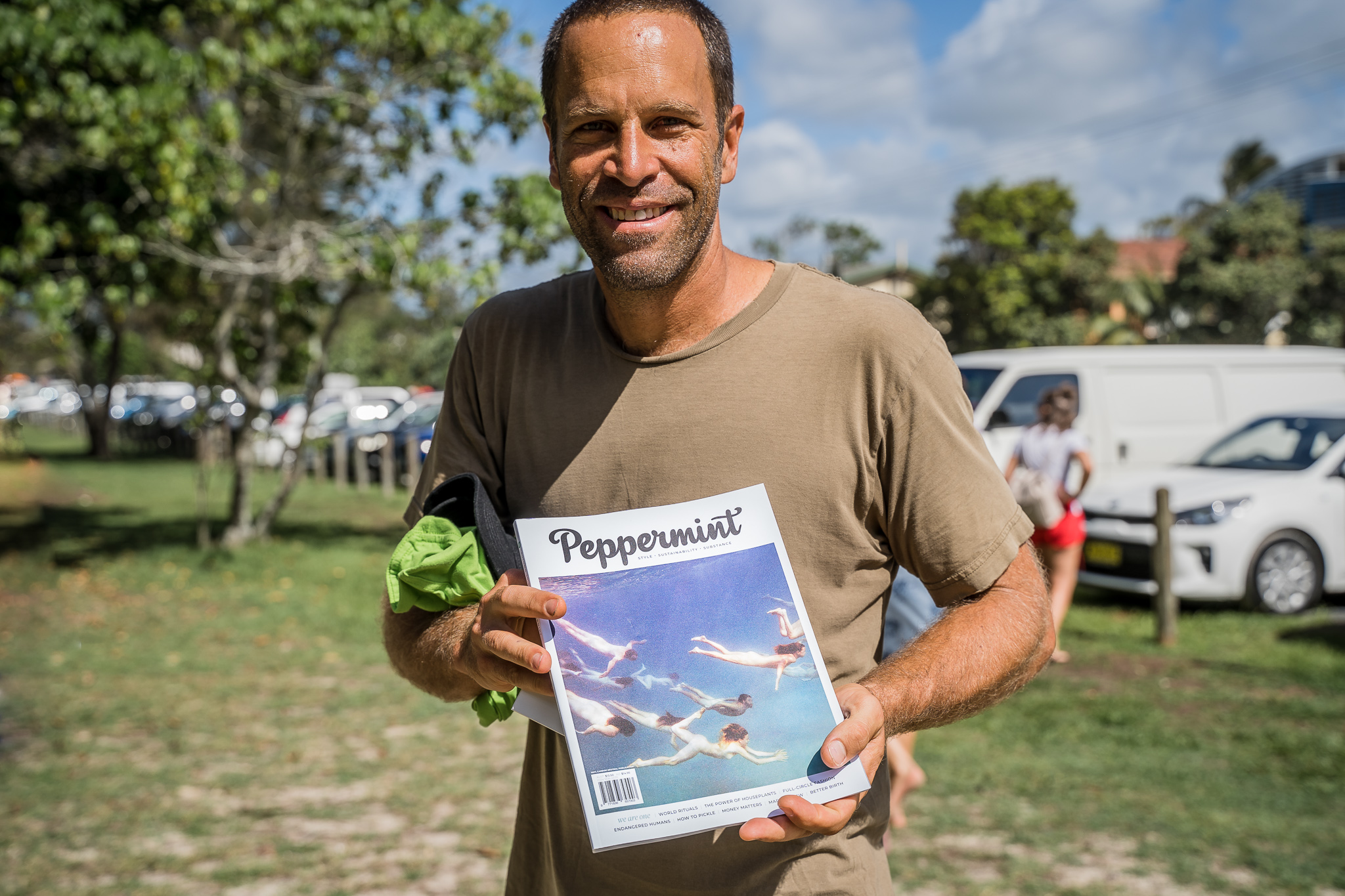