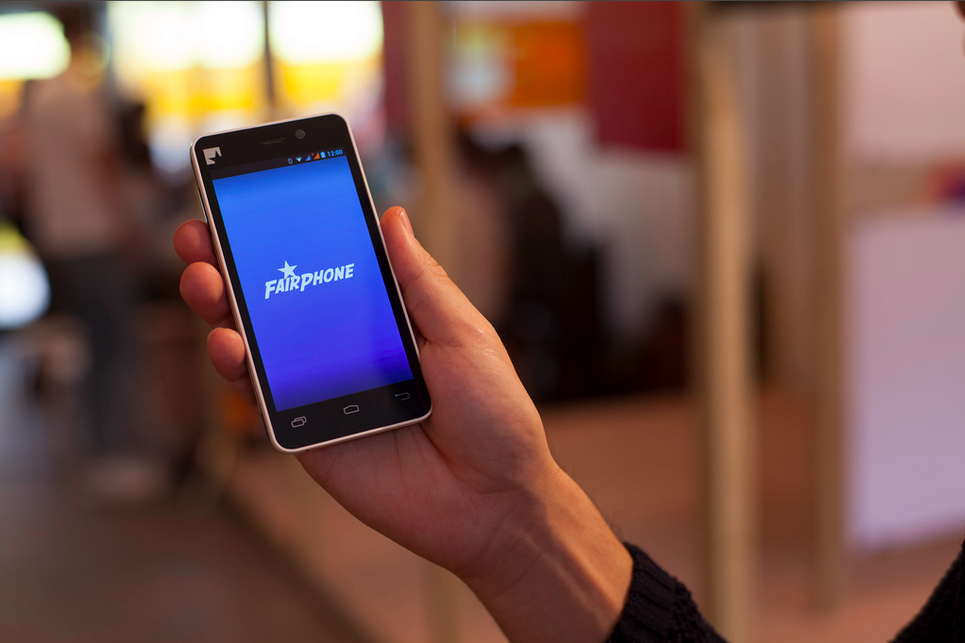 Mobile phones are a modern-day accessory many of us just can’t do without – but what if your humble handset could be a device for change? Fairphone, a new European social enterprise, want to put control over where our phones come from and where they end up back in the hands of consumers. Their smartphone model matches an Android operating system, two 8 MP cameras and 16 GB of storage with some clever innovations and strong social values. The phone’s circuit board is made with minerals such as coltan and tin sourced ethically from conflict-free mines in the Democratic Republic of Congo. Small runs of Fairphones are currently being made in China, where ongoing partnerships with manufacturers are helping increase wages and improve working conditions, while at the other end of the commodity chain, a partnership with Closing the Loop is facilitating safe e-waste recycling in Ghana. The second batch of Fairphones have just been released for pre-order and even though the company are only shipping to European addresses this time around, they have announced plans to take the phones global in the near future. Watch this space for more mobile innovations – that’s something to call home about!