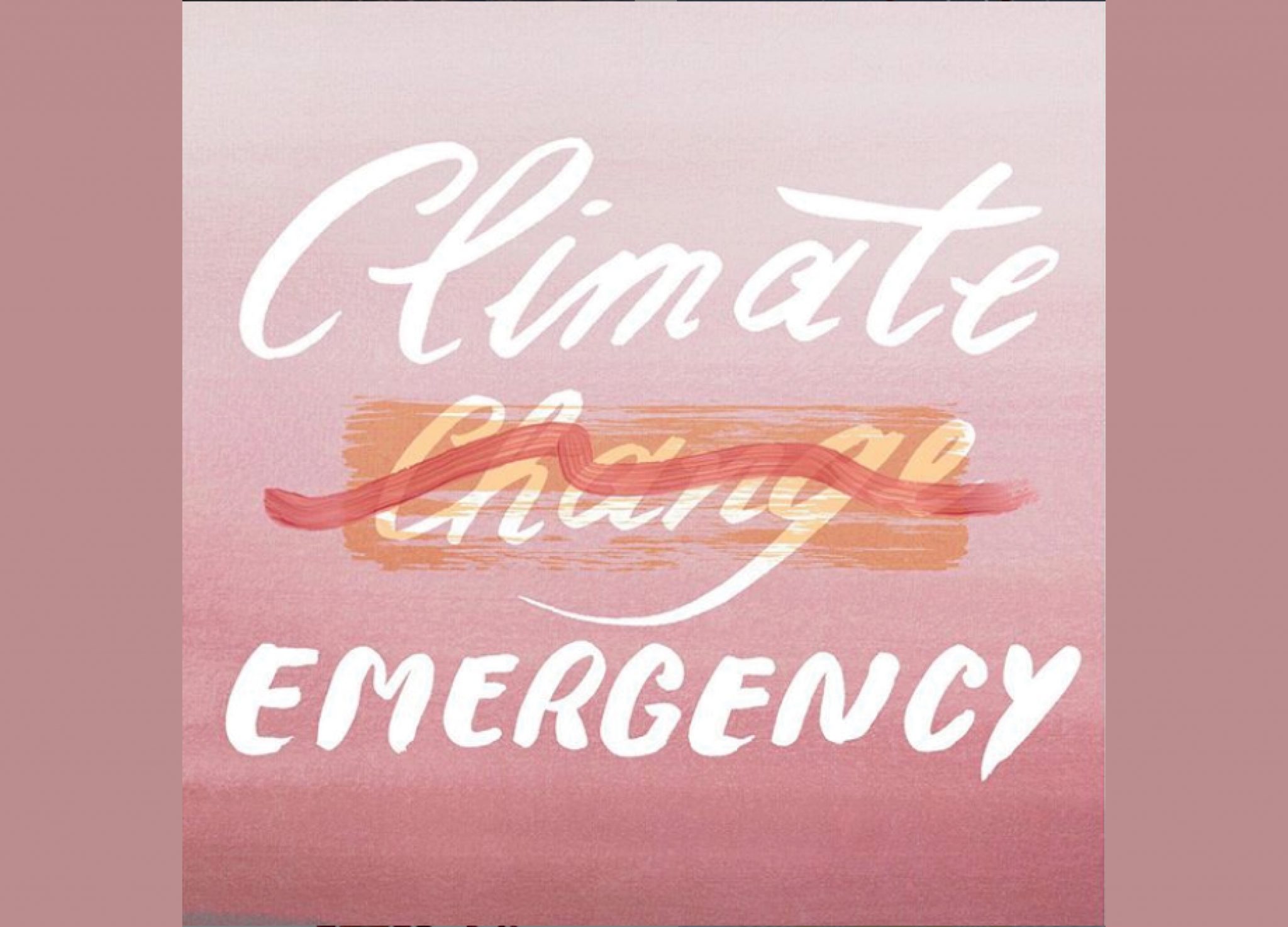 Sisters Sam and Karina Seljak founded Seljak Brand – a recycled wool blanket line produced in a resolutely circular manufacturing process. As guests at Al Gore’s recent Climate Reality Leadership Corps training in Brisbane (alongside Peppermint Founder and Editor-in-Chief Kelley), they’re using their platform to call for action at every level – here, they set out the action points we can all take on the current climate emergency. 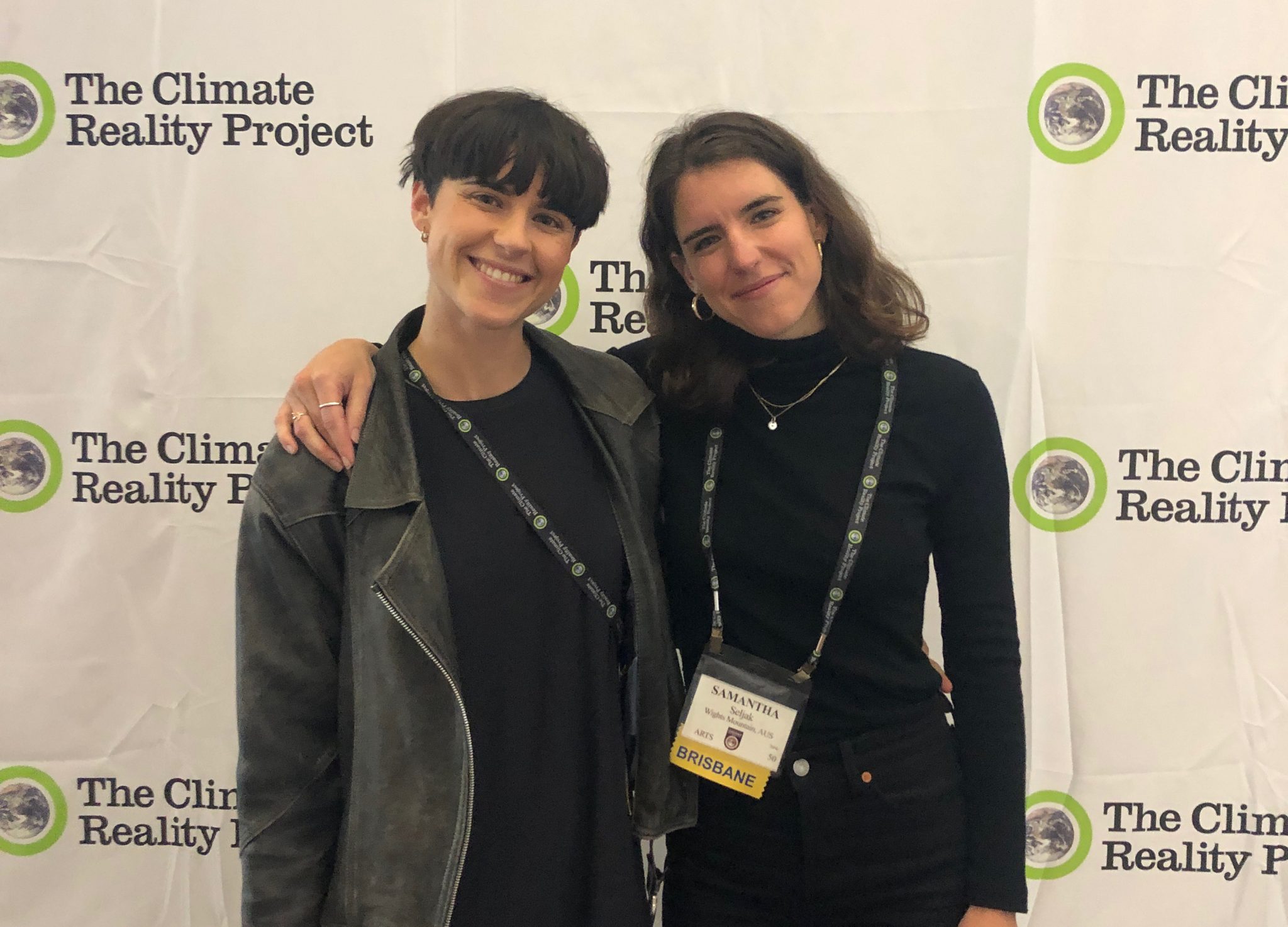 In February this year we co-hosted a panel at the Sustainable Living Festival focusing on how fashion can help limit global warming to 1.5 degrees. Since then, it’s become clear that we need to act on climate now by all means possible – it’s an emergency. The UK government has declared a climate emergency, local councils including Byron Shire Council, Yarra City Council and Fremantle City Council have declared it. The City of Sydney declared a climate emergency in late June and even more recently New York City declared their mission to achieve a carbon emissions-free future.

Human activity is estimated to have caused approximately 1 degree of global warming already, compared to pre-industrial levels. This number is likely to reach 1.5 degrees between 2030 and 2052. If it continues to increase at the current rate, it could reach an unlivable 5-10 degrees by 2100.

Eight of the 19 hottest years in the world’s recorded history were in the past 19 years, and the hottest five were the past five. Last year, 224 cities around the world set new heat records. Rising sea levels, floods, fires, heatwaves and droughts associated with global warming are already resulting in deaths and displacing communities.

The main cause of climate change is the burning of fossil fuels, yet 80 per cent of the world’s energy still comes from those fuels.

Torres Strait community leaders share harrowing stories of having to rebury their ancestors as rising sea waters encroach on the land. A community in Solomon Islands recently consulted scientists and engineers and deemed the risk so great they’re relocating from their island to the mainland, building an entirely new township.

The Lancet Medical Journal recently predicted that there will be 1 billion climate refugees by 2050.

The main cause of climate change is the burning of fossil fuels, yet 80 per cent of the world’s energy still comes from those fuels. The good news is, the world now invests more in renewables than in new fossil fuel generation. Half of China’s new capacity is renewable, as is 88% of Europe’s new capacity and 65% of India’s. The fastest growing job in US is solar panel installer and second fastest is wind turbine technician.

With vast space and heaps of sun, Australia has the capacity to be a renewable energy super-power itself. Which is good, because Australia is one of the countries most affected by temperature increases. In January 2019, 91 of the hottest 100 places on Earth were in Australia and we have the largest percentage increase of deaths attributable to climate change in the developed world.

We have all of the solutions at our fingertips to reach net zero emissions by 2050.

Australia’s national commitment to the Paris Agreement (26-28% reduction of carbon emissions on 2005 levels) is meagre and frankly, a threat to our future. The commitment has been outshone by our own cities, local governments and state governments, which are all stepping up to respond to the crisis. All states and territories (except WA) have committed beyond the federal commitment.

We have all of the solutions at our fingertips to reach net zero emissions by 2050. These include divesting from the fossil fuel industry and investing in renewable energy, reforestation and planting trees to capture carbon among many others. That’s the thing, if we really can transition to a net carbon world, we’ll have cleaner air, water and soil resulting in better health and wellbeing outcomes for many.

But we need to work quickly to stay ahead of ‘runaway climate change’ (the compounding effects of global warming, which are difficult to model for and are catastrophic).

As a small business who has been labelled by the UN Compact as a “Solution” to achieve the Global Sustainability Goals, Seljak Brand pursued its ongoing quest to be part of the global movement for climate solutions and recently attended Al Gore’s Climate Reality Training. Attended by experts from all around Australia and the South Pacific, The Climate Reality Project is part of Al Gore’s lifelong crusade to nurture climate activists, and it was bloody inspiring. Climate Reality empowers trainees with tools to shift policy and achieve climate justice, which is a transition to a net-zero emissions economy that is fair for all.

To continue the conversation on a hyper-localised level, we brought together a panel of experts in discussion at Brisbane’s Wandering Cooks called It’s A Climate Emergency, What Do We Do Now?.

We’ve synthesised our learnings so far to outline the best way individuals can tangibly contribute to reducing global warming. Some of these actions can be implemented tomorrow and some of them take time, but all of them will help respond to the crisis we’re facing.

Use the power of language and right to free speech to demand climate justice. And as important as it is to speak up, it’s important to listen to others. 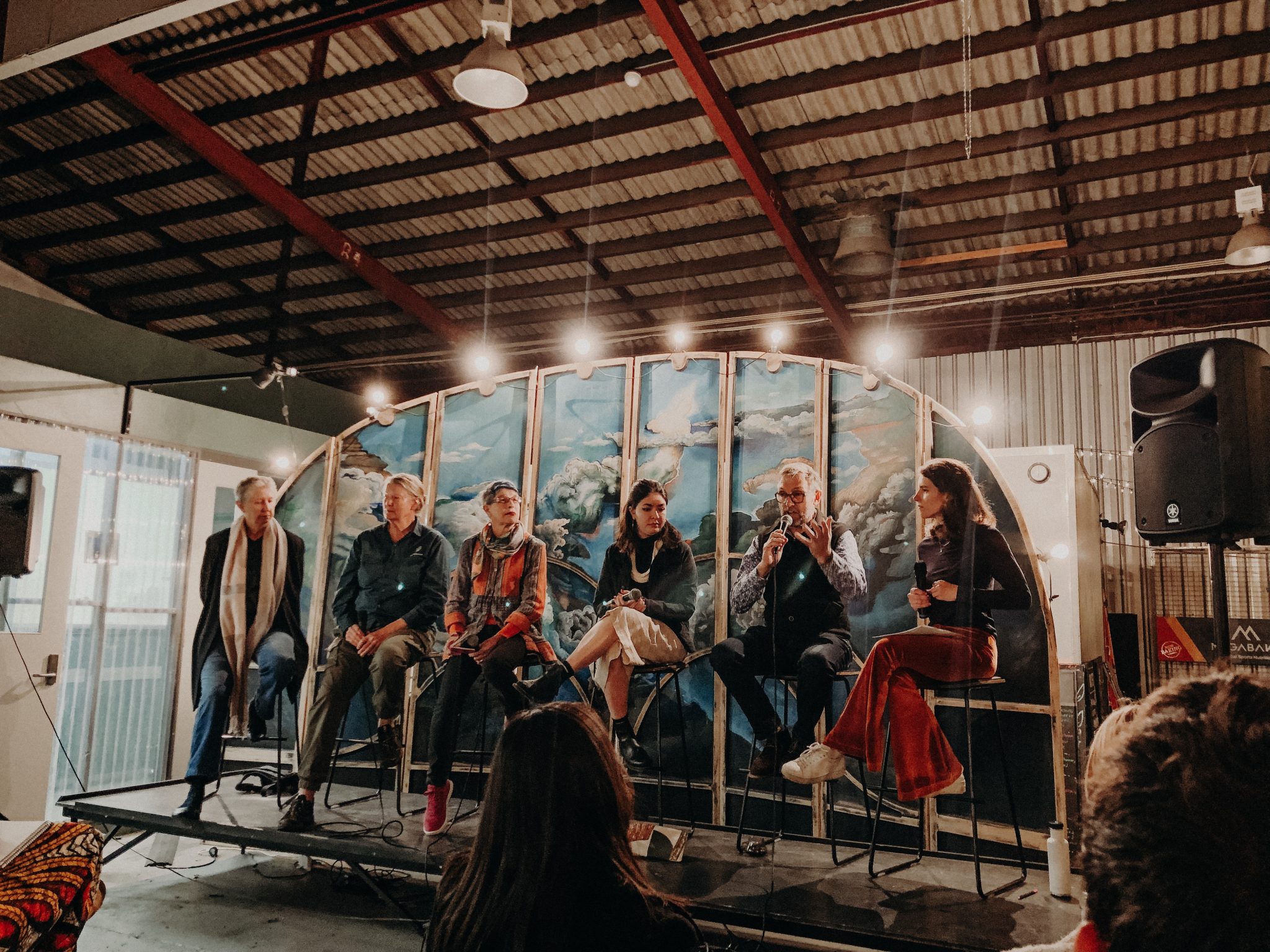 You can engage local government even if you feel national leadership doesn’t represent you. Remember this is your right as a citizen (and your member wants your vote!).

The whole is made up of a sum of small parts. So even though what we need is systemic change, the choices you make in your daily life do make a difference. Reducing your impact generally means emitting less kilograms of carbon dioxide into the atmosphere by way of pollution, waste and so on. Changing how you spend your time and money sends a clear message to corporations and can inspire others to act too. There are lots of ways to act, so in the wise words of Paul Hawken, “do what lights you up”.

Do not judge yourself or others for not doing all the things – accept yourself and others for where they are today. The society we live in (built on colonisation, imperialism, patriarchy and capitalism) can make acting hard and expensive to do even some of the things.

Eat local food Engaging with the food you eat helps us understand our inextricable connection with and reliance on the natural world. You can buy local, ecologically grown and ethically sourced food from farmer’s markets. Farmer’s markets make a great friend date (and you can reduce your spending and food waste by sharing purchases) and are a great way to connect with growers.

Plant trees Capture carbon yourself! If you don’t have a backyard, many local areas will have tree planting days and would love a helping set of hands.

Make stuff Fly in the face of capitalism completely and create! Get together with friends to make dinner. Draw a card, make a toy, make things you need and make things for fun. Repairing is making too.

Buy used stuff Hyper-consumption perpetuates the attitude that there’s infinite resources to consume and infinite space to fill with trash. There are so many ways to share and buy second hand things. There’s op shops, markets, Gumtree, Facebook Marketplace, Freecycle, there are tool libraries and book libraries (don’t forget those!) and more.

Support social enterprises Small businesses and social enterprises are super important for innovation and industry disruption. They tend to reflect more accurately what’s needed in the community. The big corporates always follow and copy because they’re so cool.

Invest by your values What are your big chunks of money doing? For many Australians this will be their superannuation or savings account, or it might be shares or property. You have the power to divest from companies that support industries that harm the environment and invest in things that support the transition to a cleaner economy and healthier society. Search ‘ethical investing’ to find options that align with your values.

Ride, drive and fly smarter Our infrastructure is built around driving so it can be hard not to, but ride a bike if you can, if you enjoy it and it feels safe (plus, exercise!) or take public transport (commuting was obviously designed for podcasts). Flying emits a ridiculous amount of carbon dioxide into the atmosphere. Because so many of us have family overseas and travel allows us to experience other cultures and develop empathy for our differences, it’s a tough one. Use a carbon calculator and offset your emissions with the various organisations out there (these programs are basically supporting tree planting and other carbon sequestration activities) but be aware of the limitations of these programs, and even your own clicktivism!

Climate change is but a symptom of a deeper cause which requires a fundamental shift in our thinking and way of being. Before we look to our own homes and operating in our sphere of influence, we as individuals must come back to our own state of consciousness. It is from a place of acceptance that we can reconnect with land and each other and make the shift away from seeing people as separate to, and therefore entitled to take from, nature and each other. Making time to tune into your own being requires a bit of discipline in our highly distracted society – some finding useful meditation, bush walking, dancing, insert your flavour here – to find ‘the space between words’ (beautifully articulated by Mark Allen in his Holistic Activism approach) and ultimately the interconnectedness of all things.

The power to act is both with you and beyond you. If you have the ability to act, act, but it’s not only your responsibility. There is no sustainability without self-sustainability, which means to remember to take care of yourself. Rest. Process your emotions (some variation of grief, fear, anger, sadness will probably come up). Connect with other groups working to create change for support as well as inspiration. Celebrate the tiniest of wins and the beauty of life as you act. Resilience is as important as courage in the journey of change, and that comes from the practice of LOVE.