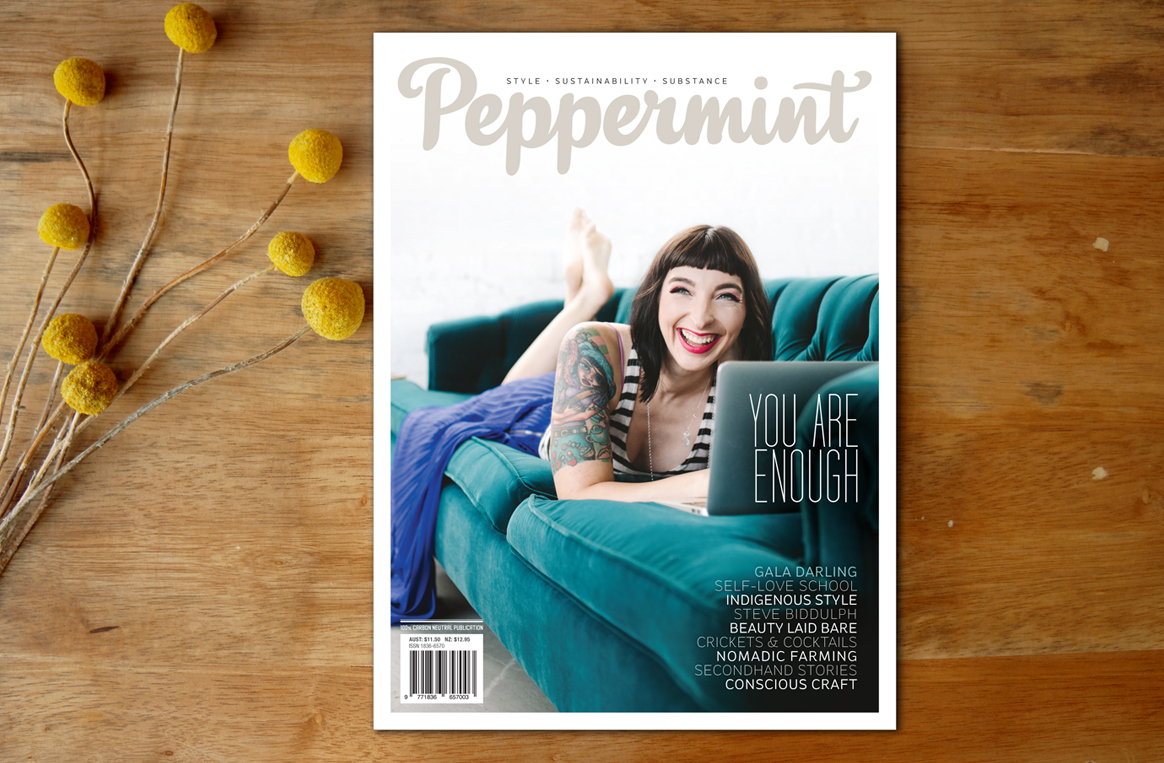 Gala Darling is a New York-based blogger and the queen of radical self love. After overcoming her own negative self-image and eating disorder, she’s been on a mission to foster self-love and self-belief in every woman to help them live their best life. Gala’s first book Love & Sequins will be out early this year. Read the full feature on her radical self love philosophy on page 68 of our ‘You Are Enough’ Issue 24 – on shelves now!

“Radical self love started in my bedroom, and became a worldwide movement. I spent years battling depression, an eating disorder and a preference for chaos and disaster – simply because I didn’t have any tools to help me deal with my own emotions. If you’ve been there, you know how it feels: like you’re being chewed up from the inside. It’s overwhelming, and you feel like it will never get better – that you’re doomed.

But it doesn’t have to be that way. When I was 23 years old, I was astounded when I was able to kick my eating disorder to the curb using a technique called tapping. The misery that had plagued me since I was a teenager followed soon after. Unencumbered by sadness, I felt like I was seeing the world through new eyes.

Through my years of self discovery, I’ve discovered – and created – a litany of tools and techniques, which make up the basis of my teachings of radical self love. Teaching women how to fall in love with themselves is my raison d’être, my passion, my mission. We’re consistently being shown such a narrow selection of women who we should supposedly ‘look up to’, and most of them are in the limelight purely based on the merits of their appearance. Tabloids scream at us about best and worst bikini bodies, dedicating thousands of pages to judging women, which in turn encourages us to judge others and ourselves just as harshly. Self-hatred is an epidemic; radical self love is the only cure.”

Dive into Peppermint Summer Issue 24 for more from Gala, plus thoughts on self-love, self-acceptance and being happy in your own skin from A Mighty Girl, Steve Biddulph, Melissa Ambrosini, Carly Findlay and Dr Kjerstin Gruys.

[tweet_box design=”default”]We’re consistently being shown such a narrow selection of women who we should supposedly ‘look up to’, and most of them are in the limelight purely based on the merits of their appearance.[/tweet_box]