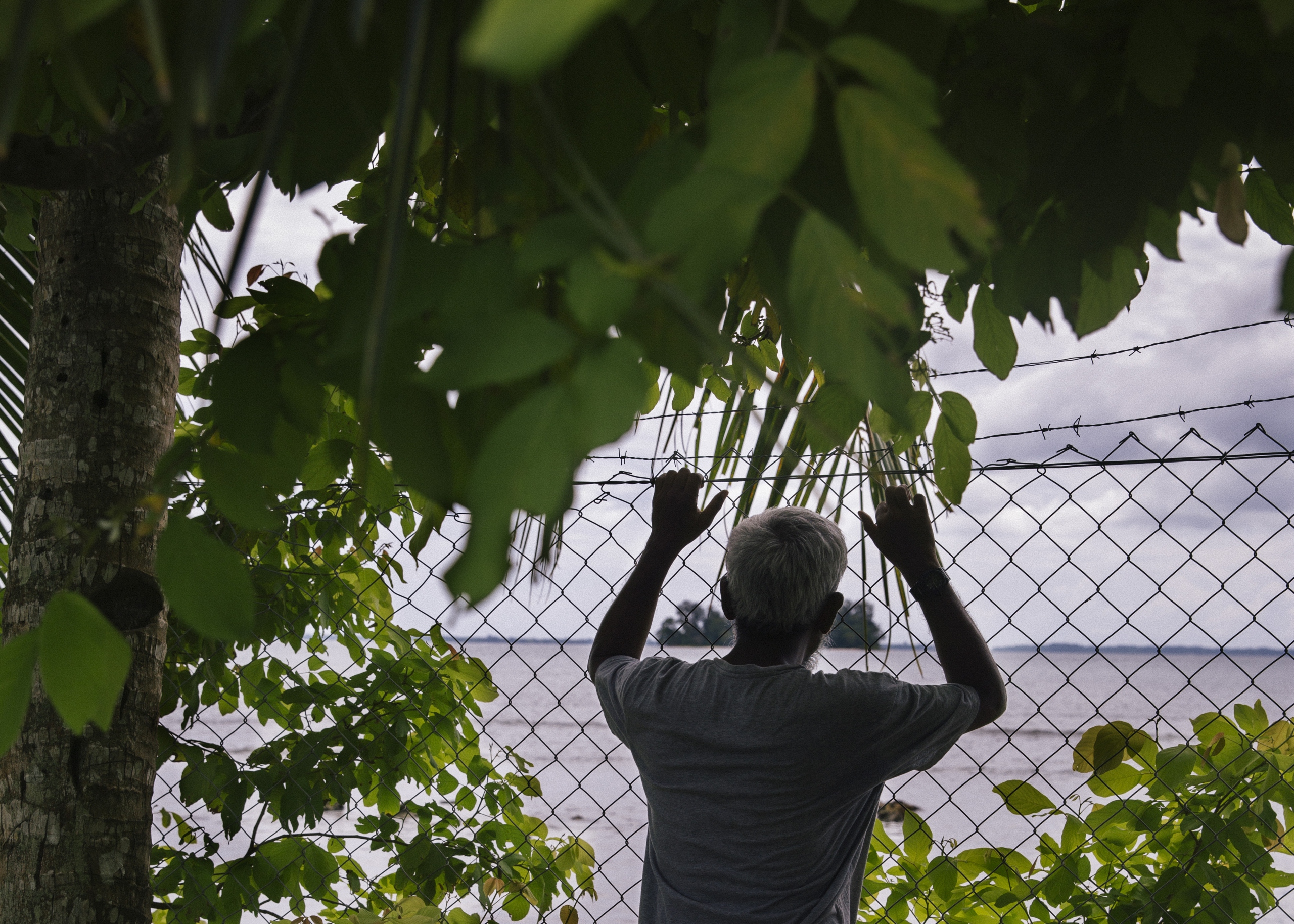 With Human Rights Day coming up this Sunday 10 December, we chatted to the Asylum Seeker Resource Centre’s Jana Favero about the current situation for people seeking asylum in Australia – and found out what you can do to help right now.

You’ve recently come back from Manus Island. What’s the latest from there?

The situation on Manus Island is an urgent humanitarian and medical crisis which we witnessed firsthand when we visited from Nov 11th to 17th. After years of advocating for an end to detention and offshore processing, we were in PNG for the first time to visit the centre and see for ourselves what was happening there. We were shocked and sickened.

Since we returned, the conditions facing the men on Manus have continued to significantly deteriorate. Not only were the men who remained at the detention centre forcibly removed, but many are still suffering from mental, physical and emotional medical conditions. The lack of access to medical professionals is still a huge issue – as is living a life in limbo, with many of the men uncertain about their future and feeling trapped in a prison.  The transit facilities they have been transferred to are not ready, and the men report that there is a lack of food and water.

Despite these unimaginable challenges, the men are determined, strong, resourceful, kind and resilient. We met refugees and people seeking asylum who didn’t have enough to eat each day, but insisted on making us tea and offering what little they had when we were there. This kindness extends to each other. They support and look out for each other – especially those who are unwell or had their possessions destroyed when they were forcibly removed. They make sure everyone has something to eat, sharing the (at most) one meal a day they have, which has been provided by their impressive network of supporters. They are organised and entrepreneurial. They are survivors.

Obviously Manus Island is currently very high profile – but where else are people seeking asylum in Australia currently being held? And what are conditions like for them?

The ASRC is concerned about the treatment and welfare of all people who are currently seeking asylum in Australia. This includes those transferred to Nauru and Manus, those in detention in Australia (around 2,000) and those living in the community in Australia.  All face numerous, complex challenges due to our punitive and deterrence-based policies.  Most are living a life of limbo.  The ASRC supports over 4,000 people seeking asylum with access to critical services such as housing, food, doctors, lawyers, education and employment, case workers and counsellors.

At the moment, Australian policies are unfair and result in people being forced to suffer – whether that’s somewhere offshore, or not having the right to work or not ever being able to reunite with their family again despite being found to be refugees.

What do you want the government to do on the issue of asylum seekers? And how can people around Australia have their voices heard on the plight of people seeking asylum?

It’s said that politics poisons policy. Our government’s asylum policy is poisonous, and in this case the poison is lethal. We can and must act. We are on the wrong side of humanity and must fight for the freedom, safety and dignity for all people seeking asylum.We must stand up and evacuate for the men, women and children immediately. Our inaction will result in more unnecessary pain and suffering.

The best way for people to have their voices heard is to speak up – call the Prime Minister, call local radio, and talk to your neighbours and family and friends about our treatment of people seeking asylum. We know our politicians won’t show leadership or compassion on this issue, so we need to rely on community power to demand a change.

How you can help right now

Sign the Asylum Seeker Resource Centre open letter to refugees and people seeking asylum currently in detention. Written by ASRC CEO and Founder Kon Karapanagiotidis, your name will be joining that of Missy Higgins, Courtney Barnett, Mark Seymour and many more.

Call your local MP and ask them to end the humanitarian crisis on Manus Island and Nauru  – use this resource if you need help knowing what to say.

Attend a human rights event across Australia. Head here to find out what Amnesty has on offer.

Write for rights – head to Amnesty’s huge round-up of ways you can quickly and easily add your name to a broad number of human rights campaigns.