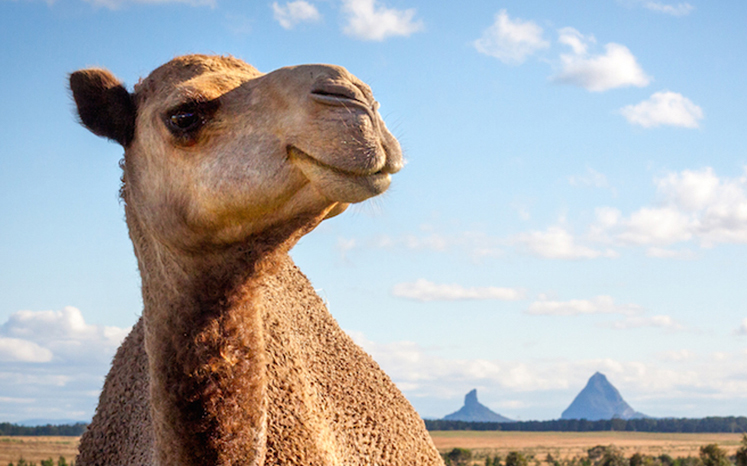 Building a philosophy based on kindness and respect has allowed Lauren Brisbane, Director of the Sunshine Coast’s QCamel dairy, to foster a business not reliant on her camels, but in partnership with them.

When it seems like there’s an ever-growing list of things that can be milked – some of which seem more ludicrous than others – a product that cuts through the noise with an ethical, nutritious and tasty offering is worth sitting up and taking notice of. While switching out the staple cow’s milk for camel milk in your morning coffee may seem a little new age, cultivating produce from these majestic creatures is a practice that the Bedouin and nomadic cultures have been doing for centuries, and something that Lauren Brisbane and her family have been advocates for over the past 12 years through their business, QCamel dairy.

You learn how to manage them in the way that they want to be managed. We’ve learnt how to look after them as a being.

On a pocket of fertile land in the Sunshine Coast Hinterland lives a herd of 110 camels, each with their own name and individual personality. “We don’t look at our camels as stock  – we see them more as our partners,” explains Lauren. “Our whole philosophy is about kindness.” Vastly different from the majority of human cultures, camels operate in a complex matriarchal system; older females become the natural leaders, and every individual camel plays an important role. At QCamel, the animals live by this system, with mothers and babies being kept together for up to two years after birth. Milking doesn’t take place until a baby is two months old, and is dictated by how much milk the individual calf drinks – QCamel only takes whatever milk the babies don’t need. With a no-slaughter policy, the company places importance on each individual camel rather than prioritising the bottom line, and the boys are kept with their mothers until they’re three, before being re-homed or given an alternative role in the herd. “We don’t care what the sex of a baby is,” says Lauren. “We don’t look at a camel and say, ‘Oh no, it’s a boy’. We’ve found value for our boys. We’re just happy that they deliver a healthy baby.” And it’s this engrained philosophy that has been the cornerstone of why the business is so successful. Lauren and the team take their instruction from the camels themselves – “you learn how to manage them in the way that they want to be managed. We’ve learnt how to look after them as a being.” And when it comes down to it, she says, “camels don’t ask for a lot”. 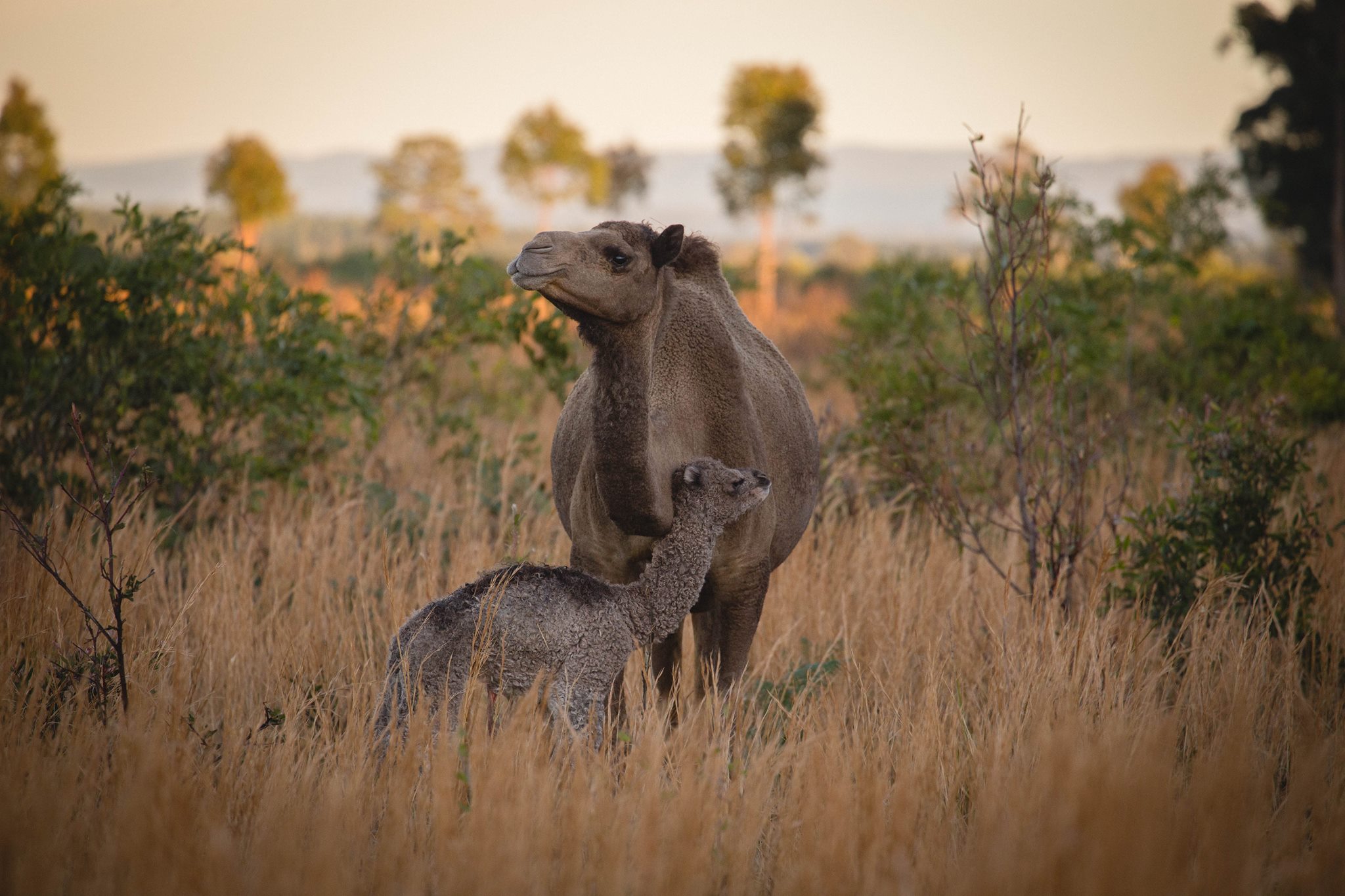 After becoming an accredited producer in 2014, Lauren and her family became the first to pasteurise camel milk in Australia – now adding Australian Certified Organic to their growing list of achievements. And the health benefits of this mother’s milk has become more widely known, with many studies uncovering its healing properties for certain illnesses, such as Type 1 and 2 Diabetes. Those with an aversion to dairy – specifically a reaction to beta-casein or beta-lactoglobulin, the whey proteins in cow’s milk – will find they don’t have a reaction to camel’s milk. And the health benefits continue with high levels of minerals such as potassium, zinc and magnesium and a low cholesterol and sugar content. The QCamel offering has extended beyond milk to include beauty products, delicious smoothie drinks, chocolates and ‘camel cuddle’ tours, where you can meet the likes of Fifi and her calf Isabel for a snuggle.

Since its inception the business has been a family affair; with Lauren and Peter at the helm, assisted by their grownup children Yasmin (who can be spotted on the bottles of camel milk), MacKinley and Harry – who all play a part in the day-to-day running of the business. Recycling and waste minimisation is of a high-priority on the farm. “Everything is recyclable – all the bottles and packaging,” says Lauren. “All the poo is picked up and then sent to organic farms. From a sustainability and ethics basis it goes right across the supply chain.” Each decision made by Lauren and her team always comes back to the fundamental philosophies of kindness, ethical practices and sustainability. She says: “That’s who we are. That’s why we do what we do. We want to be leaders in ethical animal production in Australia.”