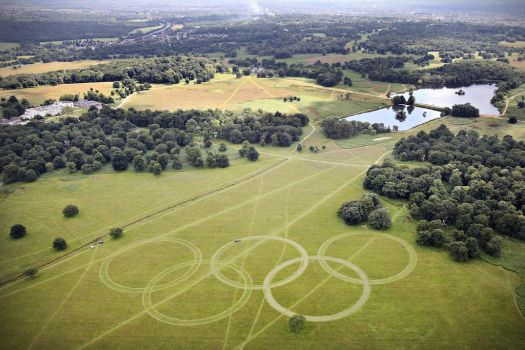 While gold, silver and bronze might be the trending colours of the Olympics, green is equally coveted. A week into the Games (and well ahead of the Paralympics opening on August 29) and the organisers of London 2012 are kicking goals when it comes to making these Olympics the most sustainable and least environmentally detrimental of all time. There are lots of things we’re loving about the Games, not least of which is the fact that these are the first Olympics in history to feature one or more women representing every participating nation! London is certainly paving the way for the future of large-scale events, proving that scale is no barrier to environmental consciousness. It seems the faux-shepherd’s pastures created for the Opening Ceremony aren’t the only thing that’s green about these Games.

Most of the work done by the London Organising Committee to keep their carbon footprint to a minimum took place during the construction phase of the Olympic Village and Parks. As new buildings went up, about 97% of waste created was diverted from landfill for reuse. Many stadiums use recycled and sustainably-sourced materials, including the Olympic Stadium itself which is made up of more than a third recycled content and took 60% less water to build than than other comparable structures. Meanwhile, during the Games, 11% of the energy used to fuel everything from starting buzzers to lavatory lights comes from renewable sources including solar. The London Committee team discourage their patrons from driving to events by proving free public transport and once inside the stadiums, much of the food and drink sampled from 800-plus outlets is ethically-sourced and fair trade (including sustainably caught fish).

Most impressively of all is the Games’ target to send none of the 8,000 tonnes of consumer waste produced over the four weeks of competition to landfill. How will they do it? By mandating recyclable and compostable packaging in all stadiums, and by using clever colour-coded bins to help patrons recycle. To date about 73% of Olympic waste is being reused, recycled or composted – a figure that takes gold when considering most large-scale events reach targets of around 15%.