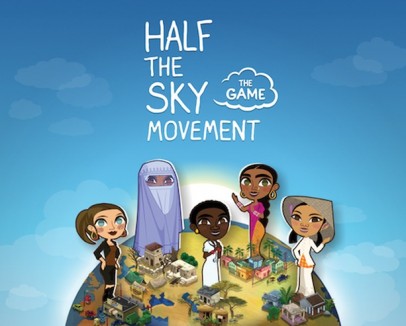 You’ll never find a better reason to procrastinate by playing games online now that Half the Sky Movement: The Game has reached Facebook. Inspiring journalist and author Nicolas Kristof  – whose 2010 book Half the Sky, co-authored with his wife Sheryl WuDunn, spawned a global movement to fight for women’s rights – has created an online adventure that helps raise funds to combat issues such as sex trafficking, deaths in childbirth and gender-based violence and oppression. As players progress through the game, they can unlock funds from its sponsors (which include Room to Read, the United Nations Foundation and World Vision) that go directly towards improving the lives of women and girls everywhere. It’s a fantastic example of how social media can effect real change, and how game play can be used to educate and motivate people to act. Find out more about the game by watching this video. What are you waiting for? It’s time to get on Facebook!