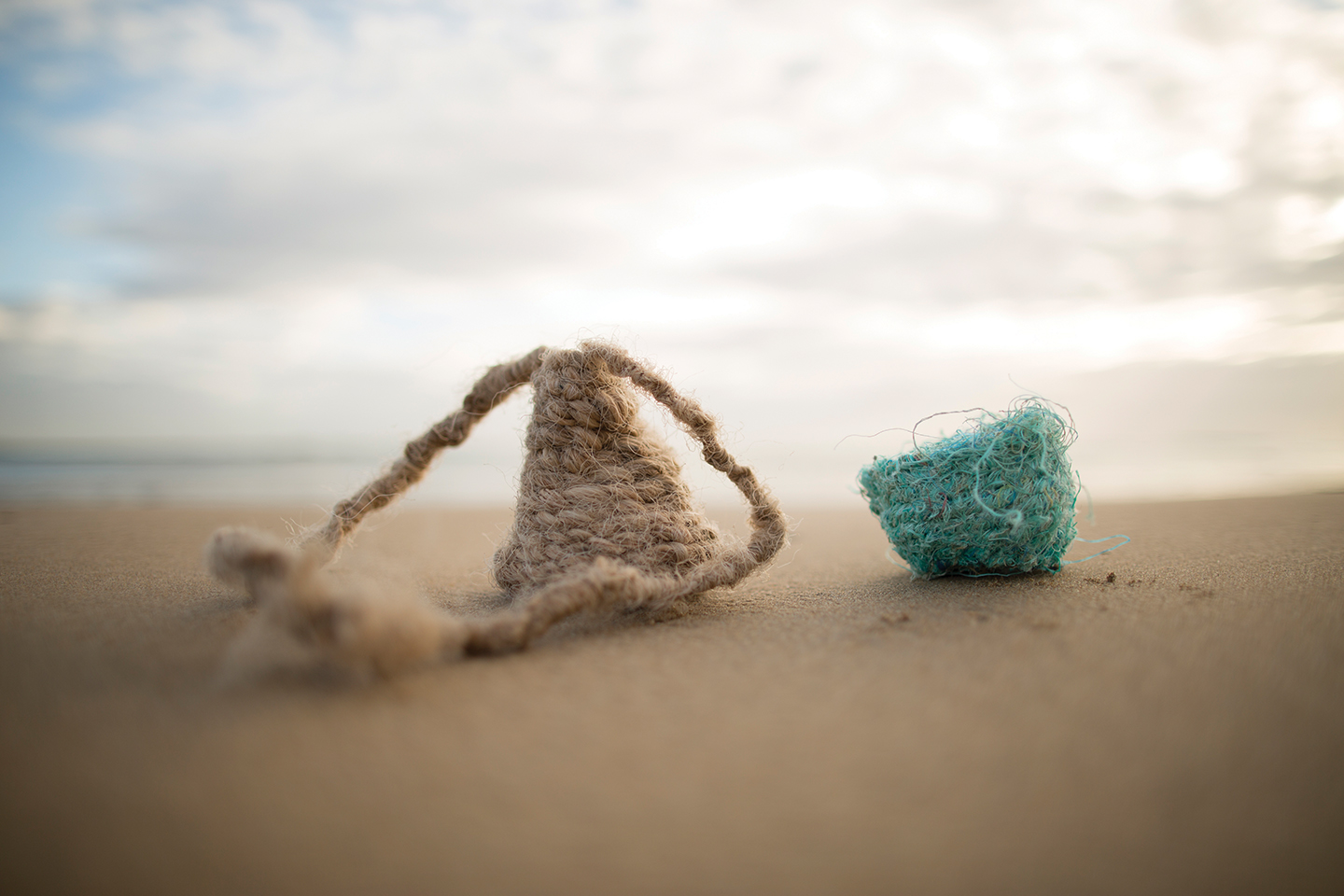 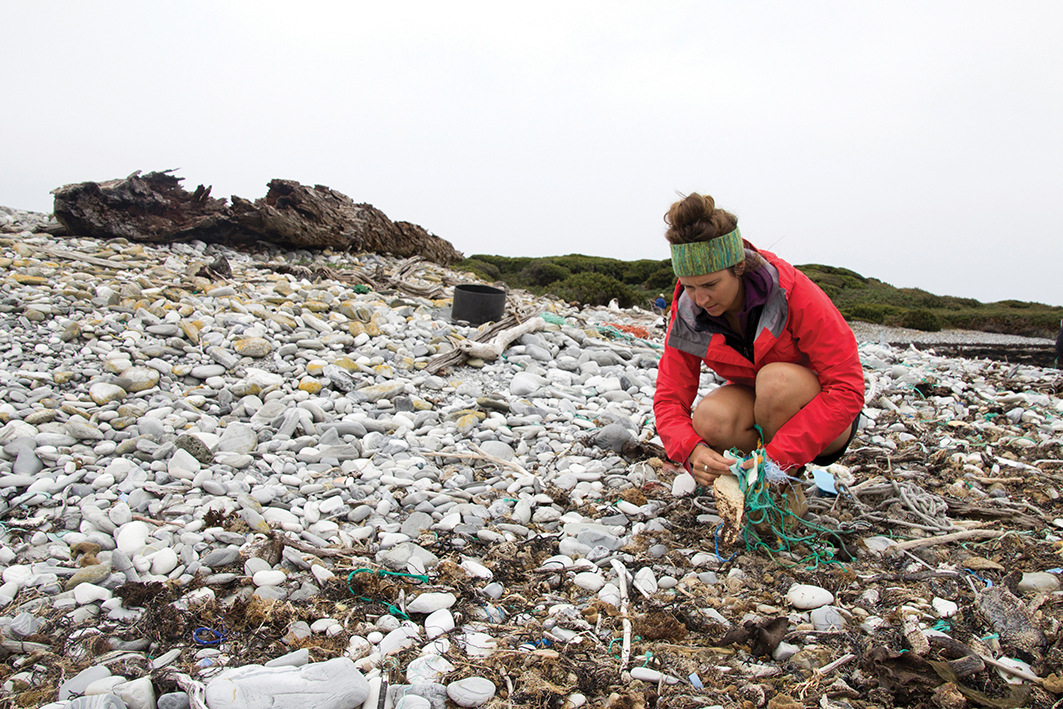 Jess Leitmanis gets really excited about crusty old pieces of rope, especially the stuff that’s been chewed up and spat out by the ocean. The Byron Bay-based artist has travelled to some of Australia’s remotest corners collecting marine debris rope, which she weaves into stunning artworks that carry a subtle message about the state of our plastic-ravaged seas.

Growing up on the surf coast of Victoria, Jess spent a lot of time with her toes in the sand. So it was kind of inevitable that she gravitated back to the water as an adult, first via a career as a graphic designer for major surf label Quicksilver, and later as a freelance illustrator creating ocean-inspired ink drawings. “It started with me walking along the beach, picking up things that didn’t belong there. There wasn’t a plan initially. I was just collecting micro-plastics, tiny pieces of rope and polystyrene as inspiration for a series of ink drawings,” she recalls.

Gradually, that morphed into sculpture and then weaving, perhaps because Jess lived for a while in a house filled with Indonesian woven baskets and Australian Indigenous fish traps. “I guess that infiltrated my psyche,” she says. “I love the tactile stuff, and weaving holds quite a bit of significance across cultures, varying in technique and function but always very reflective of a group of people, their traditions or way of life. That connection between object and culture interests me.”

It is twisted and tangled and infused with sand. It is dirty and gritty. It is haggard and old and frail and crumbling. Unfortunately, all that quirk has come at a cost to the ocean.

Though Jess had exactly zero weaving experience, she taught herself pretty quickly, probably thanks to her homeschooled childhood spent painting, sewing and building cubby houses. She says working out the basics of weaving wasn’t daunting, but getting the rope to behave as planned is an ongoing challenge. “Like anything, it’s practise, patience and swear words. Being adaptable is key, and trying not to get blistered or calloused hands,” she says. “Waking up for months with the tendons in my hands aching is pretty tough. But generally all I want to do is weave. The challenge is to not accidentally stay up until three in the morning doing it.”

Weaving with marine debris rope is particularly challenging because it’s frail, sun-bleached and frayed. Plastic fibres constantly break off and fly straight up into Jess’s face and nose; she actually wears a mask to protect herself while working. This constant shedding is a reminder of just how damaging these plastics are to our underwater world. “I love the rope for the same reason I despise it,” Jess says. “I’m a sucker for the character the ocean has bestowed upon it. It is twisted and tangled and infused with sand. It is dirty and gritty. It is haggard and old and frail and crumbling. It’s those things, and the variation of colour and texture in each piece, that I’m smitten with. Unfortunately, all that quirk has come at a cost to the ocean.”

Read the full story in Issue 32 of Peppermint – on shelves until the end of February.