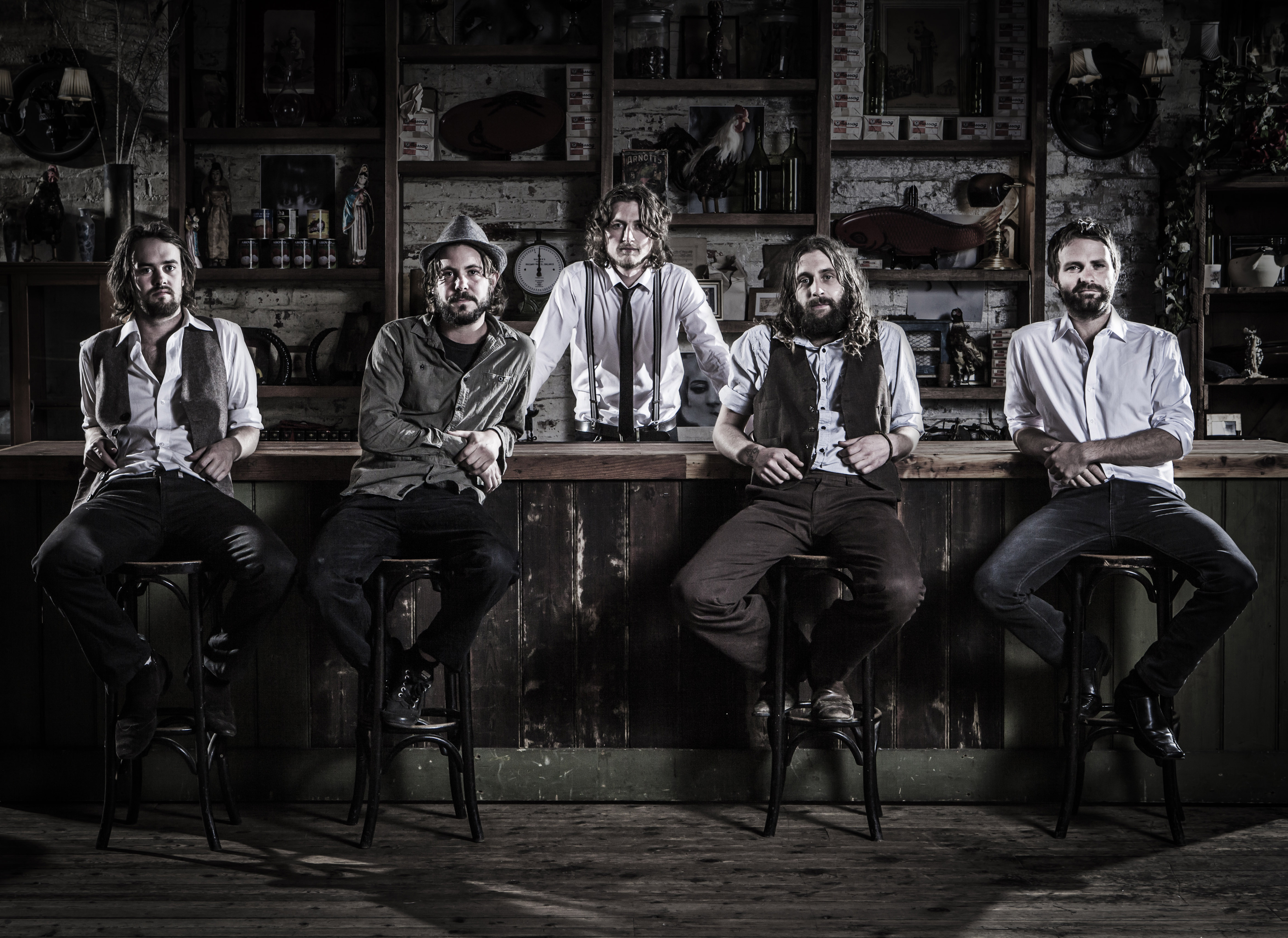 Young folks, old folks and all folks in between – get ready for this year’s National Folk Festival! With performances from global and local musicians, as well as a program of arts, poetry, dance classes, circus acts and workshops, there’s something for everyone at this Canberra event. The festival runs from 17th to 21st April, and we have two full passes worth $660 to give away (see entry details below). There’s no shortage of excellent acts on the lineup, including the foot stomping Quarry Mountain Dead Rats – our ones to watch out for! We caught up with Locky from the group for a chat about music, inspiration and the origins of their unusual name…

How did the Quarry Mountain Dead Rats get together?
We never initially intended on becoming a band. I suppose it all really stemmed from Dan, our banjo player, deciding that he wanted to learn banjo. And in a very short while he did exactly that. He taught a friend how to play the guitar so he could play along to Dan’s latest self-taught bluegrass classics. The old quarry in Mt. Eliza, Victoria, turned into a regular jamming amphitheatre for a group that varied from 2 to 5,6 or 7 muso friends, jamming anything from Flatt & Scruggs classics to Red Gum. From there it grew and evolved into what it is now.

What’s the story behind your band name?
The jamming rendezvous point was the abandoned quarry in Mt. Eliza, hence the Quarry Mountain part. A friend who made their way up the track one morning after a big night out found a dead rat, and decided to pick it up, carry it the rest of the way down the track and perch it so as to look over the jam site. Homage was paid to the dead rat each jam, which is how we got the Dead Rats name. So we became the Quarry Mountain Dead Rats!

What was the process of developing your musical style?
A vast mixture of musical backgrounds and educations made up the band. So, we have blues, rock ’n’ roll, punk, heavy metal and whatever else you can throw in there. One thing we do have though is an instrumentation that generally sits us in the folk/bluegrass/country scene. In a nutshell: we started out as an attempt to be a legit ‘bluegrass’ band, and about halfway there we went off the beaten track to develop a musical style. That sums us up as a group really – off the beaten track!

How do you minimise your impact on the environment when touring?
Four out of five of us are vegetarian. We are always very conscious of cleaning up after ourselves, and if rubbish was to be disposed of incorrectly that individual would be up for an intervention from the rest of the band! As a group, we try to keep it as clean as possible at all times.

What would you like to see more of in the world?
People at gigs, even if they don’t know the band. I suppose general ‘music enthusiasts’ and music lovers – supporters of live music and the scene in general.

Aside from playing music, what makes you happiest?
The camaraderie that comes with it. The mutual respect and appreciation musicians have for one another. Seeing our music make people smile, laugh and generally be happy.

WIN:  If you’d like to attend this year’s National Folk Festival, leave a comment below telling us which band you’d most like to see! The winner will be drawn Wednesday 2nd April 2014.