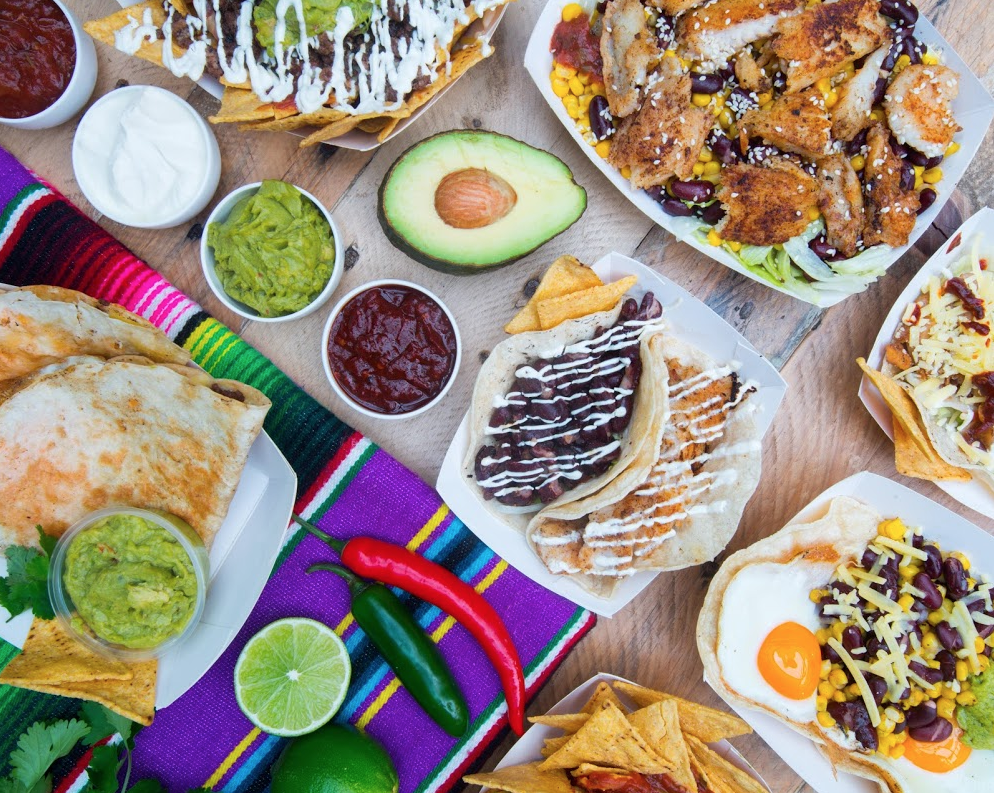 Restaurants and cafes that stay in one place are cool and all, but – just like our cavemen ancestors – we like the thrill of the chase for our dinner. It’s why food trucks get us hot-under-the-collar – tracking the good ones down adds an element of sport to eating out. With that in mind, here’s our round-up of the healthiest offerings from around Australia.

Sourcing local, free range and organic ingredients where possible, Melbourne food truck Cornutopia (above and below) applies a feel-good mantra to Mexican deliciousness. Run by serial foodpreneur Ellie Marin, Cornutopia (her second food truck) makes regular appearances at the Preston Market, as well as popping up at events around Melbourne. In its mission to serve food that contributes to a fairer, more sustainable world, the van offers lots of vegetarian, vegan and gluten-free options. Think homemade nachos, tacos, burritos and bowls laden with rice, beans, guacamole, corn and tomato, with the option for meat if you’re that way inclined. 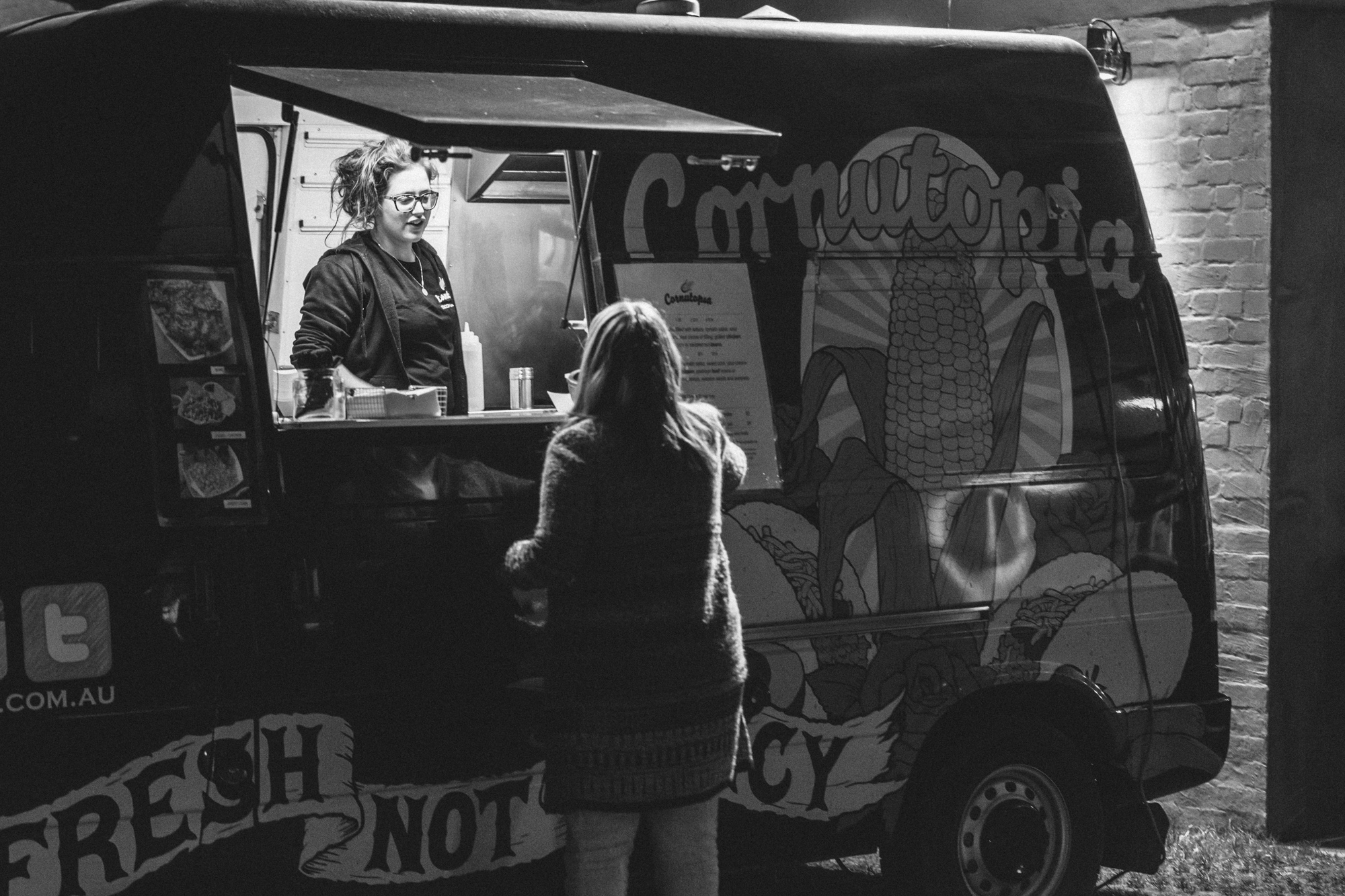 This all-organic food truck (below) was one of Sydney’s pioneers, kicking off its roadside service in March 2012. Chef-owner Simon Lawson is passionate about good food, organic produce and sustainability, as well as ensuring organic food is accessible to anyone. So he traded his four-walled restaurant for four wheels to bring his renowned spelt pizzas, tacos, rice bowls and ‘Mum’s sustainable fish and chips’ to the streets of Sydney. Punters can opt for the likes of a grass-fed wagyu beef rice bowl with zucchini tumeric pickles, beet slaw, chimichurri and sprouts, or perhaps the king brown mushroom tacos with hoisin, slaw, herb mayo, zucchini pickles and snow pea sprouts on purple corn tortillas. Snack-size portions of tempura asparagus with matcha, spring onion and lemon aioli are a prime example of Agape’s straight-from-the-farmer-to-the-street philosophy, and there’s often a dessert handy (like apple spelt cake with earl grey custard) to round out all that healthful savoury fare. 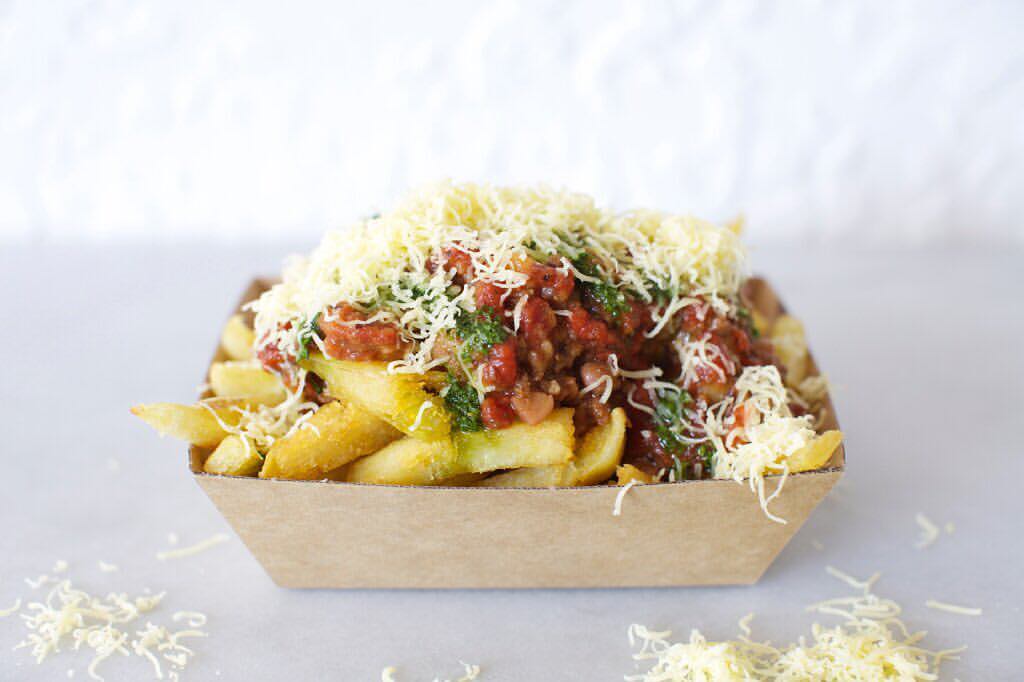 If you like Cocowhip and the beach, then this food truck is for you. Inspired by a trip to Hawaii, sisters Kelly and Janelle decided to pair their love of wholesome fresh food with their affection for the ocean, by founding Kona Joe’s Health Shack. They dish up Cocowhip (with all the trimmings) and açai bowls up and down the Western Australian coastline, from Margaret River to Perth. Margaret River Roasting Co coffee, raw juices and Rainbow Cake free of all the things (gluten, dairy, refined sugar-free and vegan) join poké bowls for those with savoury appetites. The girls use local organic ingredients to make their smoothies, and they’ve recently opened a permanent cafe in Dunsborough, just shy of three hours south of Perth. 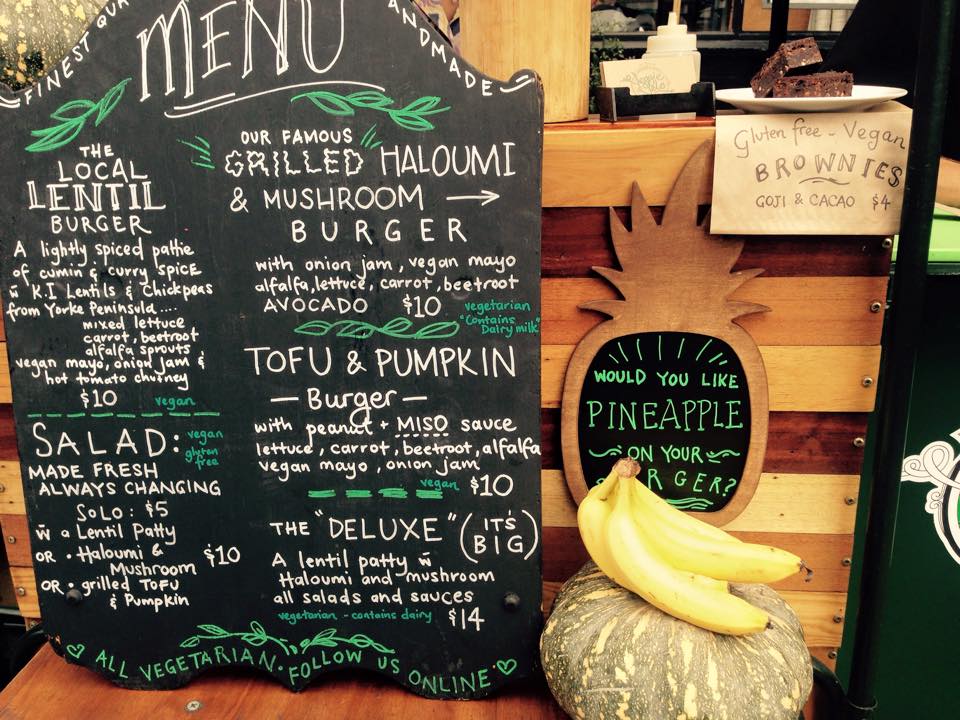 This food truck (above) comes on three wheels rather than four. Chef Manuel Parez imported a cargo bike from India and learned how to weld so he could launch Veggie Velo—a vegetarian burger joint grilling mushrooms and lentil patties from the back of a bike. The menu caters to both vegetarians and vegans, with options of haloumi and mushroom, tempeh and pumpkin, or a lentil and chickpea pattie topping a mountain of salad. The burgers are reminiscent of the kind of loaded salad roll clued-in mothers might make when a child pleads for fast food. “I’ll make you a burger,” they’d say. Yet now—with greasy American-style grub on every corner, it’s this kind of real-deal freshness that we crave. Gluten-free rolls grace the menu, as do salads and sweets.

The latest from Brisbane-wide vegan legends Charlie’s Raw Squeeze, Moo-free Burgers (below) offers 100% plant-based burgers & chips that confidently claim to be even better than their meat and fish counterparts. Rethinking the entire traditional burger gamut with everything from their Mooxicano to Chick’n Licken, they even offer a burger with a hash brown in it. Which is something we’ve often dreamed of, and is empirical proof dreams really do come true. Head to their Facey page to find out where you need to moooove to catch em. 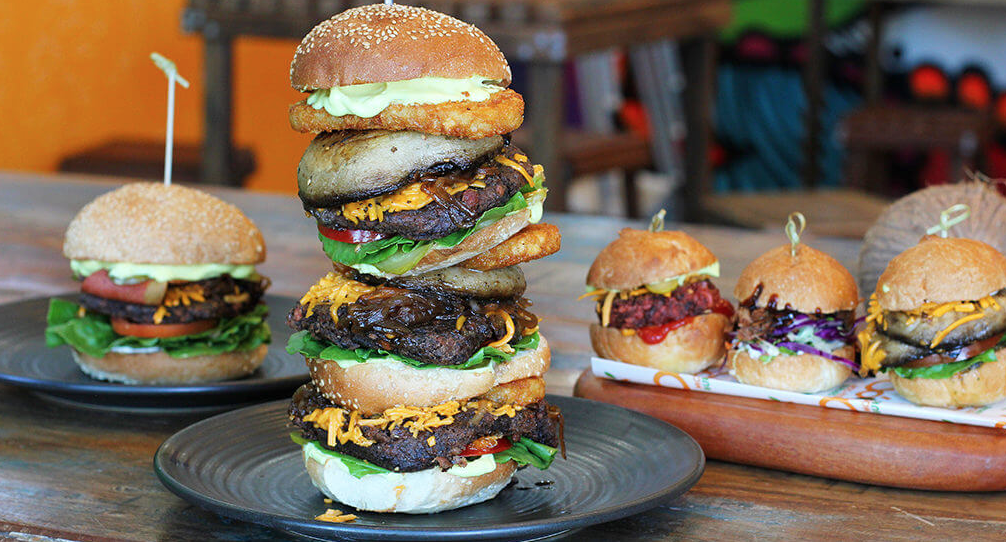