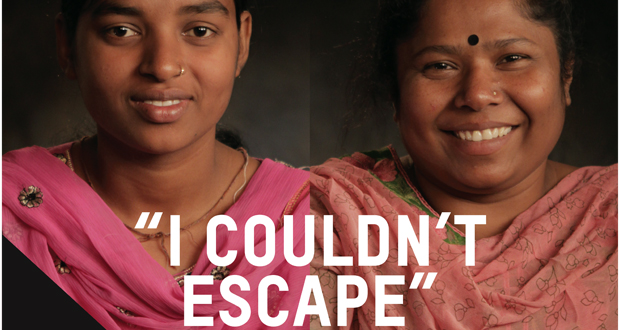 While the collapse of the Rana Plaza building in Bangladesh last year might have been the most publicised example of the human toll of a garment industry in despair, unfortunately this incident wasn’t the first – or the last – to claim the lives of innocent garment workers and put the spotlight on workers’ rights. Sumi Abedin, a former factory worker, was one of the victims of the Tazreen Fashion factory fire (the worst in Bangladesh’s history), which killed 112 people in November 2012. One of the lucky survivors, Sumi has since devoted her life to campaigning for labour rights and improved safety standards for Bangladeshi workers – an ongoing battle. Along with Kalpona Akter, a former child garment worker who now partners with the Bangladesh Centre for Worker Solidarity, Sumi is in the country for Oxfam Australia to mark the one-year anniversary of the Rana Plaza disaster. Speaking at two free events this month, on Tuesday the 15th in Melbourne and Wednesday the 16th in Sydney, the pair will be sharing their stories of survival, shedding light on improvements in the industry, and reminding us how we can support garment workers half a world away. If you can’t make it to either event, keep an eye out for live recordings of the duo, which will be available online. And remember: it’s not too late to put your name down in support of Australian clothing companies signing the Bangladesh Fire and Safety Accord.