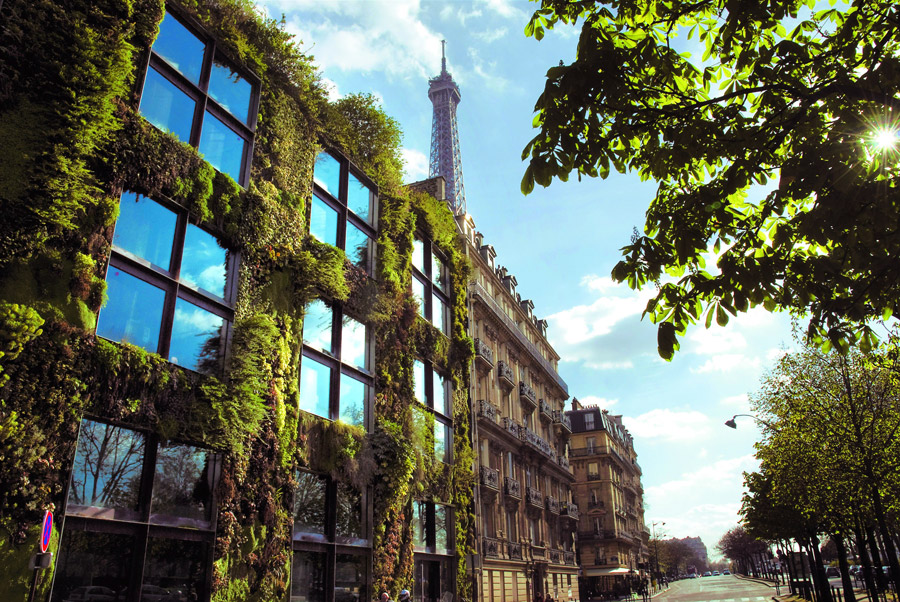 As we celebrate Earth Day 2015, today’s events also mark 45 years of united environmental action across our global community. So far, 2015 has been an interesting year for planet-friendly legislation, with a number of new laws and regulations introduced by governments worldwide.

France‘s latest green construction code has been making headlines of late after it was announced that all new buildings in commercial zones must be topped with either a living green roof or solar panels. In Haryana, India, a similar law makes installing solar power mandatory for buildings over a certain size. For new environmental policy, all eyes have been on China, where a suite of laws designed to curb pollution came into effect on January 1st. This month, a new mobile app was released to help Chinese citizens monitor air pollution from factories in their local area, using people power to enforce the new codes. Plastic waste has been in the spotlight this year, too. In April, Oxford became the first city in the UK to ban non-recyclable food containers, with New York City planning to lead the charge in the US with a similar bill later this year. The nearby state of Massachusetts is pioneering the fight against food waste by making it illegal for big producers to bin their leftovers, and half a world away, the residents of Yap, a tiny island in Micronesia, are among the latest to put a moratorium on plastic bags, weaving them into reusable shopping bags instead.

While there are dozens more new laws out there and hopefully many more to come, civil groups and the small actions individuals can take everyday are just as important in our fight for the planet. Visit the Earth Day website for tips on reducing your impact.