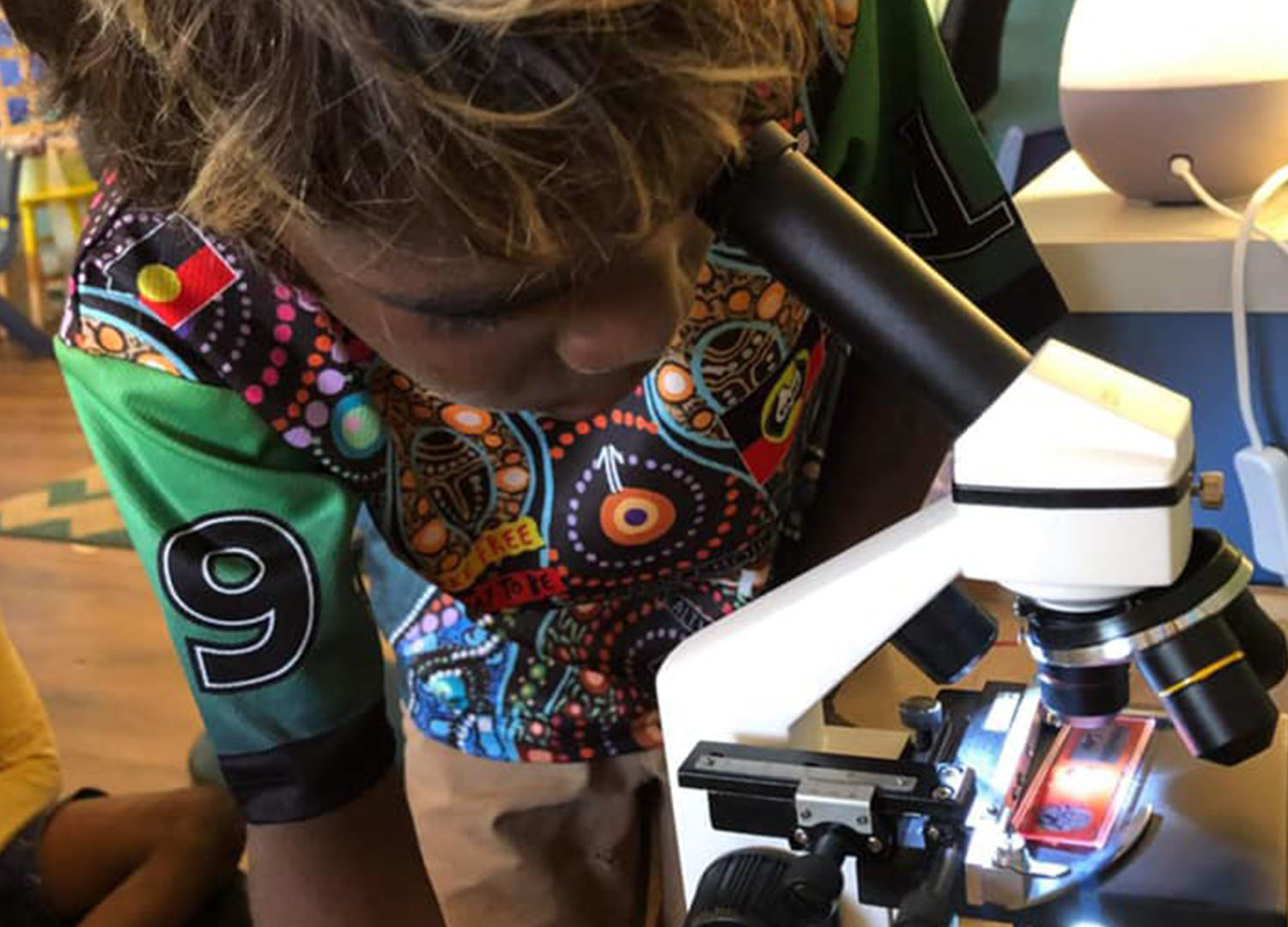 Founded by Kamilaroi man Corey Tutt, DeadlyScience was established to provide STEM resources to remote schools across Australia. To date, the charity has shipped over 16,000 books and over 500 telescopes to over 110 communities. Here, for National Science Week, Corey and Programs Coordinator Clare Birch share how the organisation is lighting a science-fuelled fire to inspire purpose and passion across the country.

In June this year, as Delta dragged Sydney to a shuddering halt, the Bubunas science class at Robinson River School was talking to NASA.

Robinson River School isn’t just remote, it’s very remote – the 10-hour drive from Katherine ends with about 150 kilometres of dirt road and postage is a nightmare. Like many schools across the Territory, the Kimberley, and Far North Queensland, all of its 46 students come from a non-English-language background. But in June, equipped with telescopes donated by Balmain Public School through Indigenous STEM education organisation DeadlyScience, their science class was noticed by NASA.

This was a huge deal.

It’s also difficult to comprehend the kind of elaborate structure of opportunities, privilege and resources that it takes to experience that spark, and then to fan it from the embers of curiosity to the flames of a career.

Moments like these are when lifelong passions are sparked. They are elusive, vital, simple moments of serendipity. It’s hard to overstate their importance, especially in science, but it’s also difficult to comprehend the kind of elaborate structure of opportunities, privilege and resources that it takes to experience that spark, and then to fan it from the embers of curiosity to the flames of a career. This is even more complex in Indigenous education and remote communities, where limited resources, language differences and geographic barriers (to name a few) challenge the process at every stage. 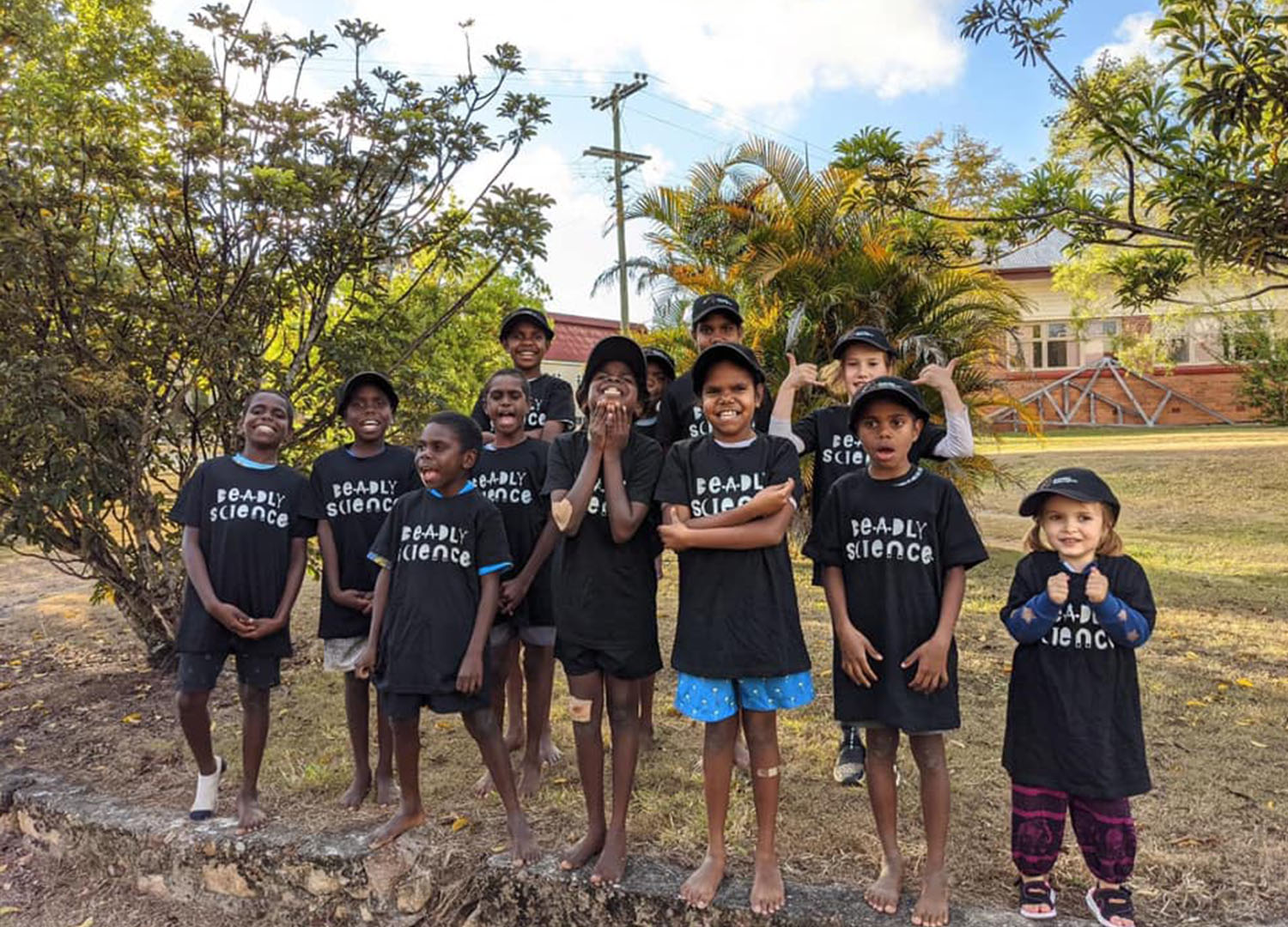 Some would say that ’science outreach’ exists to orchestrate these big moments. The problem is, there’s no such thing as science outreach. You see, ‘outreach’ connotes an evangelical exercise, a cabal of bespectacled strangers in white coats coaxing children into STEM careers with chromatic chemicals and awe-inspiring tales of the births and deaths of galaxies. In its curiosity, discovery and rigour, science is innate to the human spirit – the embers are already there – and so-called science ‘outreach’, especially with Indigenous communities, is really a conversation and extremely valuable exchange.

Science is innate to the human spirit.

Each of Australia’s Indigenous nations possess their own scientific and engineering knowledges, unique to their lands and their cultures. Corey Tutt, who founded DeadlyScience, lays this out in his upcoming book The First Scientists (available in October via Hardie Grant Publishing). Indigenous Australians were our first astronomers – the Boonorong people used the presence of Marpeankurnuk (Arcturus) in the sky as a seasonal indicator to harvest the pupa of the wood ant for food, for example. At 40,000 years old, the fish traps of the Ngemba Wayilwan nation are possibly the oldest existing human construction – an extraordinary feat of engineering. And today, continuous exchange of knowledge between Indigenous Elders and non-Indigenous scientists about land and fauna management betters all involved.

There’s already embers – science is intrinsic to the human spirit and science education is always a conversation. But still, there needs to be… 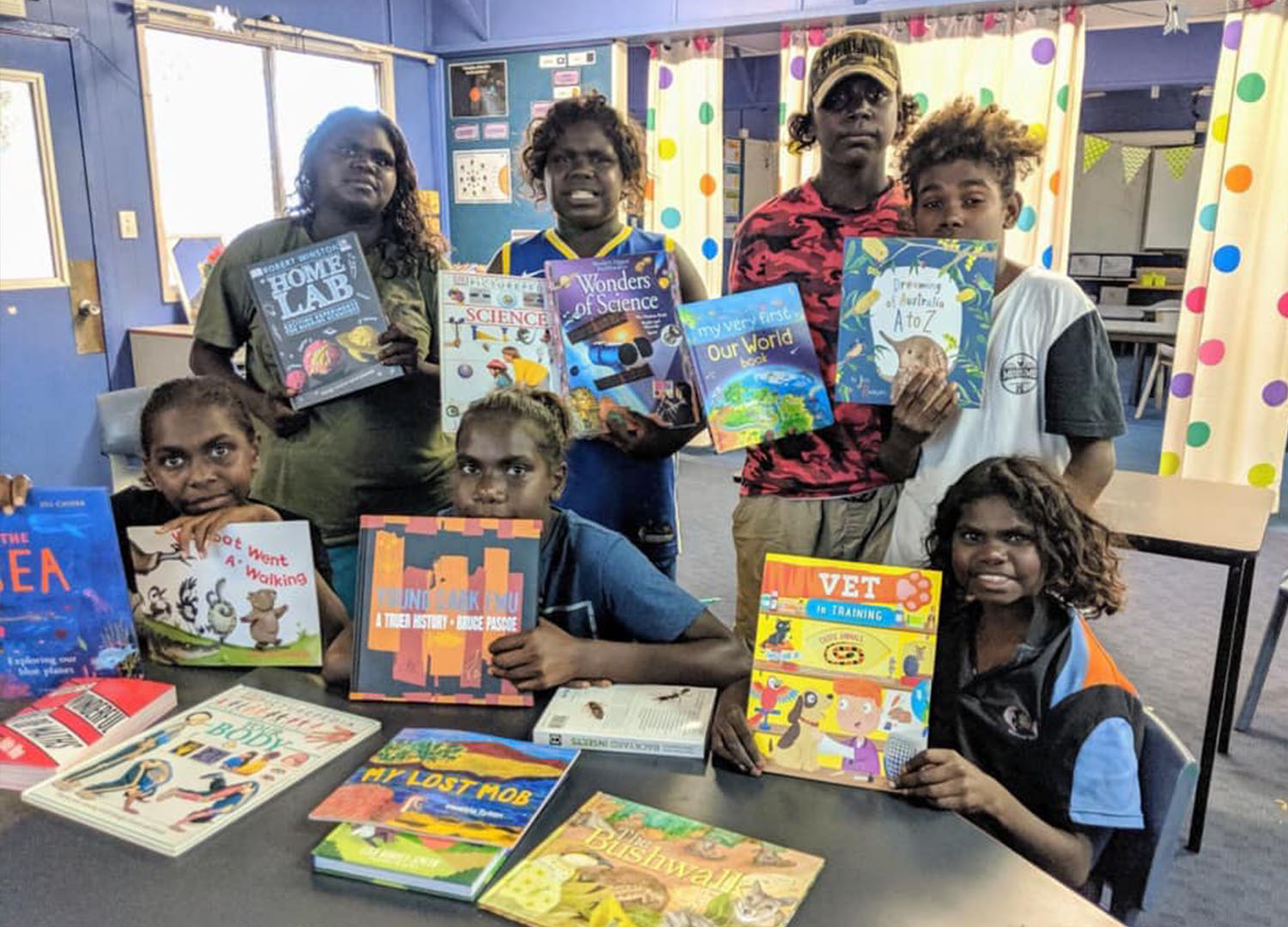 Moments like the Bubunas’s brush with NASA may be rare, but they can be made more likely – that’s the current goal of DeadlyScience. There are two main ingredients to this: resourcing and relationships. They’re both about stories – there is nothing as powerful as a story to spark children’s imagination and hope. After all, stories have the remarkable, sometimes dangerous, power of taking on their own lives while also shaping the world around us.

There is nothing as powerful as a story to spark children’s imagination and hope.

Resources like science books and equipment allow great community teachers and students to engage meaningfully and excitedly with the stories of science and to make their own. The relationship, however, is pivotal: it’s where students see what scientists look like, in all their grand diversity, and can imagine themselves in those people. Empathy is a powerful spark. After all, as we say again and again: you can’t be what you can’t see. Nowhere is this more visible than at Kiwirrkurra Remote Community School, where students and rangers alike collect and analyse bilby scat, contribute to the research of a genomics professor at University of Sydney and engage with scientists the whole way. 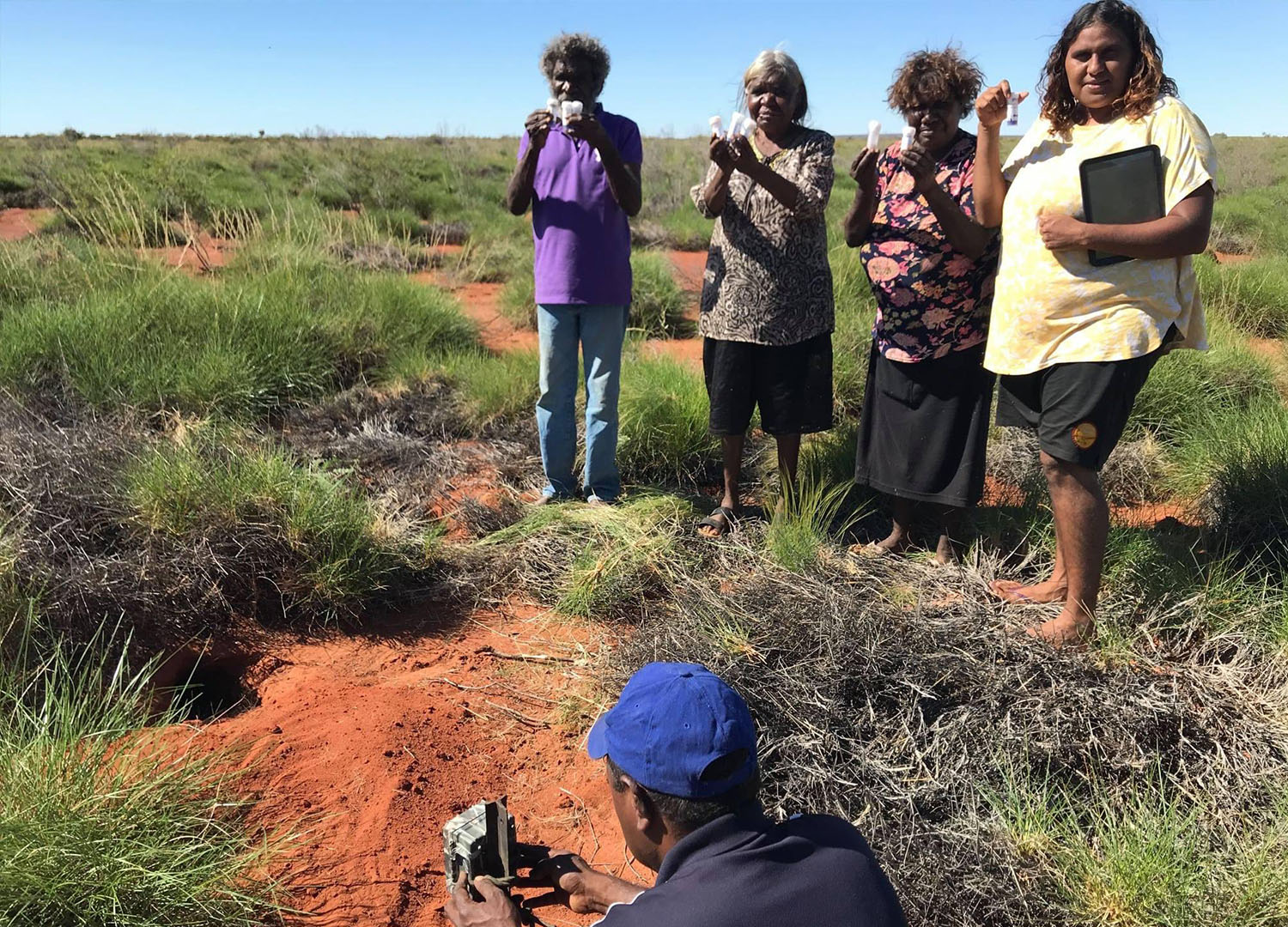 It is enough to have the possibility, the empowerment and the interest, but remote Indigenous kids who decide to take STEM further face up against a whole host of challenges. There’s a need for growth along their whole educational career, from basic literacy through to school attendance, scientific knowledge and academic success. Improved resourcing has a great impact on the first two – this has been shown time and time again – but there are unique challenges to the latter. In particular, three-quarters of Indigenous people for whom English is not their first language live in remote communities. For many, English isn’t just their second language – it’s their third or fourth.

So what does scientific literacy look like in a bilingual context? It’s not too difficult to imagine – bilingual schools exist in Indigenous and non-Indigenous communities. Yet, teaching non-Indigenous science in Indigenous languages is a challenge that’s only just begun to be tackled (yes, in part by DeadlyScience). Native-language STEM teaching is key to students owning their learning, feeling connected to material and growing into young scientists.

At the end of the day, science can be as inspiring to the human spirit as anything else and the young leaders of tomorrow are learning today – perhaps chatting with NASA in the Bubunas science class, or supporting genomics research in Kiwirrkurra. Their future is certainly bright. We’re looking forward to it.