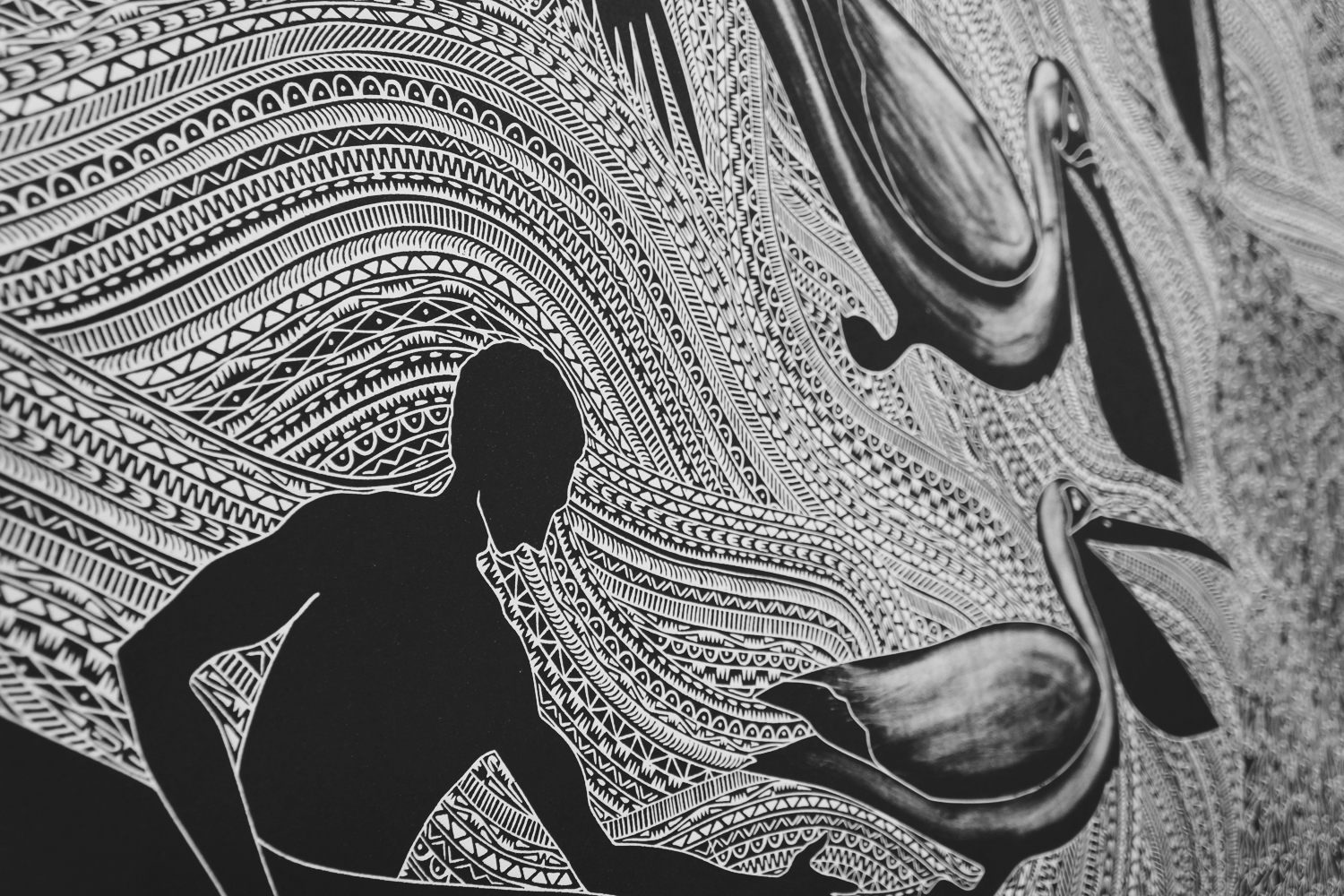 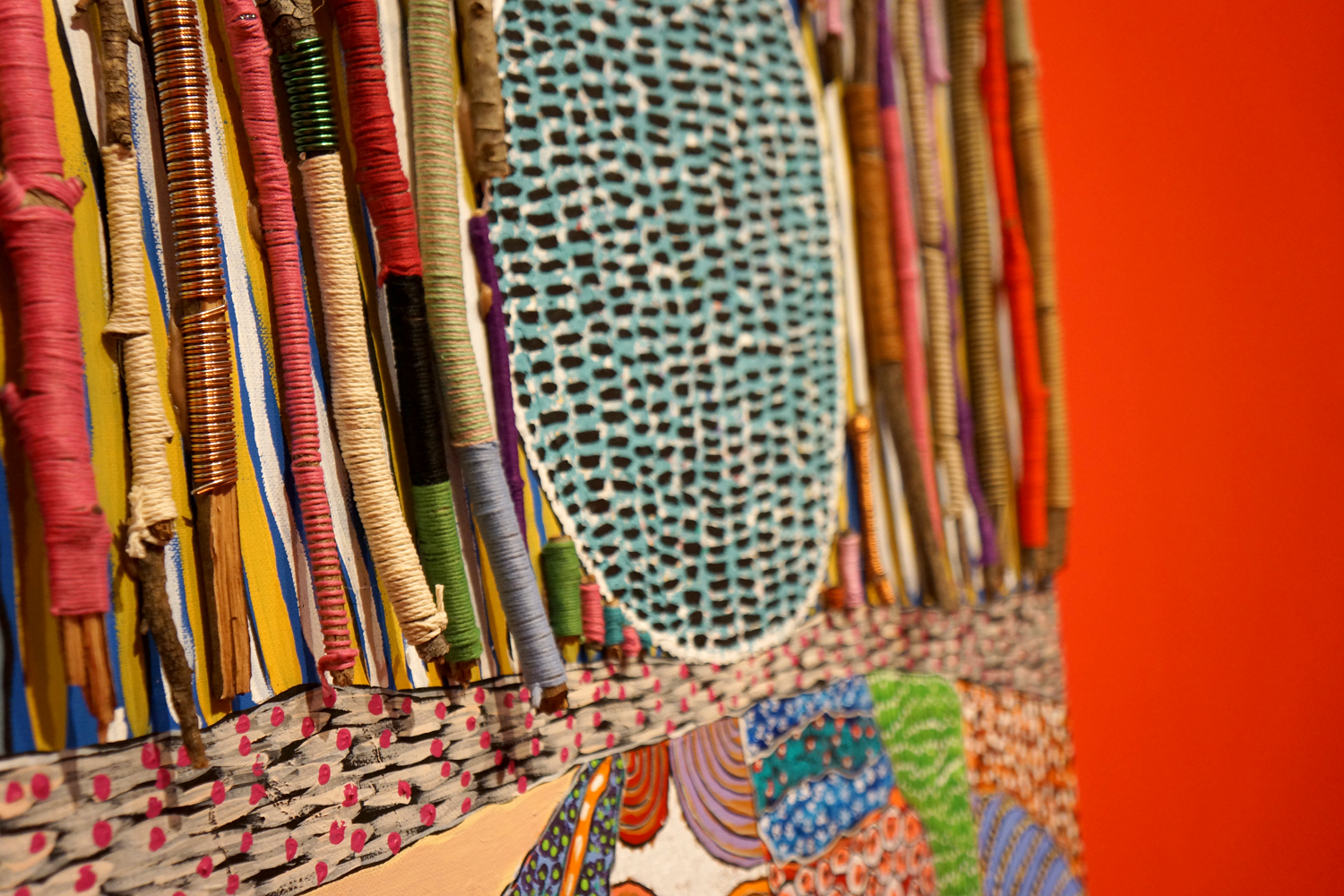 Culture, connection, community and country – while the artistic mediums and diversity of style at the recent Cairns Indigenous Art Fair were wildly varied and sometimes surprising, the stories and subjects threaded through the works were often similar. The theme of this year’s CIAF was ‘Cultural Bliss: An Artistic Response To Happiness’, where artists were asked to express the concept of happiness through their practice. 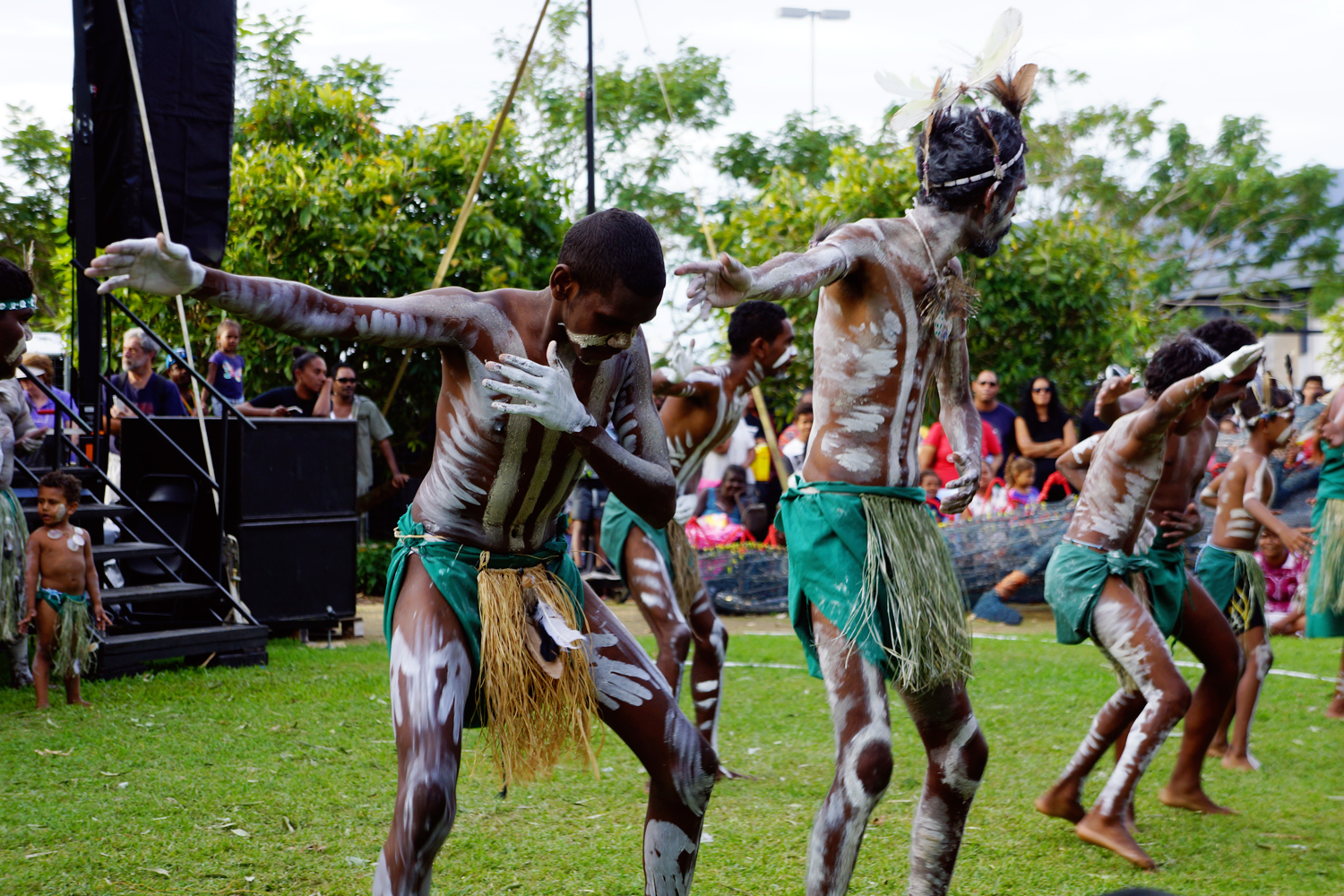 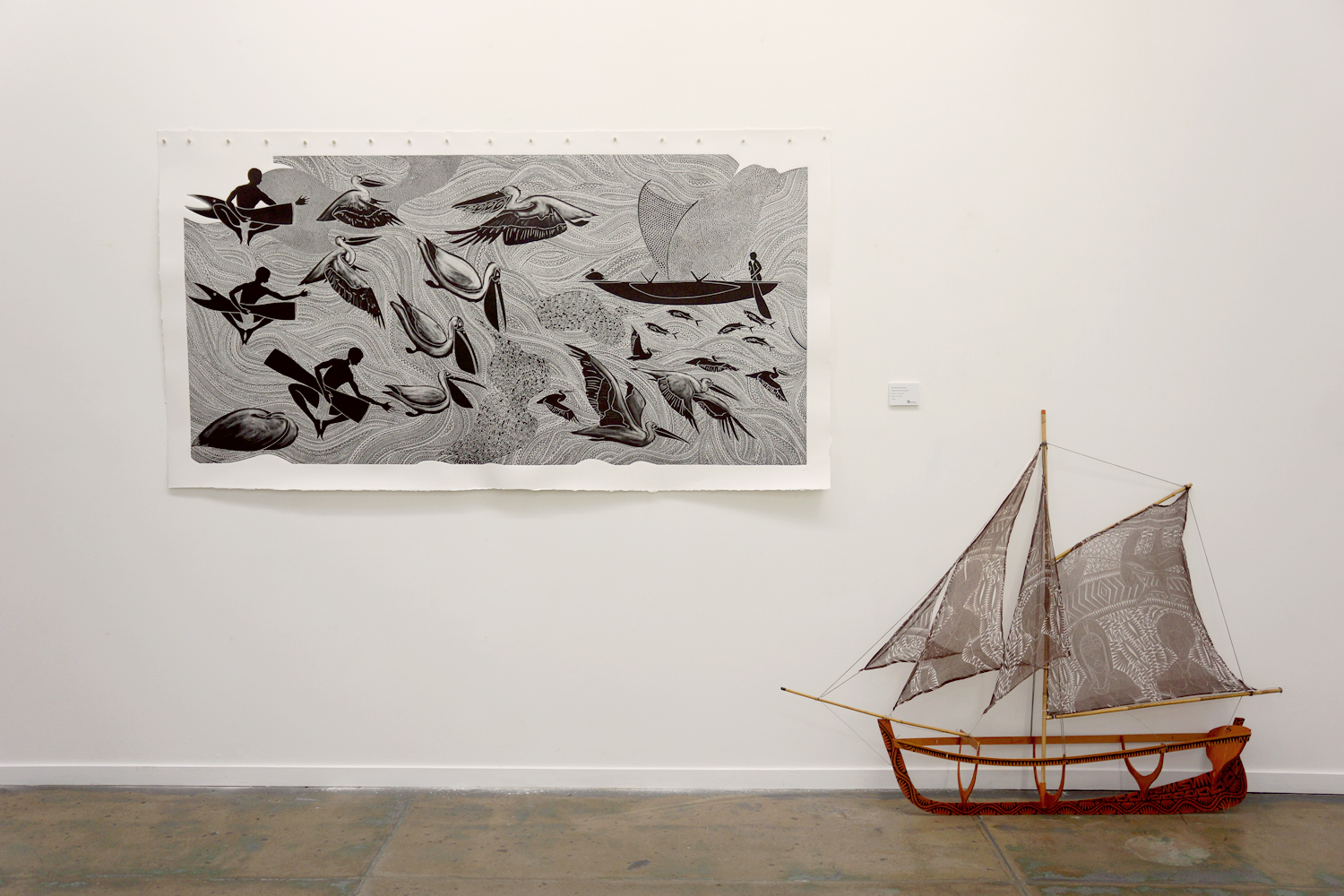 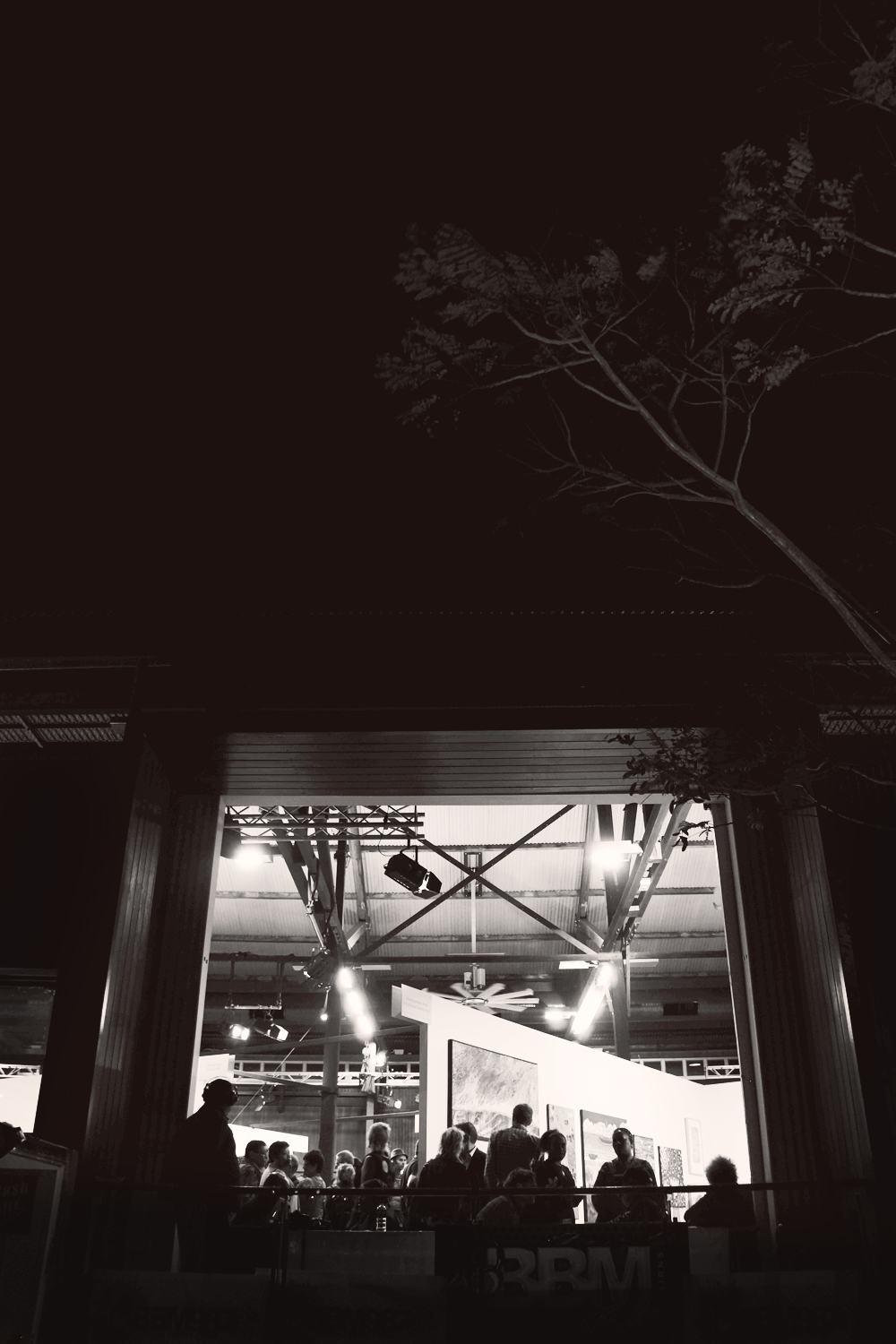 According to the programme curated by Hetti Perkins and Janina Harding: “Aboriginal and Torres Strait Islander people are rarely portrayed or even asked the question – what makes you happy? Instead we are portrayed through the negative stereotypes as victims or perpetrators, and only rarely as victors. Cultural Bliss seeks to change the lens and celebrate Aboriginal and Torres Strait Islander community life as artists reveal their inspirations and reflections on life.”

[tweet_box design=”default”]Aboriginal and Torres Strait Islander people are rarely portrayed or even asked the question – what makes you happy? Instead we are portrayed through the negative stereotypes as victims or perpetrators, and only rarely as victors.[/tweet_box] 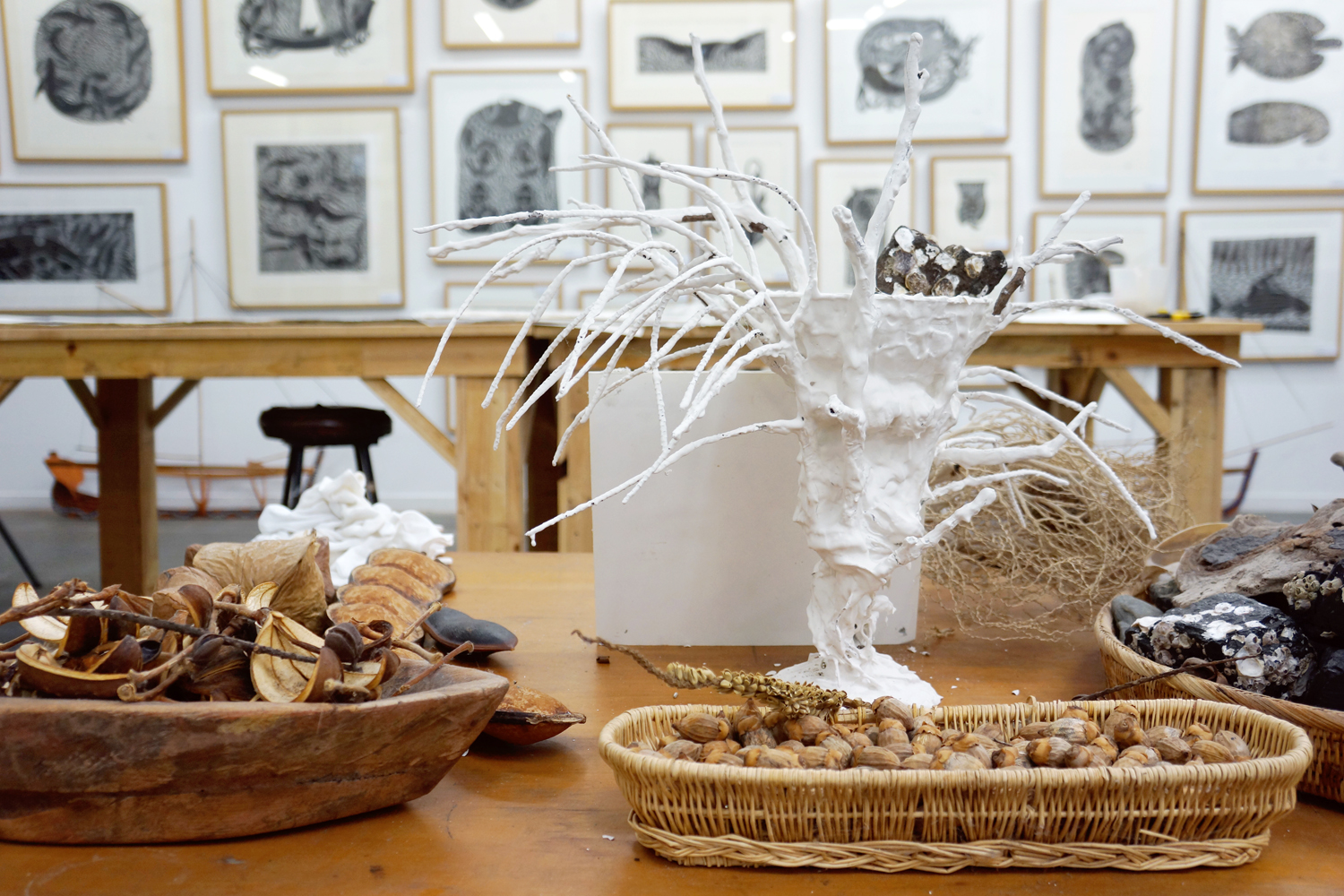 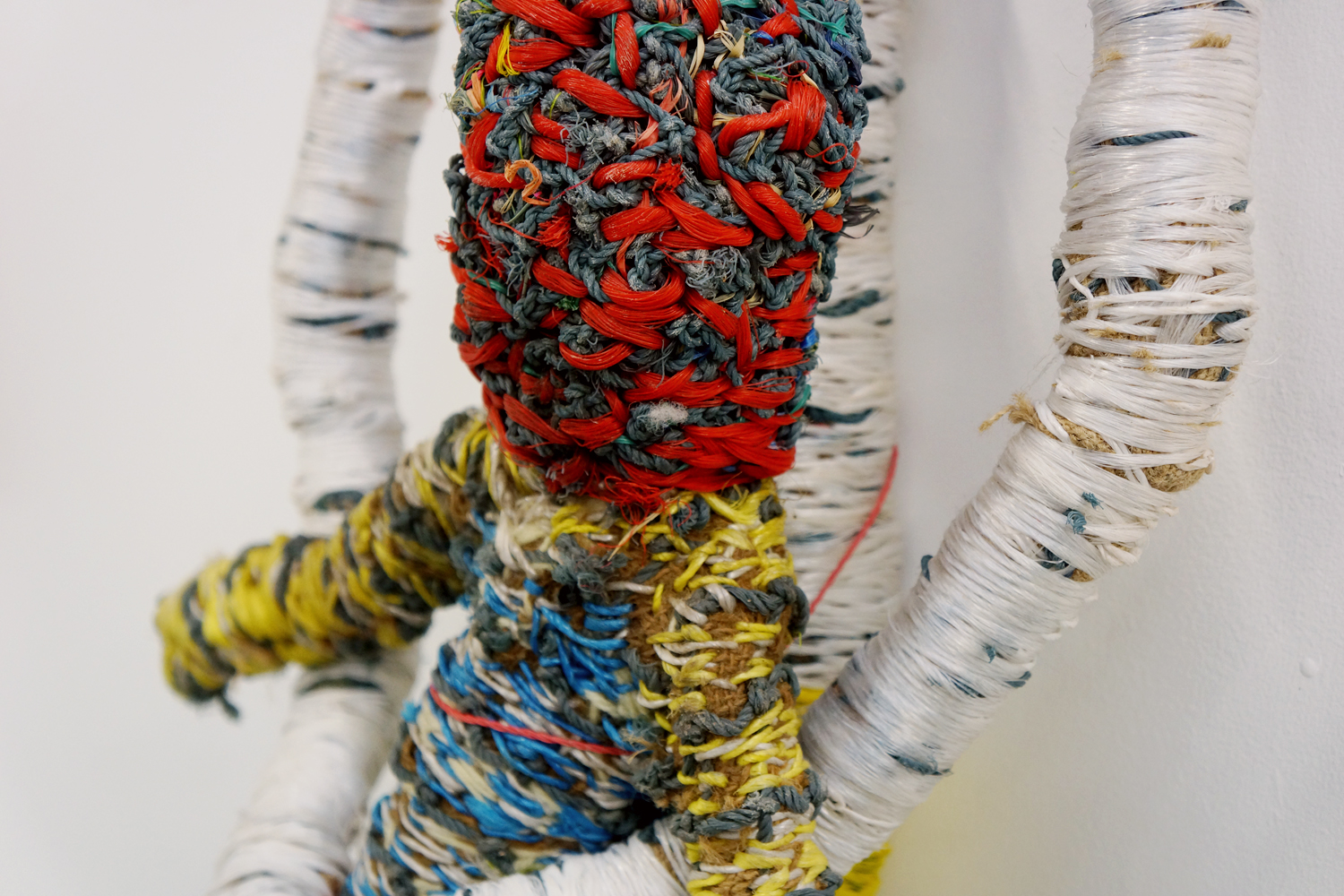 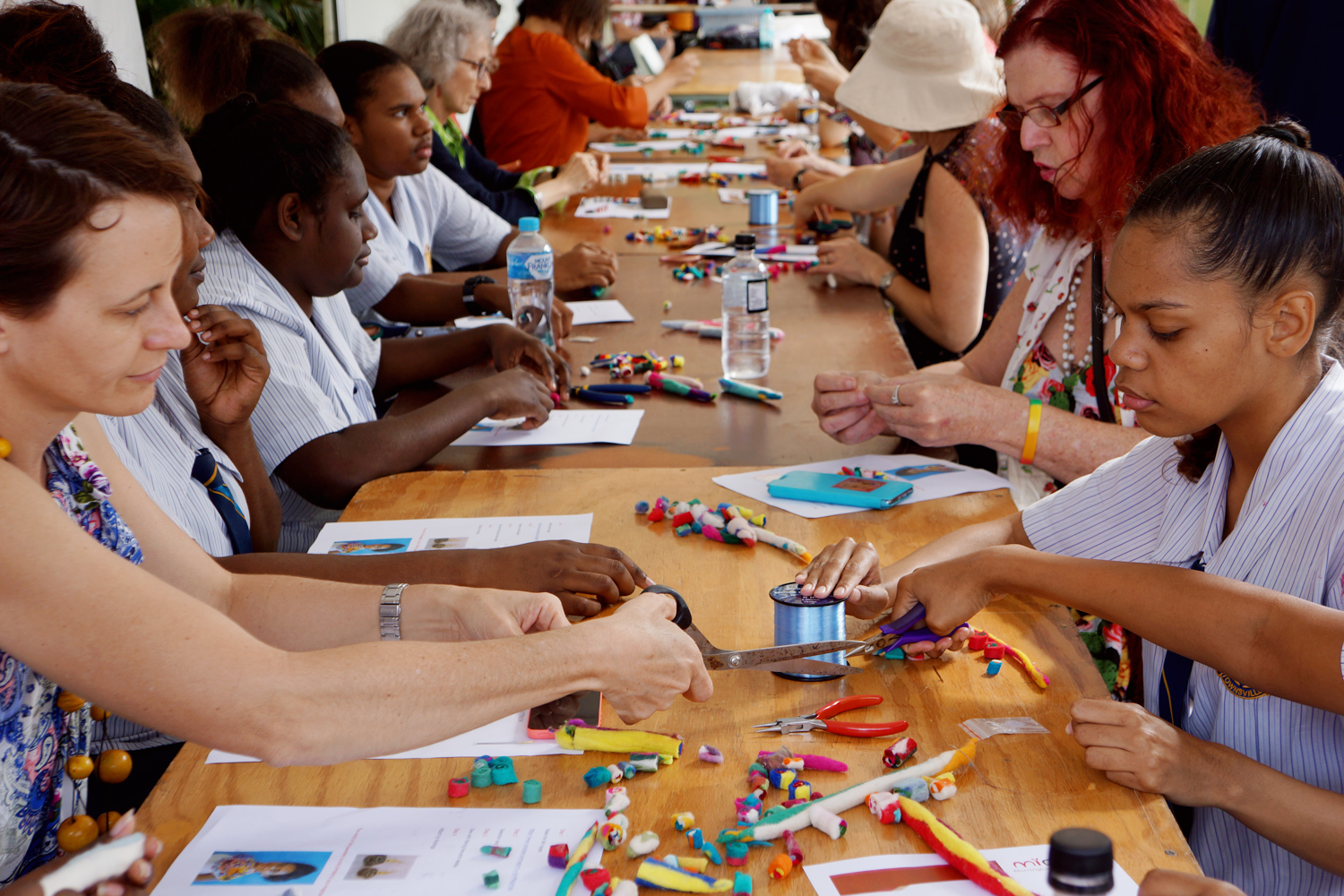 Exhibiting in the show were Cairns-based Torres Strait Islander Glen Mackie (Kei Kalak) with his complex and highly detailed lino-cut prints, Erub Arts from Darnley Island who created a life-sized row boat from ghost nets found at sea, Wik and Kugu Aurukun Art Centre and their popular carved dog sculptures, photography from Christian Thompson and works from illustrator and painter Arone Meeks. While many on show were long-standing artists with strong reputations, the show also supports up-and-coming talent like newcomer Daniel O’Shane – whose strikingly bold and modern vinylcut prints recently earned him the National Works On Paper prize. 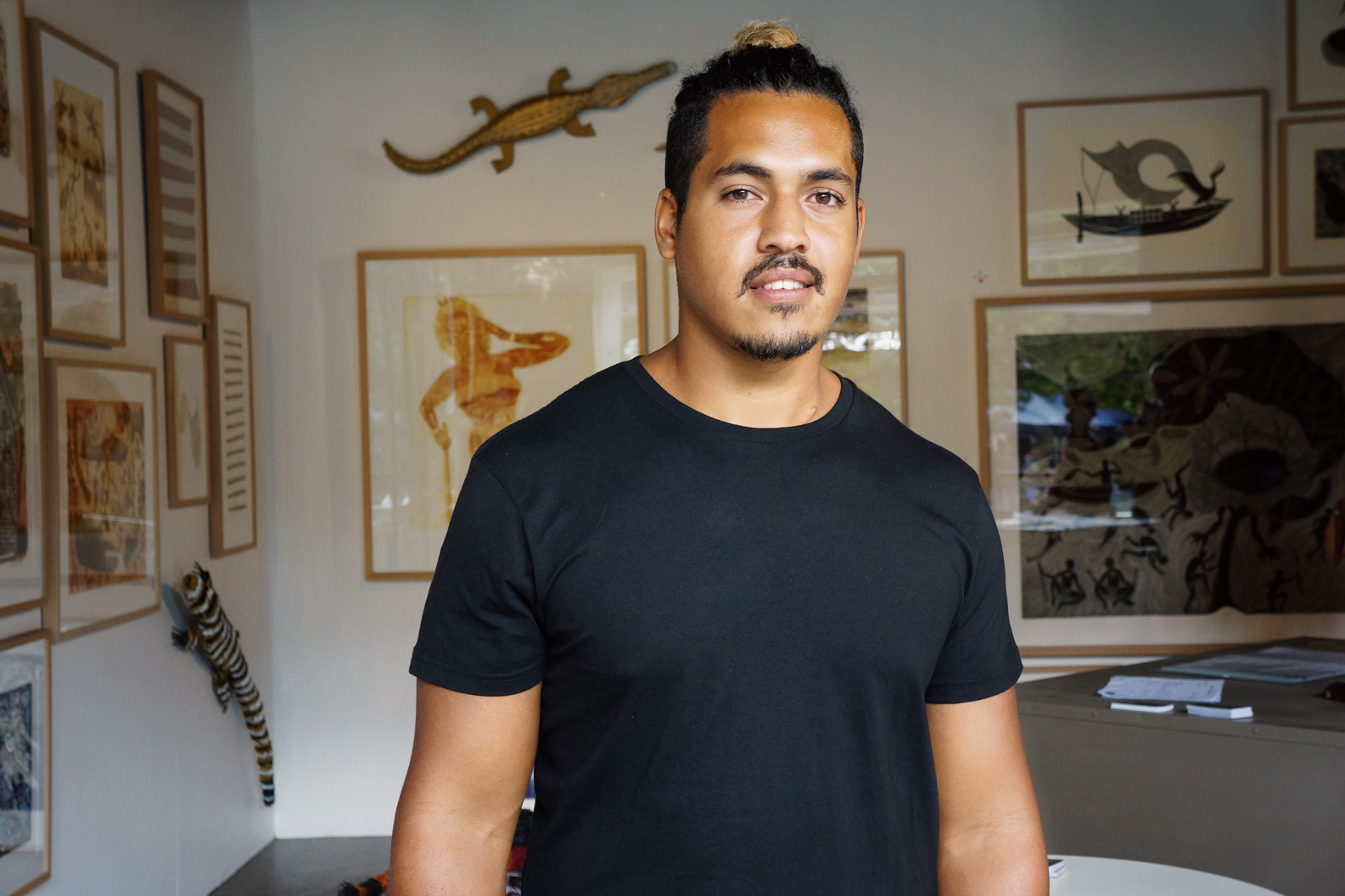 One of the highlights of CIAF was the fashion performance ‘Jana Jaral’ – which translates to ‘respect’ – curated by artist and fashion designer Grace Lillian Lee and choreographed by Fiona Wirrer-George. Artists, designers, textile- and clothing-makers and models collaborated in the spectacular show to celebrate Australian Indigenous culture, storytelling and style, bringing together the old and the new.

“I think it’s a new way of expressing and sharing,” says Grace of the performance. “Even though the catwalk has been around for years, I guess it’s just a new place where Indigenous culture can be expressed through this new dialogue of sharing.” 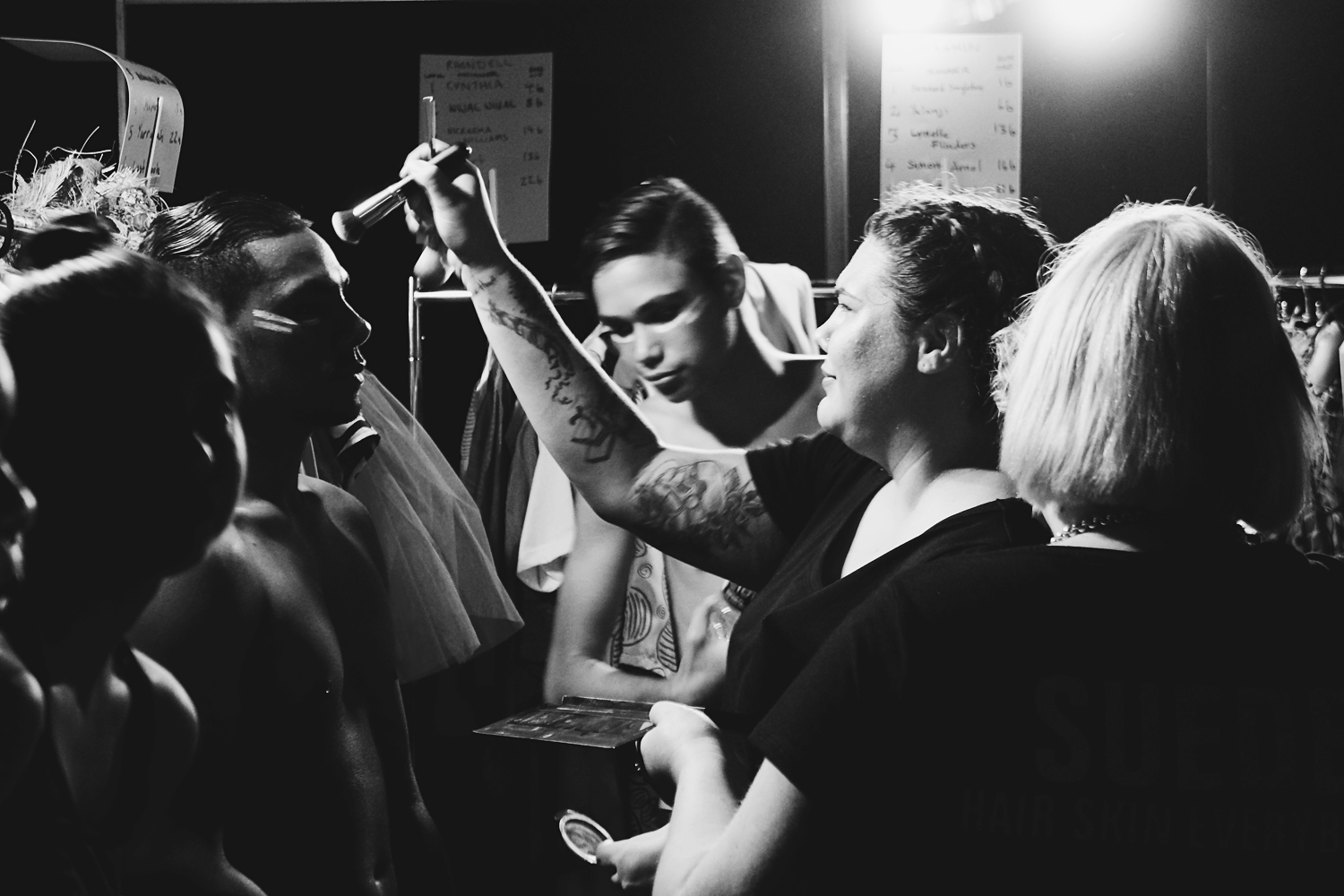 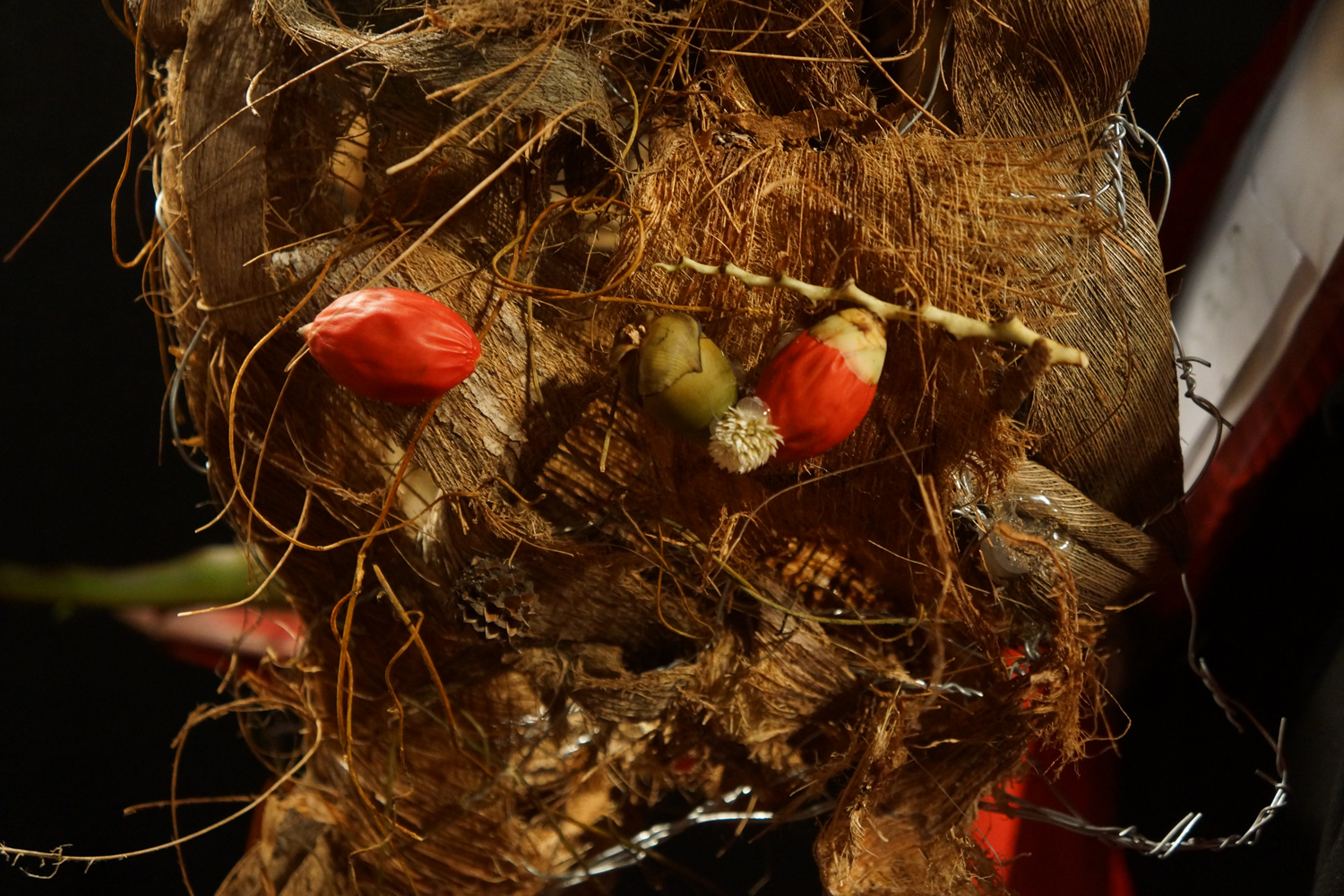 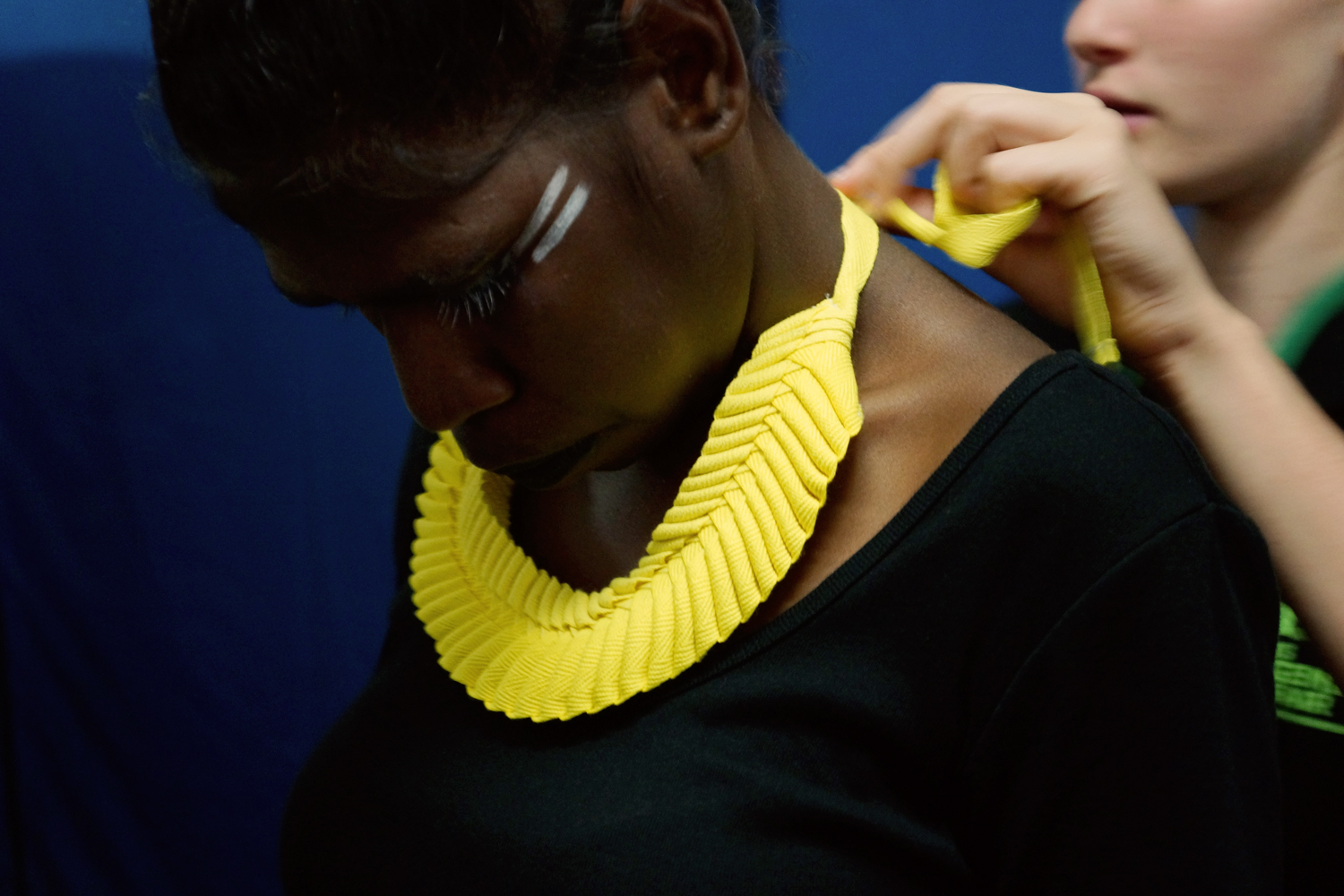 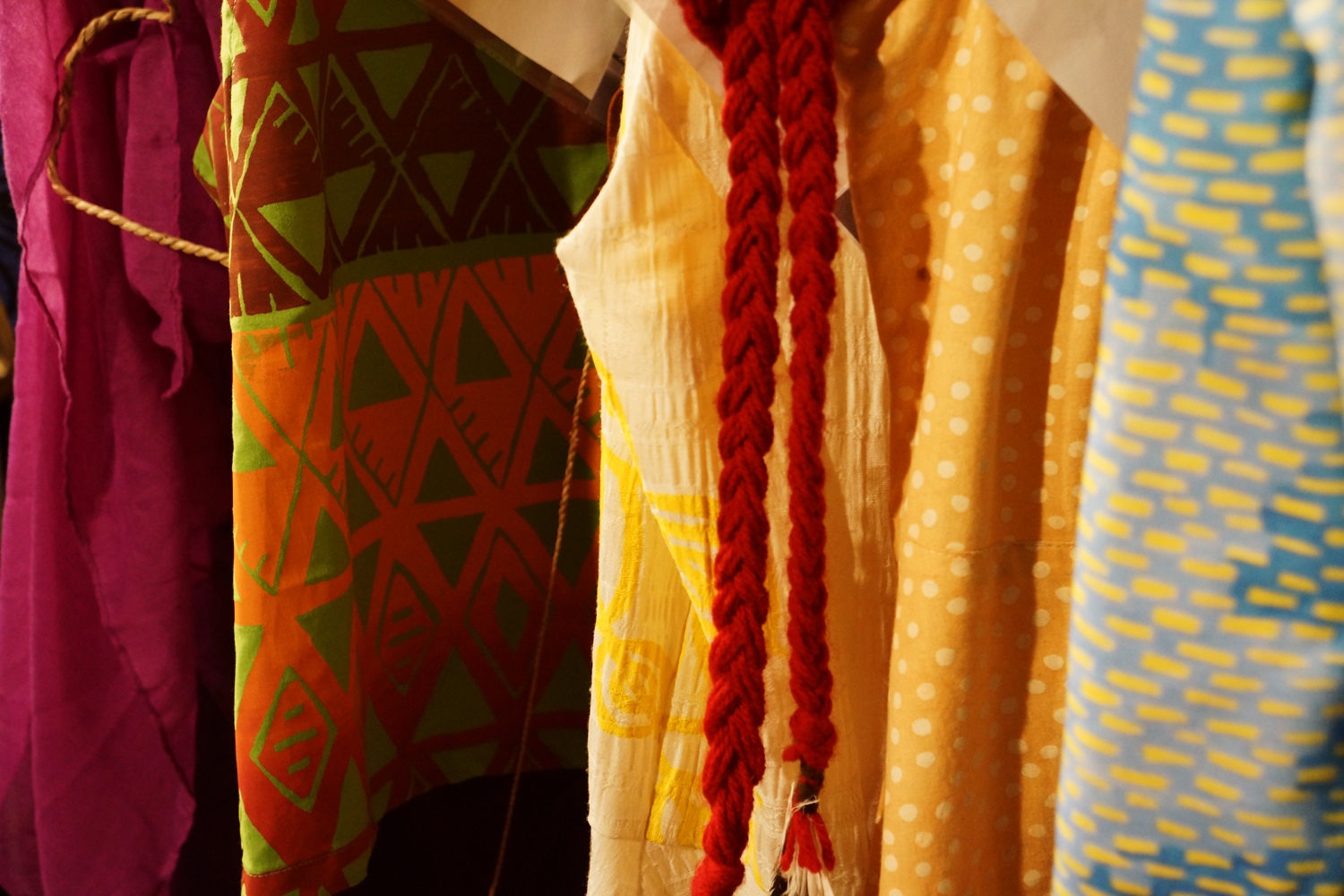 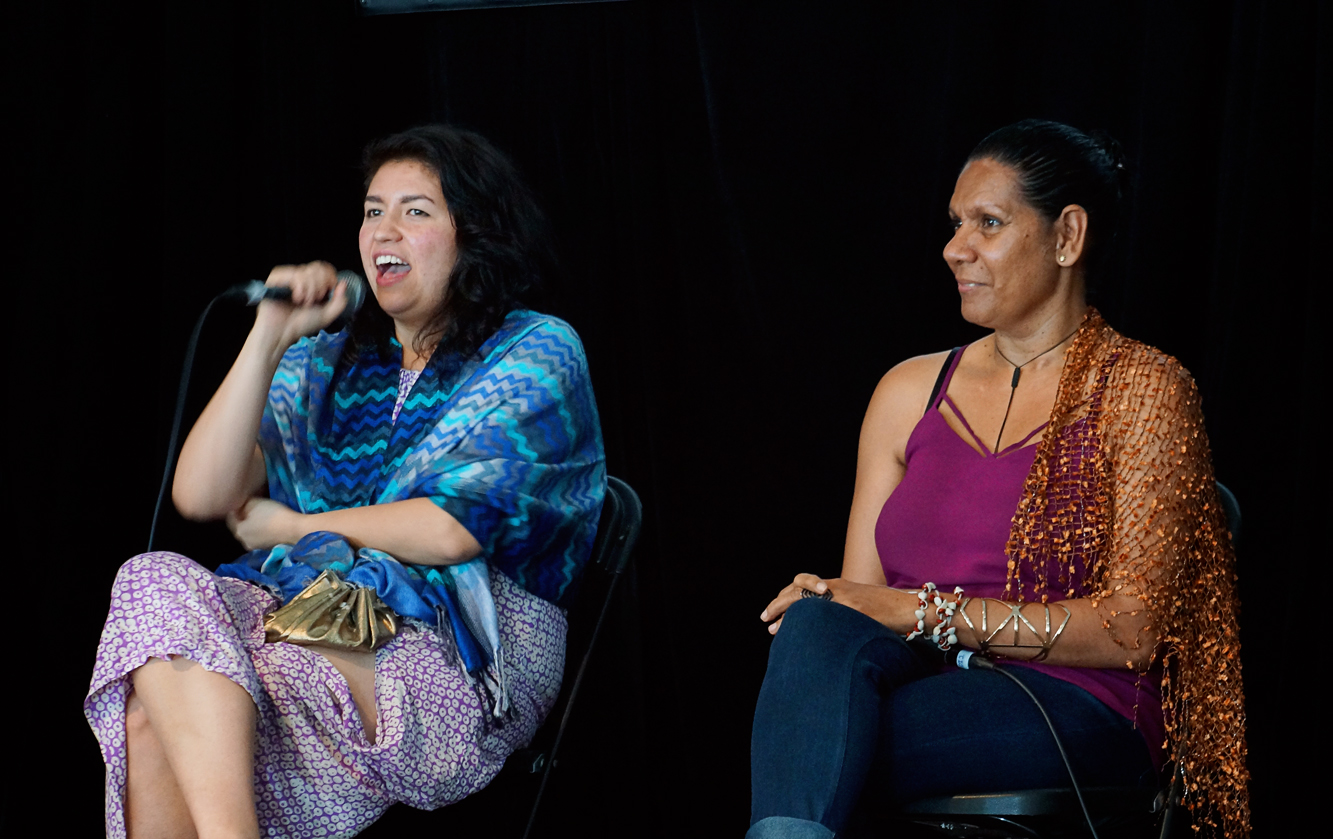 And for me, healing is critical, because when we are healed we are better.

When speaking of the importance of the fashion show, her thoughts on the future of Indigenous arts and the direction she hopes to take with her role, choreographer Fiona explains: “I’m going to continue to explore the concept that’s currently unfolding from an academic perspective – because that’s where I am at the moment – and the role that dramatic reenactment dance movement vocabulary and visual arts wrapped in this cultural package [has on] our ontology as First Nations people. So where I am at is exploring that intellectually, philosophically and academically – because that is vital to the wellbeing of our people. If we can articulate the processes that works for us within our context, within our paradigms, within our ontology, then I think that will have a critical role to play in cultivating a healthy people, a healed people. And for me, healing is critical, because when we are healed we are better. We are able to think, we are able to feel, we are able to breathe and that will enable us to participate and interact and ultimately contribute to what is going to be the best for our mob.”