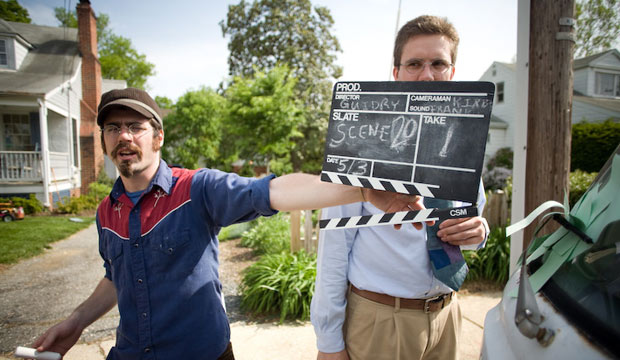 Ever find yourself lamenting that ‘there just aren’t enough hours in the day’? Then spare a thought for entrants in this year’s 48 EcoFilm Challenge. All the creativity involved in producing a film – from the writing, shooting and editing down to soundtrack production – must be squeezed into a 48 hour window starting 7pm, Friday July 6. ‘Green Your Ride’ is the theme of this year’s challenge, which asks filmmakers to imagine a world where oil rigs stop pumping and Australia has to somehow keep moving on without them. Public transport, cycling or car sharing… whatever scenario EcoFilm contestants imagine, it might not be so far-fetched since the world’s oil reserves only have about 40 years to go. If you’d like to try your luck at the competition and be in with a chance to show your film at Cannes, jump on the EcoFilm website and get that imagination firing!