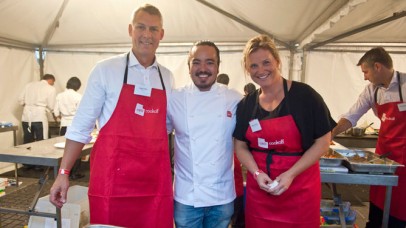 Forget Masterchef and My Kitchen Rules: the CEO CookOff on February 11 is set to become an annual foodie fixture. The CookOff is an initiative of Qantas and charitable organisation OzHarvest, aimed at highlighting issues such as food security and homelessness. In only its second year, the CEO CookOff brings together some of the nation’s most well known CEOs and pairs them with some of our top culinary chefs to prepare meals for the needy. The organisers achieved great success in 2012, raising just under $1m dollars and they are even more ambitious in 2013, hoping for $2m! The event will take place at Cathedral Square right in the centre of Sydney and will feed over 1000 people in need. Find out more at the CEO CookOff website and get cooking!