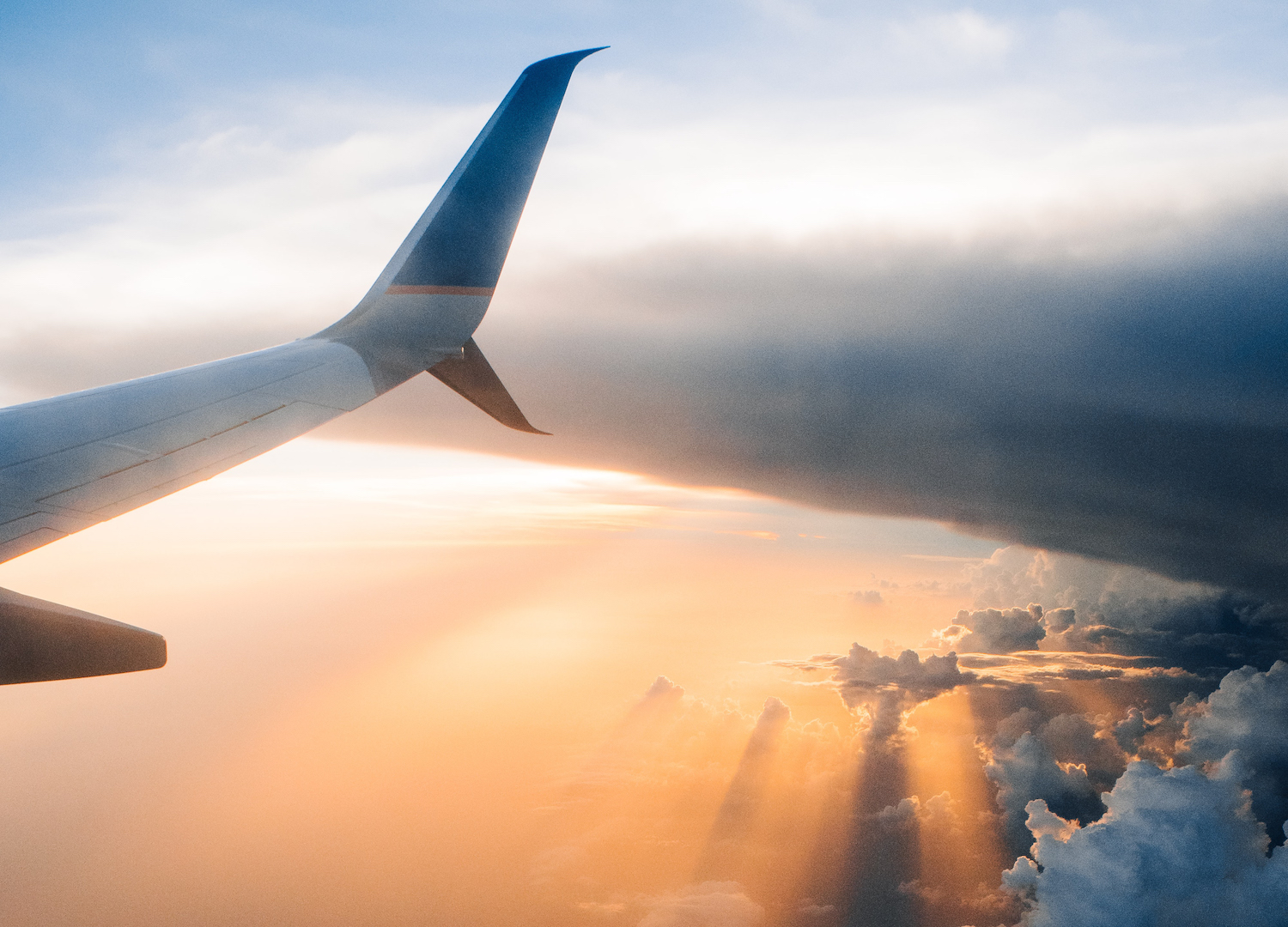 Click a button, plant a tree – this is what carbon offsetting means to many people. But it’s not always that simple.

Over the past few decades, offsetting emissions with carbon credits has become the go-to method for lessening one’s environmental footprint. Whether you’re an individual, small business or government, offsetting has never been more accessible.

But it’s not without its controversies. Additionality, permanence, double-counting and leakage are just some of the factors that make carbon offsetting problematic. The effectiveness of offsetting schemes has been put under the microscope – sometimes with lacklustre results – and companies that commit to neutralising their impact though offsetting have too often been met with allegations of greenwashing.

While many of the criticisms levelled against offsetting schemes are justified – including the idea that it’s a cure-all for our climate ills – when done correctly, it’s still an indispensable part of the climate change solution.

So what does carbon offsetting look like today, what role does it play in the slow march towards carbon neutrality and how does Peppermint stack up? We spoke to the Carbon Reduction Institute (CRI) to find out.

What does carbon offsetting actually mean?

‘Carbon offsetting’ is one of those buzz terms that often gets thrown around without much context or explanation. It’s got a nice ring to it – but what does it actually involve?

In essence, carbon offsetting is a mechanism or process whereby an individual, business or government takes actions to compensate for unavoidable carbon emissions. When we offset fuel emissions from a flight or the carbon cost of shipping, for example, we’re effectively attempting to ‘cancel out’ our negative impact by investing in something positive.

In other words, it’s a way to tip the scales in the environment’s favour.

The world of offsetting has its own currency, called ‘carbon credits’. They’re standard units traded on the open market with a determined value of one tonne of CO2e emissions equal to one carbon offset.

How do those credits get redeemed? There are nearly 800 carbon offset projects in Australia alone that target a range of environmental issues, and many thousands more around the globe. A decade ago, tree planting was the most popular way to offset; today, it’s more likely to occur through financing a clean energy project in a developing country or perhaps funding the preservation of primary forest.

Importantly, carbon offsetting relies on the principle that we all live under one atmosphere: offsetting events can happen anywhere, irrespective of where the emissions occurred. 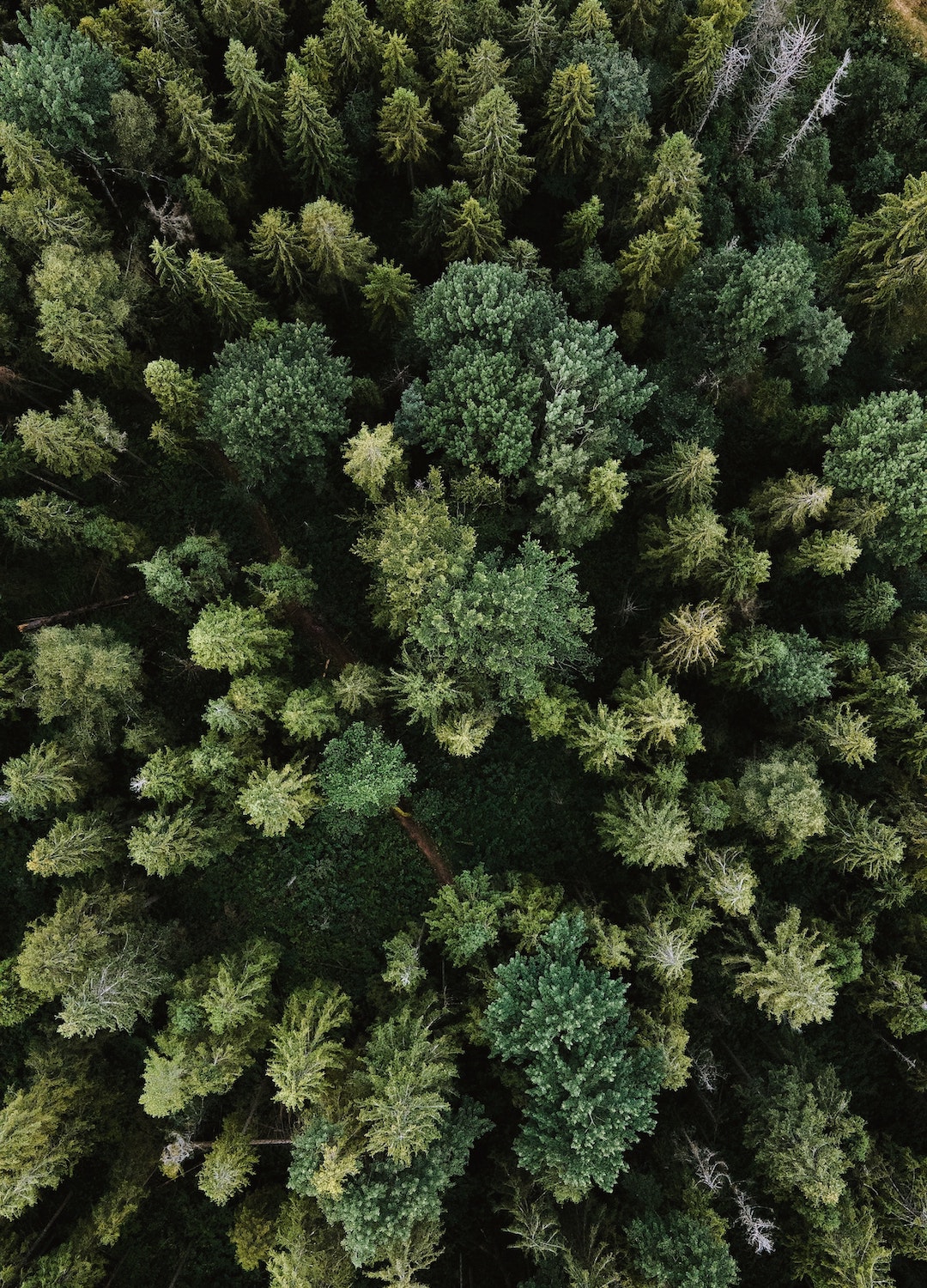 Australia has one of the highest carbon footprints per capita, averaging approximately 17 tonnes per person per year. Yet only one percent of us opt to offset our flights. So why are so many people still sceptical about carbon offsetting?

One of the biggest reasons has to do with data and transparency. While a person’s individual carbon footprint may be relatively easy to estimate – you only need to look at the gamut of online calculators that do just that – carbon offsetting is notoriously difficult to measure with any precision. In the business world where complex supply chains are involved, things become more complicated still.

Then there’s the nature of offsetting projects themselves. If it has any hope of effecting meaningful change, a carbon offset must ‘pass’ three criteria: additionality, permanence and leakage. Additionality begs the question, would the offsetting project (for example, a wind farm) have been executed even without the funding from offsets? Permanence is the principle that to be effective, greenhouse gas emissions have to be kept out of the air forever. Leakage refers to both the tendency for carbon offset projects to simply displace emissions-generating activities rather than negate them (for example, when one piece of forest is protected under a scheme, deforestation may simply increase in another area), and to social problems that may arise from offsetting projects, such as unintentionally violating the rights of local communities.

“Project failures, human rights abuses, financial and operational risk, and indigenous groups not receiving carbon credit income have all occurred under the current regime,” says Garth Mulholland, Senior Manager of Environmental Programs at the Carbon Reduction Institute (CRI). Since 2007, the CRI has helped hundreds of businesses from every state and territory achieve ‘NoCO2’ status, Australia’s most recognised environmental accreditation. They understand better than most the importance of applying stringent criteria when vetting offsetting projects and the importance of a vigorous auditing process.

The CRI deals exclusively with projects that are Verified Carbon Standard, Gold Standard or Australian Carbon Credit Units – and that meet CRI’s own requirements in relation to permanence, additionality and leakage.

Why is carbon offsetting misunderstood?

According to Garth, the biggest misconception is that “the value of carbon offsetting is downplayed or seen as an easy option. Such objections arise from the view that businesses are not ‘walking the talk’ – that they want the recognition for being carbon neutral for marketing reasons and are not committed to reducing emissions”.

One of the major criticisms levelled against businesses that offset their emissions is that it’s little more than greenwashing. But for the CRI, whatever a businesses’ motivation, at the end of the day if they’re on a pathway towards achieving carbon neutral status, it can only be a good thing.

“In our experience at CRI, businesses that target carbon neutrality do see a market opportunity that aligns with their values, goals and client demands – they want to connect with climate conscious consumers and businesses,” Garth explains. “There is nothing wrong with this because if climate change action makes economic sense for businesses, more action will occur.”

“There may be criticism from sceptics and competitors,” Garth adds. “There may even be some that say that you’re not doing enough. I always welcome this criticism because if it comes from a good place, you have a friend for life; and if it doesn’t, you have a chance to articulate your story.”

But shouldn’t we be reducing emissions, not offsetting them?

Can we offset our way out of climate change? Surely our focus should be on avoiding emissions in the first place?

To answer this, consider whether total carbon neutrality is a realistic goal. “For an individual, the answer is always yes – it’s about your choices and actions,” Garth says. “For most businesses, the answer is also yes. But there are some businesses in high emissions industries and/or that have complex supply chains that may need to target carbon neutral over a period of time, usually three to five years.”

“All businesses, even the most environmentally aware, will have a residual footprint of unavoidable emissions. In other words, carbon offsetting is a requirement of achieving carbon neutrality.”

In the CRI’s accreditation process, carbon offsetting comes last and only after behavioural and technological changes – proactive measures to limit emissions – have first been implemented. “All businesses, even the most environmentally aware, will have a residual footprint of unavoidable emissions,” Garth adds. “In other words, carbon offsetting is a requirement of achieving carbon neutrality.”

This is where the CRI’s ‘LowCO2’ certification comes in: a novel program that involves establishing annual emissions reduction targets to bring a business’ footprint down gradually. “We have tailored packages for SMEs to make climate change action accessible and not disruptive to business operations,” Garth explains.

“No system is perfect, and there are risks that need to be assessed, but carbon offsetting is immensely powerful when it’s done right,” Garth says. As well as reducing CO2 in the atmosphere, a sophisticated and sustainable offsetting scheme can have far-ranging knock on effects, from bolstering the global transition to clean energy, to creating positive social outcomes in developing countries. “Carbon offsetting influences other actions within businesses, including creating supply chain pressure. Carbon credit projects also aid in the achievement of the [United Nations] Sustainable Development Goals.”

Every time a business or individual accepts personal responsibility and takes a step in the right direction towards carbon neutrality, it influences the trajectory of legislation – the next critical step in addressing climate change.

“It’s about sending a message to the government,” Garth offers. “Action by businesses shows that dealing with climate change is possible, that it’s not just about managing risk. Carbon neutral businesses should see themselves as part of a community of change for good.”

Here at Peppermint, we have been Carbon Neutral for several years, but are proud to say we have just undertaken an extensive audit through CRI to find out exactly what our carbon footprint is. We are now happy to say that we are 100% Certified Carbon Neutral with complete certainty of the emissions we are offsetting.

It was determined by CRI that the total greenhouse gas emissions from our operations and activities was 37.33 tonnes of CO2e (tCO2e) over the previous 12 month period. The majority of this comes from the printing of the magazine which totals 29.05 tCO2e. Embodied emissions associated with the paper stock consumed were discounted due to our use of carbon neutral certified paper. We also run our office on 100% Certified GreenPower which helps to reduce our footprint too. 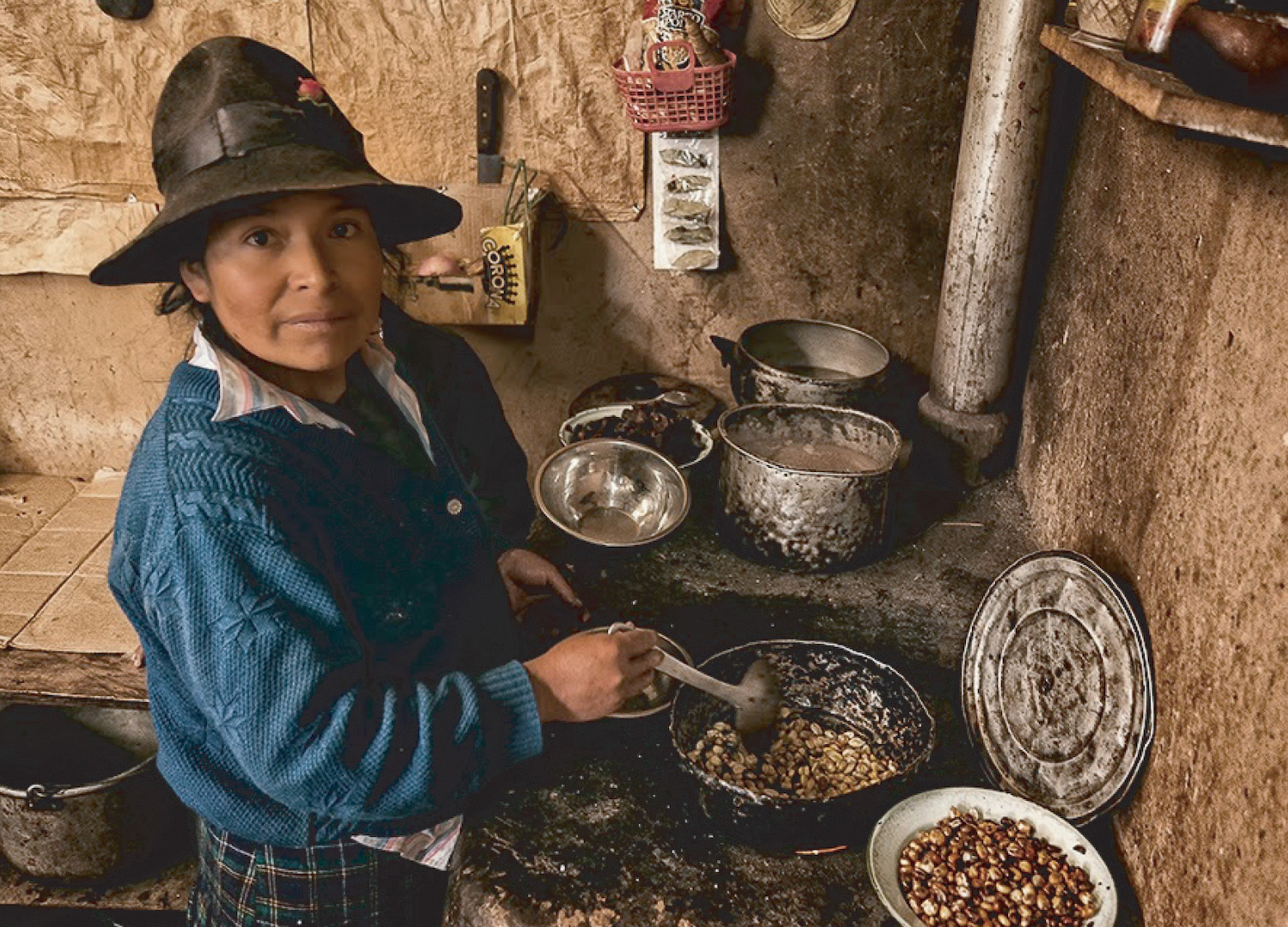 We have chosen to offset these emissions through the ‘Cookstoves in Developing Nations’ project. According to CRI:

“Nearly three billion people around the world burn wood, charcoal, animal dung, or coal in open fires or in inefficient stoves and without a chimney for daily cooking and heating. This reliance on inefficient cookstoves and fuels leads to a wide variety of environmental problems including deforestation, air pollution, climate change and health. Daily exposure to toxic smoke from traditional cooking practices is one of the world’s biggest, but least well-known killers.

The Cookstoves in Developing Nations project not only reduces emissions and deforestation but results in better health outcomes and has financially rewarded families with savings in money and time. The project also carries significant social benefit in the form of direct and indirect employment for enterprises, manufacturing, distributing, retailing, and maintaining the stoves. The success of cookstove projects has created competition in the industry, resulting in the indirect creation of more jobs. Improved employment opportunities together with lower fuel costs for households are key to improving the livelihoods of poor Ugandan community members. Further to this, the Uganda Cookstoves project has played a major role in protecting and maintaining biodiversity by curbing the need for rapid deforestation. By decreasing the demand for fuel, the demand for natural forest resources is relieved, improving natural capacity for carbon sequestration as well as maintaining habitat for native wildlife.”

Read more about our efforts over here!

Peppermint has been certified NoCO2 by the Carbon Reduction Institute under the NoCO2 Program and is in compliance with program requirements and contractual obligations.