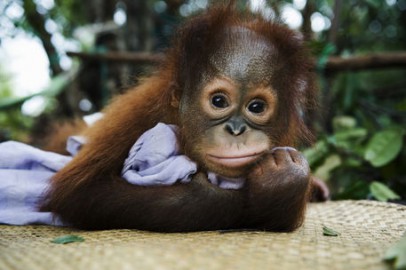 Apart from being ridiculously cute (seriously, just look at those faces!), orangutans are critical in the lifecycle of South East Asian rainforests – and critically endangered. There are less than 50,000 Bornean Orangutans and just 7,000 Sumatran Orangutans left in the wild, because of practices such as deforestation, poaching and illegal pet trade. It’s possible they’ll be extinct in the wild within our lifetime if the current rates of extinction (about 6,000 Bornean Orangutans disappear every year) aren’t slowed. Borneo Orangutan Survival (BOS) Australia is doing its best to rescue and rehabilitate these beautiful creatures, and the organisation has just released its 100th rehabilitated orangutan into the forest. To celebrate and help raise funds for future projects, they’re having an event in Sydney with Lindsay McDougall, aka Triple J’s “The Doctor”, leading proceedings. There’ll be food, drinks and important discussions about the plight of orangutans, so if you’re going to be in Sydney on Thursday November 28th, jump on here beforehand to register – and bring your friends!