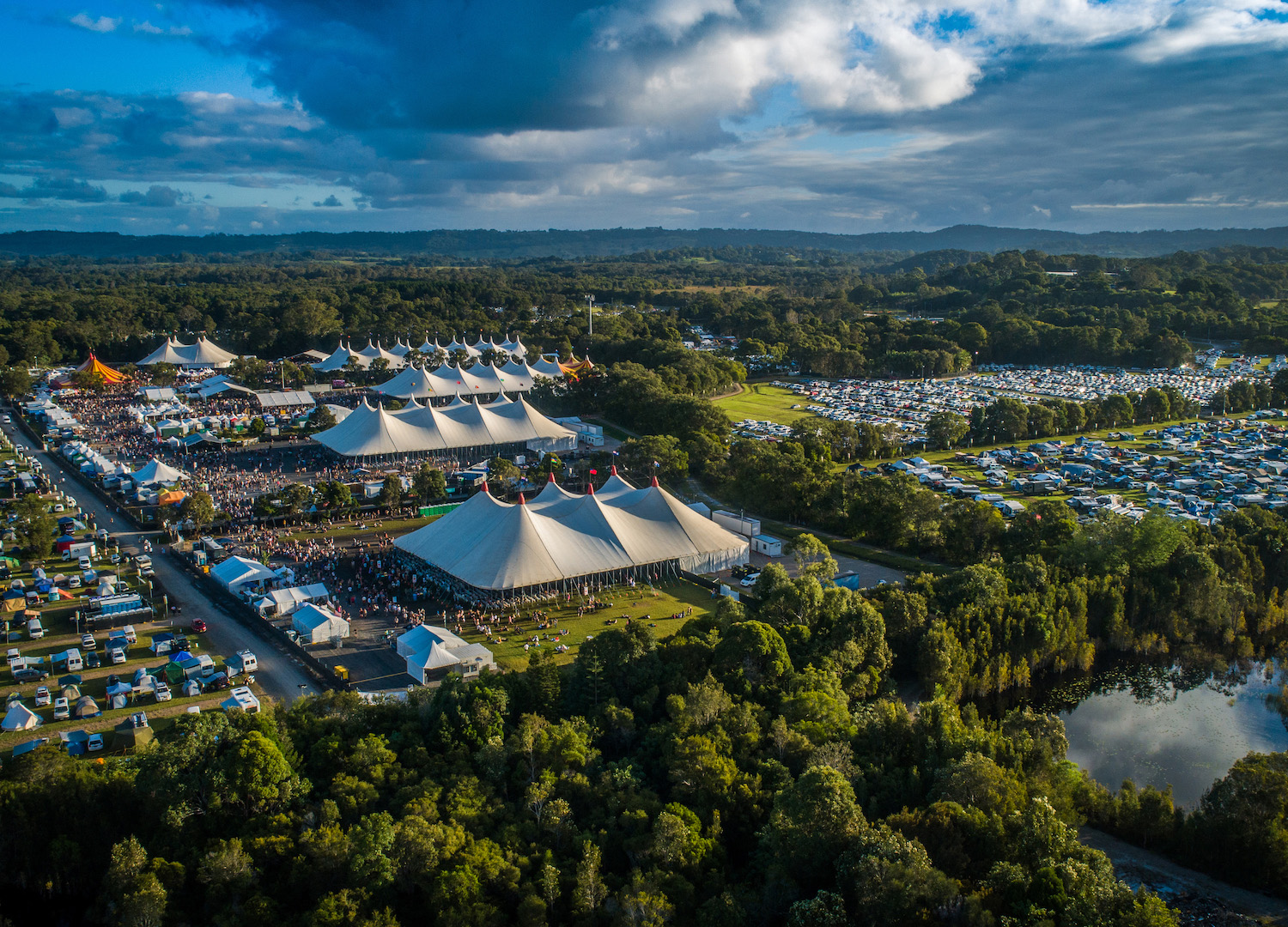 After what felt almost like an eternity (1092 days to be exact), the iconic Byron Bay Bluesfest was resurrected this past Easter weekend showcasing some truly world-class musical talent and signalling somewhat of a return to normality for the music industry. But aside from the music (duh) and joyous humanity that shone perhaps even brighter than before, the festival was a beacon of hope, confirming why it’ll always hold a special place in our hearts. 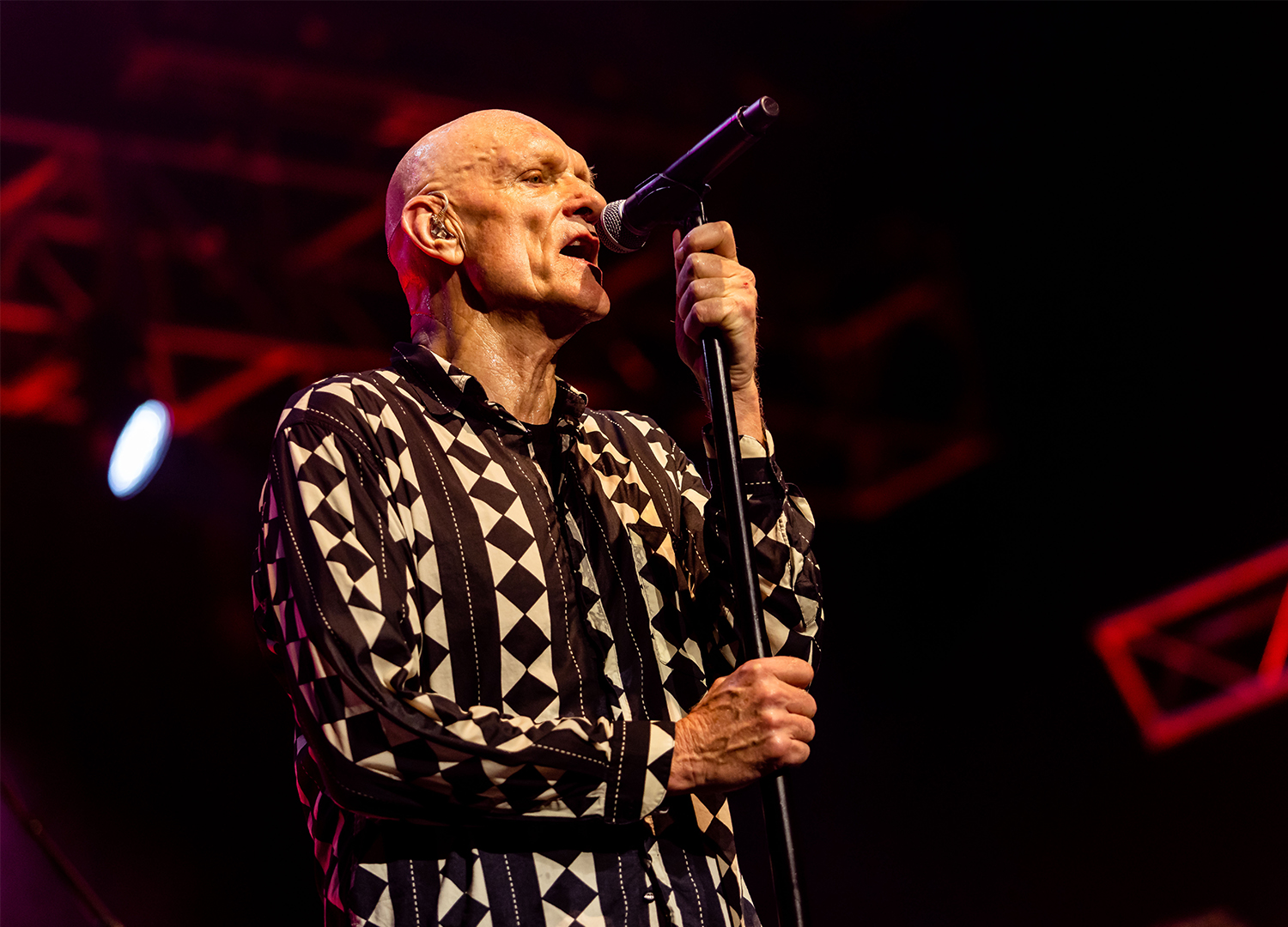 It may be Bluesfest, but the festival (and koalas who call the site home) were all about keeping it green – from an inspired speech by Peter Garrett before Midnight Oil’s rousing climate anthem ‘Rising Seas’ to Green Music Australia’s ‘No Music On A Dead Planet’ tee worn by The Living End’s Scott Owen. While the presence of the 2019 #BYOBottle campaign was missed, the festival kept its focus on recycling initiatives, litter reduction and encouraging the use of shuttle buses to minimise carbon emissions.

Flood relief was the real headline act on the lineup after February’s deluge devastated the region and recent flash flooding turned the site back into a quagmire. Community organisations, including Koori Mail, raised funds at stalls across the site, big screens shouted out messages of support and artists regularly acknowledged the tragedy.

In addition, director Peter Noble has pledged $1 from every ticket sold to go to flood relief raising over $100,000, while hundreds of flood heroes and victims were invited to attend the festival for free. “We wanted to give the flood survivors a joyous moment over the weekend,” Peter said. “People are hurt. People in this area are out of work. They rely on the trickle-down effect the festival provides.”

The return of large-scale, multi-day festivals also means the return of #FestivalFarshun in our feeds. But unlike those Stateside where Coachella meant the outfit du jour was a Y2K flashback, a muddy Bluesfest site saw gumboots a plenty and a slew of vintage stalls all offering a place to hunt for sustainable festival treasures. Bluesfest staple Spell returned with its customary space alongside fellow locals Wandering Folk, Nines Lives Bazaar and Lifeline Byron Bay. 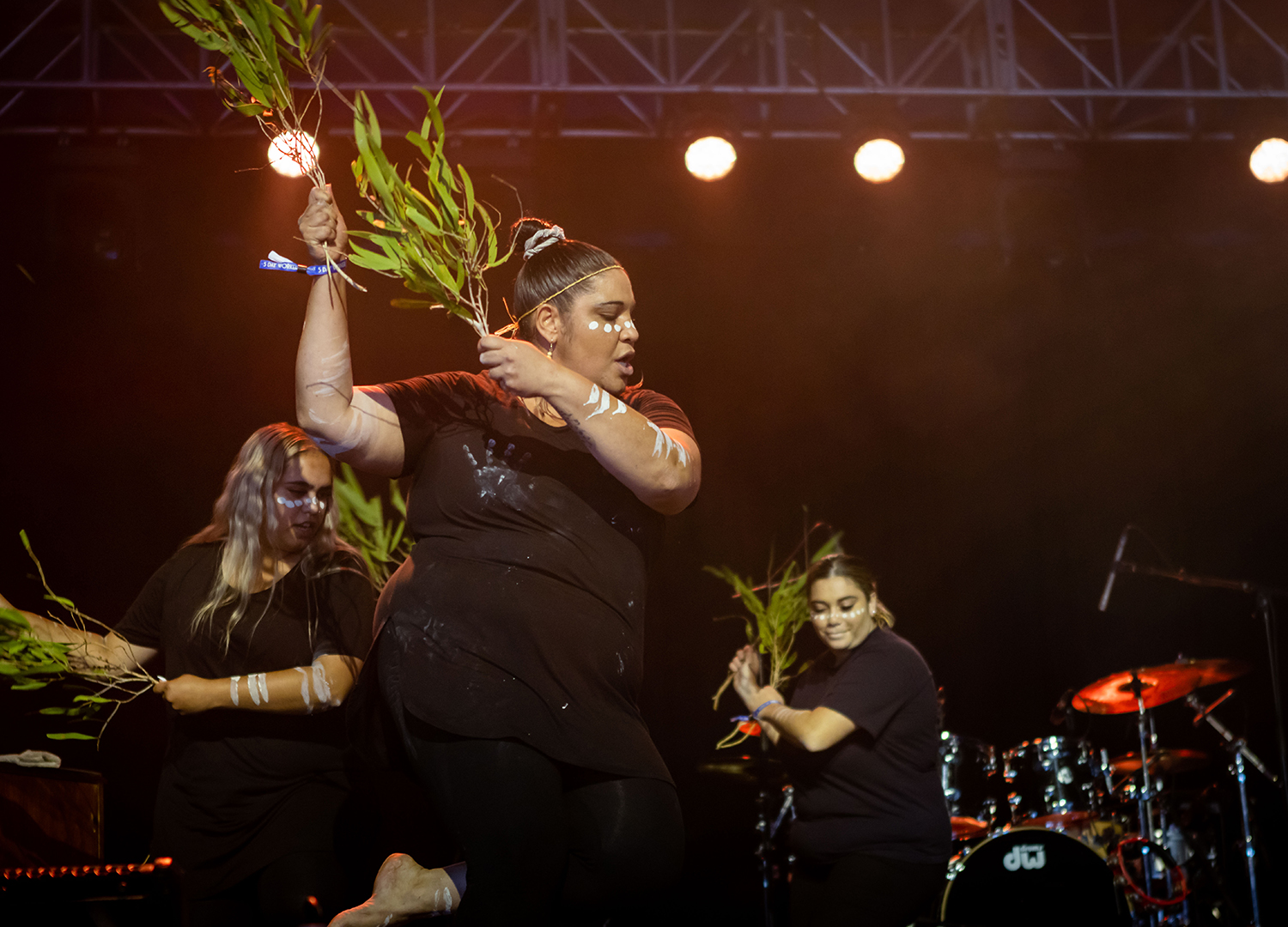 Support for the Arts

While we acknowledge the pandemic still rages on, the return of events like Bluesfest doesn’t just signal a deep sigh of relief for live music lovers, it’s hugely symbolic for the industry as a whole. A return to work for not just the artists but for the roadies, sound technicians, security guards, stall holders, bar staff and tour managers – to name but a few. And after 2020’s cancellation and the NSW Government’s eleventh-hour decision in 2021, the festival is still reeling.

“It demonstrated a lack of understanding of the value of our industry and what we contribute, socially and financially,” Peter shared. “In 2019, we sold 105,000 tickets and generated an economic impact for NSW alone of $270 million. The festival created 1300 full-time equivalent jobs.”

While the festival took a massive hit, it was back at almost pre-pandemic numbers this year selling more than 101,000 tickets and employing 1200 workers, 350 stall holders and 400 volunteers. “This is what our industry does,” Peter said. “Don’t underestimate us.”