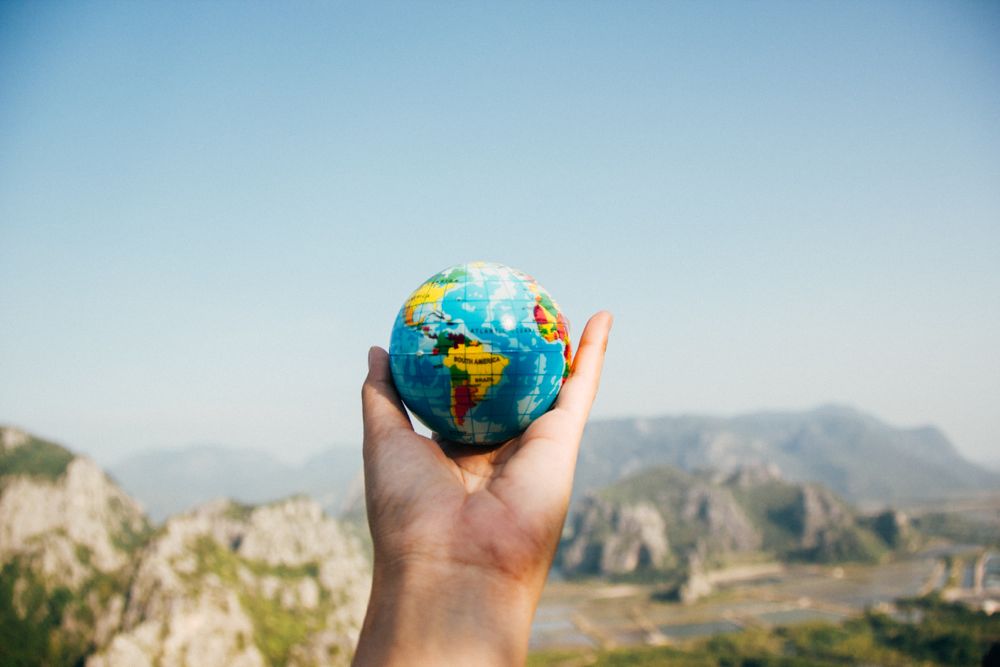 When all’s chugging along pretty nicely in your world – and perhaps even more so when it’s not – it’s easy to get a bit complacent about the state of the planet. Sure, climate change is real, but if you’re kitted out with a reusable coffee cup, energy-saving light bulbs and a well-used recycling bin, it can be tempting to think your work here is done. Right?

Unfortunately, it turns out many things are getting worse rather than better, and we’re all partly responsible for the downward slide. The upside to that depressing news is that many experts believe there’s still time to turn things around. The key? Everyday people must collectively get educated – and then start demanding action. With that in mind, we’ve rounded up five climate change documentaries that’ll shake you out of your reverie quick smart. Carve out some time in your schedule to sit down, watch these docos and get fired up in the best way possible.

This visually stunning documentary tells the incredible story of how a former climate change sceptic – National Geographic photographer James Balog – managed to capture some of the most compelling and undeniable images of our planet visibly warming.

After a 2005 trip to the Arctic for National Geographic opened his eyes to the reality of melting ice caps, James decided to try capture exactly that on camera. He launched The Extreme Ice Survey and began deploying revolutionary time-lapse cameras to capture the movements of glaciers over many years. The result? Hauntingly beautiful videos that compress years into seconds, and show ancient mountains of ice disappearing at a breathtaking rate. Chasing Ice will show you climate change as never before.

The Age of Stupid

Like many excellent ideas before it, The Age of Stupid was fuelled by a few beers and a chat with a mate. British director Franny Armstrong was mildly hungover when she hatched a plan to make this doco about oil, which pinches the ingenious structure of Stephen Soderberg’s movie Traffic.

The whole thing’s told from the perspective of a man living in the devastated future world of 2055, looking back at old footage from our time and asking why we didn’t stop climate change when we had the chance. The doco’s actually sparked tangible change – it led to the 10:10 carbon reduction campaign, which now operates in 45 countries.

Now’s the perfect time to revisit former US vice president Al Gore’s Academy Award-winning documentary, as a much-awaited follow-up (engagingly named An Inconvenient Sequel: Truth to Power) is set for release in July.

A quick recap on film #1 – after narrowly losing the 2000 US presidential election to George W Bush (a controversial vote recount in Florida was halted by the US Supreme Court, which ruled in favour of Bush), Gore left politics and turned his focus to environmental activism. In 2006 he released An Inconvenient Truth and began touring the globe – presenting his film in person thousands of times, in order to educate ordinary people on the realities of global warming. His groundbreaking doco has been credited with raising awareness about the climate crisis and helping shape the modern environmental movement.

And here’s a sneak-peek of Gore’s second instalment, An Inconvenient Sequel: Truth to Power.

An oldie but still a goodie. First released in 2007, time has done little to dull the worrying message presented by Leonardo DiCaprio and the 50-plus renowned experts interviewed for The 11th Hour – a title that refers to the limited time we have to drastically reverse our planet-wrecking ways.

The major problem, The 11th Hour posits, is our global move away from existing on current energy – the sunlight falling on crops and animals to feed and warm us all each year – in favour of coal and oil. That’s allowed us to plough through millions of years of stored energy all at once, creating a level of pollution and climate change that could very well be the death of us all. Whilst The 11th Hour doesn’t make for light watching,  there is a message of hope towards the end – a call to action that proves we can all be part of the solution.

This second Leonardo DiCaprio-led doco, released last year, is a far easier watch than its 2007 predecessor – largely because it’s much more smoothly produced. Leo himself feels more personable, too, presenting himself as an average Joe Blow who just happened to be named United Nations Messenger for Peace for climate change in 2014, then decided to dive deeper into what all the global warming fuss was about.

Distributed by National Geographic, Before the Flood follows Leonardo as he helicopters onto the Greenland ice sheet, witnesses thick smog in Beijing, flies over Sumatran forests being cleared for palm oil plantations, interviews Barack Obama one-on-one and checks out the giant Tesla ‘gigafactory’ in the Nevada desert. A moving look at the situation we’ve got ourselves into, Before the Flood also offers some possible ways we might claw our way back out again.